Catalan Caldereta de Bogavante = Lobster Stew. Do you have a lobster stew ? 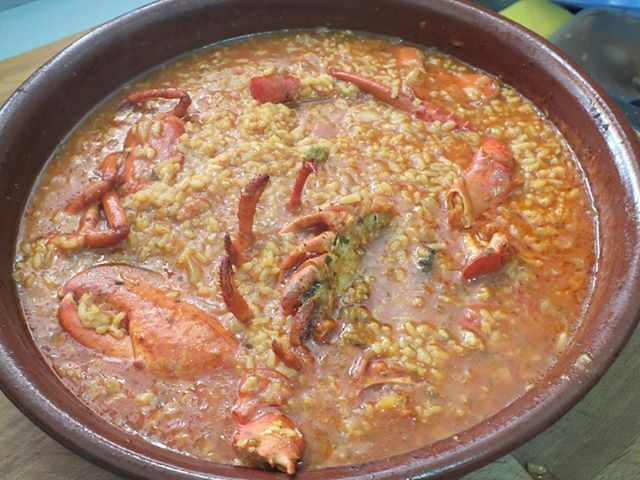 Caldereta de Bogavante is always a successful pleasantry for family reunions and get togethers with dear Friends or as a romantic dinner for 2.
This récipe serves 4.

That seems like an awfully long time to cook lobster - doesn’t it get tough?

It is tenderised in the sauce of prawn or fish broth & tomato sofrito after it is boiled in wáter and sea salt. More or less just until “al dente” … Then it is shucked from Shells and placed in the sauce or what we call Sofrito.

Ah. I thought maybe lobster was like squid, which “relaxes” after cooking for a while. The only way I’ve made lobster at home is to steam it.

Friend from North Carolina called , visiting the area so invited her for late lunch with son
Seafood Cataplana was menu
Using the bones of duck legs from last night’s dinner, I made a broth adding herbs to it. To the cooked broth, I add a pinch of Spanish smoked paprika and saffron as well as a couple pieces of macerated chipotle and adobo sauce for that extra kick,
I made Soffrito in my wok using onions caramelized till golden brown, carrots till tender, garlic and herbs in that order, then pulverized tomato, bell peppers until tomato became brown. I then browned some maple farm duck sausages and added to the the soffrito.
These were added to the cataplana pot, 2 filleted red drum fish , frozen Argentina wild shrimp, ( I use these frozen as I do not want them to overcook in the cataplana which is the prototype of our pressure cooker for those who are not familiar with cataplana. It cooks fast , on medium heat and for the size pot I chose, it took around 8 min for steam to develop at which time it is cooked. So, not to overcook shrimp and I toss them in frozen) .
This was served with toasted asiago cheese bread from Panera, and lemon juice.
Here is a picture of my cataplana pot for 3-4 people. Have one for 2 and one for 10-15 for large parties . Except for the smaller one, these were hand hammered in Portugal, much much sturdier and heavier copper than the usual pot one buys thru internet or at Portugal market.
This is more soffrito ( including duck sausage) that I need as usual, so I am freezing part of it for future use) I usually add a tin of anchovy in Evoo but since I am using duck sausage for the first time, I am not sure of salt content, so anchovy was omitted, instead, left over soy sauce, garlic , lime dip from last night was offered if needed.
also offered some left over butternut squash , beet apple salad etc with baby spinach. 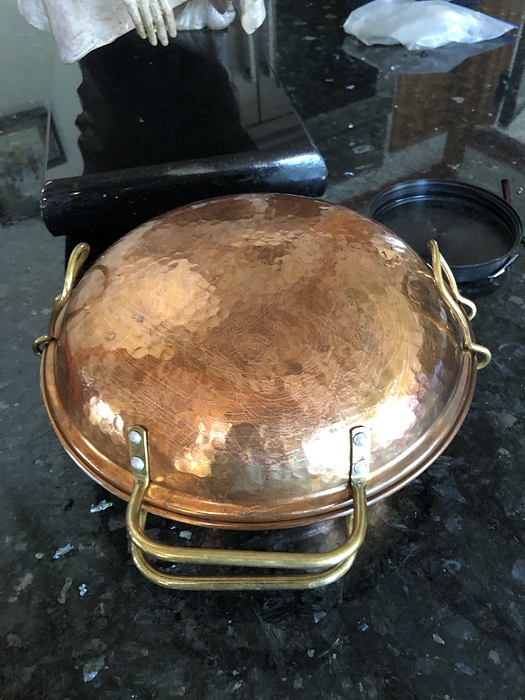 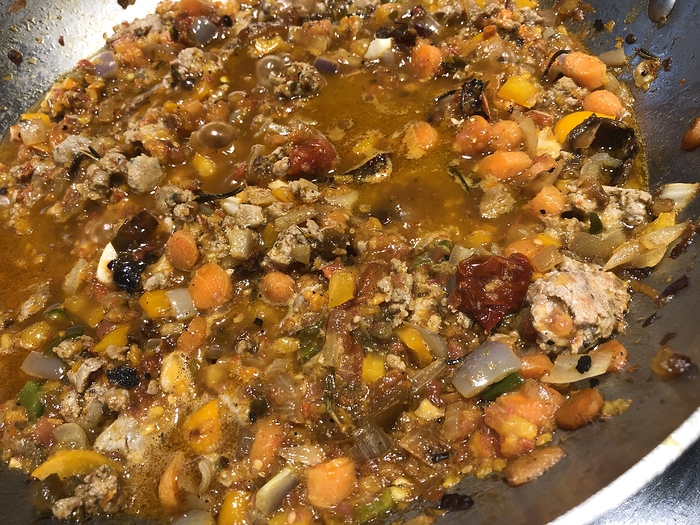 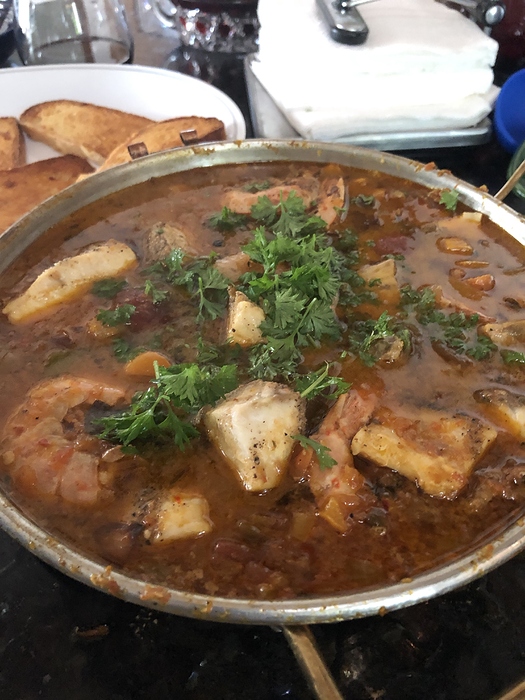 This is a very lovely Portuguese copper cataplana.