Can I do an English Chuck Shoulder Roast low and slow in the oven?

do an English Chuck Shoulder Roast low and slow in the Oven?

Roast in question is 2.84 lb. I’d like to rub the roast tonight and keep it in the reefer overnight. Then put it in the oven at, say 225 degrees for an extended time. Will this work? Will this be a disaster?

Yes, you can. And you might get more replies if you still have time to edit your title to give more info.

If you plan to use it as a roast beef and want a pink/red center, put it into the oven when it’s cold, use a thermometer, and pull it at 115 degrees. Let it sit for 20 minutes as you up the oven temp to 450F. Then put it back in for just a few minutes to get a deep brown crust. Pull, rest for 15 minutes before serving. That’s a small piece of meat so be careful not to overcook it. Slice it thinly, across the grain.

If you want a pot roast, let it come to room temp and surround it with chopped onion (plus other aromatics if you want) before putting it, uncovered, into the oven. The veg will exude lots of juice, and you can also add broth or any canned tomato product, leaving the upper half of the roast above the level of the liquid. When it is browned, flip it over and continue cooking till the second side is browned.

I’ve had enough Pot Roasts to last me a couple of lifetimes, grey. Just hoping to make this into a tender and savory sliced beef roast. Not “chunked”. Thank you for your reply.

H O did some editing for me, cath. Thank you for your affirmation.

Reason for asking is that chuck in the UK isn’t sold as a roast - at least under that name. Diced for casseroles, thick slice for braising, or minced, would be our usual way of using it. 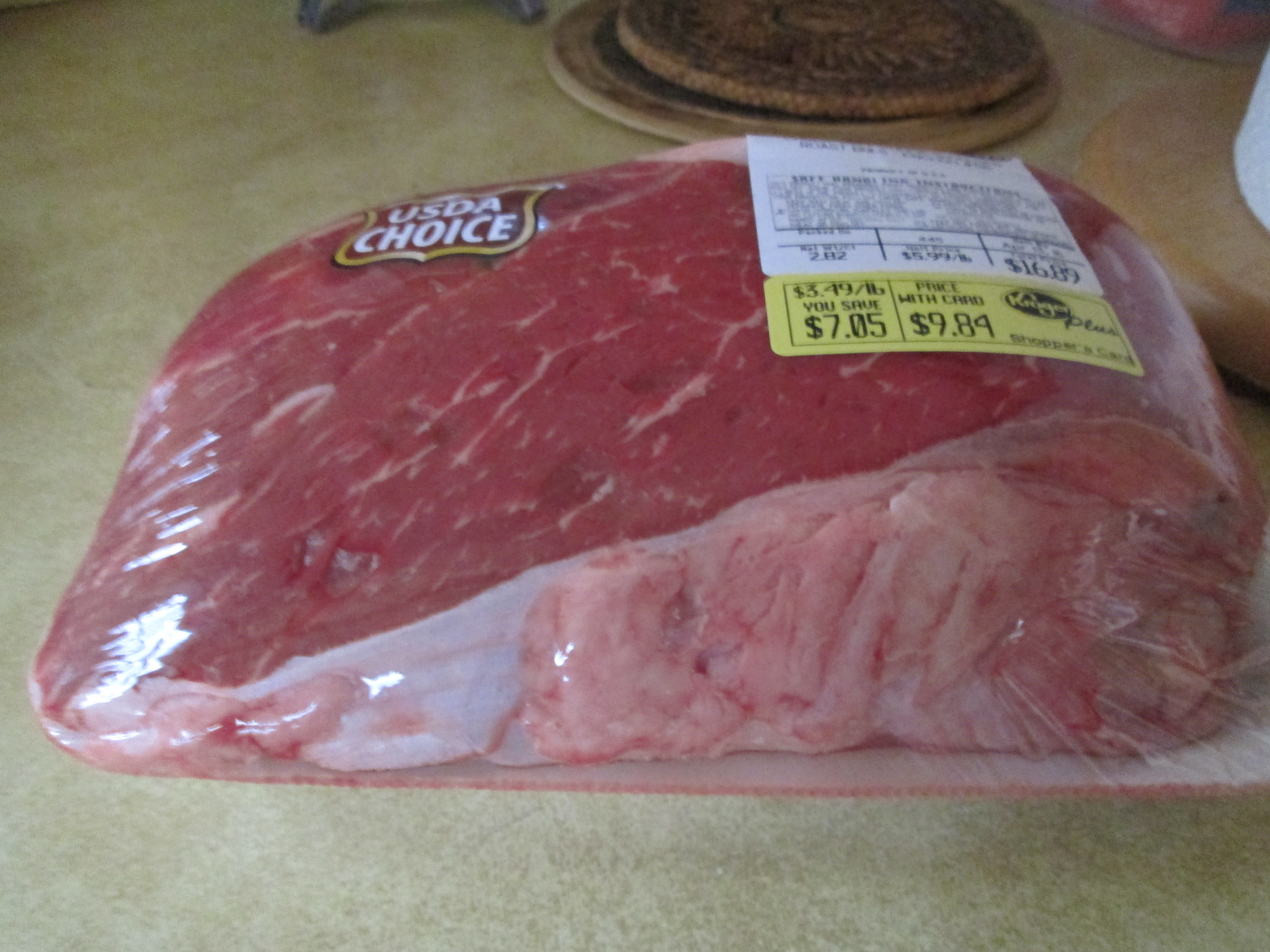 Thanks for the photo, Jimmy

The uneven thickness is a problem. I suggest tying it so it’s close to a cylindrical shape.
BTW, I don’t think I’ve ever seen “English” as part of the name of a roast of any sort.

By way of a swap, the only “American” I can think of describes the thick American style pancakes, whereas our normal thin pancakes are just called “pancakes”.

words and names are marvelously confusing things.
some are known, some are unknown, and then there’s just some I haven’t met yet.

And in the US, names vary for the same cuts.

And in the US, names vary for the same cuts.

if they didn’t we’d not have anything to argue about . . .

LOL. But it is confusing when we’re all cooking the same cut but it goes by so many different names. 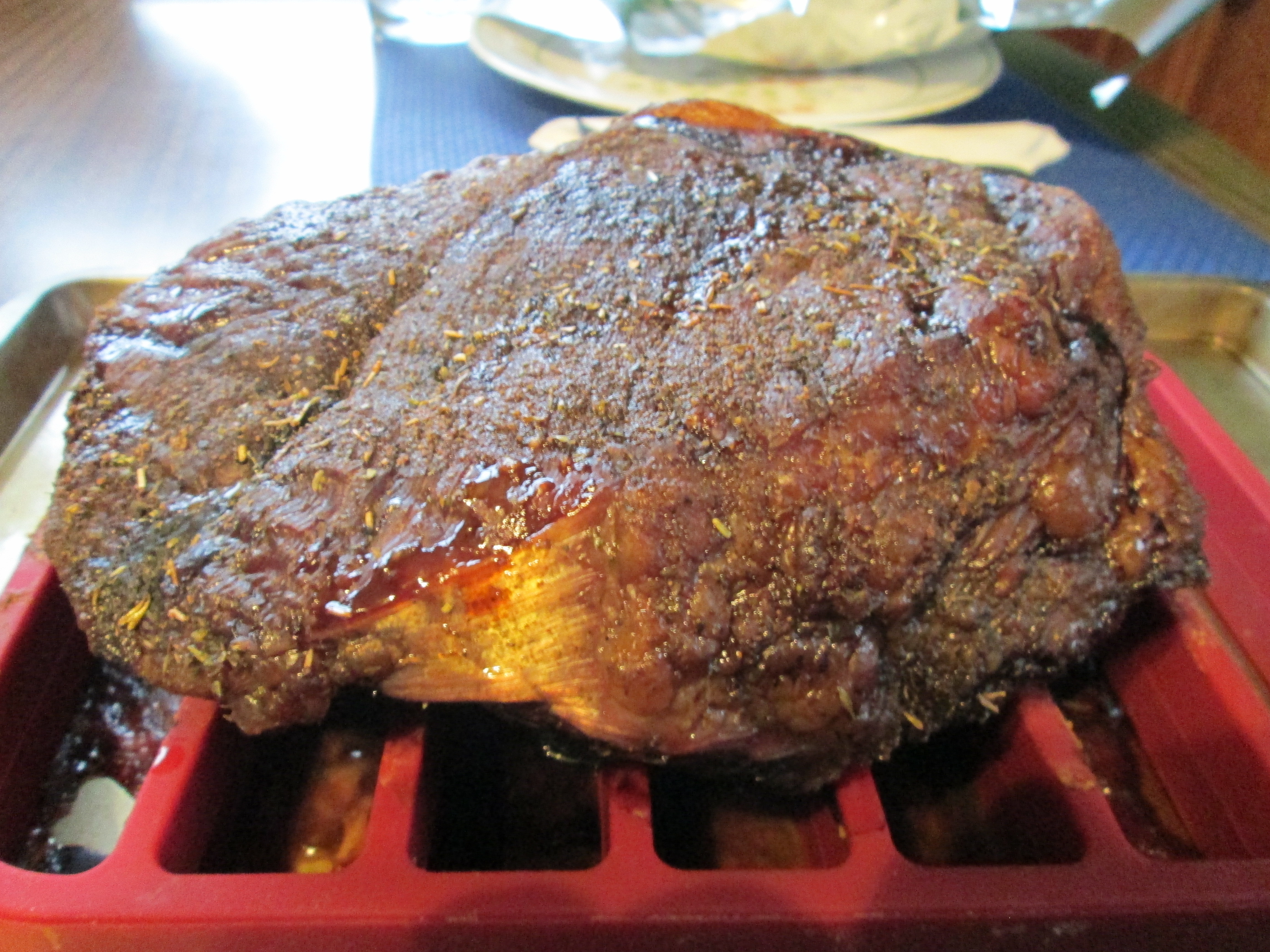 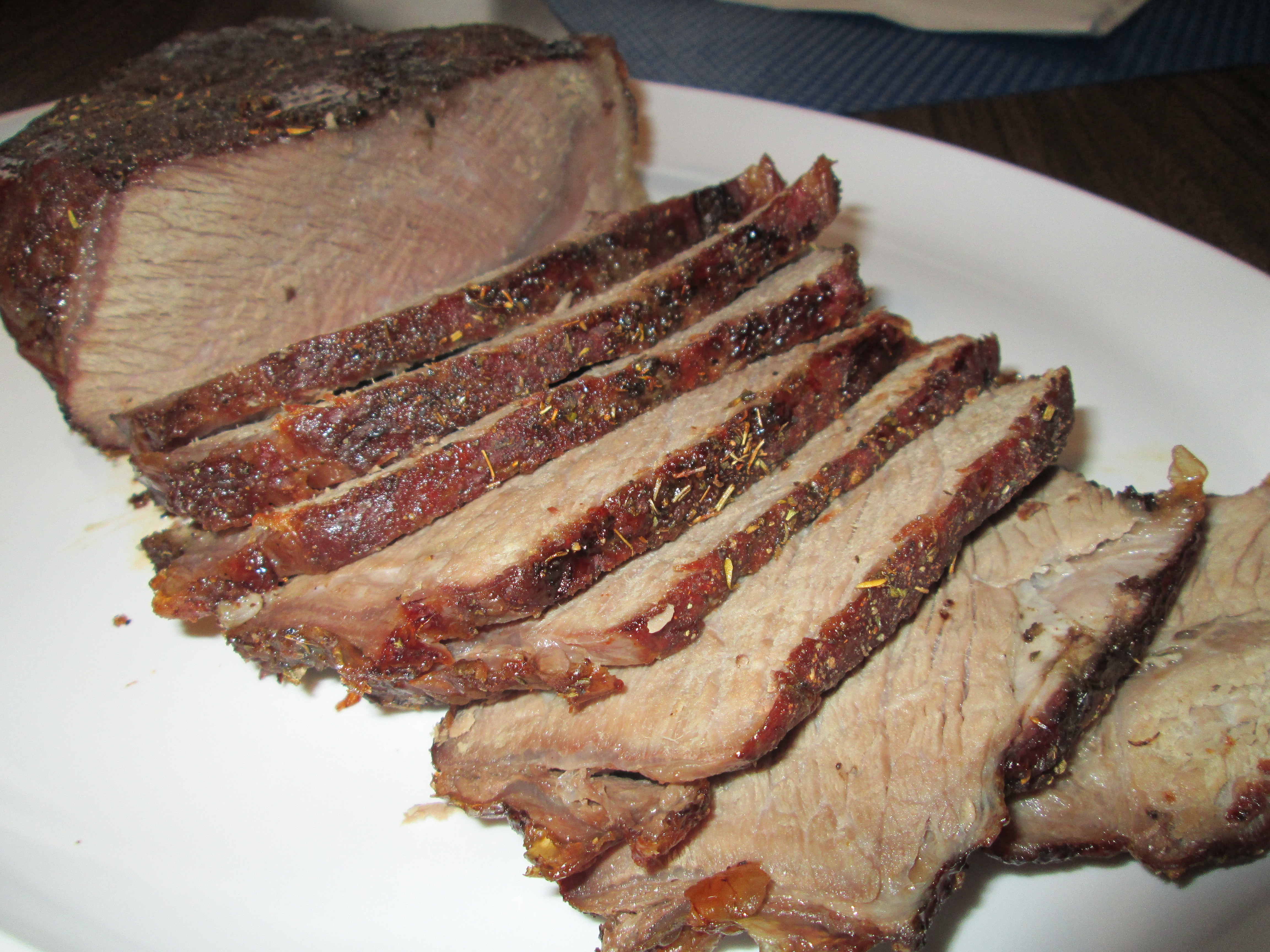 Finished product. 225 degrees for five hours. I’m guessing that was about an hour too long. Still tasty tho. The rub really helped.

That’s a VERY lean piece of meat. Did you check the internal temp? Braising might have been a better option. Just my two cents