One of Butterworth’s dining institutions is Luan Fong Kopitiam, a traditional Hainanese kopitiam which was founded in 1959. Back then, its owner, Lim Pong Joo, ran a small push-cart stall outside Cathay Cinema in Butterworth. The kopitiam today is currently being run by the second-generation of the family - Lim Pong Joo’s son, Lim Teng Peng. Luan Fong Kopitiam’s specialty is its rich homemade kaya (egg jam). 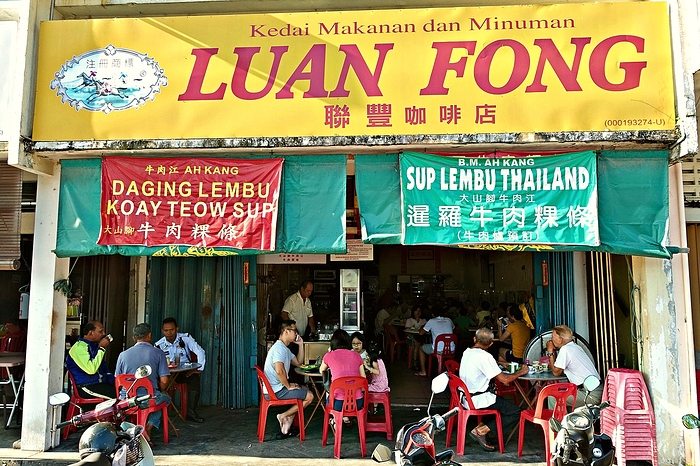 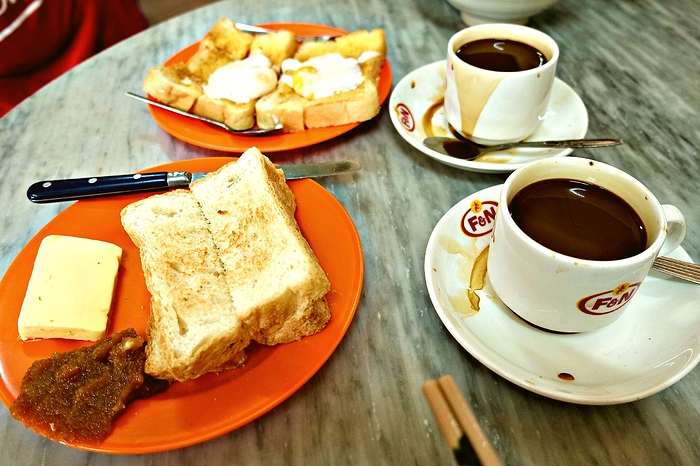 Luan Fong’s claim-to-fame is its kaya (egg jam): golden-brown in colour, with a texture like grainy custard. It tastes like a wonderfully rich egg custard pudding, smoky with palm sugar, enriched with coconut crème and perfumed with fragrant pandan leaves. Paired with slabs of cold butter and sandwiched between toasted Hainanese-style bread toast, it’s like manna from heaven for those of us brought up on it. 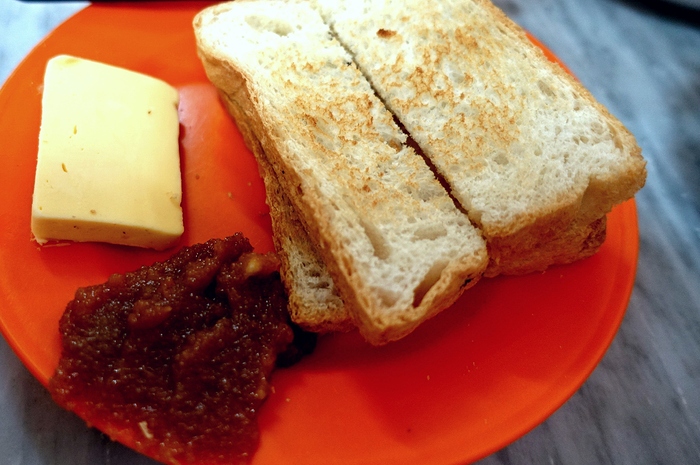 Many Malaysians/Singaporeans also liked to dip their toasts into soft-boiled eggs - a sort of Asian eggs-and-soldiers, but with a sweet-savoury slant reminiscent of salty-caramel favours much loved in the West.

There is also a soft-boiled eggs atop buttered toast option on their menu. Delicious with a sprinkling of light, soya sauce and a shake of white pepper. 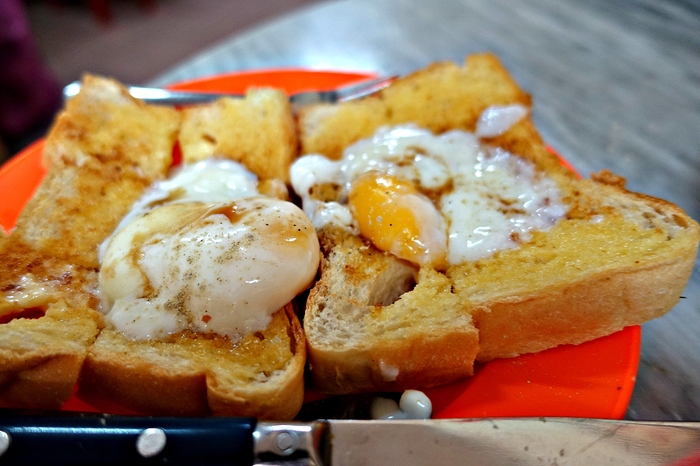 Luan Fong also has a beef noodle stall to provide a more substantial breakfast for its largely blue-collar regulars in the early morning. The flavours here, of course, do not match up to the fantastic levels by ST Loo in George Town on Penang Island ([Penang] ST Loo Beef Noodles & Mr Gan Oyster Omelette at Carnarvon Street), across the Straits of Penang from Butterworth. 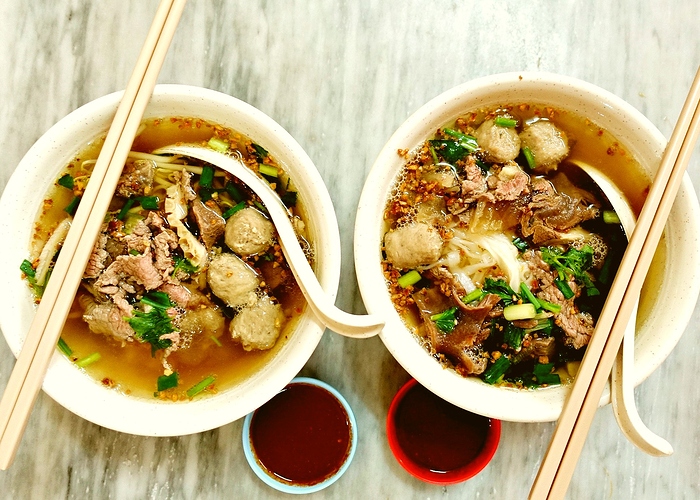 The beef noodles here are prepared by a Teochew noodle-man, Koh Kee Yew, who used to ply his trade in nearby Bukit Mertajam since 1984. He was asked by Luan Fong’s owner, Lim Teng Peng, to set-up stall here, taking over the spot vacated by rival beef noodle vendor, Foo Thian Yew, when he moved next door and set-up Meng Chai Cafe. 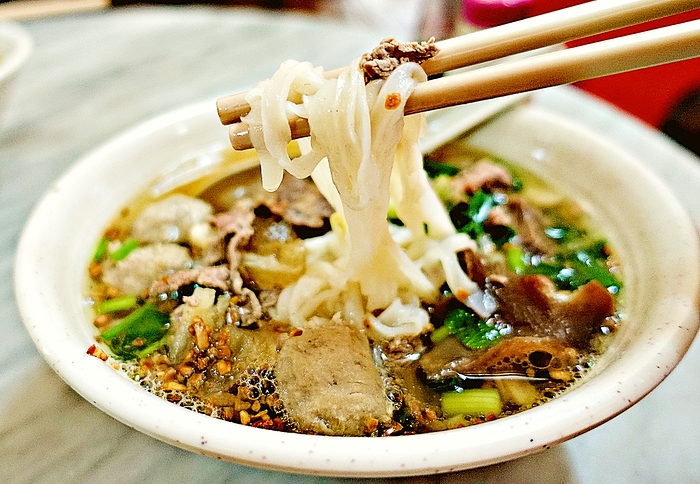 Those with a taste for the spicy can opt for the packets of nasi lemak on the side: conical packs of coconut-rich rice topped with shrimp or anchovy sambals. 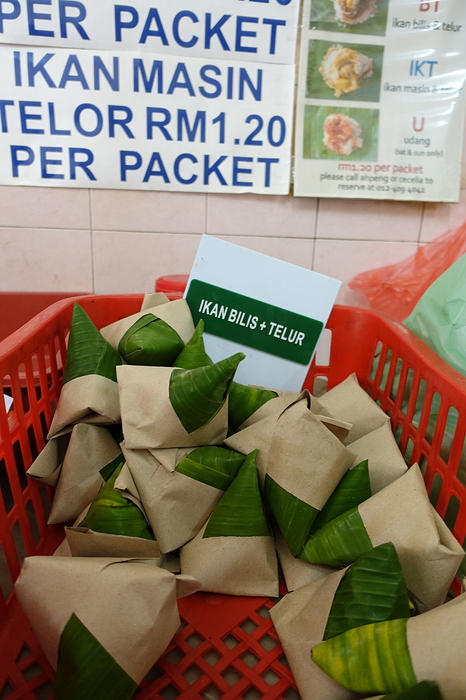 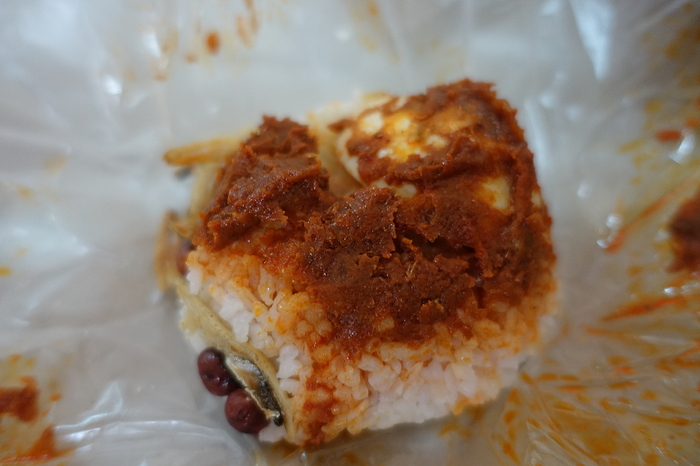 Do most places that serve kaya toast use real butter? How prevalent is margarine? Just curious.

At one time, quite a few years back, there was a tilt towards margarine - probably for cost-savings purposes, but also because margarine was “easier” to store, in that one can leave out a whole giant tub of margarine at room temperature throughout the day. But in the last few years, there’s been a rise in demand from customers for good butter, especially chilled butter on hot toast, coupled with kaya (at room temperature), so much so that most popular places these days have done away with margarine - or, at least, in my trek across Malaysia to visit all these Hainanese institutions, I’d not come across margarine at any one of them.

I’m really glad to hear they’ve moved away from margarine and are serving real butter. Thanks for your reply.