Regional Dining Discussions Rest of US and World
johntannerbbq (john tanner) January 19, 2023, 2:17am #1

My life is a constant adventure. I just bob along, tossed nay the waves. We now also are going to spend 2-3 post-cruise days in Budapest. Where to eat? what to eat? And drink?

Tagging along and living vicariously!

This is a good thread
Budapest recommendations

I’ve wanted to visit for years, but haven’t had an opportunity yet.

Budapest recommendations Rest of US and World 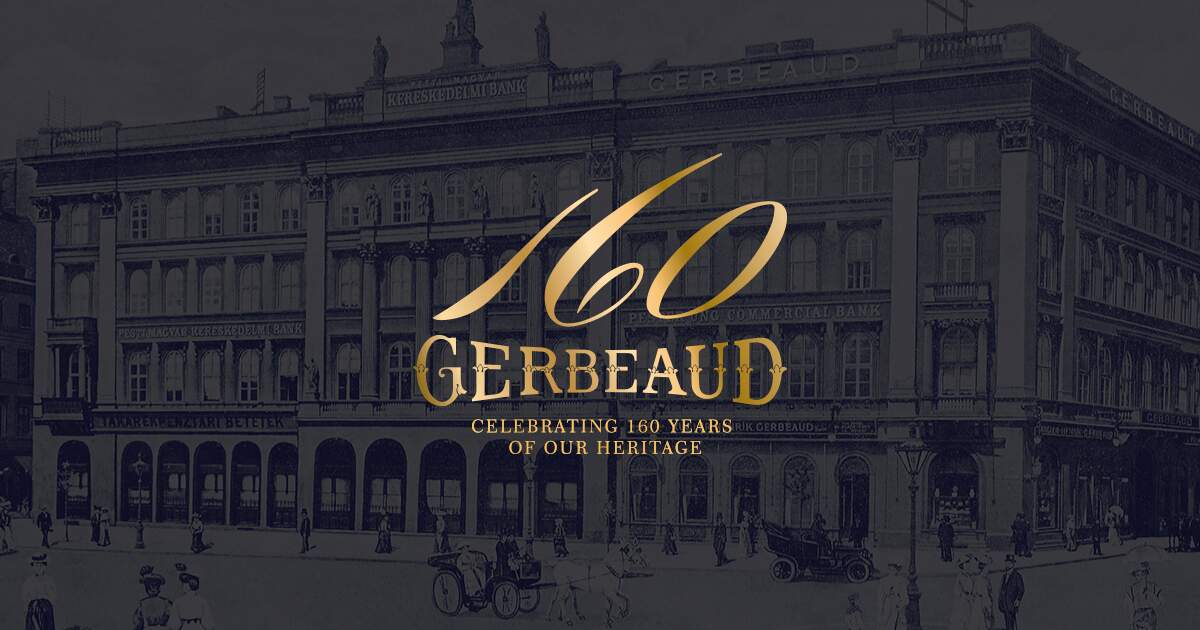 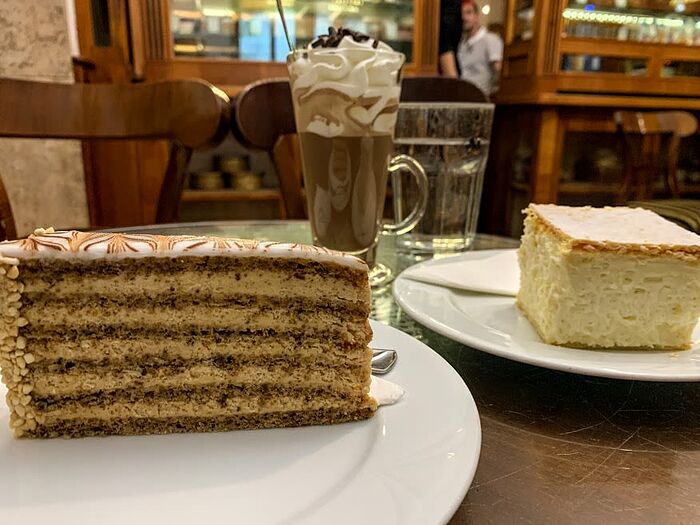 The 22 Traditional Hungarian Pastries and Cakes You Should Know

From caramel-topped Dobos torte to vanilla-laced krémes, find below the classic Hungarian pastries and cakes that you'll find in Budapest's pastry shops. 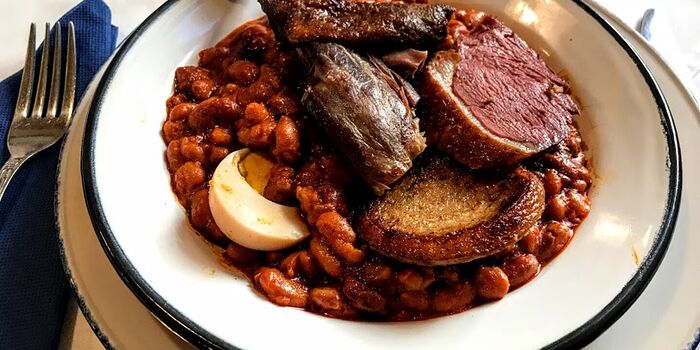 Budapest’s 8 Essential Dishes (and Where to Try Them)

Get a taste of what Hungarian cuisine is all about. 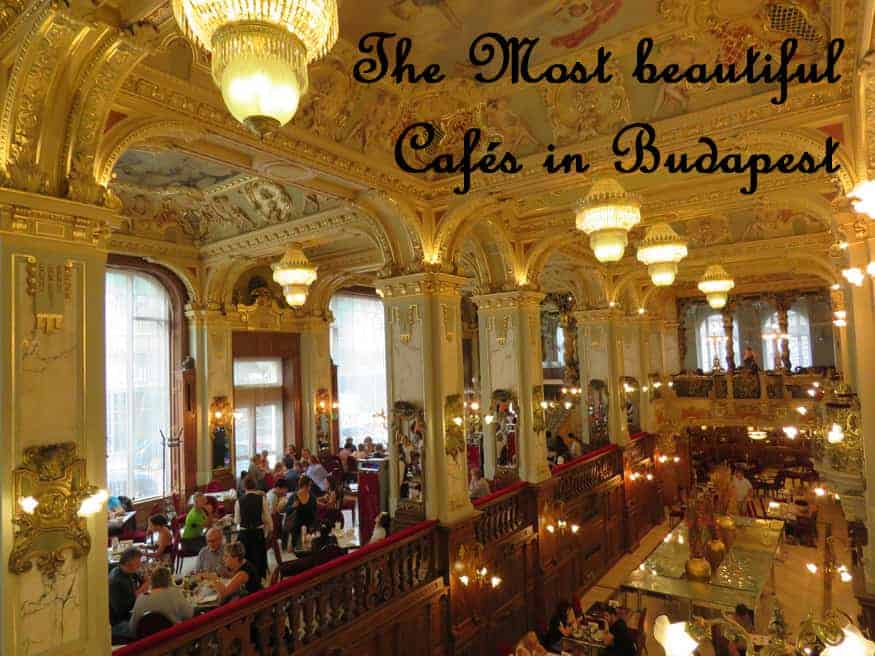 The Most Beautiful Cafés in Budapest

We spent a month in Budapest, exploring many of the cafes in the city. This post covers the Most Beautiful Cafés in Budapest 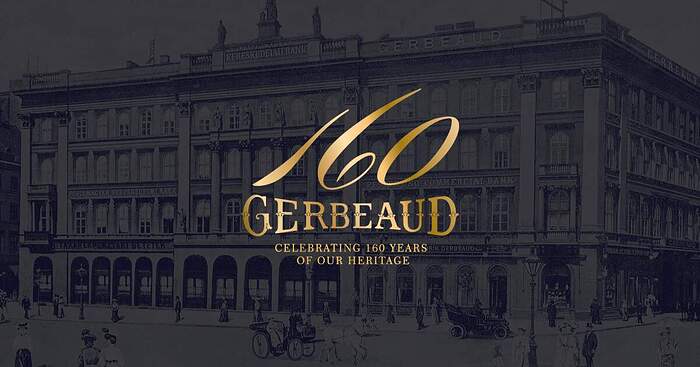 Phoenicia, you are a treasure!

I realize you like your BBQ. While in Central Europe, especially in Germany, but also in Austria and Hungary, keep your eye out for ribs and pork knuckle. In Germany and Austria, the ribs might be listed as Kasseler Rippe. In southern Germany and Austria, the pork knuckle/pork hock is usually called Schweineshaxe (meaning pork hock) and the Berlin / East German hock delicacy is called Eisbein.

I suspect you will find pork hock (csülök) on Hungarian menus, too.
I’m adding 2 places that specialize in roast pork hock in Budapest : https://www.csulokvendeglo.hu/ 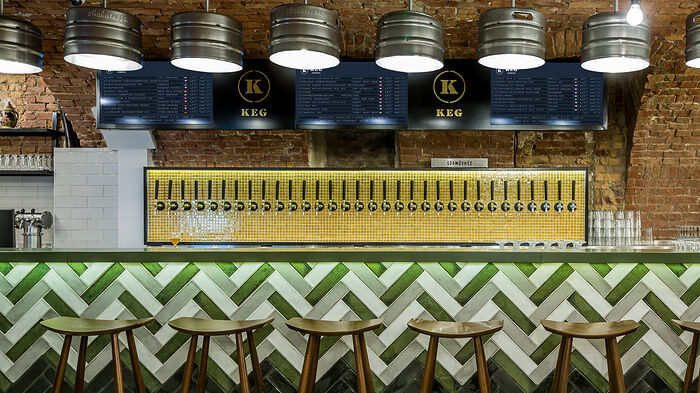 Be aware that my strategy is to try and find places that are different from what I can get in Toronto – so I (mostly) avoided ‘comfort food’ places as we have several options locally.

One overriding principle is to avoid the times that ‘tour groups’ are prevalent – and there are (or were) a lot of river cruises and bus tours at the major tourist spots.

In particular, Alabardos Eterem was swamped at lunchtime but almost deserted in the evening (we took the bus up there) which served more traditional food, and is worth a visit just for the location. Food and wine list are competent, rather than outstanding.

My favourite meal was at Costes (on Raday – there were two branches when I was there) – a Michelin 1 star – my notes:

Also was very impressed with an ice-cream mini-chain “Gelarto Rosa (or Gelarto Bistro) not sure which one (only 2 mins apart). Most people are photographing – but gelato itself was excellent. Strawberry-Rhubarb and Green Apple (together) was outstanding”

For the rest, nothing memorable:

E.S. Bisztro (in Kempinski Hotel) was abysmal – both food and service!

Onyx – tasting menus only (choice of two) – except all of us had to have the same menu – NO a la carte. Wine knowledge was sub-standard (and WRONG!).

Phoenicia, thanks! Pork is easily my favorite meat. I am concerned that we’ll be there in the summer, and I tend to eat lighter then – much more seafood, for example. I’m not sure about the alternative sin Central Europe, never having been there, and eating little of the cuisine other than goulash.

I think you will enjoy their sausages, too. The cold fruit soups are a specialty all summer.

You might find that meat dishes on menus include the weight, so you can order lighter (by weight) dishes, to control your intake. I will warn you, and I think this is the same in Hungary as it is in Germany and Austria, that the mains tend to be quite substantial. The soups in the soup section are often big enough for a meal, and some salads are also intended as a meal. I have run into ordering too much food if I’ve ordered a soup as well as a main at lunch. There often is a page on the menu, separate from the mains, which will be called something like light meals, which will include some smaller meals, maybe some pastas or smoked fish.

That might be the section to look for on menus, if you want to try some meats but don’t want a big portion.

If you travel in July, I think you might be there during the chanterelle/pfifferlinge mushroom season, called rókagomba in Hungarian, and you will see some seasonal dishes featuring them.

I think you’ll see fish like salmon and trout on many menus. Carp raised in fresh water fish farms is also a Central Euro favourite.

Hungary is a mostly Catholic country, so fish during Lent, during Advent and on Fridays is still a tradition for some of them. 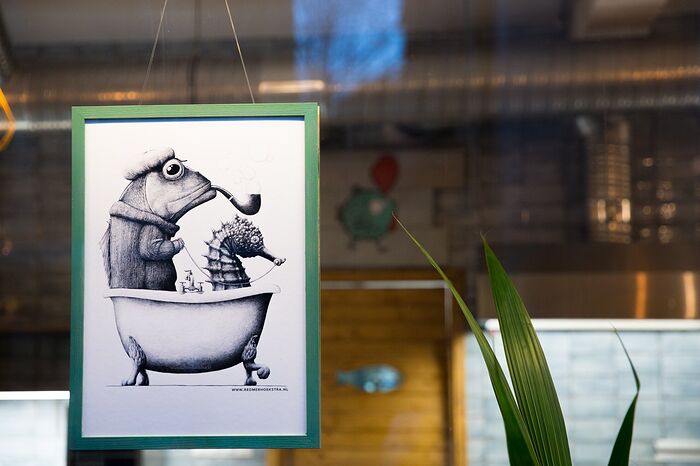 8 best places for fish in Budapest

Tuck into fine fish or dip into fish soup at these classic eateries, some of which double up as shops and markets so you can buy select produce and cook at home. 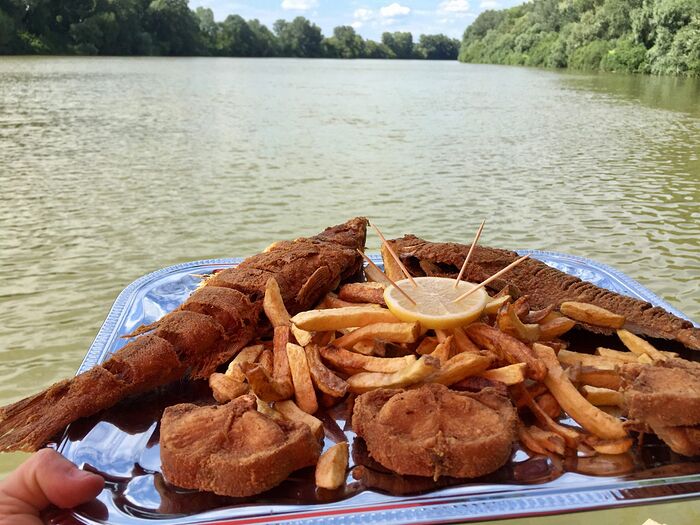 Hekk is a curious fish to find in Hungary, as it is a sea fish, and Hungary is a landlocked country. How hekk became so popular locally is still a bit murky. WHat is not disputed is that the most Hungarian way to eat this non-Hungarian fish is next a... 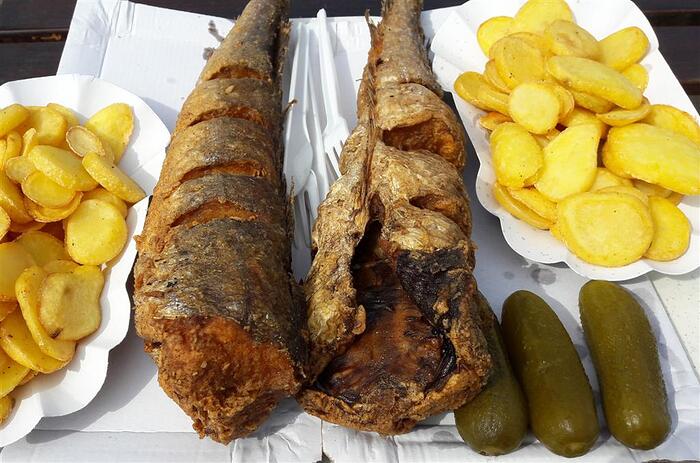 Hake (hekk, in Hungarian) is a cult summer food in Hungary. Although this fish comes from the sea, and Hungary is a landlocked country, we, Hungarians have built a whole culture around it. Hake has become one of the basic summer eating options for...

You are my new best friend, Phoenikia