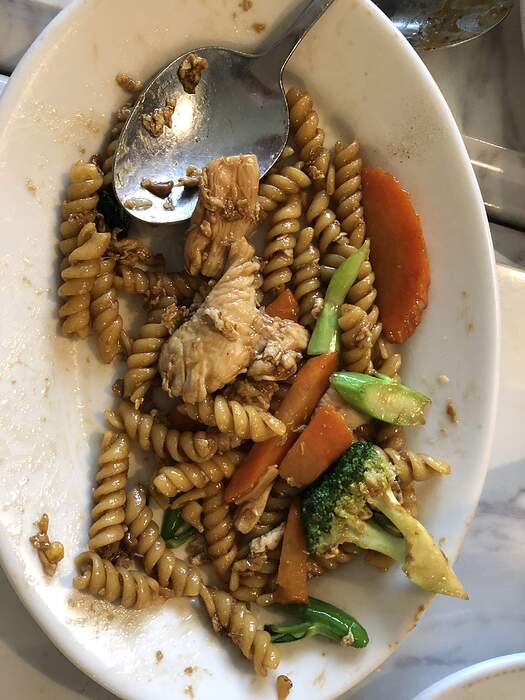 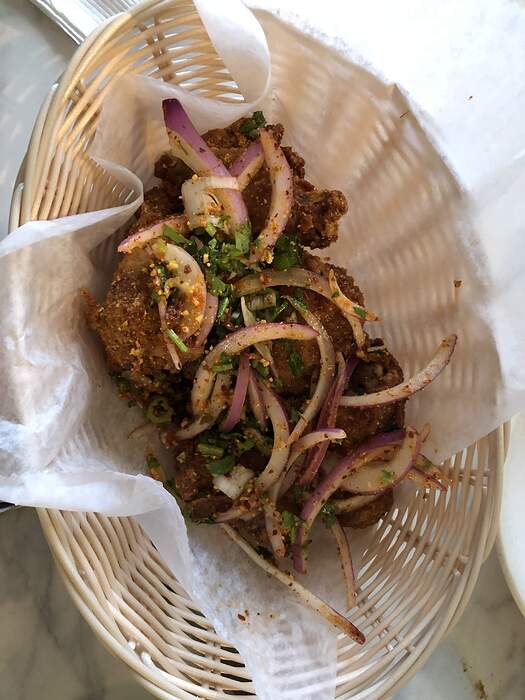 image3024×4032 749 KB
Crispy dry rub chicken wing special
The intrepid Parsnipity family had an excellent meal here on Father’s Day! We called a few times (as one does these days to verify anything) but could not get through, so ventured over with some backup options in mind. Turns out, they were just really slammed by what must be a pent up wave of Thai food demand.

The market component is smaller than I was expecting- just a few book case shelves along the walls stocked with products, and couple of fridges for drinks and some sauces. There are 4 small tables, and they are providing table service, although ordering is at the counter. We waited in line and heard customers being told 60-90 minutes for a walk-in take out order, but we were able to snag a table which bumped us to the front of the kitchen line.

Food came out willy-nilly (Thai iced tea literally with the request for a check, just when we thought it had been forgotten, and salad and apps after main dishes) which was fine, as they were very apologetic and up front about being overwhelmed.

Most everything was excellent, and we’ll certainly be back. The shrimp shu mai were definitely home made. Gyoza as well had a nice hand stuffed feel. I know neither of these are classic Thai, but the spring onions need their dumplings. Pad thai had a very nice chew to the noodles, which is often missed. Additionally, they did not stint on the tiny dried shrimp and crispy shallots. The Pad See Yew was interesting- see pix below- fusilli shaped noodles, which may have been wheat-based. I asked if this was usual or if they’d run out of something, and the waitress said it was always how they made them as the chef found the typical flat rice noodles too mushy, and could not replicate the al dente texture they wanted. Flavor was excellent & sprouts loved the shape. Me, I’m not totally sold but that didn’t stop me from gobbling it up.

Let’s see- we ordered almost everything. Khao soi beef was rich and flavorful, a delicious version. Pad Khing had great strong ginger and lemongrass flavor, and the rice on the side was purple and sticky and perfect for sopping up sauce. Spicy wings were listed as the special, although they appear on the regular menu and are a must try- nice but not overwhelming spice level, great flavor and texture. The only thing we ordered that I would skip was the fresh roll salad bowl- mostly just a bowl of romaine lettuce.

I am thrilled this place is open; their prices seem very fair and their service and desire for feedback was excellent. One small drawback that bears mention, especially if dining with children, is that they don’t have a bathroom. Hopefully they can come to some arrangement with a neighboring restaurant. I wish them luck with their opening!

What a great report, thank you!!

One small drawback that bears mention, especially if dining with children, is that they don’t have a bathroom.

Unless you have a camel for a kid, which I do.

Thanks for the intel. Pad see ew fusilli sounds, for lack of a better descriptor, interesting!

Is that even legal? Not to have a bathroom???

I know bathrooms are required in NY, and a quick search looks to me like you are correct: as a sit-down eating establishment in Massachusetts, they are legally required to provide a restroom. As a small establishment, you can get away with one unisex restroom, but it is required and must allow for handwashing ability. This indicates it must also be handicapped accessible. 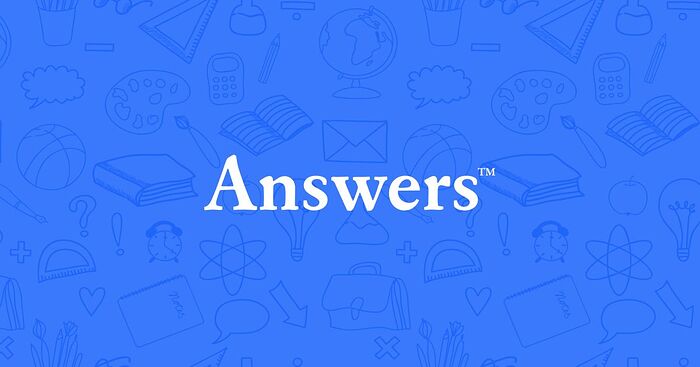 Do restaurants in Massachusetts have to have a public restroom? - Answers

1. Assembly (General). All places in which alcoholic or nonalcoholic beverages are sold, or offered for sale, to be consumed on the premises; any room or space used for public or private banquets, feasts, dances, socials, card parties, weddings or...

they are legally required to provide a restroom

Adding to the thrill of the food, there’ll be the added thrill of breaking the law when you eat there (I assume diners will at least be accomplices to the crime).