Hi there.
I’m getting kind of bored with the menu at Szechuan cottage.
Any suggestions of somewhere else?
Really not crazy about crown palace
Westlake used to be good a long long time ago, not any more
shanghai bun - eh.

Agreed fully on Crown Palace, although I must confess Peking Pavillion is a guilty pleasure.

Not as agreed on Westlake, but fine, they may be slightly less good, especially for lunch on weekdays.

But Shanghai Bun??? All else being equal, I’d rather have a bowl of noodles with pork in hot bean sauce there than almost anything else anywhere.

As for what’s new, sorry but it all seems to be Indian these days.

Thanks.
I was at Westlake twice in the past couple of months, and both times the fish tasted just a bit off. After first time thought maybe just luck of the day, but second time same problem, so staying away. Maybe will need to go and try again.

I agree with you re: Shanghai Bun, but my wife is only a fish-eater (no pork, no meat, no shellfish), so have lots of limitations of what to have there. (And other folks we go with stick 100% with “American Chinese food”, so even the Szechuan cottage combo meals is adventurous for them and their limits. aargh. But it has a nicer vibe than Shanghai Bun, so we go there…

It’s not very fancy, more of a take out place with tables, but Oriental Empire in Red Bank is good.

It has a sister restaurant in ocean township, Eastern Empire, which I haven’t tried.

Several Chinese friends of ours are also positive about OE, and it has very good reviews on Google.

Really not crazy about crown palace

Crown Palace, in a word, sux.

Temple in Red Bank has table cloth service and aspires to more, but I would rate the food as mediocre to average. 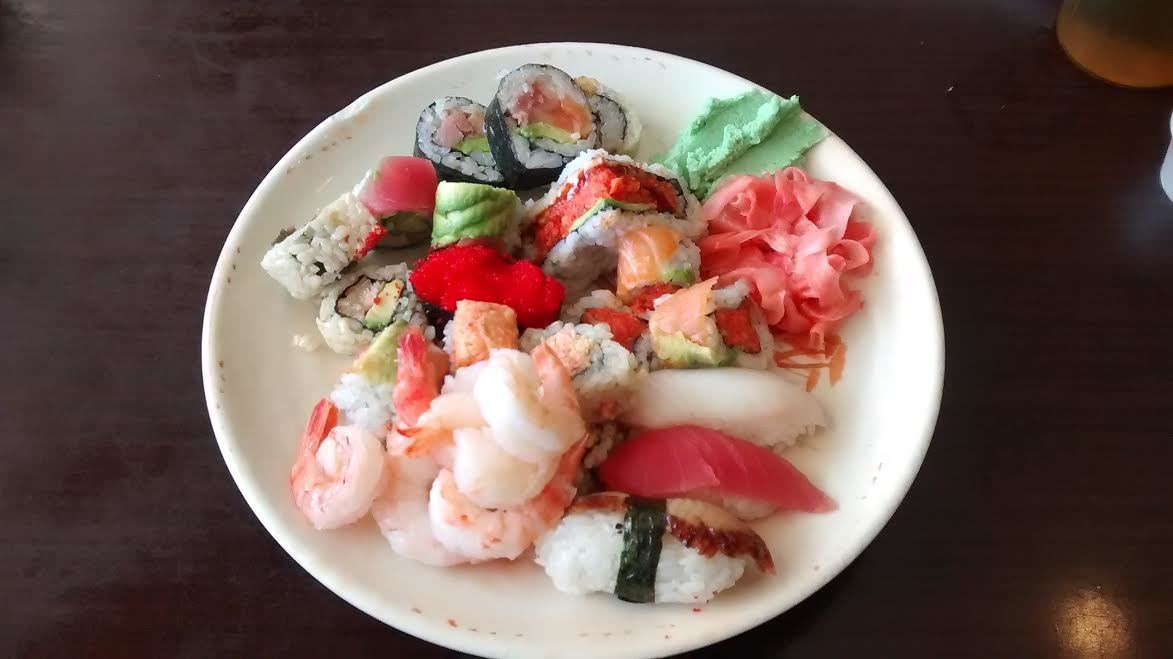 Tokyo Buffet on route 9 in Freehold, that’s plate 1 of 3 on the all you can stuff. $ 10.38 for weekday lunch with internet coupon.

We could really use a good Korean place around here, like a Korean BBQ joint.

I get tired of schlepping up to Picnic Garden in Edison.

JJ do you have any ideas on closer Korean?

Empire Szechuan on 9 in Marlboro is very good and I hear lots of raves about Hunan Gourmet on 9 in Manalapan although I have not been there. Other than those little pork chops I was not particularly impressed with Szechuan cottage. Those pork chops were outrageously good.

There’s a Korean restaurant (Maru) on Route 18 in East Brunswick, if that is closer to you.

We are in Red Bank, so East Brunswick and Edison are about the same.

There are lots of choices in the Edison area, unfortunately less so in Ocean & Monmouth.

Well then I guess I’m not going to get to try it.

Rick, I’ve always had good food from Sichuan cottage. Do you ever order stuff off the back of the menu? Those seem to be the more interesting dishes to me.

I’ve been to The Oriental on Rt. 9 North in Marlboro for both Dim Sum (weekends) and dinner and was quite pleased with both meals.

yup. So ended up going to Sichuan cottage. as always, good.
one person (American Chinese diet) took a basic combination plate.
Then we split the cellophane noodles, kung pao chicken, chicken with string beans, and fish curry.
As always, good. But seriously, getting bored with it.
One of us eats only fish (not shellfish, just fish), and they only have so many kinds of ways.
But two of us eat almost anything, and we’ve probably gone completely through the menu of the stuff that we would typically eat. Do try to be a bit more off the normal, but not too “interesting”.

One of my best meals ever was at the big Hospital #1 in Beijing. was doing a project there, with the head of the Neuro unit. Had a fantastic banquet meal with his staff and about 5 of us westerners. While we were touring the hospital and observing the normal rooms and food patients were eating (don’t ask), we were a bit concerned, but the stuff we had was incredibly fantastic. No idea what we were eating, but it was all so very good… this goes back about 7 years now… oh well…

My family is from Hong Kong, and the Oriental is pretty much the “go to” place for us and my Chinese friends.

Like Evelyn said, Maru is the only option outside of Edison and New Brunswick. Shame.

I’m excited to try the Oriental! @rikk you’ll probably want to check out some options in Edison, there are definitely places serving up things there that Cottage doesn’t have. Oh, and I hope your fish eating friend has tried 933a on the menu. Man I love that dish.

Join I know you posted some tips for me on Korean BBQ joints on the other place, but maybe some would be worth repeating here.

I just love Korean BBQ. There is something about having your dining table set on fire that is so appealing.