I just heard of Mia’s Table this week though it’s been in the Carraba’s complex on Kirby for a couple of years.

They left off two of my favs, Hoodadak and Himalaya.

My favorites are:
Frenchy’s, (Hit or miss except at the original)
Popeye’s, (Reliably tasty)
Randall’s, (Seriously)
BBQ Inn, (Worth the wait)

I’ve liked all of the Asian wing places, (Hoodadak, that place at HMart), but I’ve only had them each once.

(HAHA Not exactly the white tablecloth list in the OP, huh?)

Is Randall’s the same since it became a Safeway brand?

I haven’t noticed a significant change. And I still want to get to the Memorial Randall’s for the wing bar.

The same ladies have probably been frying the same birds for years. Kroger also does some good chicken, especially the Wirt and Westview location.

The key to good fried chicken is getting it as fresh out of the fryer as possible.

I have been wanting to stop by and check out the wing bar that Lambowner gave us the scoop on.

Hey, aren’t you supposed to be working? Is your little work wife also trolling the internet?

By the way I know this gal.

I had a feeling about that guy!

New list from Garden and Gun. Hey, there’s a Roanoke, Texas! Anyone heard of The Rice Box?

STALKER!! I have break you know. My 2 cents are worth 2 cents too. SNOOP.
Yes, I want some Randall’s chicken wings they have a selection of favors per Lamy.
I also want try H-Mart crispy fried wings.

My favorites, number one Frenchy’s on Scott Street followed closely by BBQ Inn.

Church’s can be really good if you hit it fresh, they seem to have a propensity for serving last nights chicken.

Kroger is really good especially if you hit it fresh. I want to try Randall’s but I quit shopping there, none in my 'hood, plus prices are 30-40 times more than anywhere else. I could be slightly, just slightly prone to hyperbole.

The Wifecita and I travel for fried chicken, see Frenchy’s. We like Hempstead with the opportunity to catch a train on Business 290 and good chicken at Hempstead Fried Chicken. It’s run by a nice young couple and they’re happy to cook a fresh batch if you ask.

Brookshire Brothers Grocery is maybe a three wood and a 9 iron away and is delicious.

A sleeper is Luby’s. They sell it in quarters with a breast and a wing, crispy skin, juicy meat. I usually get the rectangular fish with the out of this world tartar sauce but the chicken is a solid second selection. 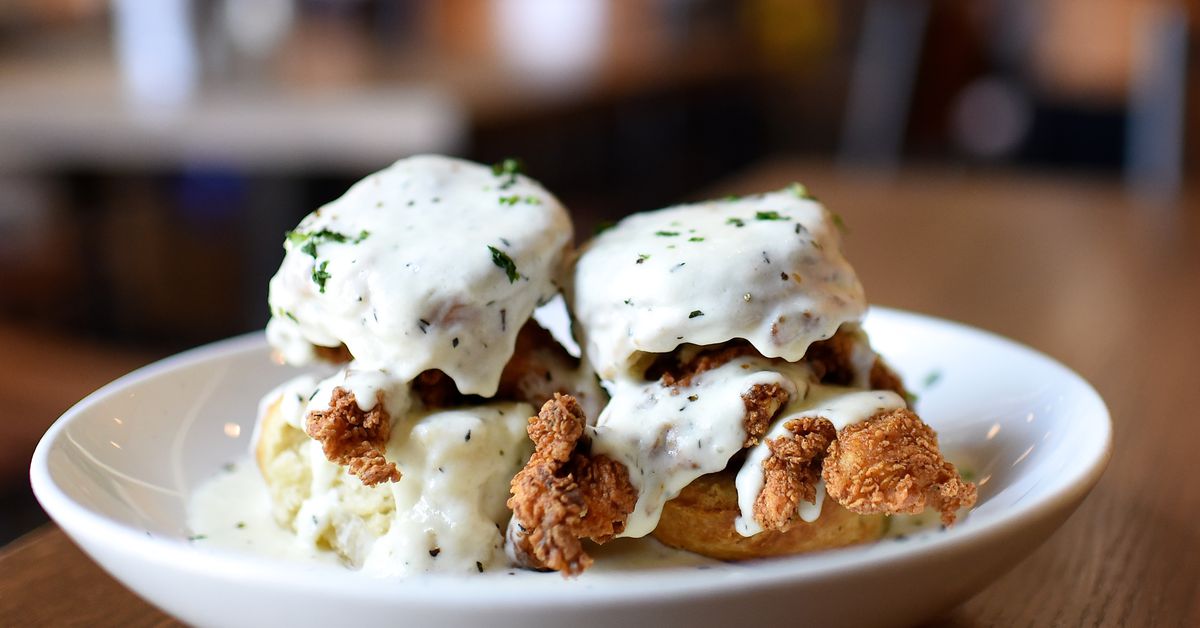 The essential Space City guide to battered and fried poultry

I had the Thai wings at Kitchen 713 recently, they were wonderful. I wrote about it here. I didn’t see whole chicken or pieces on the menu other than the wings.

Krisp Bird and Batter - the chicken is exceptional. The chef says the Crystal Ranch chicken is the Waygu beef of chicken and he’s on to something. I’ve been 3 times in 2 weeks. I like the Southwestern with the queso and the chicken tenders with a choice of 8 dipping sauces. The waffle fries are very good too, and the fruit salad which is a generous portion.

Frenchy’s - I have 3 satellite/franchise locations in less than 10 minutes from me. I’ve given up on 2 of them for serving very greasy chicken but the third, at W. Bellfort and the Beltway, the closest to me (and the newest) has reliably served me good crisp, non-greasy chicken that’s as good as the original location as far as I can tell.

I would include Al Aseel but I haven’t been in several years.

I recently read somewhere that Himalaya’s fried chicken is an everyday thing??? I thought it was only occasional. I definitely want to get over there and try that.

I’ve been seeing a lot about Krisp on Instagram with yummy pictures. I’ll be hitting it. Is Dak and Bop accessible? I haven’t even tried since I understand it’s in the medical center.

Himalaya does not have fried every day. Call ahead. A friend was upset a couple of weeks ago when she went for lunch and it wasn’t on the menu that day. He is alternating with a chicken fried steak and has now added Masala Roasted Chicken. I love that he is always experimenting. By the way, the chicken hara masala he mentions here is my absolute favorite Indian dish of all time. A very spicy green sauce. 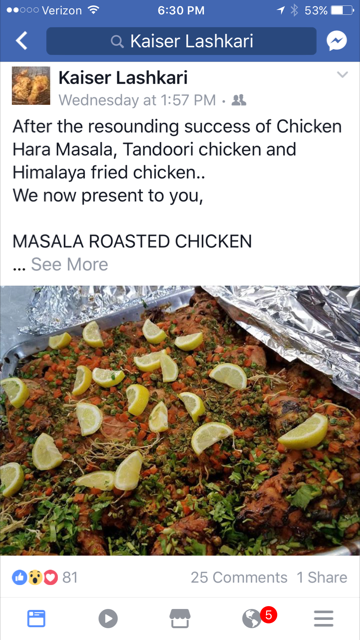 Is Dak and Bop accessible? I haven’t even tried since I understand it’s in the medical center.

It’s on Binz - Museum District rather than Med Ctr. Binz is what Bissonett becomes going east from Main. A lot less traffic. Free parking in the ground floor of the garage but it’s a small space. Three restaurants in the building (all ground floor, facing the street) - Barnaby’s, D&B and Bosta. Free parking on surrounding streets but watch for signs. I don’t know if you can pay to park in the garage above the 1st level or if that’s only for tenants. Signage for the restaurants is poor.

Any love for Bonchon the Korean chain?