Small & dry are not primo beans for sure.

I have only been to Net Cost three times. I would classify it as a specialty market for Eastern European food stuffs. They carry fresh produce, jarred foods, prepared foods, deli, fish, dairy, bakery, packaged foods, frozen foods and a small but intetesting cheese section. I find the best value in the freezer and bakery but sales exist in every aisle. The first time my wife and I shopped there we explored every aisle just to get a sense of selection and prices. I have never seen so many different types of honey in one store. The honey cake we just purchased was very good; sold by the lb. You do need to check expiration dates and I think some of the produce is over priced while things like pickles, olives, bread and dairy are very reasonable. The prepared foods are fascinating; warm trays filled with all sorts of savory dinner entrees and cold salads galore. I’m skipping over the European chocolates and candies, the tea and coffee, the spices and floral dept…for now.

Net Cost has a small seating area to enjoy the prepared foods in the moment.

We drive 25 mins. without traffic from home and my wife said this weekend Net Cost is a part of our shopping rotation!

Thanks seal and Rooster, Sounds like an interesting place.

There’s one on RT 18 in East Brunswick in the shopping center where Pathmark used to be (but not in the old Pathmark).

Route 70 and Van Zile in Brick
Route 35 in Neptune

The one on 35 and Corlies is diagonal from the WaWa.

One in Hazlet on 35 across from the kmart, which I think went under.

I know exactly where you mean. Every time I drive by an Aldi I think I should stop in but I never have. This thread has inspired me.

I also think there’s an Aldi on Route 9 somewhere around the Howell/Lakewood border.

Aldi eggs are .99 a dozen, limit six this week. I was just at the Hazlet location today.

Don’t get too excited lol. It has some cheap stuff for sure though. I don’t get meat there but I like their fried shrimp cooked up in my toaster oven.

Wow…good price. Lately my uncle and I have been cooking up some huge pans of fried rice with lots of egg.

Purchased several months ago in a NY Aldi on the NJ side of the bridge
$2.49 for 3 oz, I liked the packaging it was easy to remove the ham without it tearing.
It was on the mild side but was perfect for what I was doing with it. The individual packages
had a pretty substantial variation in texture and color. 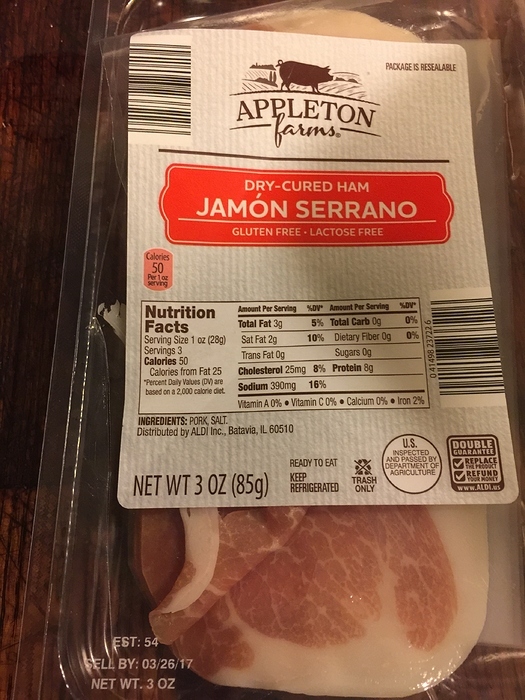 One just opened in EB a month ago or so. I didn’t really like it the one time I visited, it seemed like an odd store with very limited selections. I just did a quick walk through, will have to revisit. I noted in their flyer last week that they had black angus steaks on sale for what seemed like a good price.

I only went to one in Brick NJ for one quick item, it was a very “odd” store as well, it didn’t leave a very favorable impression but after seeing how many people endorse them I might give a more local one a try.

I haven’t bought meat there but it’s fine for Chocolate, half and half, organic veggies. Their raw unsalted nuts are way better than Trader Joes and a fraction of the price.

DH likes some of their packaged cheeses and deli meats in addition to their “specially selected” brand salad dressings, particularly the garlic. Spices are very inexpensive, but you can’t be a spice snob. The solid white tuna in oil is delicious and an exceptional bargain.

Christmastime they have some interesting items that make great gifts, flavored sets of vinegars and honeys, giant chocolate advent calendars, chocolate gelt … and really good imported cookies. It can be hit or miss I have purchased things I haven’t liked but once you get the hang of the store it’s easier to spot the winners… It’s fun for me, like a treasure hunt, most definitely not for everyone. I would recommend printing out a list of suggestions that interest and appeal to you and taking it with you as a guide.

Acme’s got some sweet deals this week with their savings app. I’ve never used it before but at these prices I’ll download just about anything!

Lobsters are 5.99 at Shoprite this week! Lowest price of the season.

My uncle struck out and they were sold out. Hopefully some of you guys got lucky.

Joon, check these out. How much do you think these were? Bone in, hand cut and stuffed in front of you with home made stuffing? They are from a butcher shop in bayville. 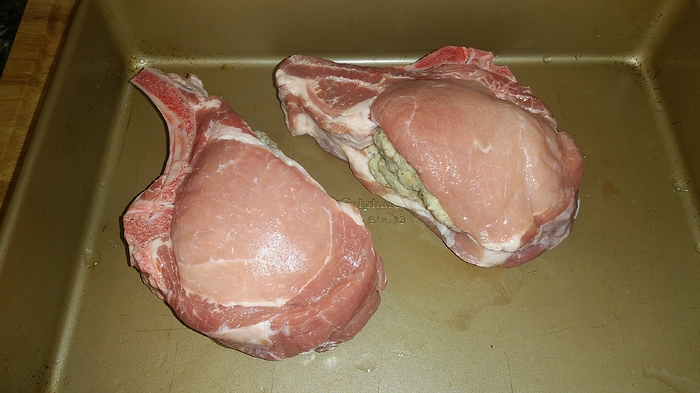