Re Patisserie Rotha:
We stopped in and indeed, they were sold out. I ended up making a very long post since we did a tasting comparison between Rotha, Fournee/Berkeley and Parker Lusseau/Monterey croissants. I have posted it as a separate thread instead.

There are a few changes on the block of San Pablo just south of University. Mi Tierra has rearranged itself so that the taqueria is now right at the entrance, with lots of indoor seating. An asada taco was deeply marinated, a little salty.

The Middle Eastern Market moved their restaurant seating to the front, and has an expanded menu with more kebabs and Persian stews. I may start a new topic on this place after I’ve eaten there a few times.

Cafe V. is now El Patio, with the same Venezuelan dishes. They apparently changed the name a year or so ago.

The Middle East Market food is very good and had expanded their menu a few years ago when the shop changed hands.

I’ve had the koo koo sabzi (a sort of frittata) , fesenjan (a stew with pomegranate sauce and walnut paste usually served over chicken with rice), and lamb shank, which were all quite good with reasonable prices.

On that same block La Marcha, which serves Spanish tapas, is scheduled to open a nearby wine shop which will highlight Spanish and Portuguese wines.

I’m looking forward to trying the stews. What was the name of the Persian restaurant that was on Solano, next to Britt Marie? I still remember their fragrant dishes.

ate there 15 or 20 years ago but don’t remember the name.

Like 10 miles from Berkeley, but a new ‘Thai/ Laos’ place in San Pablo: 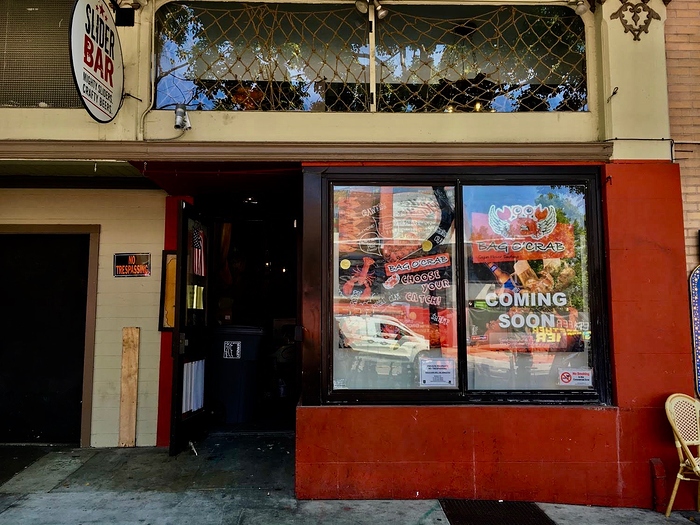 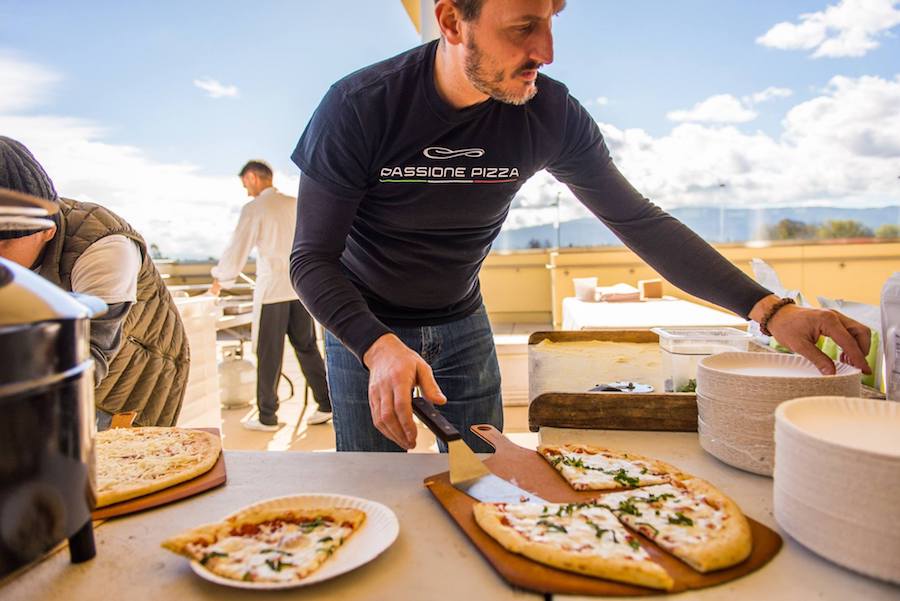 Catch up on the latest East Bay food news and upcoming events.

in the old Slider Bar (2124 Center St.) will be Bag O’ Crab, what appears to be an Asian Cajun-style seafood boil spot. Signs on the outside of the restaurant have clues of what’s to come: choose-your-own seafood — a choice of crawfish, Dungeness crab, shrimp, snow crab and lobster, boiled in a spicy mala broth flavored with Sichuan pepper, chiles, dried herbs and spices — to crack, peel and eat.

Interesting. There used to be one of those restaurants around the corner on Shattuck, where the Burmese street food place is now.

Brennan’s owner speaks up about the closing: 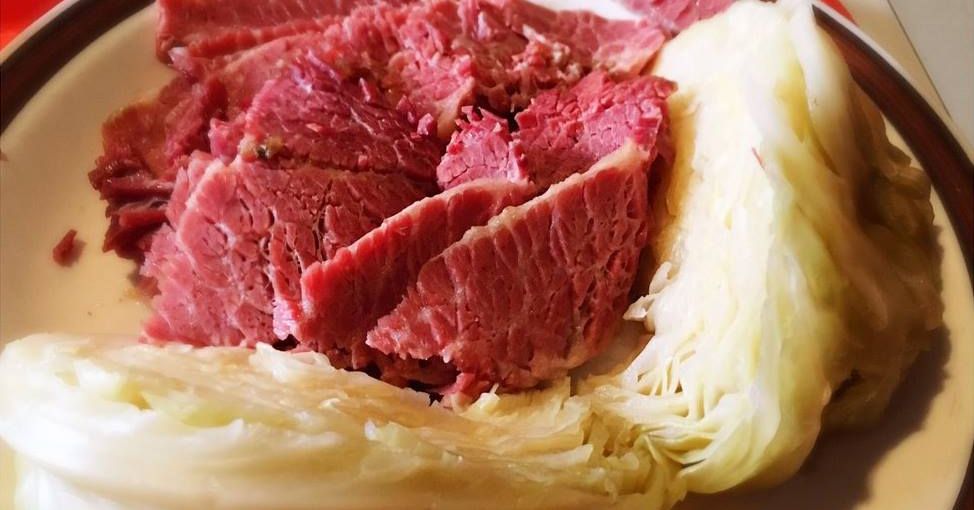 Rising rent, climate change, and declining cocaine use are all part of the closure, says owner

'“Drinking has really changed. People used to drink a lot,” she said, adding that ultimately, the change is better for society but not good for restaurants. ’ And…

'The other big shift, Wade says, is climate change. “We’re a comfort food, meat and potatoes place,” she says. “We haven’t had winter. … Now, when it’s 68 degrees every day in December and February, it’s really hard on us.” 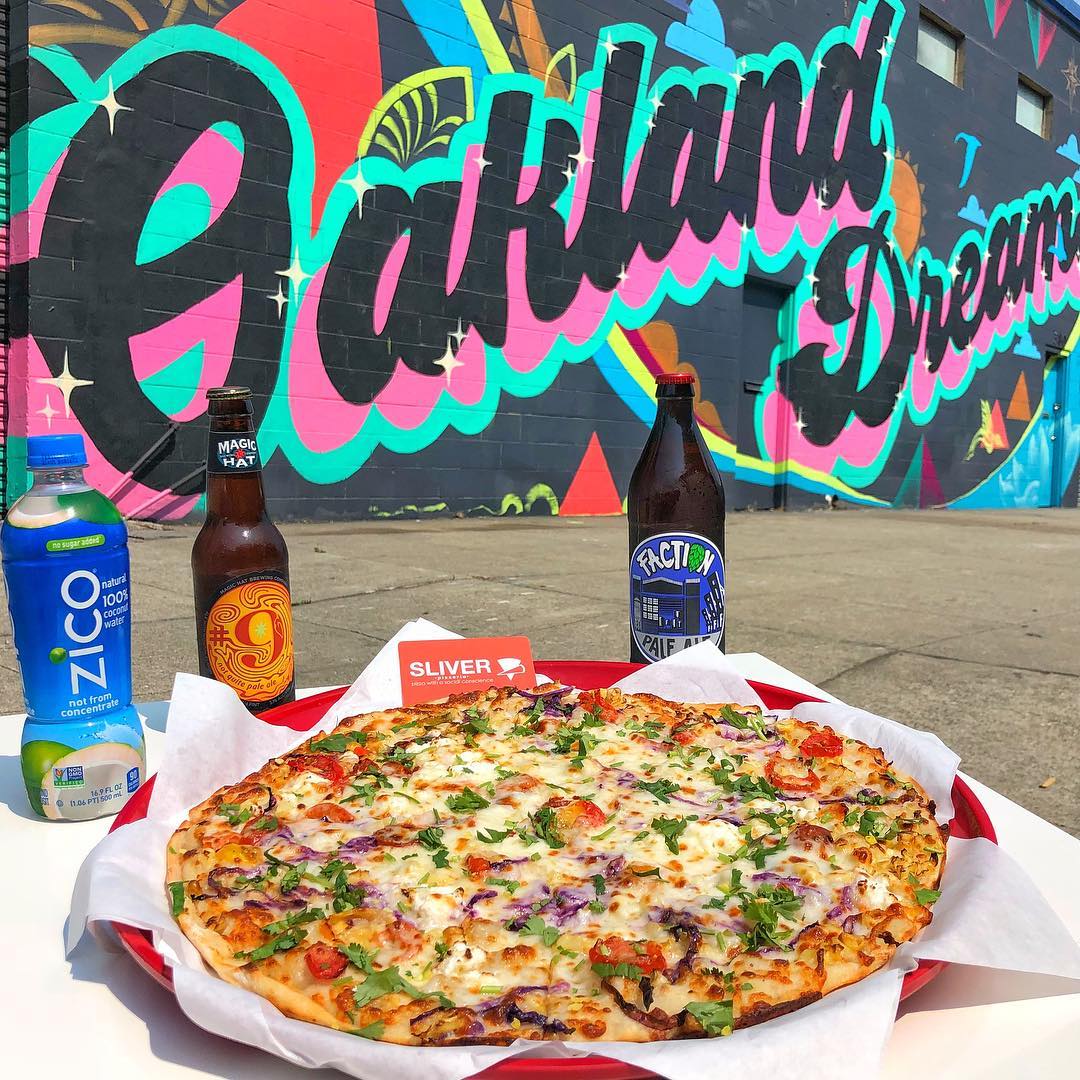 The Rockridge spot will follow the restaurant chain’s concept of a changing daily menu of one vegetarian pizza and one salad, but the new outpost will feature something that could help change the vibe of the Ridge shopping center — it will boast a large outdoor patio/beer garden, and host live music performances, which may inspire diners to spend more time here and give more business to other area shops. Sliver will be at 5132 Broadway, Ste C-102, Oakland 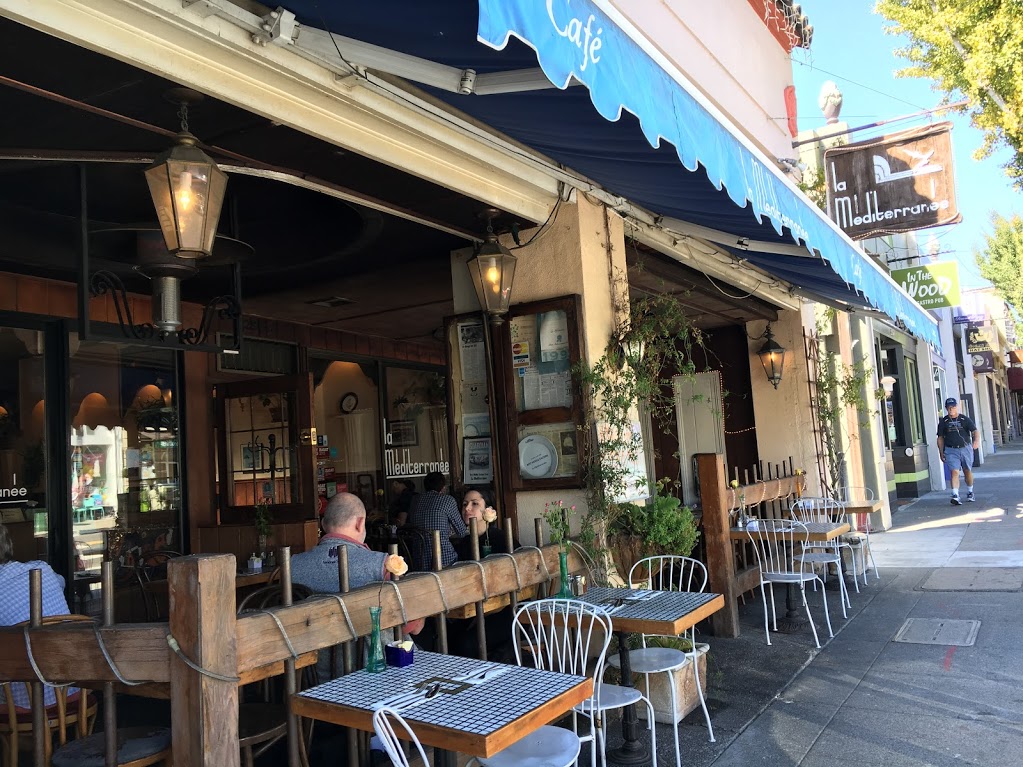 Owner Garbis Baghdassarian is looking for a new restaurant owner to pick up and continue the 36-year-old Mediterranean restaurant in the Elmwood.

Although Baghdassarian is selling the restaurant, he is not selling the building. As its landlord, he’s dedicated to finding someone who will operate in the space as a Middle Eastern or a Mediterranean restaurant.

“After being there for all these years, I really would like to see someone continue the same type of food. We have a variety of different types of restaurants [in the Elmwood]; I’d like to keep the diversity,” he said. “I believe being here for almost 36 years and having built a clientele, [diners] come for Mediterranean and Middle Eastern food. They come for the hummus, baba ganoush and all that.” His hope is that the new operators will continue the tradition he’s started, perhaps putting their own stamp on the place by adding new items to the menu. And also, because Der Bedrossian still owns La Méditeranée, the new restaurant will have to change its name. 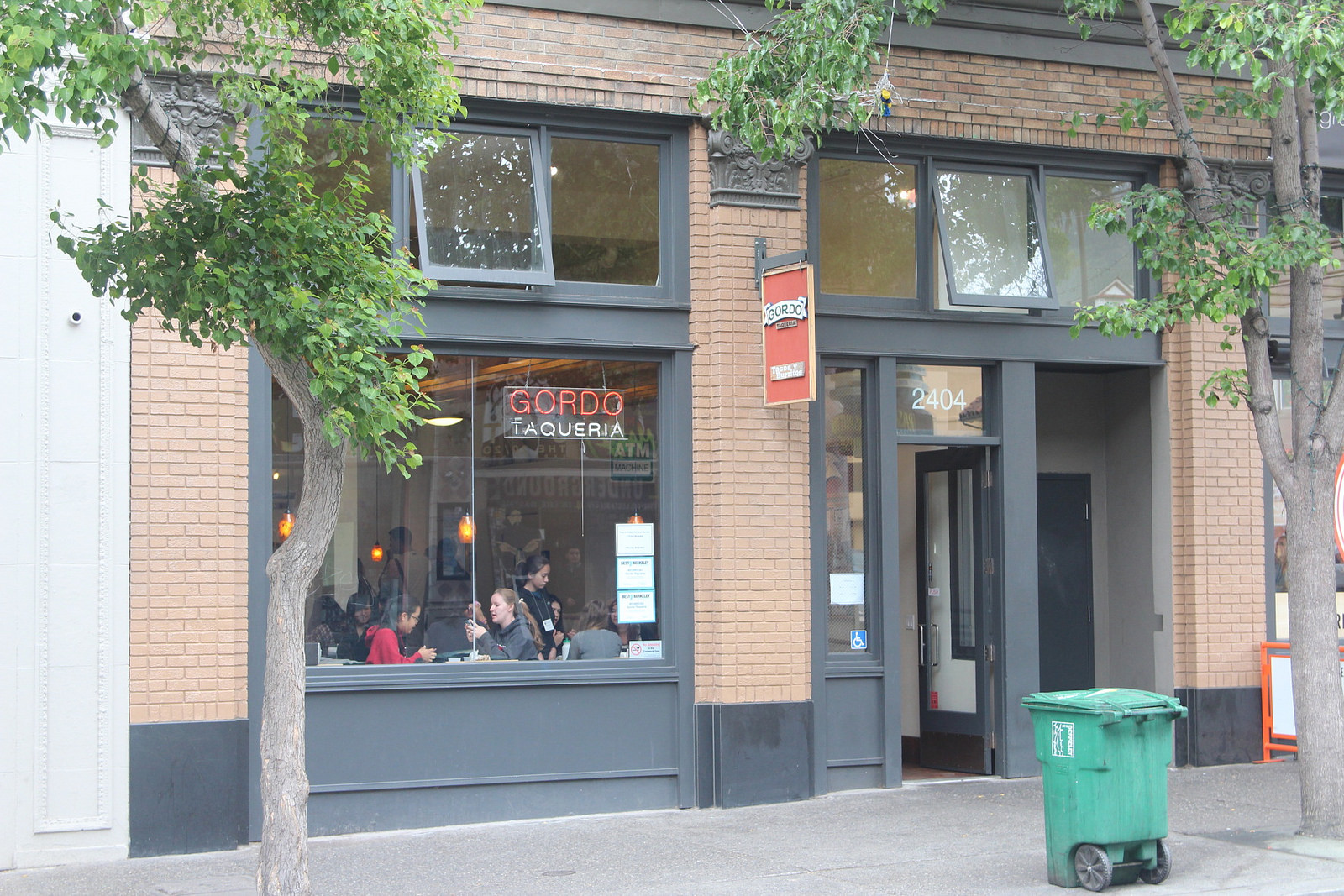 It’s been an amazing 8 years due to our incredible staff and wonderful customers. We can’t thank you enough for supporting us and we hope to see you at our other locations! We will miss everyone there! ¡Adios amigos!” Nosh has made several attempts to find out the reason for closure, but have not yet heard a response. Rumor has it that Jalisco Mexican Food, which has branches in Campbell and Oakland, will take over the space. 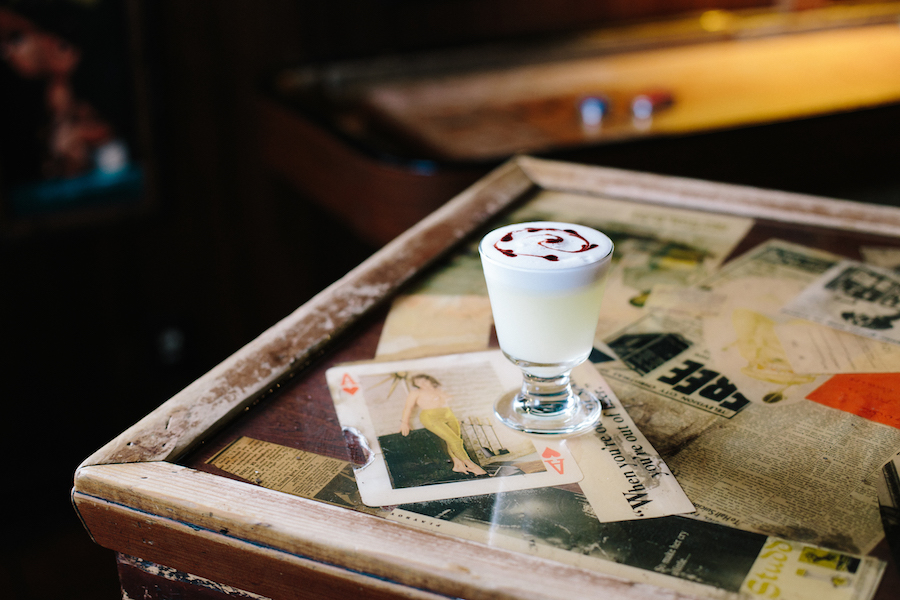 Watch: Mesmerizing cocktail alchemy at the Hotsy Totsy in Albany

Bartender and co-owner Jessica Maria does her magic behind the bar.

Berkeley’s Spenger’s Fish Grotto, which first opened in 1890, is no more. Yesterday, the seafood-focused institution posted a sign on the door announcing the immediate and permanent closure of the restaurant. 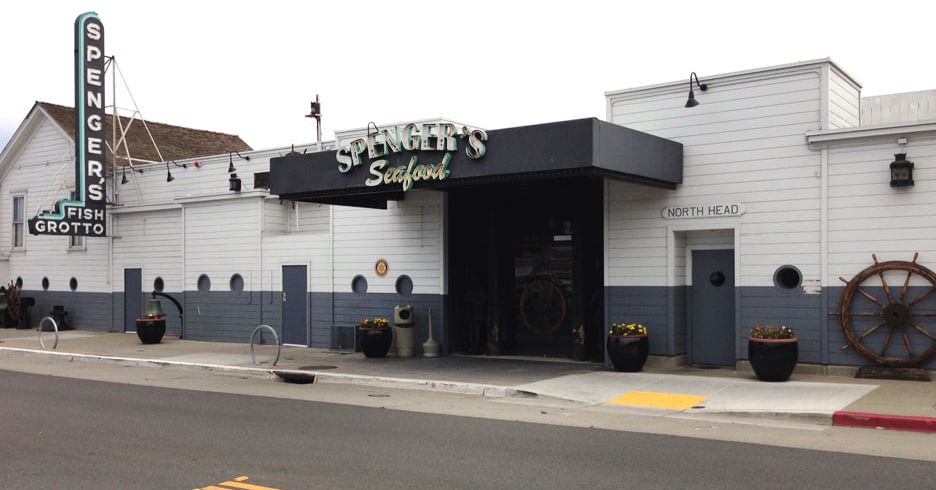 Berkeley’s Spenger’s Fish Grotto, which first opened in 1890, is no more. Yesterday, the seafood-focused institution posted a sign on the door announcing the immediate and permanent closure of the restaurant.

I remember one of my first few meals after relocating to the Bay Area was at Spengers. At the time, I just graduated, and hadn’t started working yet. I met up with a friend who lived in Berkeley and we ate at Spenger’s. When I got the bill- $30- I was in a bit of pain since I hadn’t started getting paid yet. I don’t remember much about the food though.

more on the 128-year history of Spenger’s:

Spenger’s Fresh Fish Grotto, Berkeley’s oldest restaurant, in a building that’s a city historical landmark, was originally the home of Bavarian immigrant and fisherman Johann Spenger. He started selling clams and beer from the front of the building in the 1890s. The eatery at 1919 Fourth St. expanded through the years and over the Spenger’s generations, becoming a full-service restaurant in the 1930s. It’s always specialized in fresh seafood and was known for thick clam chowder served with baskets of crusty San Francisco sourdough bread on the side.
…
“We look forward to repositioning Spenger’s with an innovative concept that makes the most of the DNA from the pre-1950s,” said Michael Phillips, President of Jamestown. 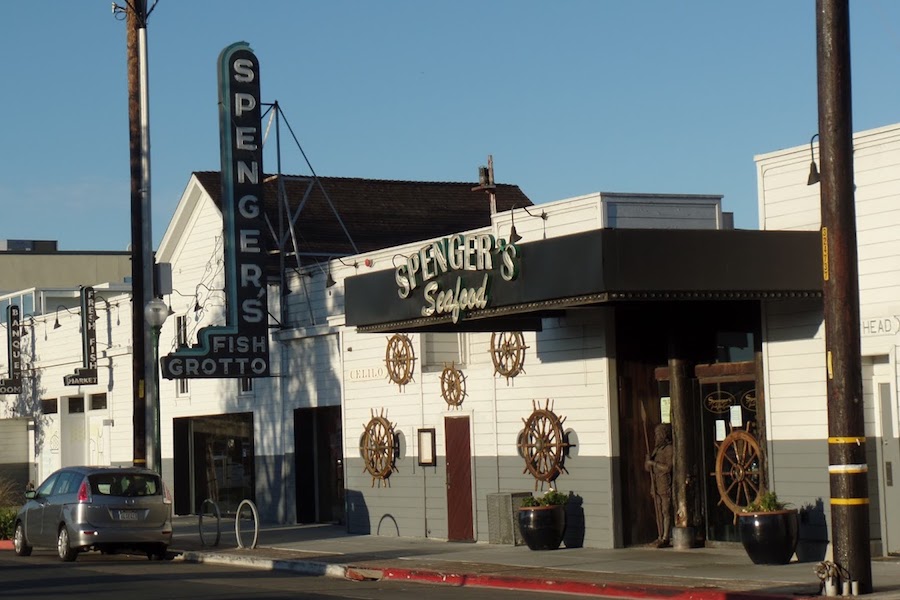 The shutdown of the 128-year-old restaurant follows closely after the closures of longtime Berkeley institutions Brennan's and Hs Lordships.

Farmburger on 9th at Gilman has shut down, and will become a branch of Marin Pizza. I liked their burgers, but they somehow never figured out how to fry potatoes. Other people complained about the lines and the number of young children running around, but that never bothered me since I tended to go off-hours.

The same people who brought Farmburger to town are managing the Marin Pizza opening. Marin Pizza offers 12-inch whole pies, and even though people are complaining that we have plenty of pizza joints, not many of them sell individual pizzas. I’m looking forward to them.

Marin Pizza on Gilman is open. I had a very good Margherita pie for lunch–the thin crust was crisp in places and had just the right char, and the sauce was delicate. $12.95 for a 10-inch is a good price around here, and they have a lunch special, a 7 inch pie, salad and drink for $9.95. 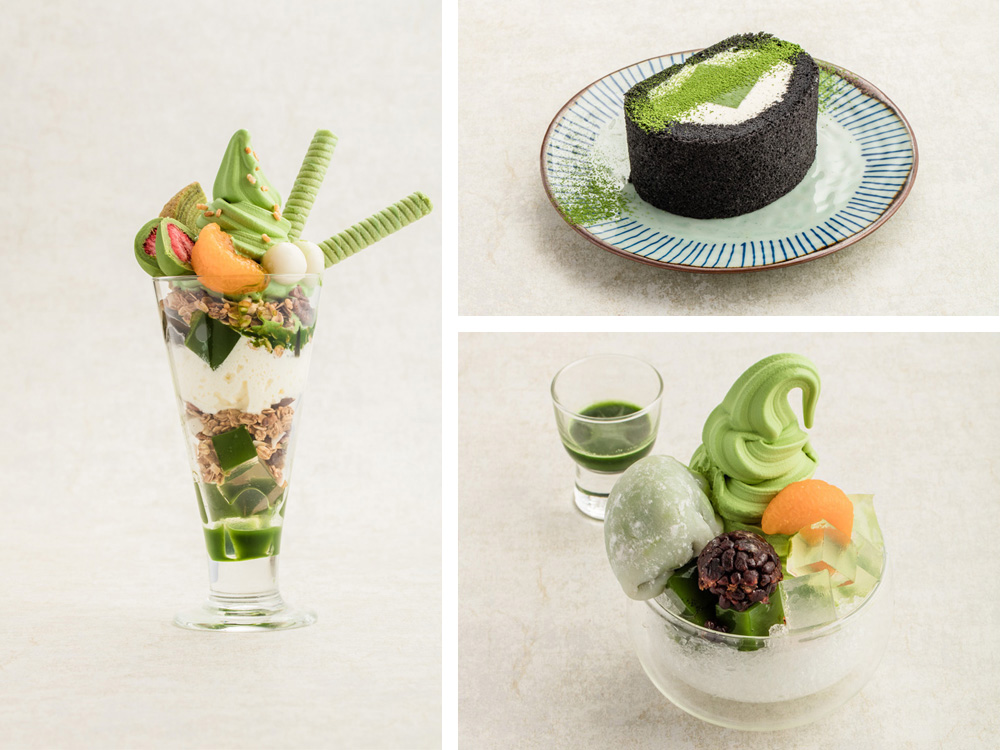 MUR, Evenings at Café Ohlone, on Saturday, Dec. 15. Guests at this the multi-course dinner event will not only try dishes like bay laurel nut truffles paired with watercress and dried wild strawberry, and venison and chanterelle stew, slow cooked with yerba buena and bay laurel, but hear stories and meanings behind the foods and drinks served from cultural revival leaders in the East Bay Ohlone community. The dinner takes place from 5-7 p.m. and is limited to 30 guests. Tickets are $95 (10 tickets will be sold at the door on the day of the event). Café Ohlone, in the back of University Press Bookstore, 2430 Bancroft Way, Berkeley