Last week we got around to trying Berg’s Smoked Meat and Poutine which now has a permanent location in Belmar.

The Montreal smoked meat sandwich was excellent. The meat was terrific although they could use a higher quality rye bread. The poutine was fantastic. The matzo ball soup was the only disappointment.

There is only a counter with a few stools if you want to dine in but they do have some outdoor tables for nice weather. 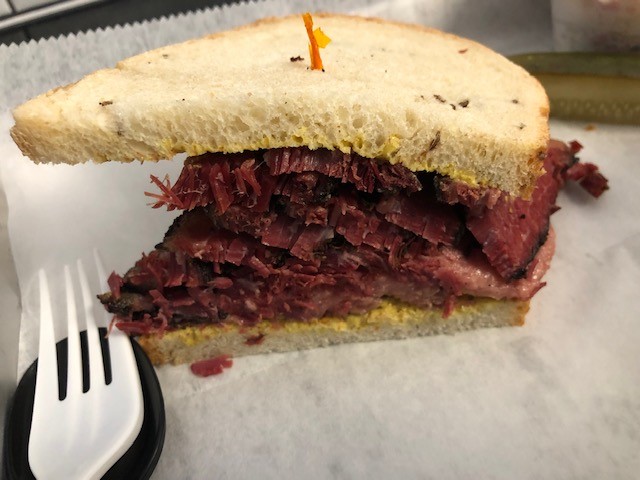 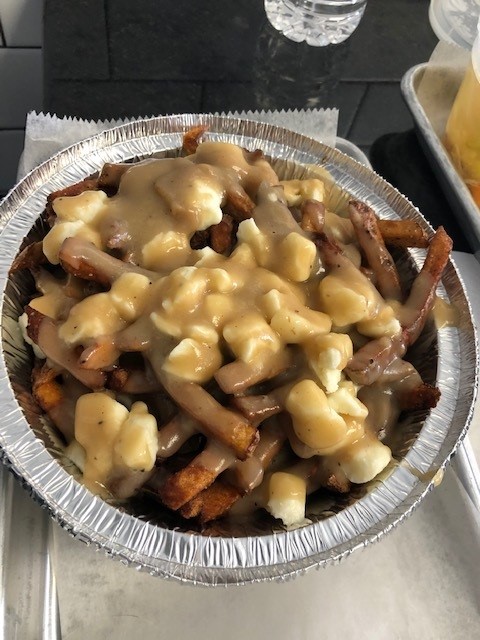 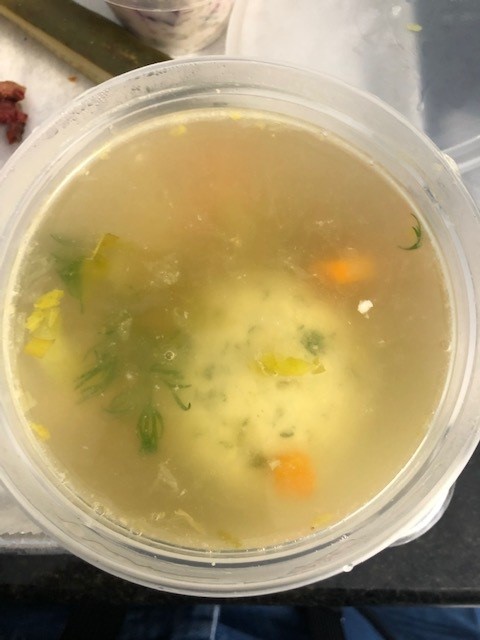 I don’t understand why so many places ignore the quality of good bread to really bring any sandwich to the next level - best example is pastrami at Katz - the meat alone can compare with Langer’s but looking at the whole sandwich Katz’s bread is a sad joke and Langer’s whoke pastrami sandwich on a completely different level. The bread on this sandwich looks dreadful.

I presume you’ve been to Katz’s so you would know that the rye bread there is not exactly high quality. The thickness and juiciness of the pastrami cause the bread to fall apart.

We had smoked meat at Schwartz’s in Montreal many years ago. Looking forward to trying it here. Thanks for mentioning the outdoor seating. We’ll definitely go when the weather warms up.

Edited to add: @honkman, I was typing when you posted. Obviously, we agree about the bread at Katz’s. Shameful!

Does good rye bread travel well? I think it may not be that they are ignoring it but that there is not a good rye bread in the area. Freedman’s was the only local place with a good rye and they’ve been gone for years now.

Nice write up. Been a few times now and am always so freakin excited to eat the sandwich that I never paid any attention to the bread. That smoked meat is pretty great.

So true about Freedman’s! I have a bag of organic rye just waiting for me to make some corn rye bread because I miss it so much!

Maybe I’ll have to grab a sandwich and put it on my own rye bread. I feel a bread baking session coming on!

I agree completely about the poor rye at Katz (and the great rye at Langer’s) so my solution is to order a sandwich on club bread at Katz. The one at Langer’s travels quite well

I’m not a fan of Simona’s Italian bread, which is closer to me than Del Ponte’s, and so have never tried their rye. I may have to take a ride to try Del Ponte’s.

I wasn’t familiar with Salomon’s but Manalapan is a ways to go for a single rye bread. Do you have any other recommendations?

I miss their corn rye too. It was the best.

I’ve tried baking rye a few times but they always ended up too dense and heavy. I’ve given up.

As in Los Angeles? I’ll have to figure out how much delivery to NJ costs before ordering. I’m guessing more than the bread itself.

Salomon’s in Manalapan has great rye bread. I frequently get the onion rye.
They also have wonderful onion rolls and onion pockets. 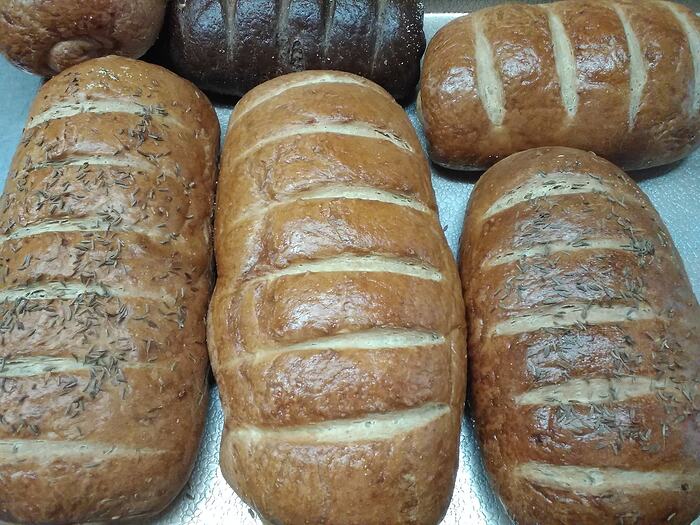 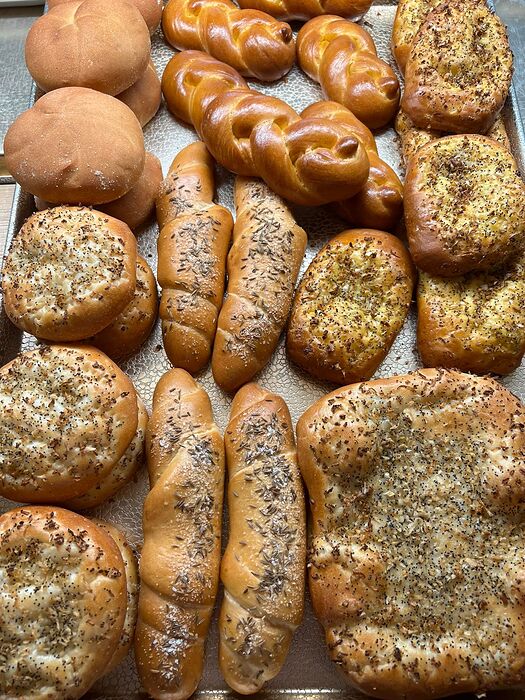 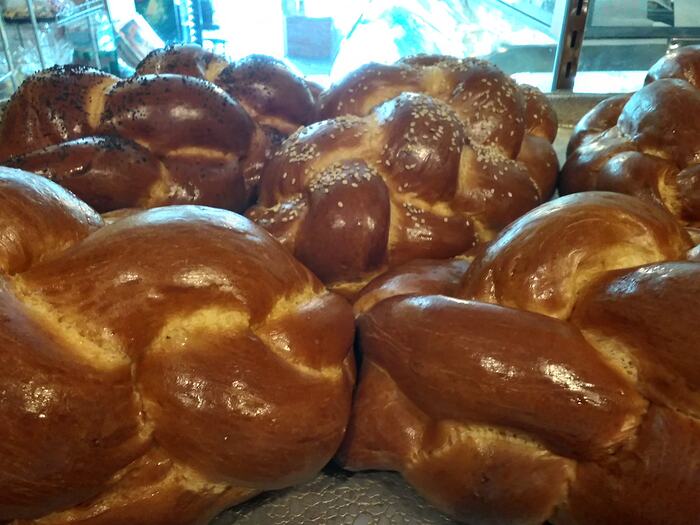 I love the breads at Net Cost Market great Eastern European breads.
They don’t necessarily always have traditional rye bread but have great varieties of rye & other hearty breads.

Not a fan of Del Ponte’s Italian bread either.

I looked at the photos of a similar meal I had in Montreal just to check the bread. Ate the same sandwich at 2 places, the bread was the same type. On the first visit I thought they brought us someone else’s order because of the bread.

I can’t recall this shop’s name but it’s not far across the street from Schwartz’s. Didn’t occur to me to take a photo of the bread itself but you can see a bit of the side here: 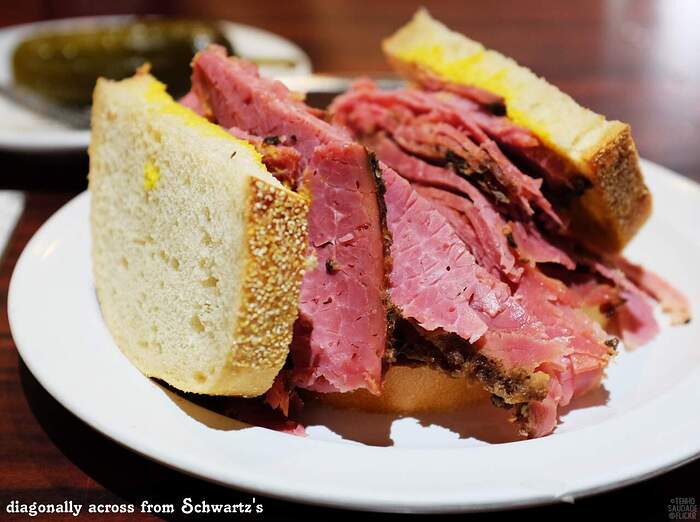 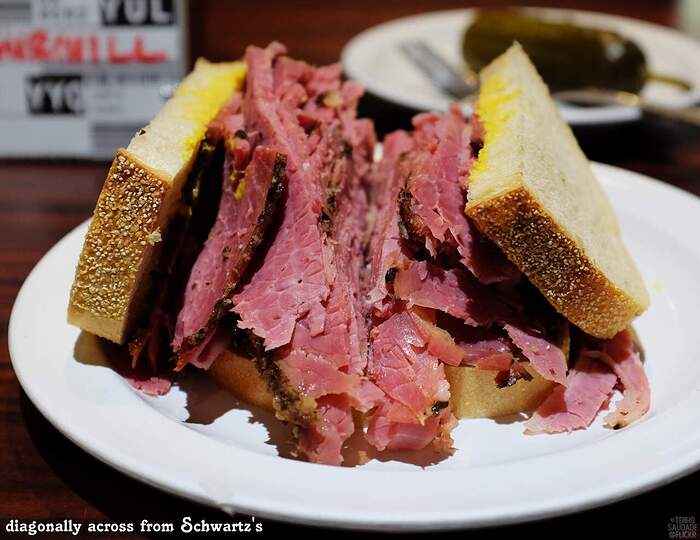 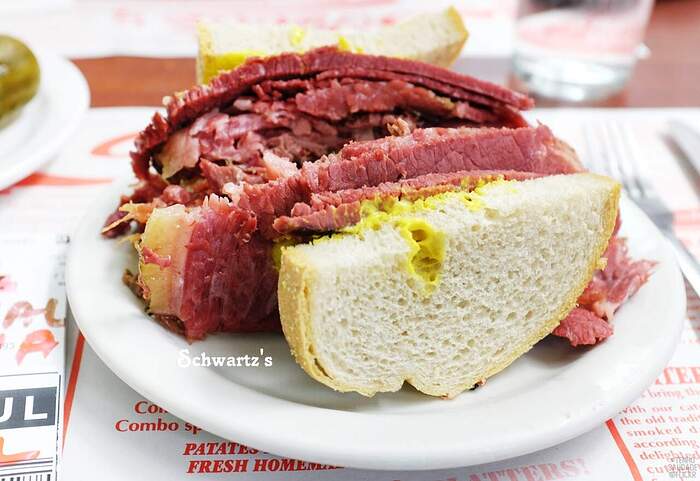 I ordered 2 versions. This one is “fatty”, above is “normal”. They have other things besides smoked meat. Also from their charcuterie next door. Would love to visit Montreal again just for 2 things: Schwartz’s and Dieu du Ciel! brew pub. 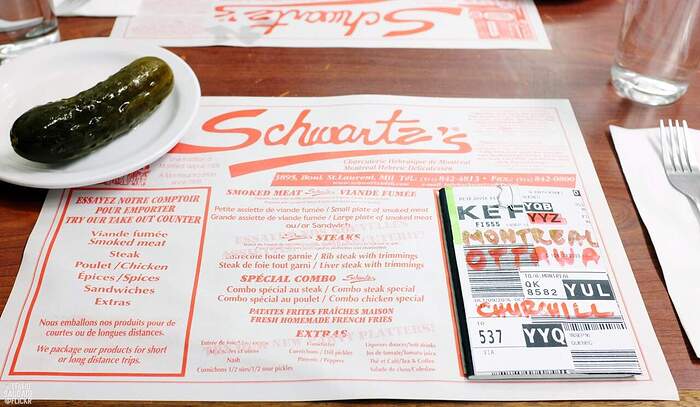 There are many types of rye breads but I only know the colour is at least like this, and it’s only half rye. Never seen pure white rye bread like in my Montreal photos. 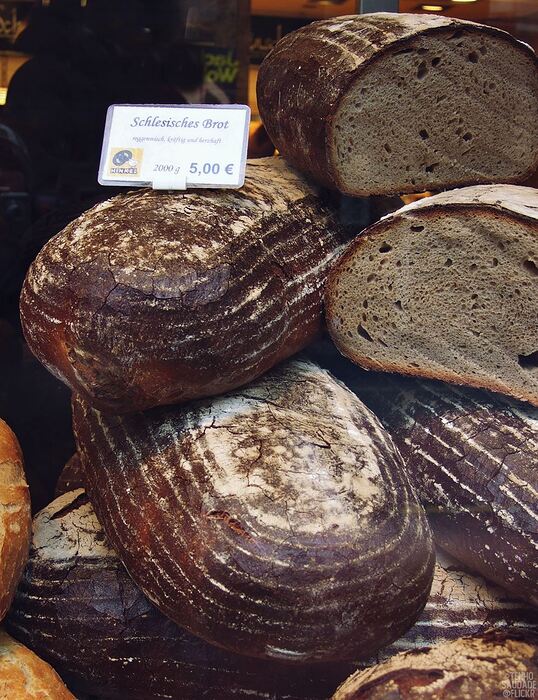 I believe the deli across from Schwartz’s is The Main.

IMO, Schwartz’s has and always will reign supreme! That said, I am biased as a tried and true Montrealer raised on Schwartz’s as was my father before me. Sure, I’ve eaten others, ranging from bad (Nickels) to ok (The Main) to very good (Snowden) still nothing beats a hot, fresh smoked meat sandwich from Schwartz’s.

As for Montreal Rye bread, never with caraway seeds for a smoked meat sandwich. Don’t know why that is, just a Montreal thing I can only presume.

These pics are two hours old…not pictured is the Reuben whose bread was grilled to a perfect moist crispness rendering the rye argument somewhat moot. If you are two people and you order the poutine w/meat, you don’t need two Sammie’s, although I will finish the rest for dinner. 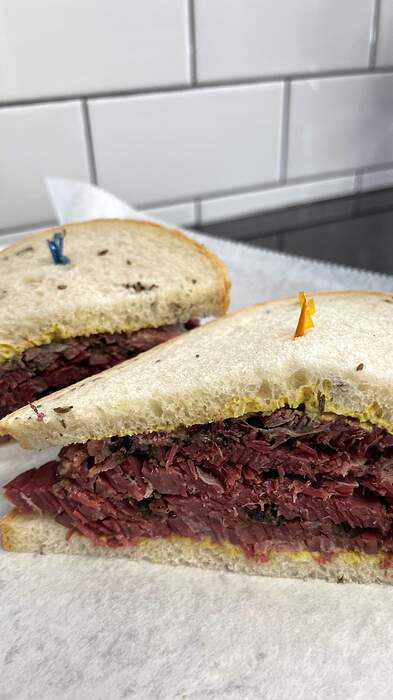 We had to wait in line outside to get into Schwartz’s. We were there during warm weather (whenever we went to Canada — years since we’ve gone there — it was always in the summer), so we didn’t mind. The line moved fairly quickly. It’s a pretty small space and was jam-packed. We sat at the counter. Ordered the smoked meat fatty. Delicious. Definitely different from pastrami.