Thanon Dinso, an atmospheric little street located a short walk from the Democracy Monument , is home to some really interesting eateries. One of the most popular ones has to be Krua Apsorn, a darling among foreign publications and foodie-tourists as much as locals, especially government officials/civil servants from the Bangkok Metropolitan Administration offices nearby. 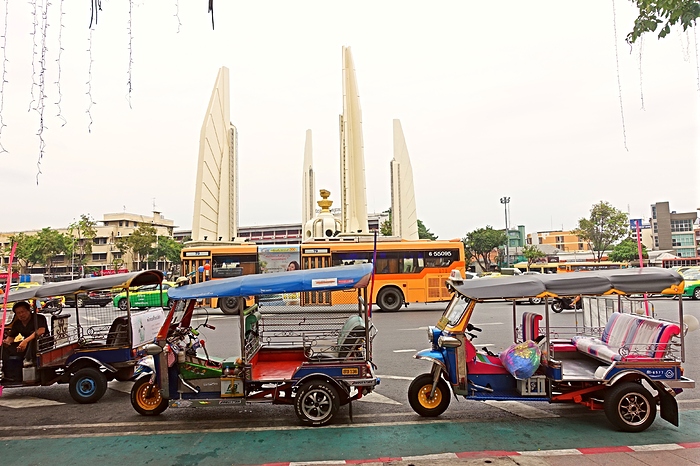 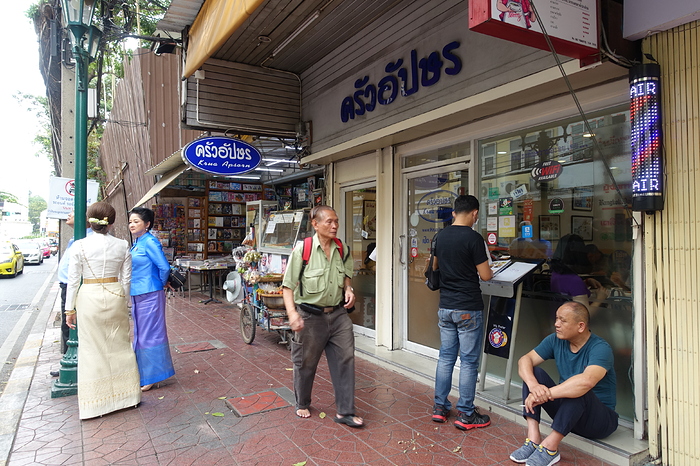 Krua Apsorn was opened around 1996 by an enterprising woman-chef, Chanchavee Sakulkant, popularly known as Auntie Daeng to her family, friends and customers.

Auntie Daeng was actually a civil servant (working in the Irrigation Dept.) until one day - and this happened about half a century back - her cooking prowess amongst her office colleagues resulted in her being chosen by the wives of the department’s managers to be responsible for preparing a reception dinner for a couple of visiting royals: Princess Mother Srinagarindra, the mother of the late King Bhumipol Adulyadej, and her daughter, the Princess Galayani Vadhana, the older sister of King Bhumibol Adulyadej (Rama IX). Princess Galayani is a direct granddaughter of King Chulalongkorn (Rama V), and aunt of the present Thai King Vajiralongkorn (Rama X).

As the fates would have it, Auntie Daeng’s cooking made such an impact on the royals that she was invited to be the personal chef for the Princess Mother! And that was to be Auntie Daeng’s subsequent career until the older royal’s passing more than a quarter of a century later!

Right after the elderly royal’s passing, Auntie Daeng’s sister, Khun Apsorn, suggested that she open her own restaurant to showcase her signature royal palace dishes. She did - and also promptly named the restaurant after her sister, which was how Krua Apsorn came to be.

The original branch at Samsen was a favourite among government officials, and is a real pain to get in on weekdays. The larger branch on Thanon Dinso is just as popular, but you have a better chance of snaring a table. Service is efficient and friendly. 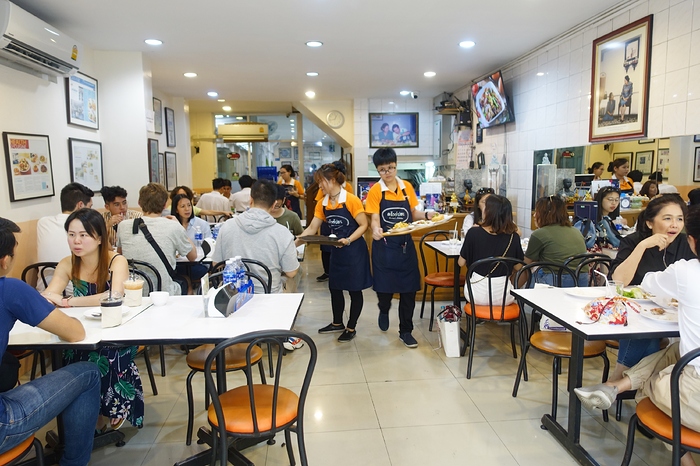 Our lunch last Friday consisted of: 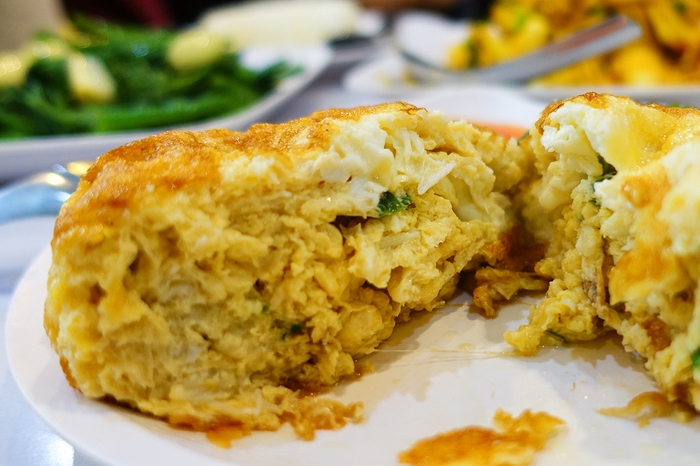 All the dishes were well-executed and some of the best-tasting we’d had in Bangkok.
Of course, we didn’t want to miss our favourite Thai iced milk tea. 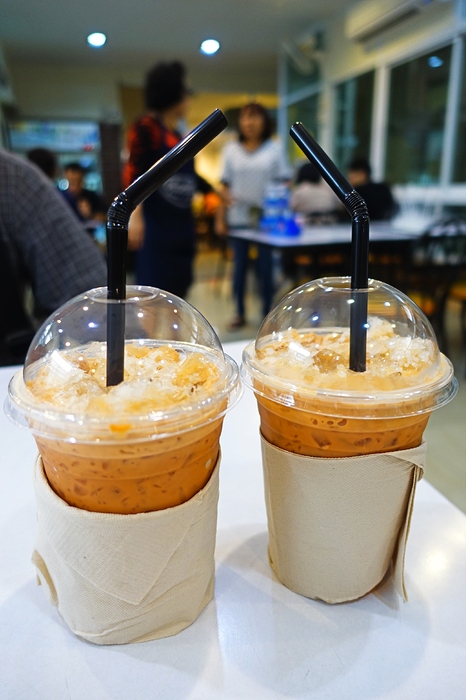 Really like the omelette. The CV of Auntie Daeng is impressive.