Jib Kee, a Cantonese roast duck eatery located in a three-unit shophouse, right across the road from the famous Nang Loeng market has been around since the 1930s. Besides their famous roast duck and crisp-skinned roast pork, don’t miss their double-boiled duck soup, sprinkled with coriander leaves. 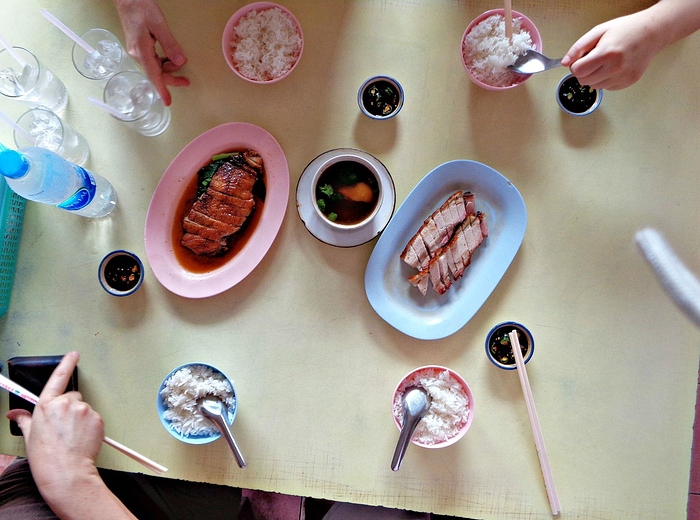 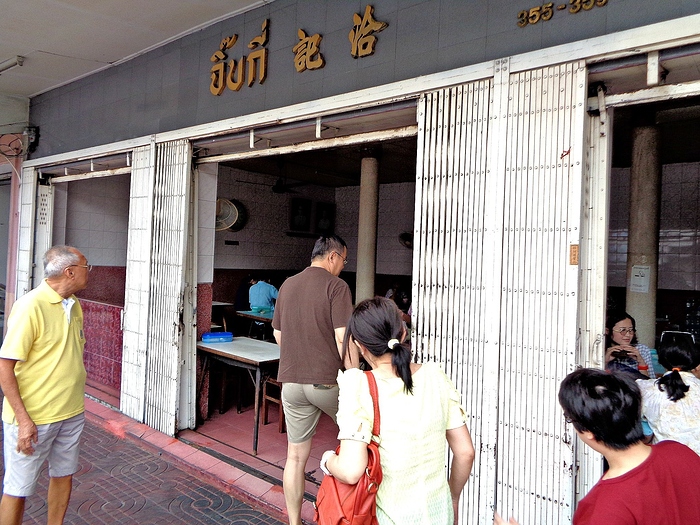 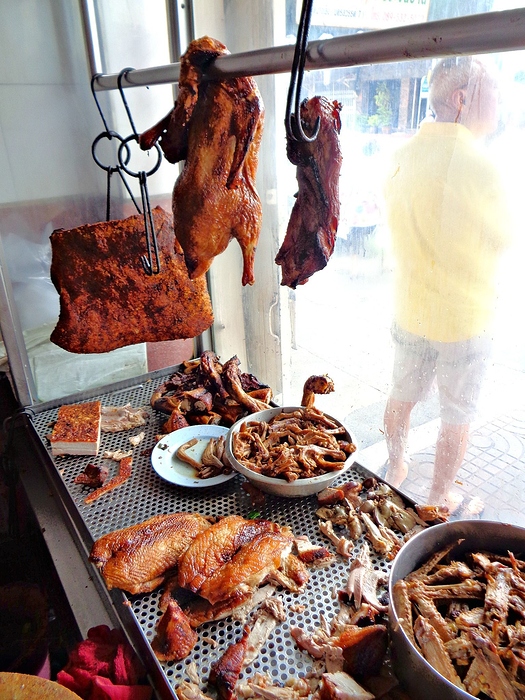 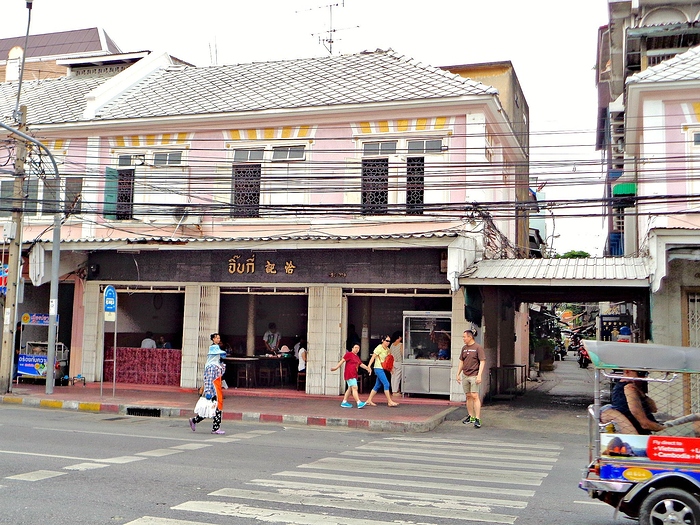 Do they like the inner meat a little pink over there?

Not really, the Thai-Chinese in general have pretty much the same taste preferences as Chiuchow people elsewhere.

Does it mean its a little raw in the middle?

No, I think the reddish hue you saw comes from the blood off the bone during the chopping.