A former chef from the Dublin Koi Palace has opened up a restaurant on Hesperian, not too far from Veggie Lee (the vegetarian restaurant helmed by a former Daimo chef). The space is large, with surf-themed decor inherited from the previous business.

The short menu covers contemporary dim sum dishes as well as a few non-Cantonese dumpling/bao/noodles dishes that are becoming popular at Chinese restaurants with varied styles. They’ve been open a week, and my first impression is that it has potential, but that ingredient ratios are a bit off. The location is convenient for me, so gladly I’ll be back. 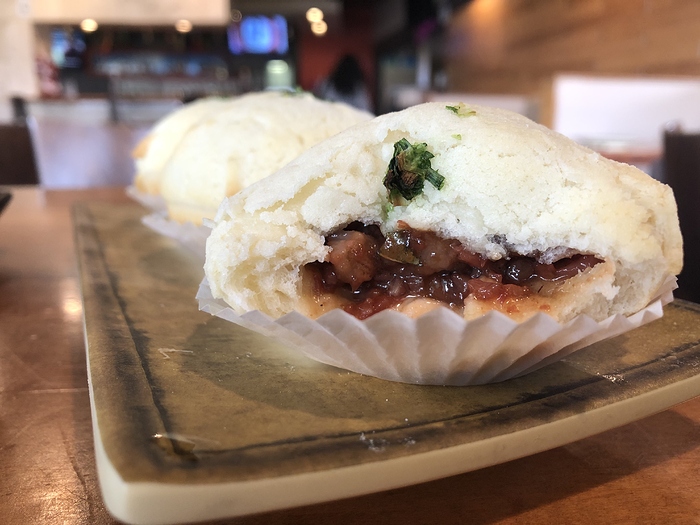 Baked BBQ pork bao were great. Crumbly “Pineapple” topping paired well with the small pork dice, which a not too gloopy or sweet sauce held together. These are big (China Live has nailed the bun to meat to crust ratios in their smaller versions). 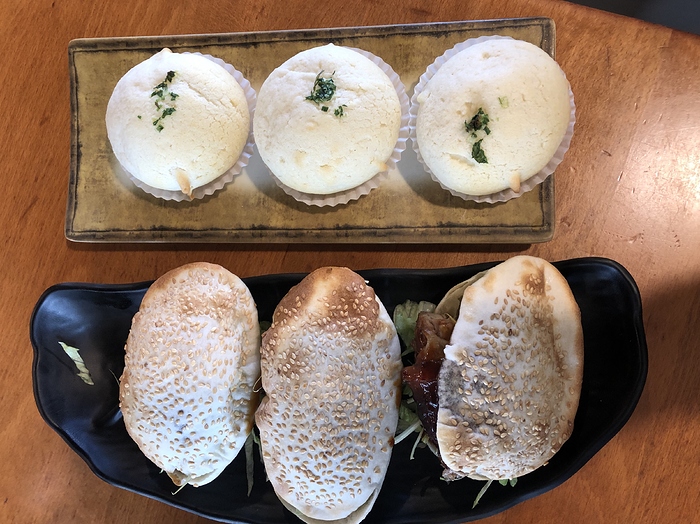 Speaking of China Live, both restaurants have kumquat glazed Peking sesame buns (Shao bing). Bamboo Steamer’s Shao bing were fantastic—fresh and redolent of sesame — but the duck was way oversauced, and there wasn’t any noticeable crisp skin. Lots of scallions. 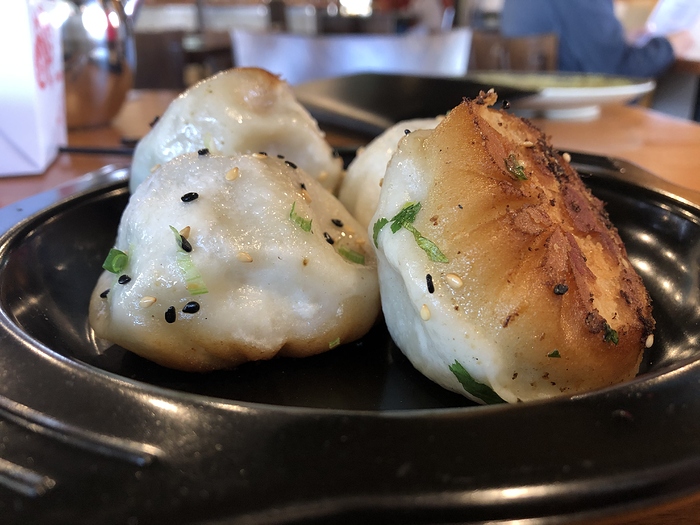 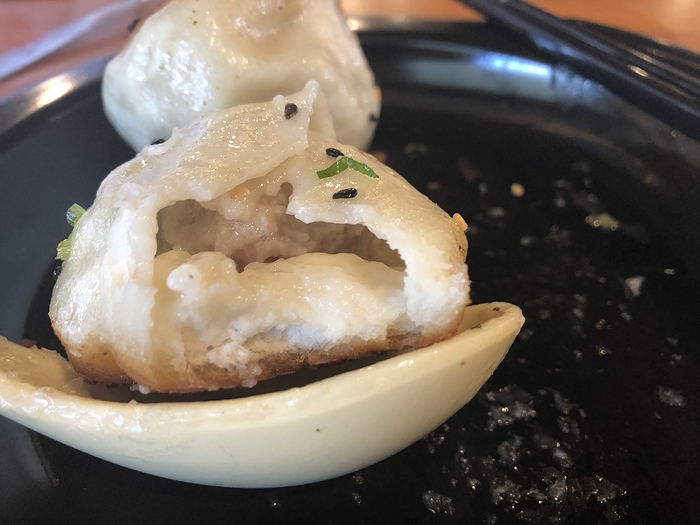 Shanghai Pan-fried buns (sheng Jian bao), fried pleat-side down with bottoms more leavened than tops, were better than most Shanghainese places. A 1/4 spoonful of soup dribbled out as I took my first bite, and there were drops of reserves on the far side of the meatball. The browned bottoms were toasty, a little thick and tough at points, and had a convex tuft of dough on which the meatballs sat. Good body to the soup. 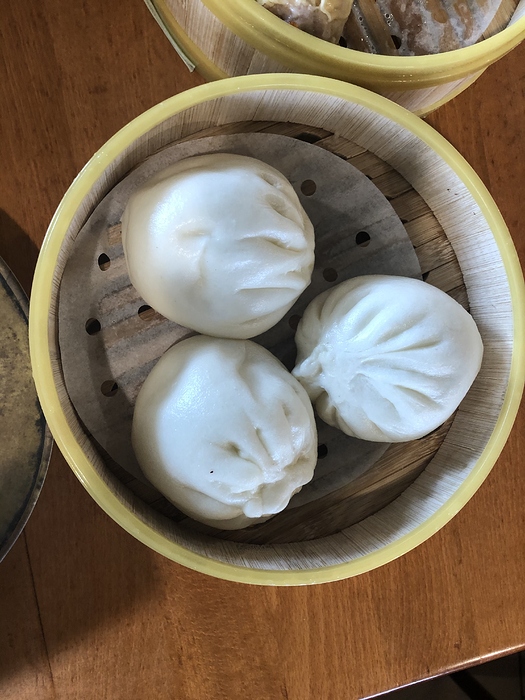 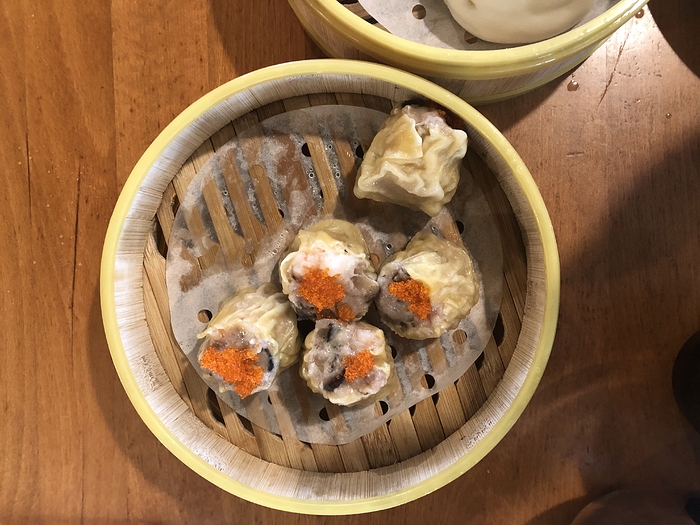 Both the Shrimp and pork siew mai and chicken and mushroom buns were very good. The latter had lots of empty space inside if you wanna be picky. 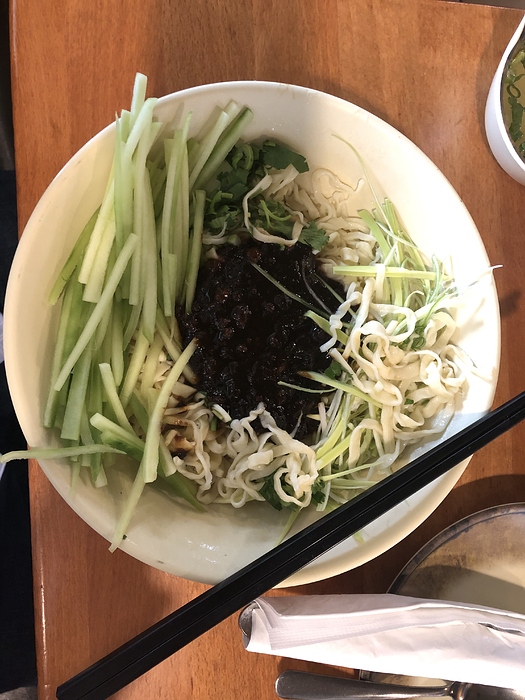 Tossed noodle with minced pork and garlic (zha jiang mian) had a brown sauce that contained halves of tiny fermented soybeans (same type as in toubanjiang, not black beans). Server said the noodles were hand pulled, which was supported by haphazard widths. However, the lack of stretchiness, flat noodles with almost an al dente pasta-like texture, combined with 2-4 inch lengths gave the composition a spaetzle-like feel. That could have been okay had the noodles not been half the length of the stiff cucumber and scallion slivers.