Bad news in the age of Covid-19

On the other hand, your president has now said “I’m all for masks”. And, asked if he’d wear one "“If I were in a tight situation with people I would, absolutely.” Public safety advances one person at a time.

Public safety advances one person at a time.

So true. I was walking on the sidewalk the other day in our small town center, mask on. A woman approached without hers on. As I got back to my car she’d seen me and was now wearing her mask. A micro-win.

Great article about NOLA, but sad.

Current and in depth article from Vanity Fair.

Sad to see the Cafe du Monde so deserted. We were in the city for several days as part of what we called our “music tour”, in 2016. We passed the Cafe several times, at all sorts of times, and it was never other than packed.

Truly heartbreaking @Harters; I happen to love Cafe Du Monde, despite the touristy aspect, always have cans of their coffee with chicory on hand to French Press, and think Sally’s (very near to DM) has the best pralines in town.

In 2015, a full 10 years after Katrina, we made it to the Bywater District and parts of the 9th Ward. There was still very much of the visible impact from the storm. And now this - I feel for the city and it’s residents. I may sneak a pic in of DD1 at CDM, and you will see that I raised her right, based on her attire lol. She would kill me, but doesn’t know where I post. (I think) Stay tuned, so I can over share. Again.

Maybe. If I get my courage up.

You can’t fix stupid. I believe in Alabama you can shoot it. sigh 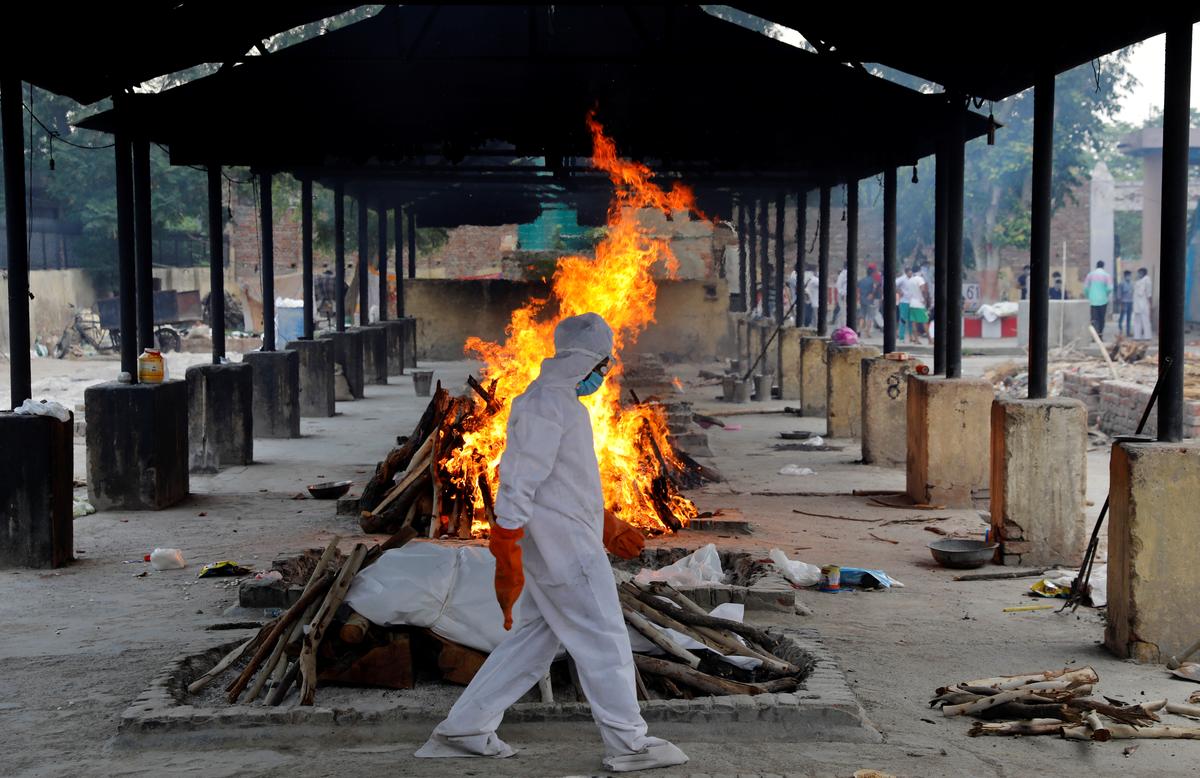 Global coronavirus cases exceeded 11 million on Friday, according to a Reuters tally, marking another milestone in the spread of the disease that has killed more than half a million people in seven months.

I feel bad for the residents of Myrtle Beach, SC. Close down the beaches elsewhere and people will gravitate towards the next place. Like ants at a picnic. Masks are supposedly mandatory but good luck with that.

Utoh - Just noticed there will be a full moon this holiday weekend. Not good.

It is obligatory, a law in Spain.

In many parts of Italy (Milano, Roma off top of thinking cap) it is obligatory - law.

It is also “fine-able” to go without one …

Definitely, a preventive measure in my viewpoint … And we are accustomed since it is a complusory law.

It is obligatory, a law in Spain.

Yes, I’ve read the extensive regulations enacted by the Canaries provincial government, including requiring masks when you cannot socially distance. Disappointing to read today that part of your province is in lockdown again.

In the UK, masks are obligatory on public transport in England. In Scotland, they become obligtory in shops from 10/7. I think in Wales & Northern Ireland they are only advised.

Reporting here in the US that German anti-vaxxers and anti-maskers are ganging together.

Yes, it is obligatory to wear a mask, in shops, on terraces or inside restaurants when not eating or drinking, and when getting up to leave or go to the restrooms … Also, all public transport, all buildings and all offices and all shops and all central markets and all supermarkets. In crowds when walking.

Basically, I always wear one when I walk out my door. It is preventive and I am extremely prudent regarding this “devil of a virus” …

The contagiousness is frightening. I do not wish to go home and give it to my dear nor my family when we visit or they visit us.

The Mediterranean, relies on this sector economically.

It is vital to wear a mask if you step out of the door !

both Spain and Italy should of waited a little longer to permit tourism from other E.U. nations,

I’m surprised that both (and most others) are permitting entry by UK tourists, when we still have a relatively high infection rate (still much higher than the day we went into lockdown). It has to be a worry, to my mind, that British tourists could bring the infection back to Spain.

A version of this piece on perspective has made the rounds for a couple months now; haven’t seen it here, so if it’s yesterday’s papers, please bear with the repetition:

It’s a mess out there now. Hard to discern between what’s a real threat and what is just simple panic and hysteria. For a small amount of perspective at this moment, imagine you were born in 1900.

On your 14th birthday, World War I starts and ends on your 18th birthday. 22 million people perish in that war. Later in the year, a Spanish flu epidemic hits the planet and runs until your 20th birthday. Fifty million people die from it in those two years. Yes, 50 million.

On your 29th birthday, the Great Depression begins. Unemployment hits 25%, the world GDP drops 27%. That runs until you are 33. The country nearly collapses along with the world economy.

When you turn 39, World War II starts. You aren’t even over the hill yet. And don’t try to catch your breath. On your 41st birthday, the United States is fully pulled into WWII. Between your 39th and 45th birthday, 75 million people perish in the war.

Smallpox was epidemic until you were in your 40s, as it killed 300 million people during your lifetime.

At 50, the Korean War starts. Five million perish. From your birth, until you are 55, you dealt with the fear of polio epidemics each summer. You experience friends and family contracting polio and being paralyzed and/or die.

At 55 the Vietnam War begins and doesn’t end for 20 years. Four million people perish in that conflict. During the Cold War, you lived each day with the fear of nuclear annihilation. On your 62nd birthday, you have the Cuban Missile Crisis, a tipping point in the Cold War. Life on our planet, as we know it, almost ended. When you turn 75, the Vietnam War finally ends.

Think of everyone on the planet born in 1900. How did they endure all of that? When you were a kid in 1985 and didn’t think your 85-year-old grandparent understood how hard school was. And how mean that kid in your class was. Yet they survived through everything listed above. Perspective is an amazing art. Refined and enlightening as time goes on. Let’s try and keep things in perspective.

Your parents and/or grandparents were called to endure all of the above (and likely way more personal, as opposed to worldwide, hardships) — you are asked to wear a mask when you are not home sitting on your couch!!!”

I’m thinking that countries around the world are winning skirmishes in the battle with CoronaVirus. But the war is already lost.

We need to “gird our loins” because the Second Wave of this pandemic will take out tens of millions of people worldwide.

Anyone want to talk about the new breed of traffic scofflaws this epidemic has emboldened?

In my neck of the woods:

Not looking good here either.

Well, the tourists (all that fly) are tested at the airports, a wise procedure and the regions, the vast majority visit are the coastlines and the islands ( the 7 Canary Islands and 3 of the Balearic Islands).

Another issue is, not all come through the airports ! Many ferry over and drive down through France to reach both Spain and Italy !

Many British citizens also own homes in Spain or Italy, so not all are tourists.

I believe there maybe a quarantine as well for 14 days. I am uncertain which countries and / or autonomous regions must quarantine for this 14 day period … So, it is quite complicated both economically and poltically too !!

Also, the migration issue, which both Italy and Spain endure, is another problem. They found many cases of Covid19, when the rescue teams (Red Cross etcetra) pick the migrants up at sea, and they are tested at sea on rescue ships.

The taxman has recently revealed an unprecedented amount of taxpayers’ money had been spent during lockdown. He also announces taxes will go up next year because he needs more money, as do our slave drivers in Brussels. Mugs who still have work and have no children will pay through the nose even more next year.

Going on holiday this year, or even early next year remains a dream for now.