I found this interesting 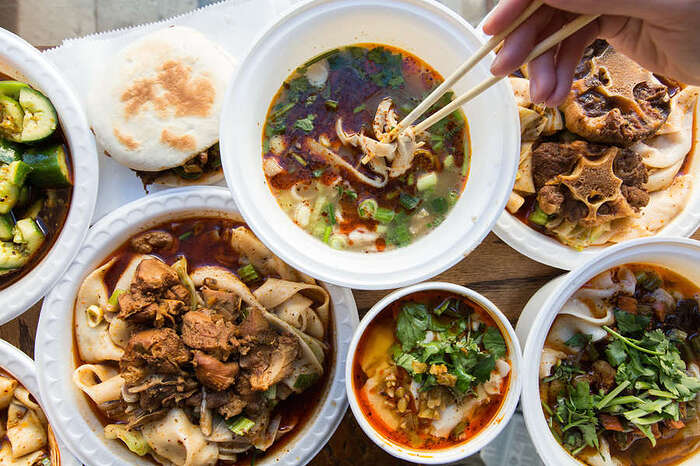 Why There's Barely Any Cheese in East Asian Food

Well, there are a few reasons, actually...

I also found it interesting. Particularly to the reference, in the first sentence, to cheese wontons. Not something I’ve ever come across in either of the UK’s two major Chinatowns (London and Manchester). Presumably an American creation as suggested in the article.

The article moves through an interesting explanation of its basic theory. Then it reaches the final sentence when there is mention of “Crab Rangoon”. Now, I’ve never come across a Burmese restaurant so I don’t know if this is traditional food or not. It certainly doesnt appear on any East Asian restaurants in my neck of the woods. But I have come across it once before - in the Pilot House, Key Largo, FL. As my notes record it "“Crab Rangoon” was a starter from the “specials” list and may not have been my best ever menu choice. An overly thick pastry enclosed a small amount of underseasoned crab, formed into bite-sized “pasties”. The saving grace was a Thai sweet chilli sauce which probably came straight out of the bottle. "

Korean restaurants/chefs/foodies have been using a ton of cheese in their trendy dishes lately. Instagram is full of photos of cheesy covered ramen and stirfried rice cakes. Cheese bubble tea is also a big thing in bubble tea shops lately. 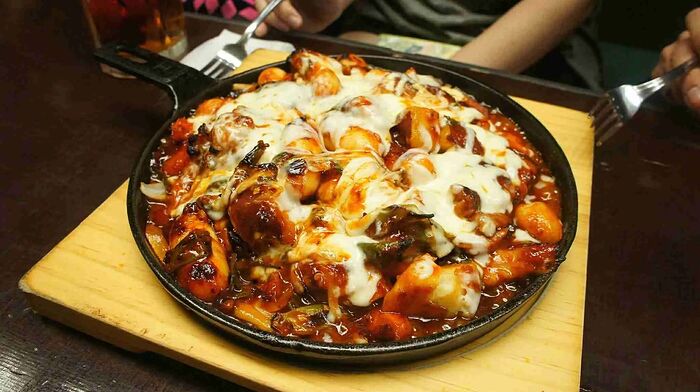 Why do Koreans love cheese so much? It all started from foreign influence, but it was fired by crisis. Korea now is a top five importer of U.S. dairy.

There are quite a few articles about Crab Rangoon.
This is a good article in a nutshell.

Tiki culture, that’s it! The Atlas Obscura article you posted is super.

I always avoided crab rangoon until I heard that a version from a local family Thai restaurant was worth trying. Surprised me. A well-prepared version can be a treat. Emphasis on well-prepared though.

I shocked a Boston Chowhound when I suggested we order it when we met up for lunch in Chinatown in Boston. Rangoon are not too common in the Toronto area- and I hadn’t had them for years. They are found in Alberta and Saskatchewan, maybe because they’re found in North Dakota, Minnesota, etc.

I thought the statement about genetic predisposition toward lactose intolerance among Asians to be interesting. I don’t have any footnotes for that. It’s an interesting observation if true.

The Crab Rangoon found in most suburban Chinese restaurants in the Boston area are mostly cream cheese, with little more than a supposition of crab. The best I have had, anywhere, is from a local Thai place (Khao Hom) that is mostly takeout. There’s enough actual crab that it is very obvious, and some chive as well. They are purse-shaped and thin-skinned. Delish!

I’ve known about that for many years, from both reading about it and talking to Asian friends. They also say that if you aren’t introduced to cheese at a relatively early age, it tastes and smells “spoiled.” From the way my cohabitant (of Polish descent) reacts to fermented foods like kimchi, I can totally see it.

Plenty of Asians in the West eat (and love) cheese. Apparently, up to 70% of the population is lactose intolerant. Lactose intolerance is a (medical) condition, and lack of exposure to dairy products could also be a reason why some Asians don’t like the smell of cheese and don’t eat it.

I ate cheese and dairy products in Tibet and in Tibetan enclaves in China. All from yaks. The smell is overwhelming and I love stinky cheeses! That should give you an idea how strong the smell of yaks is. I also ate yak meat and it was equally strong. If you think mutton meat smells strong, then yaks would chew it up and spit it out!

As for me, without cheese… that’s no life.

The best I have had, anywhere, is from a local Thai place (Khao Hom) that is mostly takeout.

That’s the very one that won us over! Yum.

Poles (and Czechs, East Germans, Ukrainians, Russians etc) used to keep sauerkraut and naturally soured sour cream, kefir, sour milk in the kitchen (I would think some still do) . I am surprised your SO would react to kimchi like that. The naturally fermented foods used in our Polish family’s kitchen in the 70s, in Poland, with sour milk kept at room temp, was hard for us to get used to! I use up my pasteurized sour cream before the sell by date!

I think it’s the smell of certain ingredients as they ferment (like garlic, which doesn’t play a huge role in Eastern European cooking) that was the problem.

@small_h, I don’t mean to be contrary, but garlic is a common ingredient in many Polish, Ukrainian and Romanian kitchens.

Stuffing a garlic clove up one’s nose is even a home remedy for colds in Poland. Lots of garlic in Polish pickles.

Maybe the garlic doesn’t get fermented.

I like sauerkraut, garlic and many types of pickles, but I hate kimchi. Might just be an aversion.

I think our experiences are just very different. I just checked with my cohabitant, and he said that sausage was the only food his family ate that contained garlic. I’m of Eastern European descent myself (Ashkenazi, mostly Russian but some Polish as well), and there was certainly garlic in the pickles, but the rest of our traditional dishes were, to the best of my knowledge, pretty much garlic-free. And yet I love kimchi.

That is quite possible.

Thanks for being a good sport about a differing opinion.

I’m sure it varies a lot.

Of course! It might also depend on where people settled when they arrived in the States (Buffalo and NYC in our case). And of course, personal taste. If you hate kapusta, you’re not going to make it if you don’t have to.

Humans by design are predisposed to be lactose intolerant. The only reasons Westerners (mostly) lost this intolerance was due to centuries of eating cheese and having their bodies evolve to adapt to consuming it. Darwin!

In this case, if the lactose intolerant person starts eating more and more cheese as an adult, will the body be able to tolerate more lactose? Or this thing is integrated into genes and need generations to lose this intolerance? 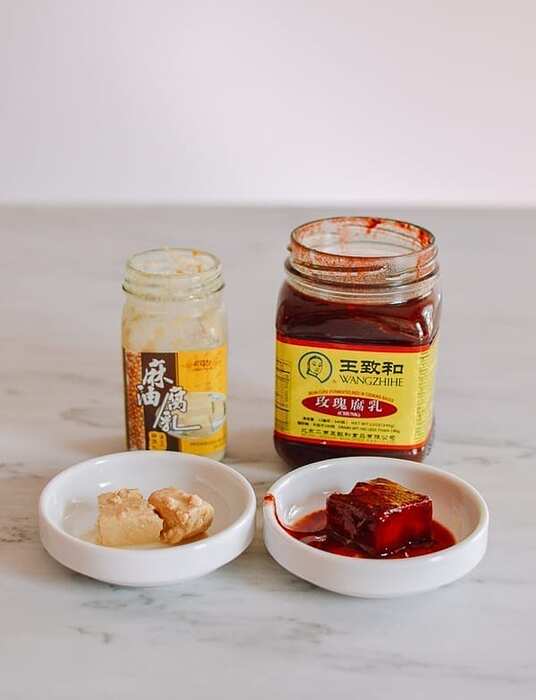 if the lactose intolerant person starts eating more and more cheese as an adult, will the body be able to tolerate more lactose?

We need a GI doctor as a consultant. grin

What does paneer leap to mind? Is there any fundamental difference in lactose content between buffalo or yak milk and cow’s milk?