Armando al Pantheon is just steps away from the nearly 2000 year old Pantheon. This restaurant however is only about 58 years old, opened in 1961. I went here for lunch on a recent trip to Rome. It’s a pretty small restaurant so reservations are probably a good idea. All of the dinner slots were booked up for the week already and I could only get a lunch reservation - you can book online. Armando al Pantheon is a trattoria that serves mostly classic Roman dishes.

The menu is in both Italian and English. To start, I had the tagliolini cacio e pepe (€13). This was the best cacio e pepe that I have ever had (I haven’t had that many cacio e pepes though outside of the occasional one I make at home). The taglioni is a fresh pasta made in house. A little less al dente than dried pasta. It was kind of like a squarish spaghetti. Great texture. Nice sauce that was cheesy and peppery but not too heavy, was actually kind of light. An excellent pasta dish. Cacio e pepe is such a simple dish (3 ingredients more or less - pasta, pepper, pecorino) that execution is very important, and this was just great. 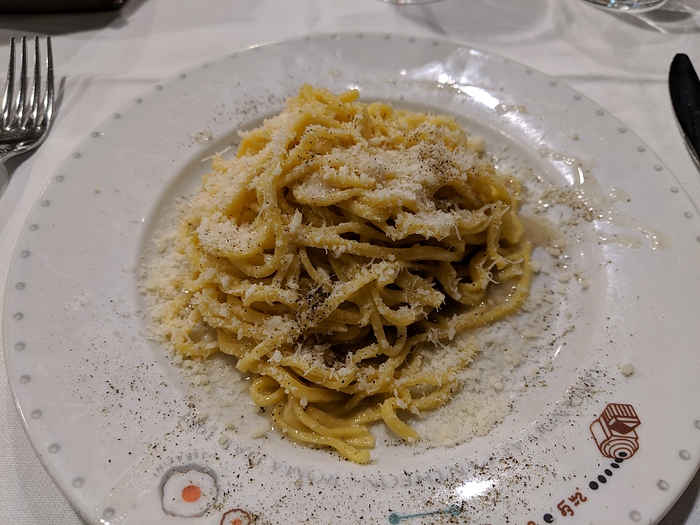 Next I had the tripa alla Romana (€16). Tripe in a tomato sauce with pecorino romano and a little mint. The mint wasn’t very heavy in this dish. The tripe were good, tender but also with a nice chew. Covered in a light tomato sauce and accented with the funky pecorino cheese. 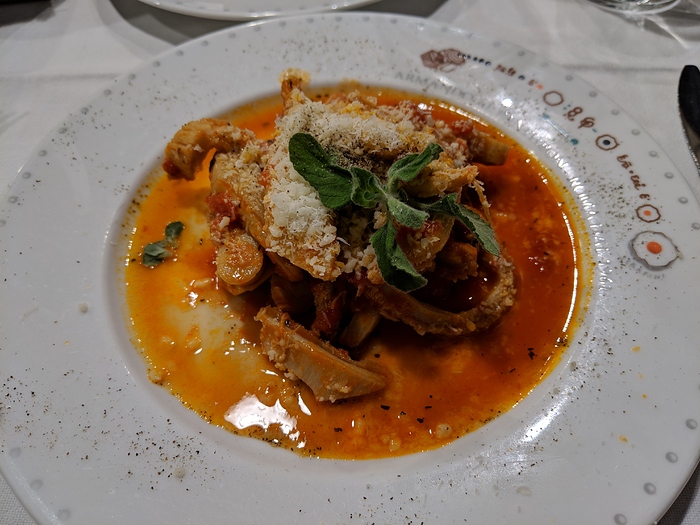 I also had a carciofo alla Romana on the side (€6) which was basically a steamed(?) artichoke drizzled in olive oil. Good artichoke. 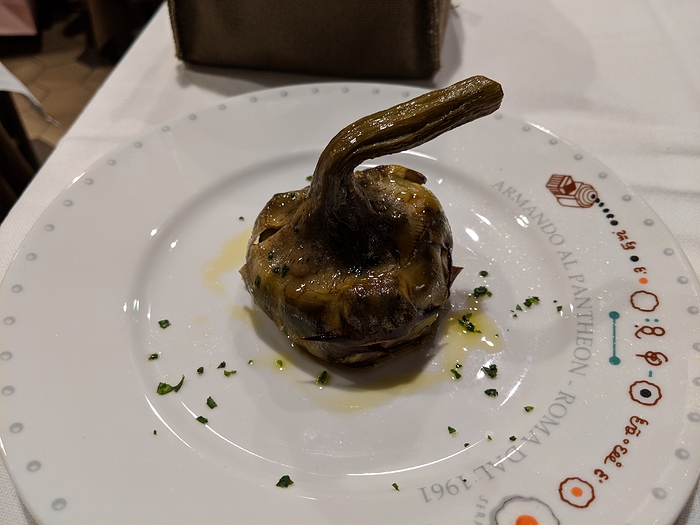 I didn’t have room for dessert. I asked for a wine by the glass and they poured me a glass of a dry minerally red that was quite good with both the pasta and the tripe. 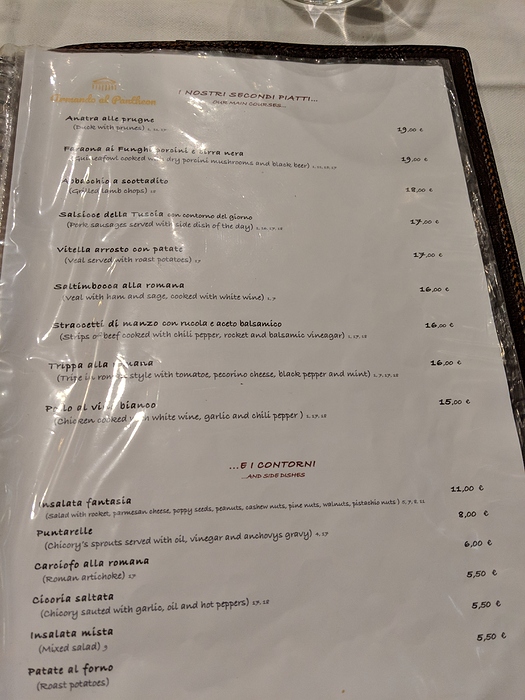 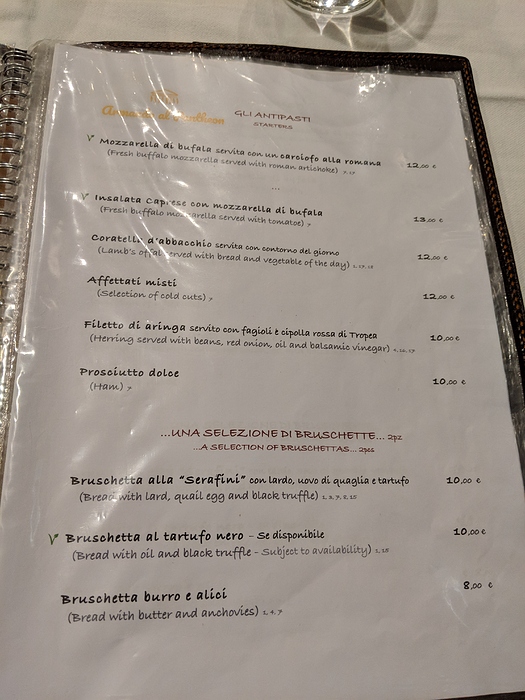 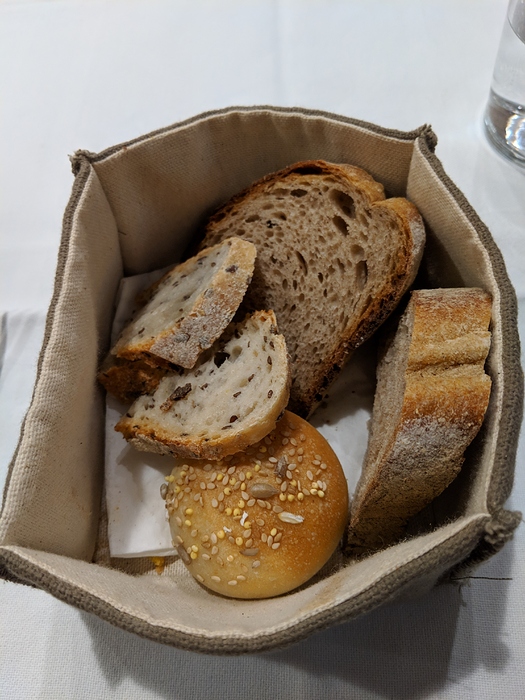 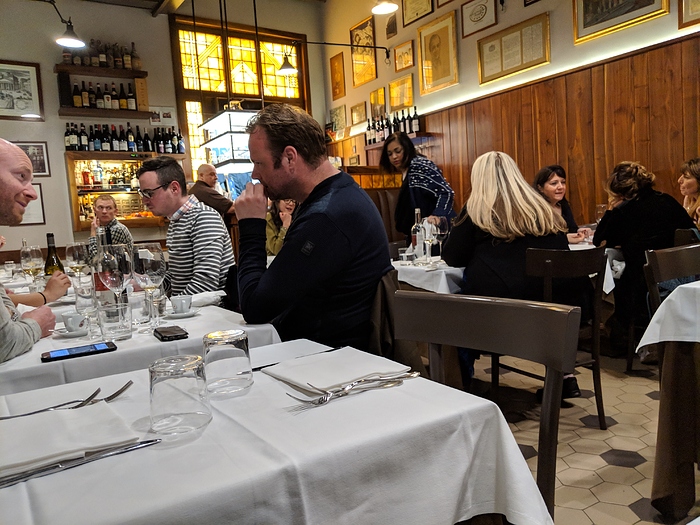 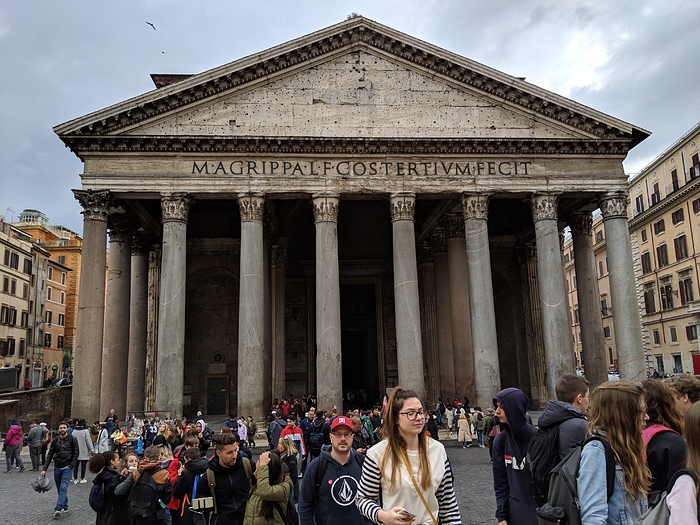 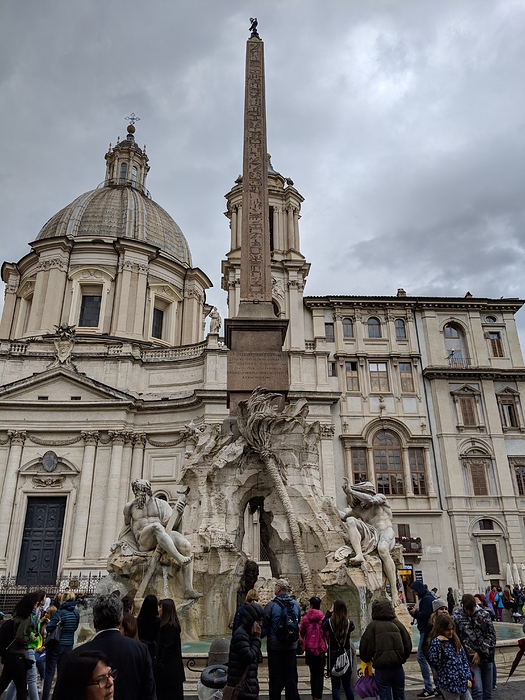 We had dinner there in 2011 and liked it. It’s location means that it could so easily be a complete tourist trap. But it isn’t. Unlike some other places that research had turned up, there was agood mix of customers. Yes, certainly international ones but, also, Italians - several welcomed as obvious regulars.

Menu was well constructed with a mix between light dishes and more substantial ones. All the food was good - except the tiramisu which needed more booze in it.

We have eaten at Armandos quite a few times over the years.
Last week, March '22, we ate there twice.
on our first day:
Lunch at Armando’s was wonderful except I got confused and we were a half hour late. Totally embarrassed, we sat down and the glasses of prosecco helped me get more comfortable. The meal was delicious, of course. We started with a simple hot artichoke; their olive oil is always the best there and it complemented the perfectly cooked, medium size artichoke. Then, we both had our favorites: for me spaghetti Alla Gricia and for Ken All’Amatriciana. We next shared the veal saltimbocca with the pretty sage leaf toothpicked onto the prosciutto and thin sauteed veal. So tasty! I drank a glass of very interesting Rosato wine with it
Second visit:
Our dinner at Armando’s was the first less than excellent one we’ve ever had there. I loved my dishes–guinea fowl/faraona with a rich, dark brown, mushroom and olive sauce, and the Sicilian red wine really enhanced the flavors. But Ken’s grilled lamb was way too fatty for him to enjoy it, and the staff on duty that night was off. Claudio was not in the kitchen. I think the lesson here is not to go on a Tuesday night.

When we are in Rome for short periods of time, we stay at Albergo del Senato. Its on the same plaza as the Pantheon &, therefore, a 2 minute walk to Armando al Pantheon. So, we’ve eaten there several times. And really like it. I don’t think that there’s ever been a dish that I haven’t liked. Even the time the waiter upsold us on a plate of mushrooms that cost more than our main dishes (well, we shoulda asked but…), they were great mushrooms and we got comp’ed after dinner drinks that more than made up for it. My conclusion? Thursday nights are fine.

Hi Jan, I was in there the last Wednesday of March '22 and happy to report that all was delicious as I had remembered. My cousin and I had just arrived from Piemonte (working on that trip report) on a rainy night (first rain we had seen in our trip), and were warmed up quickly with some pastas (I had the sublime cacio e pepe) and then we shared the saltimboca, potatoes, and each had one of those delicious artichokes you described!