I had first written “that don’t suck” but I thought that was too confrontational.

I like a good west coast IPA but my GF doesn’t, we agree on Belgian style. Yes, there are a ton of belgians, but if you start at Hoegarten and end at St Bernardus, everything in that range would be happy.

Laughing Monk [SF] - has greatly curtailed their making of Belgians. They’ve always been doing new things, which is great, but the only one reliably on the menu is Third Circle which is great but there are too many IPAs now. Luckily I have a bunch of Third Circle stockpiled - I don’t see it on their online menu.

Blue Oak [San Carlos] - Same story! I talked to the owner a few times in the before days, he’s a microbiologist who always wanted to make beer, and was doing some very tasty work in the belgian style, and they’re got exactly one, Brother Christian.

Russian River - just too danged far, but I see almost entirely ales on their list. Sanctification is probably one of their belgian-ish ales, using their old naming system - and that’s just one? Really?

Yes, I know about the Refuge. Yes, I’ve noticed the new Hillsdale location has more taps and selection. We go to Refuge easily once a week; I’m looking for greater variety (and fresher brews). I know of other bars with more belgians than others (eg, Eureka! mini-chain, The Trappist in Oakland, used to be the Lucky 13 had a lot), but I’m looking for brewers.

Any hot tips? Any snark on why this most excellent category of beers is vanishing?

My daughter owns two craft beer bars; one in the East Bay. I can ask her if you can narrow down the territory a bit. SF and the Penninsula preferred?

How about a 30-ish minute drive from menlo park, which gives the south and east sides of SF, all but the upper corner of oakland, maybe e-ville if we stretch, and san jose downtown and a bit south?

Faction is within range (barely), but they don’t have anything other than their wheat (which looks Hoegarten style) on tap. Faction is generally good but the place with the monster hops logos, I would hope Defcon isn’t overly hoppy? Basically all IPAs except that one (on tap).

Gilman St makes a good beer, and I now see they have a daly city location, which google says is 34 minutes from my house so we can call that in-bounds — and is new to us thus perhaps worth a trip. They have two farmhouses on tap, which crosses the line from one. No actual belgians, so sad. Good rec!

Fieldwork san mateo — shows three Belgians in crowlers! They might be a candidate.

I see ghosttown running some kind of “hoppy belgian” (scardy cat) looks like bottles only. Freewheel (RWC) had really changed up their beers last time I was by, my GF approved of the changes, they don’t have an online list, maybe I should go check it out.

And to check my bonifides, here’s a sheet of beer walk II

yes, I know the comments got very sparse toward the end. 90 beers in one day is a lot.

and beer walk I

This was more temperate with in the range of 50. There were fewer breweries in the City And County, back then.

I sent her your reply. Hopefully I’ll get more soon.

Gilman Brewery makes a saison and a fruited saison, several belgian style fruit sours, a witbier and a fruited wit, and an abbey-style quad (in bottles only at this time).

Freewheel put my favorite beer, the English IPA, on cask and with a good price for a 20 oz pour. No Belgians to report though. Hic.

wow, that looks great. A bit out of normal range at 50 minutes drive, but maybe an exception can be made. Thanks for the tip.

Russian River - just too danged far, but I see almost entirely ales on their list. Sanctification is probably one of their belgian-ish ales, using their old naming system - and that’s just one? Really?

I don’t understand the implication here that RR only makes one Belgian-style ale. The website has the current draft list for the Santa Rosa brewpub, and almost the entire right side of the menu is at least Belgian-ish:

Sanctification is a brettanomyces-fermented wild/sour ale
Robert is a saison
Perdition is at least Belgian-adjacent as a biere de garde
Damnation is arguably RR’s flagship beer if you don’t count Pliny etc; it’s a Belgian strong golden ale a la Duvel
Intinction isn’t technically a Belgian style but the whole wine-barrel-aged with brettanomyces thing is pretty Belgian-esque
Temptation is in the same vein (blonde ale + barrel aging + brettanomyces)
Consecration is basically a fruit-infused Belgian strong dark ale with the addition of brettanomyces plus other souring yeasts

I mean, you might not like ales soured with Brettanomyces, but you can’t say this isn’t a traditional Belgian way of making beer!

Hop Oast (Cesar Chavez and Bryant) generally has a few Belgian styles on tap. It’s from the former brewer at Beach Chalet. Not exactly a big draw for most beer people, but I’ve found it surprisingly decent and a nice place to take a break from the big hoppy IPA places that abound.

I’m not much of a fan myself but I’d expect Magnolia in Dogpatch to have a couple as well, although I haven’t been by recently.

As already mentioned, Sante Adairius makes really excellent beer in many styles but leans more towards saisons and sours. It’s worth the trip if you have a driver - really it’s probably worth a trip just to stock up on whatever bottles they have in stock. The Capitola brewery location is basically an office park that’s not convenient to anywhere - as I understand it the Santa Cruz taproom is in a strip mall, not very close to downtown.

Thanks for the tip on Hop Oast. I have a friend who is literally two blocks away that I visit every few weeks, so stopping by and seeing what they really have and giving a taste is easy. I’ve never been impressed by Beach Chalet, but maybe that speaks well of a former brewer :-).

Re Magnolia, I’ve also seen a few things there, now that you mention it, but the general modest quality of the beers has never made it worth a 30 minute (each way) drive. They also started having ‘guest taps’ but then it becomes hit or miss — maybe an OK stop, again, am sometimes in that area and they would be an easy stop sometime. I was on crew for Hardly Strictly bluegrass and drove by twice, almost stopped in to see what was up…

Come to think, I have tickets to a sunday matinee theater in berkeley (ashby stage) this sunday, our usual stop is Longhorn because of the long tap list. Could hit Gilman St… anything else I should consider, on this Belgian theme?

Yes, I revise my statement on RR. I would categories all those as belgian, thanks for pointing that out. The tap list wasn’t as specific as you are, but Damnation is a very excellent beer in this style and much beloved around our house. I did throw out all the sours categorically, but I never said “non-sour belgians” or “maybe a sour if we like it”, so fair enough. I didn’t know what a “biere du somoma” was, so I think I get a point for that.

Regrettably the point remains that they are out of a reasonable distance.

It’s a bar with a very good tap list rather than a brewery, but Taplands in Santa Clara near SCU always has interesting beers, and usually at least one or one Belgian-style is on their tap list. For example, right now they’ve got a Saint Adarius available.

Thanks for the tip on Taplands. That’s a very fun and funky list. The Saint Adarius is listed as a 65 IBU IPA, but there are some other fun things. In the general interest of trying something new, it’s on the list!

How about The Rare Barrel in Berkeley?

Nice recommendation! I didn’t know about that.

Palo Alto Online (and the 650) notified me about these cats, apparently making a triple but without currently a physical location: 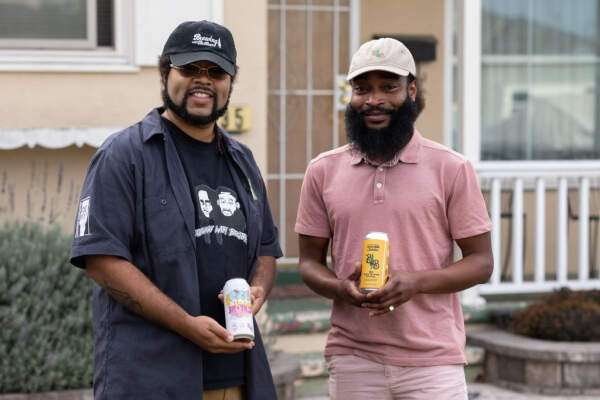 ==I By Sara Hayden == During his birthday camping trip, Denzel Jackson ...

This is their most well known beer which is a Saison and has NO IBU - https://untappd.com/b/sante-adairius-rustic-ales-saison-bernice/205781

Thanks! @emglow101 recommended them too. They’re a bit out of my normal range but will be high on the list next time I go south along the coast!

You might not consider this to be a Belgian but Cellarmaker on Mission/Valencia currently has a 12.8% Double Coconut Blammo imperial stout on tap which is excellent.

Whoa. That would knock me on my buttocks.