I have no news, but we appreciate your semi-clever thread leads!

Bab Korean Bistro in Brookline is open and Hamilton (also in Brookline) looks like it’ll open in the next few days.

OH MY GOD. this is tragic, Hidden Boston reporting that the spot Bianchi’s is on is planned for residential development. I am devastated.

probably most everyone read in Eater Boston about Baity, the Egyptian place that just opened in Medford this month. I went on Saturday, and figured I’d stick my capsule review here since it’s an April open.

The place is nice inside, looks like a converted pizza joint. You order and they serve your food over the counter to you, and you carry it to your table (there are 7-8 of these). I was having a Bob’s of Medford calzone for dinner, so I didn’t feel like ordering the signature fateer. Got the kofta dawood basha instead, and it was fair. Rice was good and the tomato sauce was pretty tasty, but the meatballs were unfortunately kind of dry and hard. My gf’s chicken schwarma was fine and the hummus that came with it was good, though. The baklava we got for dessert was sort of soggy.

They definitely have some opening kinks–my s.o. got rice instead of the fries she ordered and it took me awhile to get them to give me a fork as the self service silverware thing was empty. (I saw the woman who took our order washing dishes when they were obviously in the weeds). But the people running it seem super nice, and there was a fair stream of people coming in who seemed to be Americans of Egyptian descent. My first visit wasn’t spectacular, but I’d be interested in going back and trying some of the other dishes to see if the other dishes are better and if a little experience makes it all run better.

Well nothing to report … but maybe next month ???

Brothers market in Waltham looks darn close. There is still a lot of construction stuff inside but 1/2 the shelves are already stocked and covered with plastic. So they have to be getting close.

And Hakata ramen in Waltham is supposed to be opening in May - though I can’t see in the windows so I don’t know how far off that is.

A neighbor who works at Il Casale in Belmont says they are opening a new place across the street soon called Wellington (?). New American, sounded kind of meat-centric but he is vegan so maybe his perception is skewed. A quick google search turned up no intel.

Moody’s is teasing their taco bar, hoping to open next month but no promises.

According to Marc Hurwitz at Boston Restaurant Talk, Rapscallion Kitchen and Bar is opening tomorrow, April 24, in the old Michael’s space on Rte. 117 in Concord. They currently have another restaurant on Rte. 2A in Acton.

A neighbor who works at Il Casale in Belmont says they are opening a new place across the street soon called Wellington (?). New American, sounded kind of meat-centric but he is vegan so maybe his perception is skewed. 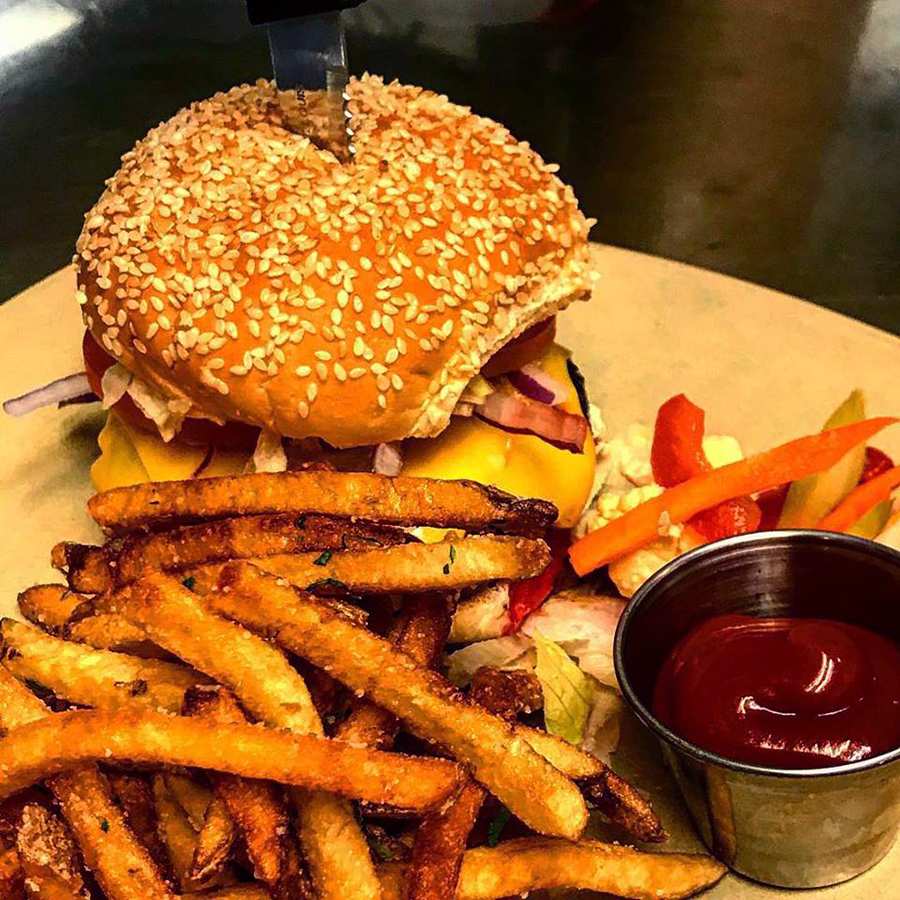 The de Magistris brothers will open the Wellington later this year.

Thanks for that! If the burgers are good, that place should be a hit.

I doubt very much it will be limited to mostly burgers. I for one am looking forward to a good burger near me in Waltham. We don’t have many options. I did have a very good burger at Redbird last week, but there really aren’t a lot of other places that offer one.

I haven’t tried the fairly well-reviewed City Streets burgers, many of which are stuffed, because I really don’t enjoy frozen steak fries. I’d give them a try if they changed to hand-cut smaller fries.

It is a sad day when 5 Guys is the best burger around you (here in Waltham). We’ve been to so many places for a lunch burger on the weekend and havent been happy with any of them . . . . . Maybe Moody’s taco place will help fill the void, but not the burger cravings.

I know they won’t have only burgers but for me in general burgers (even good ones) are the most overrated/boring dish and so every restaurant which puts a lot of emphasis on them is of little interest. (in addition, the article cited that they want to have a more casual place then Il Casale which is quite amusing as Il Casale is already very casual)

My friend swears by the burger at The Gaff in Waltham, though I’ve never been.

Thanks for the heads-up about Baity! Went there for an early dinner yesterday with friends. Between the rain and the timing there were few other customers and our orders came out correctly with only moderate waiting. The former pizza-place interior could use some acoustic help; with music playing and multiple conversations going we could barely hear them tell us when things were ready.

One note is that their “from the oven” items take the longest to prepare. Those include the fateer, probably my favorite dish of the night. Both the basturma and spinach versions were very tasty and I look forward to trying the soujouk.

The friend who adores koshary was really pleased with Baity’s rendition. As expected, it’s a low-spice dish and benefitted from both the garlic vinegar they provide and their (not very) hot sauce.

Other items ordered included a very nice kofta plate with some excellent babaganoush subbed in for the rice/fries. The marinated and roasted half-chicken had good seasoning , pleasantly-moist breast meat, and tasty garlic sauce. Sides of caramelized-onion hummus and grape leaves were good too.

I expect both that they’ll continue to improve on the service front and that I’ll be back to try the kebda eskandarani. The fateer will likely end up on our take-home rotation.

Teasers for Moody’s taco bar continue. This is from a Moody’s email this morning, April 30:

“El Rincon de Moody’s will be opening soon!
Follow us on social media to stay up-to-date.“

I read today that South Indian franchise Godavari opened up a “mini” location in Union Square where India Palace used to be. Their website said they were open at five, so I walked by after work and got there at 5:05. They looked like they should be open as there were tables and signage and such, but pushing at the locked door drew only blank stares from the people inside. So I’m not sure what’s up with that.

Interesting (if they actually open), but I worry about restaurants that claim to be South Indian (or North-, East-, West- ) but offer a pan-Indian menu.

The breakthrough that Chinese restaurants have achieved in the US, where you can get reliably Sichuan, Hunan, Cantonese, Taiwanese, … food, seems to have so far eluded Indian places