In anticipation of apple picking at the local farms, I’m looking for a delicious apple crisp you have made; your tried and true.

What variety of apple? Nuts or no nuts? How sweet do you go? What flavorings?

Lots of recipes include chopped walnuts or pecans in the crumb topping but I would likely enjoy a less textured topping.

I found a bag of fresh cranberries in the freezer so I’m going to bake a apple-cran crumble tomorrow.

I like this Cooks Ilustrated version, but of course there’s a pay wall.

WHY THIS RECIPE WORKS

“We tried everything from Grape-Nuts to cookie crumbs as a topping for our fruit crisp recipe, and found the ideal topping mixture to be chopped nuts and flour. Cutting the butter into the flour is crucial in creating a crisp topping, and we found that a food processor was ideally suited …”

I’m fine with nuts or no nuts in the topping, but please, for the love, do not put oatmeal in it. I absolutely detest the sandy texture. This goes for cookies as well. Oatmeal should be banned from all desserts, period.

For apple crisp (as for apple pie), the variety of apple is the most important thing, imo. I like a mixture of Macintosh, which break down into delicious apple goo, plus at least one but preferably 2-3 varieties of firmer, tarter apples. Northern Spy, Grannie Smith, Pink Lady, etc. I go light on the sugar in the fruit because I usually serve with ice cream. Lots of cinnamon and a fairly sweet streusel (equal parts by weight flour, sugar and butter) for contrast.

do not put oatmeal in it. I absolutely detest the sandy texture. This goes for cookies as well. Oatmeal should be banned from all desserts, period.

In no way debating your dislike, but are you referring to all oatmeal or instant or old fashioned or steel cut? I am trying to wrap by head around oatmeal imparting a “sandy” texture. TIA

Based on some initial reading not enough cold butter cut into the topping and/or too much white sugar will cause a dry, sandy texture.
The ratio is key.

While I enjoy all forms of oatmeal and nuts, I don’t think I would like the texture of nuts on soft apples or am stuck on oatmeal being the only way to go.

My sister uses a softened granola that has the right texture because she adds the topping after the fruit has cooked down and cooled slightly. She finds the hot oven ruins the crumb.

It’s too warm for baking today but I still plain to make an apple-cran version soon.

And to add to the controversy . . . . I love oatmeal toppings!

I like the addition of citrus juices immediately. I would use a lot less sugar as preference. Tyou for the recipe guideline.

Just to add to the apple crisp knowledge base . . . . I found this very helpful when thinking about making apple recipes (pies and crisps).

Bottom line: if you remember nothing else, stash this in your memory bank – a pound of whole apples will yield about 3 cups prepared apples. 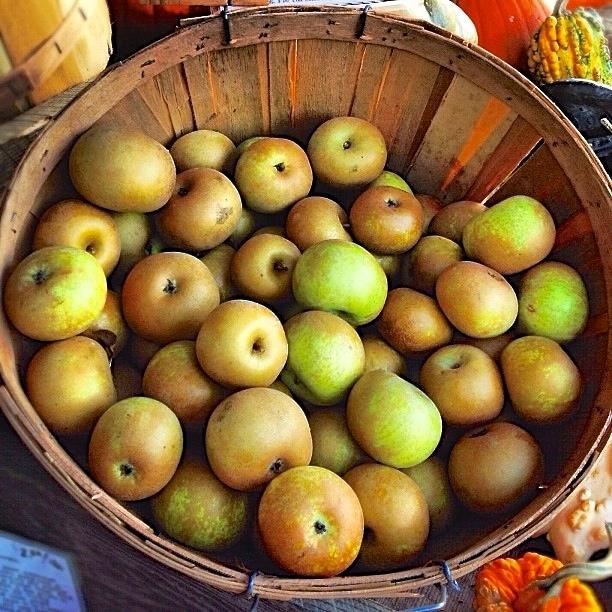 In no way debating your dislike, but are you referring to all oatmeal or instant or old fashioned or steel cut? I am trying to wrap by head around oatmeal imparting a “sandy” texture. TIA

All forms of oats. Just yuck. Maybe sandy wasn’t the right word. Coarse, gritty, unpleasant. I just can’t stand it. I know this is an unpopular opinion - my DH, who loves oat crumbles and oatmeal cookies, tells me all the time I am crazy - but I stand by it.

Oatmeal should be banned from all desserts, period.

Lol - this made me laugh. I am of the opinion that apples should be banned from desserts, but that’s just me! Bring on the oatmeal cookies - keep the apple pie/crisp/cake. 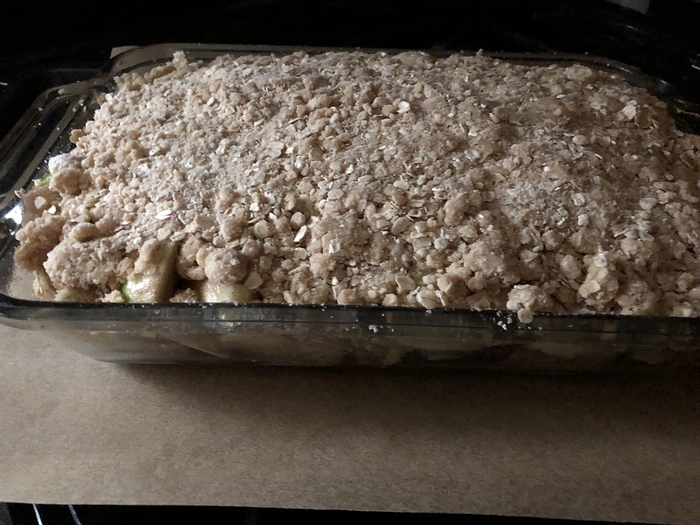 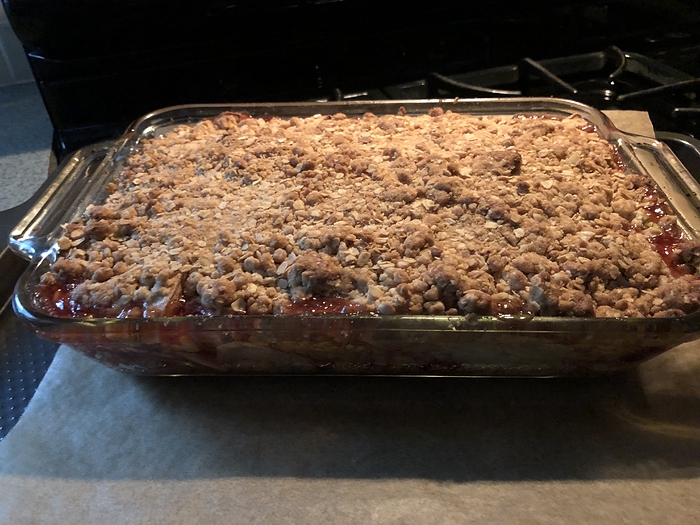 Thanks for the tips!