w/ outdoor seating in light of the latest omicron surge…

Also, nothing fancy. I’ll be visiting Fri+Sat nights. Catching a late night drive-in movie at the west wind on Sat.

I’d be into good regional SE Asian or West Asian (Middle Eastern) home style cooking… or just about anything that’s unique / less familiar to SF and the East Bay.

South! Maybe not unique, but we usually go there when we are in Sacto. . 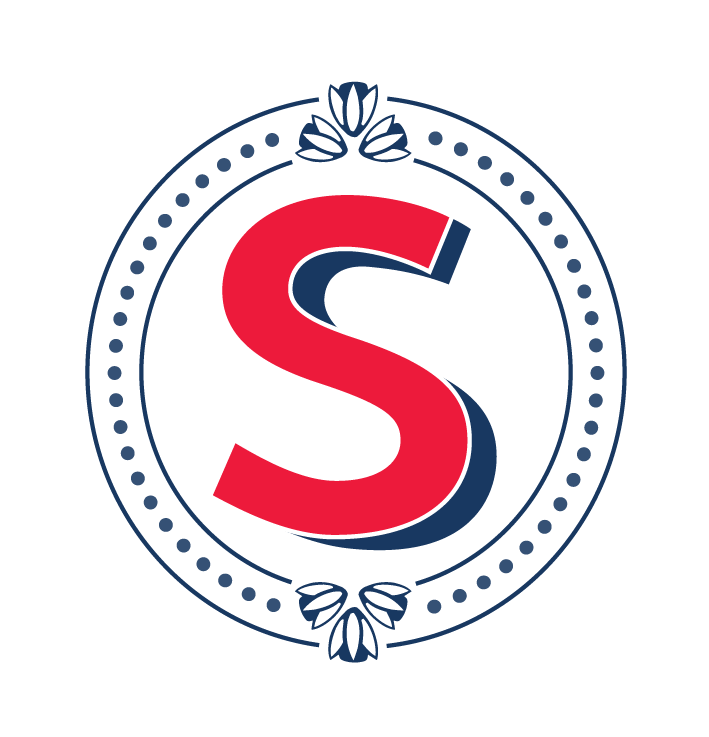 There’s another place we go; “Magpies”. Looks like it’s to go only now. 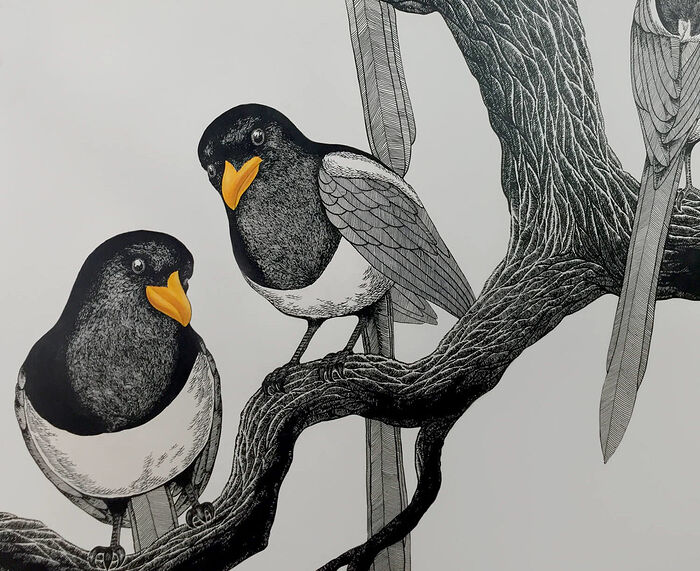 Also Firehouse and The Kitchen but “fancy”, problem no outdoor seating, and I have only been to those once, and not in years.

There’s these Michelin bib restos, but I haven’t been 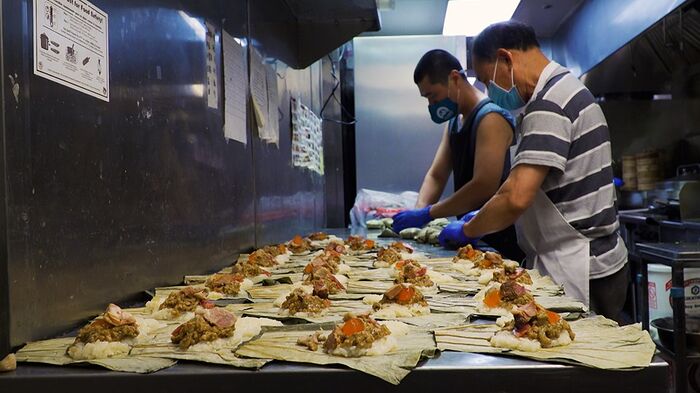 The two restaurants in the Sacramento region are Yue Huang in Natomas and Nixtaco in Roseville.

Yes on Magpies - had a delightful casual meal there, and what’s not to love about the Firehouse? Along with DD1 we had a great prix fixe dinner with paired wines. It was a special thing there one month, they did a different dinner every night. Good memories - thanks!

Thanks for the recommendations, but I’m really just looking for casual options for the weekend – any really good taquerias in South Sacramento or regional Asian (particularly SE Asian if the demographic resembles anything like nearby San Jose) or “Middle Eastern” (hate that term, but you get the gist), etc.

Also, suggestions for takeout on Sat. night would be really helpful… I’m going to the West Wind Drive-In and I want to try and get there an hour early to have pick of the lot. So ideally, we’d pick up food nearby (driving in from downtown Sac) and something that’s not too difficult to eat in the car while we’re waiting for showtime. It’s further complicated a bit by my partner’s gluten allergy… Any ideas?

Depending on what direction you are coming from, you might consider Wally’s Cafe.

Wally's Cafe is a Lebanese Food restaurant with 3 locations in Northern California. Voted as a 'Top 100 Restaurant in America' by Yelp 3 times since opening in 2007. We offer: Kabobs, Shawarma, Falafel, Kafta, Hummus, Baba Ghanouj, Tabouleh, Fatoush,...

That looks great, but we’re driving in from downtown Sac and it’s approx. 25-35 min northeast of the west wind drive-in, so it’d be quite a detour… I wish there was something similar, only situated a little bit closer or more central. Anything between downtown and Lincoln Village/Brookside.

Not directly from downtown Sac, but a bit north, try Mediterranean Bakery and Cuisine

Thanks! I noticed that place, but unfortunately it closes too early. We’re catching a late movie at 10:30, so we’ll be pulling into the drive-in by 9:30. Ideally we’d pick the food up btwn 9:00-9:15 on the way to the drive-in, guaranteeing that it’s still hot when we pull into the lot and lay out our spread. That place closes at 7pm, which wouldn’t work with our car picnic plans.

At this point, I’m thinking we should just stick with a drive-in classic and takeout pizza. We’re catching the new PTA flick so that kind of goes with the theme/title.

I did a quick logistical search for places en-route with G.F. crust options for my partner, and came up with the two that consistently seem to rate highest: MidiCi + Buffalo Pizza & Ice Cream.
(Edit: One Speed is another contender)

Both are open late, but MidiCi has slightly better hours (9pm vs 11pm closing).

Have you tried either place? Do you have any preference/opinion?

I’m not into Neapolitan style for takeout pizza, but it seems like MidiCi also does a NY style crust, which is what I’d go for.

EDIT: I see there’s another place called OneSpeed that could work too.

Also, any favorite Mexican food or taquerias from the following lineup, or any to steer clear of?

(just to be clear, this is unrelated to the Saturday night drive-in question)

Sorry if these suggestions are off, I’m not quite sure what you’re requesting in South Sac vs. near the West Wind since those are a little far apart and it seems like you’re planning multiple outings. Plus, I haven’t regularly been in Sacramento for many years so these are just a couple places we’ve checked out when passing through

South Sac:
Quán Nem Ninh Hòa: We’ve been to this and the Elk Grove location in the past couple years. I’m not an expert in Vietnamese food but we think it’s as good as many of the places we visit in the South Bay and Los Angeles.
Asian Pearl: Not sure how you feel about dim sum in the current environment (plus I haven’t been since the pandemic so I don’t know what the business model is) but this was a very solid cart dim sum experience when we went a couple years ago. Fast, pretty fresh dim sum, good roast pork and they had snow buns which seems to be more common these days but can still be hard to find. I think you can do takeout if you need but don’t quote me on that.

East Sac:
Corti Brothers: This is likely not open late enough for your showing but their sandwiches are Sacramento staples for a reason. Good quality and CHEAP compared to bay area and LA prices. The sandwiches are the go-to (although they have other deli items) so pretty transportable and hold up decently for a couple hours if you want to buy ahead, plus there’s the market if you feel like noodling around for imported ingredients
Rossi Catering and Deli: This place is even more of a long shot and you absolutely should call before checking it out because it doesn’t even list hours on yelp. That said, when I’ve been this is really a catering operation that sometimes has grab and go items in the fridge but it’s pretty dang good.

That’s one thing I know about Sactown…very good Mexican food and lots downtown.

We ended up swinging by Maya tonight for tacos. It was good; nothing special compared to my preferred trucks in the east bay. Perhaps we should’ve gone to Novillero or one of the other spots. The outdoor seating area was closed off and nobody was masked inside, including the person taking orders behind the cash.

Corti Brothers. Nice recommendation. I drive 4 1/2 hours just because it’s that good . Plus one of the best sommeliers around with a astounding wine selection to go with everything else they sell.

Thanks, it’s on my Sacramento list, but as I mentioned, my partners allergic to gluten so it’s prob not something we’ll get to on this trip…

The Vietnamese place mentioned above looks interesting. We might grab lunch there today or tomorrow.

I think we’re set on takeout pizza tonight; just trying to narrow down the options and decide between One Speed and MidiCi.

my partners allergic to gluten

Well I believe this is too late for your trip, but the most authentic Laotian place I’ve been to was in the back of a grocery store in Sacramento. South Area Market (could that be any more generic?) 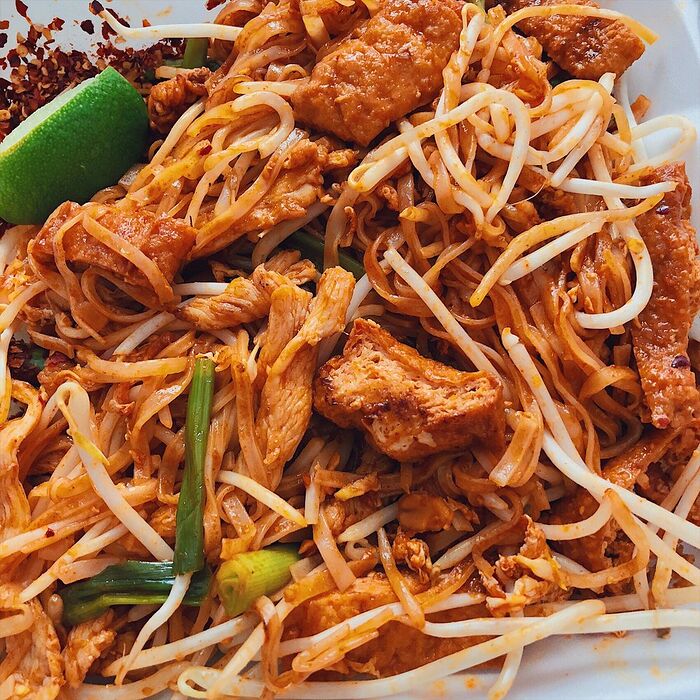 I think it’s still considered Sacramento, but it’s a bit south of downtown.
It was several years ago when I went. Great sausages, and some soups I haven’t seen before in the bay area. I can’t handle spicy food so I could barely eat anything, but I could tell amidst the burning pain that it was super tasty.

Cool, I’ll check this out next time!

We didn’t really have any great food on this trip to be honest, but everything was fine.

The Vietnamese place was good enough; not quite up there with our preferred spots in SJ, but everything was alright. Everyone seemed to be ordering a dish that was served with large, thin rice looking crackers with wafer like texture that came to the table in a container submerged in water. We probably should’ve tried that dish or ordered pho. They had a good funky homemade fish sauce.

The takeout pizza from One Speed was excellent and the car picnic was a lot of fun. It was expensive but very good and it worked perfectly for the occasion. Yesterday, we just lounged around the room and ordered pad thai from a place near our hotel because we were feeling lazy. I think it was called Thai Canteen. It was very good.

Like this? Yeah, those are for the spring rolls which are a go-to there. I don’t think they actually make pho there but I believe their Hu Tieu is a favorite.