This place looks great. I remember Sacramento has (or had) one of the largest Hmong populations in the US. I wonder if this is part of that…? Either way, I might try and stop by here soon.

Just to pile on here, but if you find yourself in or around Rocklin (suburb north of Sacramento), do yourself a favor and check out Mezcalito for some great Oaxacan food.

The lamb Barbacoa is my go-to here. 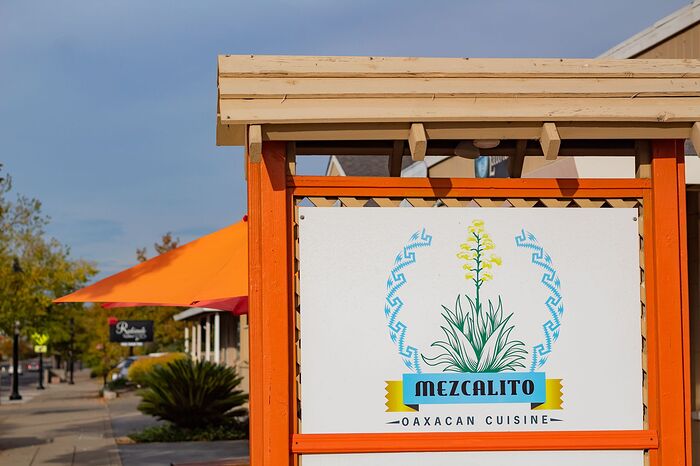 Mezcalito brings authentic flavors from Oaxaca, which is best known for the land of 7 moles. We strive to always provide consistent service and quality of ingredients in an inviting atmosphere. We want everyone who works with & visits us to feel...

Just to pile on here

More piling please. All joking aside, we visit Sacramento a couple times a year and as I mentioned earlier we’re very out of date on what’s available now so I hope I’m not hijacking the thread but I’d love more suggestions

We were in Sacramento only briefly, but really enjoyed Petra’s – great souvlaki – and the brisket at Tank House BBQ. I also really enjoyed the Pliny the Elder IPA

I am bookmarking this!

That’s it! I wished we’d ordered that instead of the banh bot loc. All the spring rolls looked great tbh.

I was bummed Petra didn’t open earlier. We’ve got some really good shawarma & shish taouk spots in the Bay Area now, but not one souvlaki/gyro place that does it for me.

Yeah, I should’ve recommend that specifically since it’s definitely a standout, sorry! If you haven’t rolled your own you might want to practice at home first. It’s really, really easy but it helps to go in knowing what to do.

I’m also going to be in Sac this weekend but probably not able to hit up Petra’s. So close and yet…

24 Exceptional Restaurants in Sacramento
From iconic favorites to fresh newcomers, these are the restaurants that define Sacramento

Wow! I might have to print that and keep it on my nightstand! So good to see Sacto getting some love on HO!

Daughter lived in Sac for some years, during her time at UC Davis, and beyond. When visiting, we enjoyed Magpie, and Golden Bear. There were other great places, but the names elude me…if you have time, and like wine, a visit to Amador County might be considered.
Forgot to mention Firehouse - excellent! In Old Town Sacramento.

That list truly underscores what a sad state of affairs the dining scene is in Sacramento.

We can’t all live in Narnia.

That list truly underscores what a sad state of affairs the dining scene is in Sacramento.

Honestly, I think what that list underscores is the generally poor food awareness for Sacramento. I haven’t lived in the area for quite some time but even when I did the problem wasn’t lack of good food but lack of coverage of good food. Anyone living in the bay area or Los Angeles is lucky to have multiple food outlets, avid bloggers, award winning food journalism and active forums like this one while Sacramento doesn’t even have a dedicated Eater branch. I remember when I lived there Sacramento Magazine seemed like it was practically a shill for whomever they favored, SN&R was good but didn’t have the profile, content or reach of other larger city alt-weeklies and that was about it.

If grocery stores are any indicator of food variety Sacramento punches way, way above its weight with my parents telling me about stuff I can’t even get in Los Angeles. When I did live in Sacramento I was walking distance from the largest Farmers Market in California and when I visited Pacific Coast Food in Citrus Heights over the holidays it turned out to be BETTER than the one in Los Angeles. I know a guy who can give an expert rundown on every brewery and winery from Yreka to San Diego, bartenders that could go toe to toe with their counterparts in LA and a pitmaster who personally tends his offset smoker all night rather than take any shortcuts and those are just my friends.

I’m not saying Sacramento has Michelin star restaurants hiding in plain sight but what it does have is people who are dedicated to the craft and make food and cocktails that are great and not just “great for Sacramento”. It also has a low cost of living, access to excellent produce and a hugely diverse population that barely seems represented in that Eater SF list.

I wish like hell Sacramento had the same kind of coverage other places have because I wouldn’t be at a loss for where to eat when I visit but I know for damn sure it has good food.

I wish like hell Sacramento had the same kind of coverage other places have because I wouldn’t be at a loss for where to eat when I visit but I know for damn sure it has good food.

Me too! I live about equidistant from SF, Napa, and Sacramento but only seem to think to eat in Sacramento when I’m there for some other reason.

But this is a chicken and egg thing, right?

I tend to think it’s the former.

I guess I think “worthy” is relative. I don’t really need a lot of media attention to get me where I need to go in Sacto, but I appreciate it here on HO.

While I’m on the subject, Napa and Sonoma have some destination spots, and media attention, but not a lot of “sharing” here on HO. Central Coast too. I think it says something about who participates here, but I’m not sure what.

I appreciate you @zippo1

But way cheaper, and a few less commuter nightmares. Except around Davis. And Northern Californians are just better people.