This is a question I always ask, maybe because I like the subject. lol
Does anyone have their own website? I don’t have my portfolio website but I do have a few others on a few other subjects. All done using WordPress.

Not sure if posting the url is in line with the site rules, so I’m not posting it.

I did have one until a couple of years back when a major crash destroyed it and it was impractical to rebuild.

In real life, since retirement, I’d become a military history researcher - a hobby that occasionally produced some income. The major project was started in conjunction with the local heritage library. The deal was that I would research the lives and deaths of the men commemorated on the borough’s war memorials, writing up their lives and deaths. The library would then establish a website as the town’s “virtual war memorial” for the nearly 3000 men who died during the Great War. Such a project would be a"first" for a UK local council.

However, they reneged on the committment when the research was very well underway. I thought it had all been for nothing as I did not have the skills to develop a website that was thousands of pages, not could I afford to have it built. Then a friend suggested a couple who were setting up a web design business and, to develop and showcase their skills, were happy to build a site at an almost nominal cost. So, it happened. Then , years later, their server suffered a major crash and the database on which they’d built the site was no longer operational. That was the end of over 10 years work.

So, to answer your question, no I don’t have a website.

That sounds so painful. I know how hard it is to undertake such a project and then lose it in a wink. I faced the same, I mean it was just a website of about 100 articles only, and it was gone when I logged in one day. I’ve been rebuilding it since then. I have noted it in my main page of that website !
I started building sites using html on frontpage, that was in 2005. Today it’s really easy to set up a basic website using WordPress.
If you still have the soft copies of those articles why not start the site yourself? If you can afford hosting then you can do it. Use some cloud server from Amazon or Google, and the data will be safe (relatively safer).

The project isnt actually terminal. I was aware of a similar, larger project covering the area and agreed with them to incorporate my work. So, they now have a full set of my original Word documents and are gradually loading the pages to their site. One of the problems I think they are facing is that the way I’d written many of the “obituaries” didnt fit well with their style, but that’s an issue for them to overcome.

That’s nice to hear that such valuable and interesting research didn’t go to waste. And it’s so selfless of you to give it away to someone else to publish under their name after all that hard work.
If you ever decide to start a blog I might be able to help you to set it up in WordPress, totally free

Yes, I use Squarespace.

One downside to having a site is that the second time I was laid off, the state rejected me for unemployment insurance – a normally routine biweekly payment for a few months – because whatever bureaucrat I spoke with at the time said that my having a website meant I was doing full-time work!

No, I was only getting a little part-time work. And I began my site for personal/vanity stuff, like a neighborhood survey of General Tso’s chicken prices, and a pork martini experiment (a Worst of the Web awardee), and showing Goldschlager’s response to my query about their liquor making people’s skin fall off. Haven’t updated it in years. 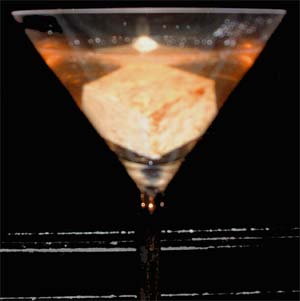 Checked the pricing and it looks a little bit high, at least for me, lol. But the Squarespace site itself is fast and beautiful.

Josh what did you create it with? Looks like you have made it from the scratch without using a CMS. That’s awesome. It’s becoming increasingly rare to find such works these days.
Those who thought that having a website means making money have actually never done it themselves, nor do they understand what internet is. lol.

I’m a chocolatier and the website is for business, so it’s worth it. I’ve had more web orders in the past 13 months of the pandemic than in my first six years of e-commerce combined - soooo many care packages!

I have had a website for decades, but it’s just a personal one for travelogues, book reviews, and our SF fanzine. I started on Geocities, am now using Godaddy, and code everything in HMTL directly. And the site looks really retro. So I may not be the best person to ask. (Google “Evelyn C. Leeper” to find it. )

That’s great! One thing positive about the pandemic is that it made a lot of things available online, and people converted in millions to online. Just a few days ago a friend was telling me that he is selling imported chocolates, toffees, and beauty products online here in Sri Lanka. (And Chocolat is one of my all-time favourite films. Starring Johnny Depp and Juliet Binochet

I have immense respect for those who create websites in html. I’ve done it and I know how hard it was compared to the tech today. I had a look at your website, and it’s so nostalgic! I am forced to create a website using html again.

Maybe I will do it. That homepage hasn’t changed since 2010 probably the day you created the site! It looks so nostalgically amazing!

Yes. A personal one, a business one, and three I support for other businesses and one quasi-governmental organization. HTML5/CSS, a little Javascript, so MySQL, a lot of Perl, some PHP. I’ve had my personal domain since about 1984 and the website since '85. Everything I do is hand coded, although I did have a Wordpress blog on one website for a while.

You are a grandmaster in the field. It shows how little I know and how insignificant I am. I only used internet somewhere in the 90s let alone building websites. I started learning programming in Basic using a Sinclair machine in 1991, and then learned other versions such as MBasic and Basic after which I learned Turbo Pascal. Those days I could write a really good commercial software using Pascal but today it’s more like a bullock cart in the super car age. lol.

Pascal was developed at UCSD by computer science professors who were have trouble following the code being written by the students in C. It is intentionally limiting and really only good as a mediocre teaching tool.

Turbo Pascal as I recall was a Borland implementation that fit into their language suite.

Turbo Pascal is still used as the entry level language for object oriented programming at universities and schools. C has always been the all rounder. But about the origins, Wikipedia says Pascal goes back to 1970 while C appeared in 1972 (I usually don’t even open the Wikipedia for any political matters but for other subjects it’s reliable to a great extent). Whatever, I can still remember my lecturer doing his commercial programming in C. That was at a time when everything was done on MS DOS, and without internet we only learned what was available for us through books and teachers.

I did have one until a couple of years back when a major crash destroyed it and it was impractical to rebuild.

…a friend suggested a couple who were setting up a web design business and, to develop and showcase their skills, were happy to build a site at an almost nominal cost. So, it happened. Then , years later, their server suffered a major crash and the database on which they’d built the site was no longer operational. That was the end of over 10 years work.

So, to answer your question, no I don’t have a website.

How tragic not to mention pathetically inadequate that they weren’t doing routine saves and back ups.

I’ve maintained several - business sites.
at the time I used wysiwygwebbuilder (.com) - and kept copies of every file locally.

sites with messaging / buy / billing / etc I suspect are not as easily backed up locally . . .