The chef took several thicknesses of steaks, I think 1.5 inch, 2 inch, 2.5 inches. Then she showed how, when using reverse sear method, the initial pull temp from the oven (just before doing the sear) should differ based on thickness - because the thicker steaks would pick up much less heat overall during the sear vs. the thinner steak, so the thicker steaks should stay in the oven longer, getting to a higher internal temp.

For example (and just imaginary numbers), if you wanted a 1-1.5 inch to be medium rare after searing, the oven pull temp might be under 115°F, whereas for a 2.5 inch steak you’d let it go considerably higher than 115°F. She had a nice chart and all.

I’m kicking myself for not bookmarking it. I’m doing some 3-inch thick bone-in ribeyes tonight.

Thanks if anyone can recall and identify this youtube video. I tried a lot of searching on youtube but 90% of the hits keep coming up Guga.

And I like Guga, but he’s not the hero I need right now.

Was this it? Note: I watched only part of the video, but she did mention different thicknesses. YES! That’s the one. Many thanks!

She didn’t go to 3 inches thick, but I can extrapolate from her chart, and had a vague recollection that I might want to go as high as low 120’s before searing. 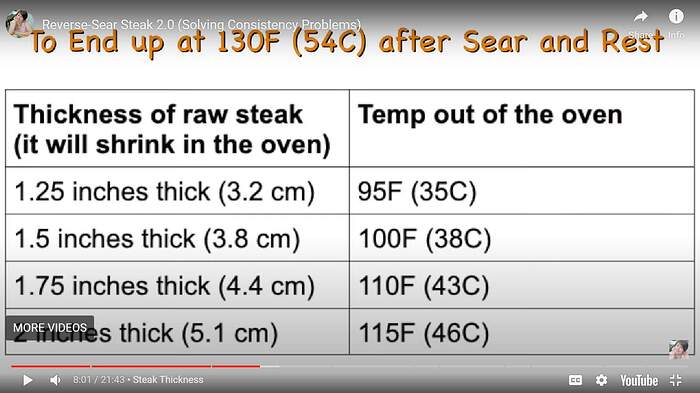 This time I’ve bookmarked it so in a few weeks I won’t be kicking myself again.

So how did they come out?? 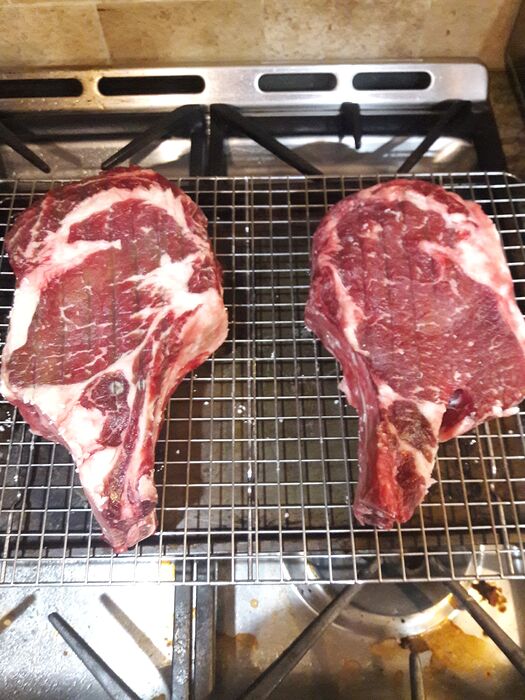 Then just out of the oven. I let them (or more specifically, the one probed) go to 125° in a 250 oven, then turned the oven off and let them coast while I was making mac-n-cheese and some steamed veggies. They stalled around 129 and dropped to 128 by the time I got them searing. But they were 3 inches thick so the post-sear temp was still right about 129. 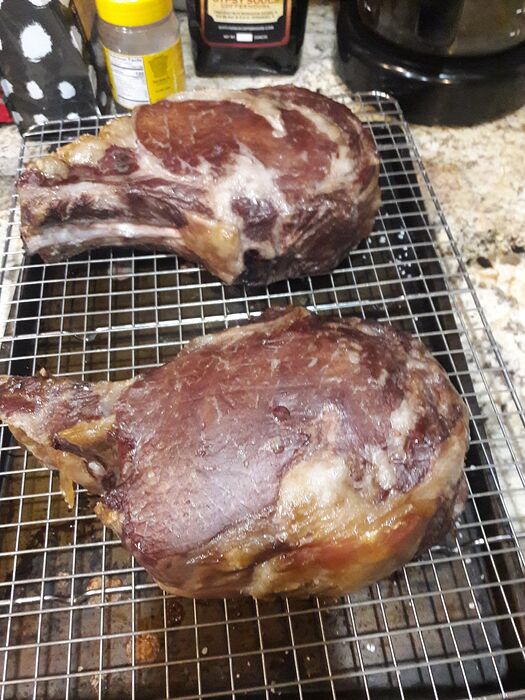 Here’s post-seared but I forgot to get pic right away, so I’d already cut about 1.5 pounds off the one guy (just my son and I eating last night). I made a clarified butter simmered with thyme and garlic slices, then strained it and used this as the searing fat. Nice flavor. I seared them outside using the grill’s side burner because I didn’t want to smoke up the house, hood or no. 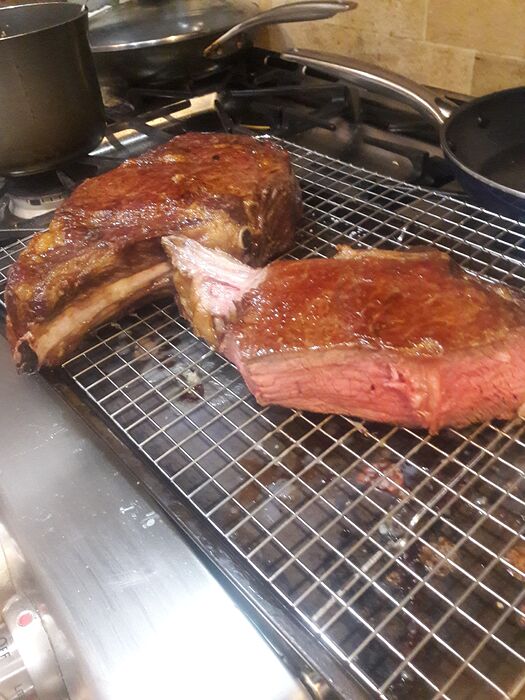 And here’s today - first pic is from fridge, second is after about 18 minutes at microwave power level 1 - got it to about 118°F which for me is a good eating temp for a reheated piece of steak. Still nice and pink throughout. I’ve previously pushed the notion of low-power microwave being highly suited to reheating medium rare beef steak and tuna/swordfish steaks, without further cooking them.

The second photo actually looks a bit more pink than the pre-reheat photo, but that’s just a lighting artefact. They were essentially the same color to the eye. 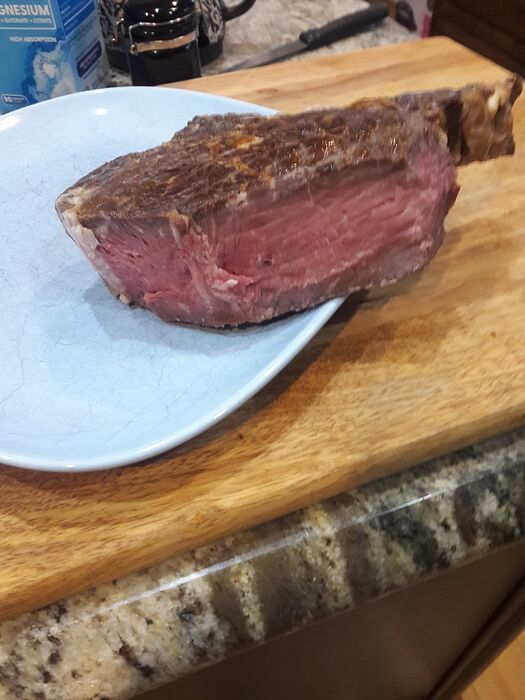 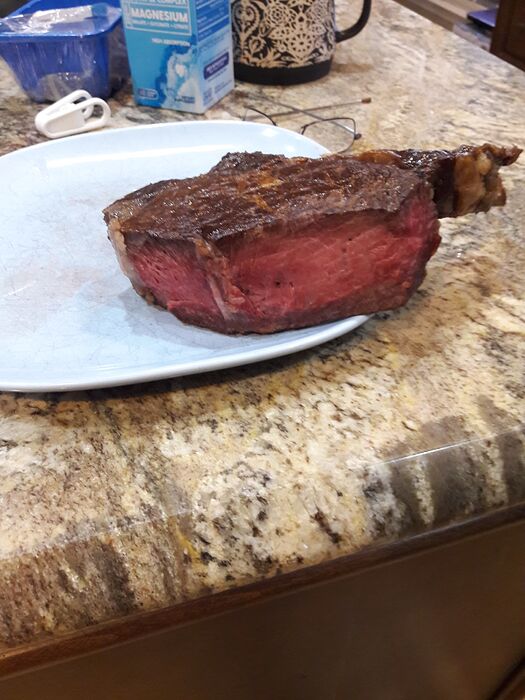 I should watch that video in full. I’ve been using Kenji’s video. The first time I made it, it was an OMG! moment as the taste and tenderness were superb. The next few times the meat was just okay; I wondered where the magic had gone. I did use the same grade of beef every time.

Some of the meat enthusiasts on Chowhound said that even within a given grade like Choice or Prime, there are subgradients. I can’t remember if they said it was a number scale or letters or what, but I got the impression that there could be a fair swing in the amount of marbling in one piece of (e.g.) Choice meat vs. the next one you get at the same grade.

I have become a fan of the reverse sear method, whether I’m doing oven/pan or indirect/direct on the grill. Especially for thicker steaks.