Any tips, or tricks you would like to pass on for cooking , or baking ?

There are a lot of good cooks and bakers on this site with lot’s of knowledge . I was thinking this could actually have it’s own board for either . If you care to pass on your knowledge for your tips, tricks , or even techniques that you have learned it would be great to hear from you . Let’s see where it goes . I have nothing at the moment , but I am sure I will comment . Thanks .

I used one of my tricks tonight when I made marinara . After cooking the marinara I turn off the heat and add a large bunch of fresh basil to the pot and cover for around 20 min . Then remove the basil with tongs . Creates a nice fresh flavor .

To give store-bought houmous a real lift, stir in a glug of EVOO. Leaving a little oil visible makes it look homemade too, just don’t leave it in the plastic pot!

Instead of making french fries . I like to take a stale loaf of country bread and cut into pieces that look like french fries and saute in olive oil , drain then lightly salt . Crispy exterior with a soft interior . Great for dipping or just by themselves .

for helping store bought hummus i usually add more tahini with some lemon juice. And then i get cranky that it’s still not “right” and i should have just made another batch of the Zahav hummus…!

When in doubt i add soy sauce or miso paste. Either seems to add that missing umami/depth of flavor to everything from salad dressing to soup or just roasted veggies.

For me, Worcestershire sauce does the same.

When you have to sweat onions, but not let them brown:

The steam and residual heat leave the onions perfectly translucent.

Hahaha. Okay I haven’t made chocolate chip cookies in years. So I made the dough into balls and put in fridge overnight before cooking.

Tip - slightly press cooled balls onto cookie sheet so that they don’t roll together while baking. 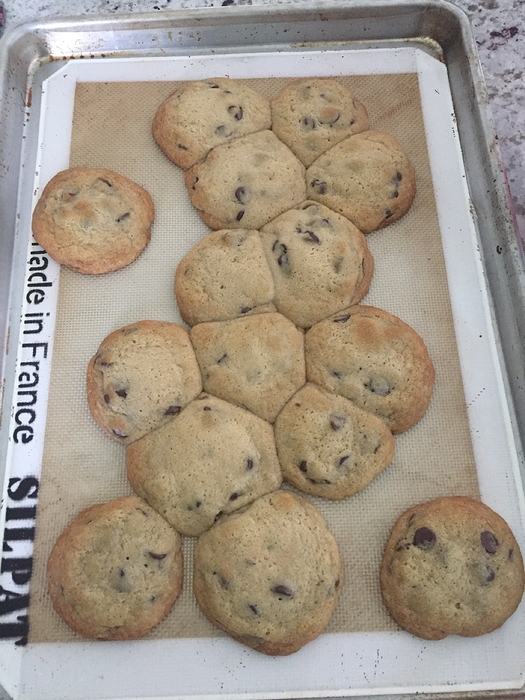 Also - 3 cookie sheets at a time never works in a home oven (even with convection).

Just for my ego - I got the hang of it again after first rolling batch. These are slated for ice cream sandwiches for the 4th of July. 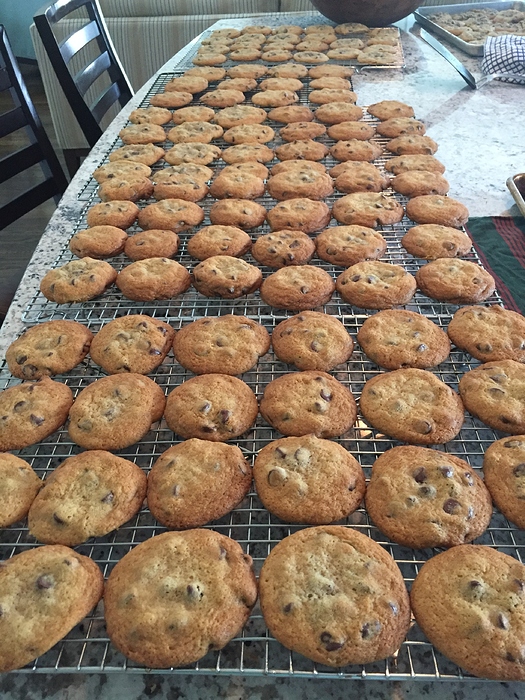 A tiny amount of chopped smoked bacon (tiny!) and grated fresh ginger brightens a lot of chicken dishes. Chicken soup especially. ( I know. We add bacon to everything and now here I am jumping on the bandwagon.

I try to use as few measuring utensils/devices as possible, and so have adapted some recipes to slightly change the proportions. For example, baked oatmeal: 2/3 C oats, 2/3 C nuts, 2/3 C brown sugar, and 2 C (3x 2/3 C) milk; 1 t baking powder and and 2 t (2x 1t) cinnamon. Yeah, it’s weird and I’m not sure why I do it, but it helps with the dishwasher burden!

I learned a nifty trick last week for reviving dry baguettes. Hold the baguette under running water for a moment to wet the entire loaf. Then wrap it completely in foil and stick it in a cold oven. Set the oven for 300º (and turn it on), wait 10-12 minutes and remove the baguette. Unwrap it and stick it back into the oven for another 4-5 minutes. Crusty outside, soft inside. Eat it right away.

I tried this on a dead hoagie roll, using the shorter times, and it worked perfectly in my Breville oven. I turned it into garlic bread for dinner. It was just like using a fresh roll. I wish I’d known about this tip when I had 2 leftover French loaves from New Year’s day, because who needs a gallon bag of breadcrumbs?

another trick I learned from my mother for soup chinese style such as hot sour soup, egg drop soup, noodle soup.
just before serving, brown some chopped shallot in sesame oil, and add tiny splash of soy sauce just as the shallot is getting fragrant and caramelizing. You will see steam coming up, very fragrant. Top this on your soup. Do not burn the shallot, Timing is critical. Also adjust the saltiness of the soup, remember that you will be adding soy sauce.

Just learned a new one tonight . When grilling chicken this summer . Forget the barbecue sauce . Start basting half way through the cooking with melted butter . Serious goodness .

I love this, thank you!

One of the pro’s on the old, washed up, never-to-be-mentioned site said that when cooking proteins it is better to use two skillets rather than crowding things together in one. Having experimented a bit, I think this is true. Unsure of the science. I believe the thought is that when proteins touch the edges steam and become tough. This tip caused a modest firestorm because what home cook wants to dirty another skillet? Anyway, when it’s important I do use two smalls rather than one large. But then I’m not cooking for a horde. . . .

I often use two (or more) skillets or pots simultaneously when preparing a “one pot” type dish. The extra time to wash another pan (1 minute?) is way less than the time consumed by using just the one for a series of processes like sauteing veg, browning meat, cooking off alcohol etc. etc.

This way I reckon I can have a stew in the oven less than 20 minutes from walking in the door carrying the ingredients, less than half the time using a single pot would take. I get home from work at about 6.30, so week-night chicken stew is do-able, but beef would mean eating at nearly 9.00. Too late for me!