I’m looking to try some new joints. My spot is Giannas in Atlantic highlands. My man John has this down to a science…both hot and sweet. This stuff is addicting. I buy a pound, eat like half of it and then bring it to work to share lol. Yes…not too healthy but I love this stuff! I’d like to try some other offerings but only homemade recipes. John has been perfecting this recipe since he was a young buck in Sicilia. It is a nice deli and I recommend it.

Does he have donkey salami?

Love the stuff myself!! One night Chef Ron made a meat and cheese platter for me at Christines and it was one of the best I’ve had since Basil T’s changed over. I’m sure he’s not curing his own meats and I’m also reasonably sure it was probably left over from an earlier party or catering he was doing, regardless it was delicious.

Dissapointing is Bivarria, Ama, Rum runners. I can’t find a decent Italian meat and cheese platter so I’m anxious to see what response you get.

Jr, I like angelicas. That is a really nice dish. However, some of Johns goods with some semolina, good olive oil and a glass of wine can’t be beat. Check it out buddy. It is worth a stop if youre over in the area. I’d try both the hot and sweet. They will cut you a few slices to sample…good crew there.

Ps…if you want to talk about the art of charcuterie, John is a really interesting fellow and can talk the talk.

Alright, I was serious. Donkey and Wild Boar are supposed to make the best salami. It’s a real delikatess in Italy.

I haven’t been in years but pieros used to have wild boar dishes…so they claimed. I couldn’t tell much difference between them and a regular hog.

I’m pretty sure domestic hogs, boar, javelina all mate together so who knows.

So here it is in Italy: 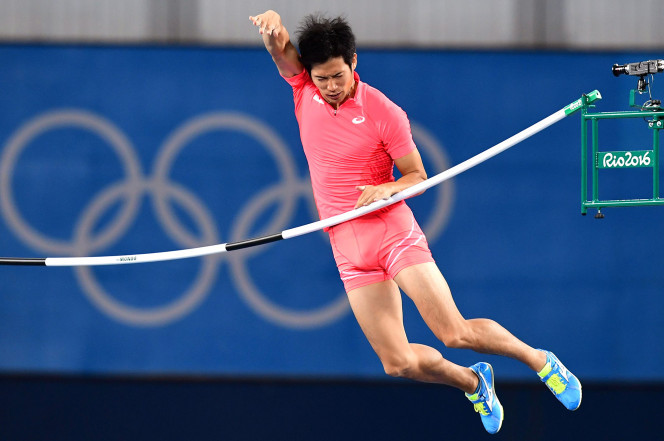 I got your sopressata pic right here…

OK, so it is a Japanese pole vaulter who dislodged the bar with his penis ( yes there is video too )

I heard about and watched the video myself. Upon originally hearing about it I just assumed it was a Jamaican athlete or someone of that nature, when I learned it was actually a Japanese athlete I was rather happy for him. The guy might have lost the gold, but he might still go home a national hero for finally dispelling that rumor about Asian men!! Good Job Sir, good job!!

Thanks guys. I was really trying to avoid the salami jokes. Or in this case, the kamaboko jokes.

Has anyone tried mastro hot Calabrese salami? I had a few slices from the butcher. That is some seriously great stuff and it should be for the price. I’ll pick up some next time.

Did you check with him about the donkey?

I’m not kidding you, that stuff is delishus.

He wasn’t there but he is Sicilian. I’m not sure how the donkey scene is down there.

Have you tried horse? It’s one animal I haven’t tried yet.

If you’re a sopressata fan, you’ve got to try my favorite pizza at Talula’s in Asbury Park… It’s called The Beekeeper’s Lament - hot sopressata w a drizzle of local honey. OMG

Yum! I will have to check that out. Thanks for the tip.

They do something similar with hot sopress and honey at Paulie Gees in Brooklyn. It’s pretty good.

Yep. But horsemeat is impossible to get in this country. It’s not illegal, but Obama fired all the plant inspectors and hasn’t hired them back or put money in the federal budget to do this in order to appease the PETA people.

I’ve had it in France where there are actually steakhouses that specialize in it. It’s pretty good, red meat, more of a sweet flavor than beef. I liked it, but then I will eat pretty much anything.

YW! I vary the rest of the items I order there (salads are always great, as are their meatballs), but when I’m having pizza, it’s my go-to! DElicious.

We need a pic of this Curlz! I don’t venture to Asbury much, but this is on my radar.