Taking our daughter to Amsterdam for a week to celebrate her high school graduation. We’ll revisit some favorites, Stork, Black and Blue, Hemelse Modder, and Klein Breda (from the team behind Guts and Glory, in the same location). We’ll have time to explore new places, both in Amsterdam and possibly day trips to Gouda, Utrecht, etc.

And one to avoid. I thought I’d been clever in discovering Srikandi for a rijstaffel,as it doesnt tend to appear on the touristy listings. There’s a reason for that - it’s crap.

We were in Amsterdam in 2016. There were two fish restaurants we really enjoyed. Lucius, which has a fantastic aquarium that we were seated right next to. Probably because we had made a reservation. And Visaandeschelde, which the couple at the next table told us was the best fish restaurant in Amsterdam. We also enjoyed a Chinese restaurant, Sichuan Food. They do a pretty good Peking duck. And Singel 404 had good sandwiches for lunch.

I live in the Netherlands and visit Amsterdam often (a few times a month). What would you like to eat? How old is your daughter? For day trips I’d recommend Rotterdam, my home town, instead of Utrecht, because it’s so different (and pleasant). When will you be traveling?

Thanks! Floreyn looks right up our alley…we love what the young Dutch chefs are doing. A big change from my first visit many decades ago when my Dutch colleagues warned me Rijstaffel was the only decent option.

She’s 18 and a veteran traveler and confirmed foodie. It’s her first visit to NL. Recommend some sights and restaurants in Rotterdam? We’ll be in NL July 2 – 10.

In Amsterdam I like the following restaurants, based on a mixture of quality of food and atmosphere (taking into account your daughter’s age as well). These are all located in the hotspots of Amsterdam where the locals go, including lots of youngsters. They tend not to be in the city centre though, but this way you’ll experience the city like a local.

Was there about five years ago. I liked Klein Breda very much (maybe a little too much food for me, I think a long tasting menu, some of it inspired, some just very good). But my absolute favorite restaurant was Gebr. (Brothers) Hartering. Young brothers on a floating base. They are really into food, and their enthusiasm is infectious. I found that no choice on the plates (I went twice in my week) was just for “show,” but the combinations of taste were just very yummy.

And then for Rotterdam. Again, chosen both with food and location/ambience in mind.

Hotel New York - across the river from Zeezout, cuisine not that spectacular but it’s an iconic building and a beautiful and buzzing terrace overlooking the river)

Witte de Withstraat - lots of restaurants on this street, an area your daughter will love. Nearby is also restaurant De Harmonie, more upscale if that is what you want.

Thanks, some interesting looking options. Any must-visit sights to recommend in Rotterdam?

Amsterdam cognoscenti, which places would you recommend for War Fries?

There are so many places to choose from… Basically any place that sells good fries should be a good pick. So it really depends on what area you are in. Here is a local newspaper article discussing some of the best places (you can use google translate in the chrome browser directly): 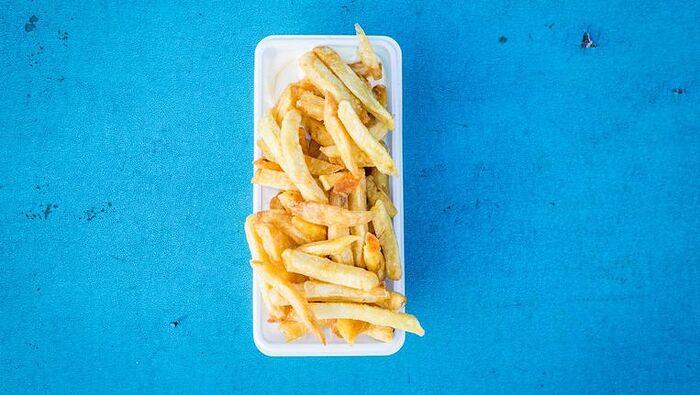 The city itself, just walking around, is already great because of the mix of modern architecture. But here are a few highlights:

And there will often be special events. Right now they have built a temporary rooftop walk over the city centre, but it is until the 24th of June only. See https://youtu.be/ihaXNqNFkHU

But I believe in July there will be the annual 2 week long festival on top of a parking garage. If you check back before you go, I can update you on things to do.

Amsterdam can boast the best barbecue in Europe, and very good barbecue at that, at Pendergast, a bit off the beaten track. I enjoyed the Seafood Bar near the Rijksmuseum, and Brasserie van Baerle near the Van Gogh museum. All pre-COVID

Thanks for all the suggestions! We had a great visit but encountered an unexpected challenge. Many places were fully booked for weeks, so we were constrained in our ability to utilize recommendations. We had booked Black & Blue, Klein Breda, and Hemmelse Modder in advance, and those were every bit as good as our recollection of previous visits. A couple of new places we did manage to get into: Breda (the big brother to Klein Breda), and Rijks (at the Rijks Museum). We had tasting menus for late lunch at both restaurants. Both served really imaginative dishes that unfortunately I can’t do justice to since I didn’t take notes. However a few memorable highlights are a beet “millefeuille” at Rijks that was probably the best dish we had on the whole trip. So much so that my daugther wanted to return later in the week, but alas no additional slots were available. The dining room at Breda is more refined than the informal Klein Breda, but meals at both were fantastic. A starter of poached oysters at Klein Breda served on the shell with an elderflower vinaigrette was memorable. At Hemmelse Modder we fondly recalled being previously introduced to samphir, and this time one dish included sea aster - bounty from the sea that we’ve never encountered in the states. One common theme among all the restaurants we visited was thoughtful wine pairings at 6-9 Euros per course/glass. And flexibility seemed to be more common than in Boston: everywhere we went they accomodated substitutions to tasting menus, and no restaurant required the entire table to have the same menu or number of courses.

A new find was a small breakfast joint Lavinia, on Kirkstraat, about a 5 minute walk from the Rijksmuseum. We stopped for coffee one afternoon then returned for breakfast twice. I had (twice) a toast with mashed peas, herbs and greens, tomato and poached egg…with optional smoked salmon. Yum.

We also enjoyed cheeses other than Gouda. One favorite was a young, runny washed (using brandy) rind from Utrecht. Oddly I couldn’t find it in Utrecht the next week. The cheese shops in the Nine Streets in Amsterdam had lots of local cheeses other than Gouda. The cheese shops I found in Utrecht were mainly selling varieties of Gouda. Also most wine shops looked at me oddly when I asked about Dutch wines, though one cheese shop recommended a Dutch white field blend, De Apostelhoeve - Cuvée XII, 2021 , that was a great compliment to cheese.

And stroupwaffles. Made fresh they are a real treat.

We took the suggestion of a day trip to Rotterdam. The boat tour of the harbor was very interesting, the largest harbor outside of Asia, apparently. It was the lone rainy day we encountered, so we didn’t explore as much as we hoped, but we did make it to the Markthall. The architecture was fascinating but the food options in the food hall were underwhelming.