American diet and authenticity of imported cuisine in USA

Oh trust me, plenty of people in other countries think that’s ALL we eat once you include hotdogs and pizza.

Maybe its where I reside, but I’m not ready to dismiss America as a culinary wasteland where people all eat TV dinners and frozen pizza when they aren’t hanging out at McDonald’s and Taco Bell.

Ya think
a tiny sampling of what’s available 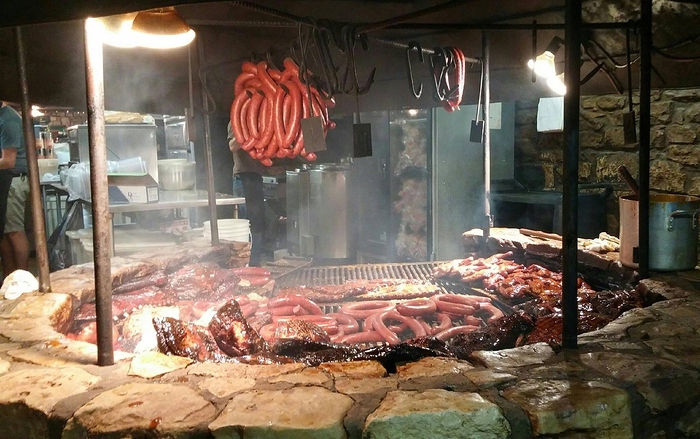 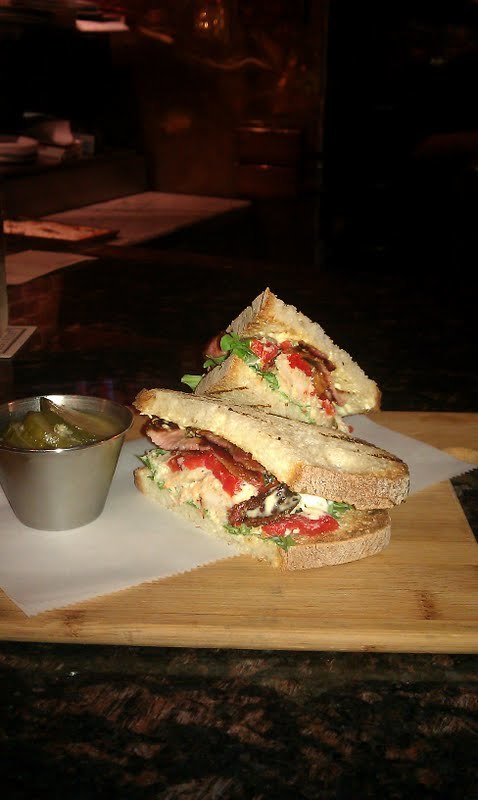 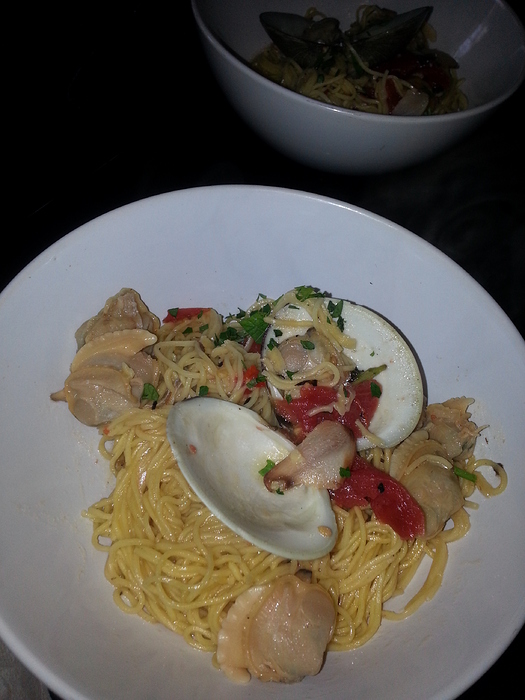 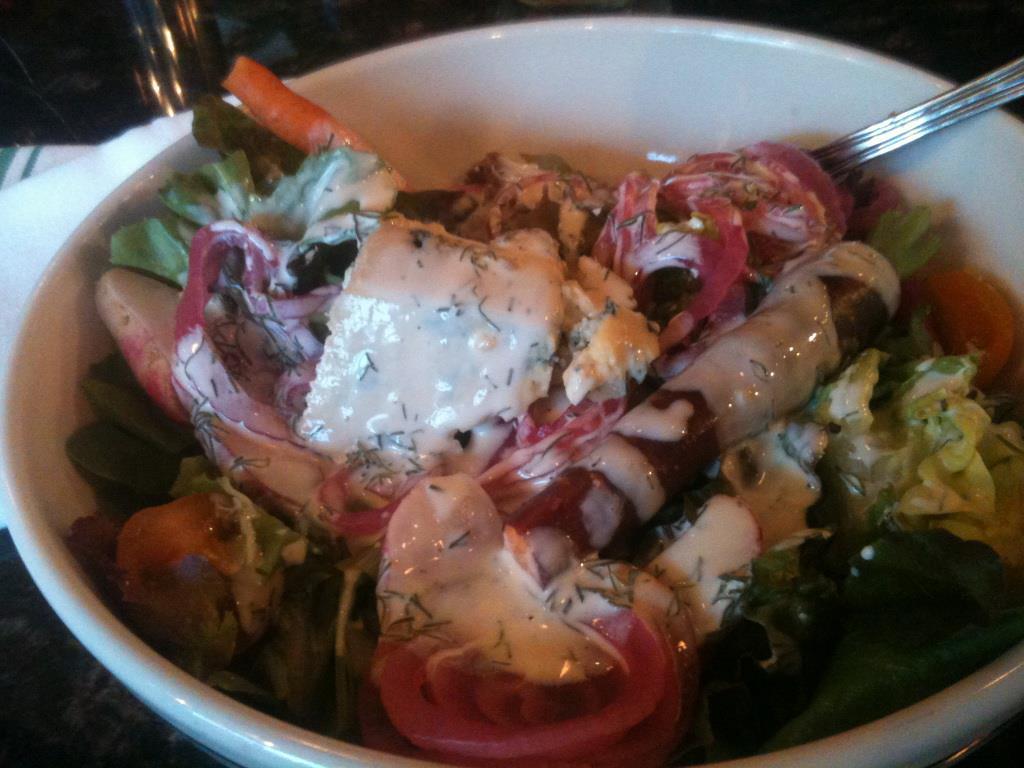 Oh trust me, plenty of people in other countries think that’s ALL we eat once you include hotdogs and pizza. 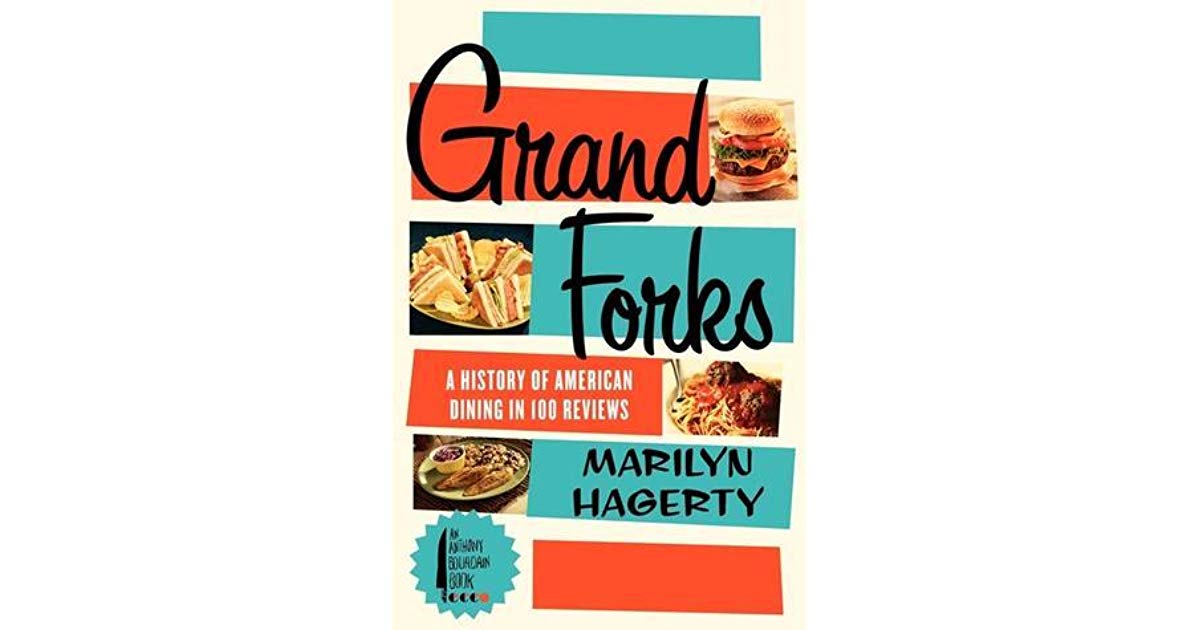 Looks like a mix of opinions (from horrible to food). So I guess it is not that bad.

There is that one lady kept saying " a little more salt".

I don’t know. American restaurants on average use plenty of salt. So the fact that she wants more salt worries me.

_ The territory covered here is not New York or Paris or London or San Francisco. And Marilyn Hagerty is none of those people._

_ For 27 years, Marilyn Hagerty has been covering the restaurant scene in and around the city of Grand Forks, North Dakota, population 52,000. She also, it should be pointed out, writes a total of five columns a week, about history and local personalities and events, in addition to her writing about restaurants and food. As one might expect, she knows personally many of her subjects. Given the size of her territory, it is not unusual for her to write about the same restaurant two or more times in a single year. In short, she is writing about a community that she is very much a part of._

_ If you knew her name before picking up this book, it was probably because of her infamously guileless Olive Garden review which went viral, caused first a tidal wave of snarky derision–followed by an even stronger anti-snark backlash–followed by invitations to appear on Anderson Cooper and The TODAY Show, dinner at Le Bernardin, an appearance on Top Chef, an Al Neuharth Award, a publishing deal–a sudden and unexpected elevation to media darling._

_ What is it about the 86-year old Ms. Hagerty that inspired such attention and affection?_

_ Why should you read this book?_

_ Of the 7,000 pages of articles and reviews I read while assembling this collection, there is little of what one would call pyrotechnical prose. Ms. Hagerty’s choices of food are shockingly consistent: A “Clubhouse sandwich,” coleslaw, wild rice soup, salads assembled from a salad bar, baked potatoes. She is not what you’d call an adventurous diner, exploring the dark recesses of menus. Far from it. Of one lunch, she writes:_

_ “There were signs saying the luncheon special was soup and a Denver sandwich for $2.25. In places where food service is limited, I tend to take the special. I wasn’t born yesterday.”_

_ She is never mean—even when circumstances would clearly excuse a sharp elbow, a cruel remark. In fact, watching Marilyn struggle to find something nice to say about a place she clearly loathes is part of the fun. She is, unfailingly, a good neighbor and good citizen first—and entertainer second._

_ But what she HAS given us, over all these years, is a fascinating picture of dining in America, a gradual, cumulative overview of how we got from there… to here._

_ Grand Forks is NOT New York City. We forget that—until we read her earlier reviews and remember, some of us, when you’d find sloppy Joe, steak Diane, turkey noodle soup, three bean salad, red Jell-o in OUR neighborhoods. When the tuft of curly parsley and lemon wedge, or a leaf of lettuce and an orange segment, or three spears of asparagus fashioned into a wagon wheel, were state of the art garnishes. When you could order a half sandwich, a cup of soup. A pre-hipster world where lefse, potato dumplings and walleye were far more likely to appear on a menu than pork belly._

_ Reading these reviews, we can see, we can watch over the course of time, who makes it and who doesn’t. Which bold, undercapitalized pioneers survived—and who, no matter how ahead of their time, just couldn’t hang on until the neighborhood caught up. You will get to know the names of owners and chefs like Warren LeClerc, whose homey lunch restaurant, The Pantry, turned down the lights to become the sophisticated French restaurant Le Pantre by night. And Chef Nardane of Touch of Magic Ballroom who, in his 6,200-square foot ballroom, served cheesecakes inspired by Debbie Reynolds and Elizabeth Taylor, and envisioned an exclusive private membership club with frequent celebrity entertainment. And Steve Novak of Beaver’s Family Restaurant, who when Marilyn visited his establishment, spoke of reviving his beaver act, complete with costume, for birthday parties._

_ And you will understand why the opening of an Olive Garden might be earnestly anticipated as an exciting and much welcome event._

_ Ms. Hagerty is not naïve about her work, her newfound fame, or the world. She has travelled widely in her life._

_ In person, she has a flinty, dry, very sharp sense of humor. She misses nothing. I would not want to play poker with her for money._

_ This is a straightforward account of what people have been eating—still ARE eating—in much of America. As related by a kind, good-hearted reporter looking to pass along as much useful information as she can—while hurting no one._

_ Anyone who comes away from this work anything less than charmed by Ms. Hagerty—and the places and characters she describes—has a heart of stone._

Absolutely! That’s why we are all here on HO. But not everyone is out to search for something unique or authentic or what have you. Most of my foreign friends and family that visit WANT to hit “American food” joints like McD, TGIF, KFC…etc. because that is what they are exposed to. Same reason movie/TV fans will hit Katz’s Pastis, Cafe Lalo, Serendipity regardless of the equality.

That said, I have no problem with Olive Garden. Does it matter if it’s really Italian? Does anyone think Chinese take out is really authentic Chinese? It’s good for what it is. You know what you are gonna get. It’s a safe choice for tourists and groups.

Most of my foreign friends and family that visit WANT to hit “American food” joints like McD, TGIF, KFC…etc. because that is what they are exposed to.

This has been by and large my experience, too. Usually it’s the places they don’t have in their countries, so for my guests that means Starbucks, Bonefish Grill, PF Changs, and Cheesecake Factory. My opinion is they feel an aura of hygeine and… first-worldliness, if you will, at these places. And they can discuss specific menu items with other friends who have visited America. (Plus, Facebook pictures at Hunan Taste just don’t have the same cred as pictures at PF Changs.)

Does anyone think Chinese take out is really authentic Chinese?

Yes, lots of people think that.

While I’m very much aware of the ‘what’s real Chinese food’ discussion, I don’t really get why it’s such an issue. White Castle hamburgers are miles apart from Shake Shack but why should anyone care who prefers which and why? Taco Bell isn’t ‘real’ Mexican food if you have access to true Mexican cuisine. A college kid, at midnight, could care less. There!!! I feel much better now!! ;o)

Its not Italian for sure

I don’t really get why it’s such an issue.

I get you were just saying in general, not specifically at me. American Chinese can be great, I make it at home all the time. I’ll admit, if my family didn’t keep me grounded (“who cares as long as it tastes good”), I’d be the worst “authentic” snob. I was for a while, but they pulled me back. Now our motto is, “No cheese with fish, except for when we have cheese with fish.”

As for why should anyone care and why, I mean it’s not that I want everyone to prefer what I do, but I will definitely put forth my opinion that Shake Shack is better than White Castle. Hypothetically, that is. I haven’t had burgers from either place. Isn’t that one of the purposes of a site like this, to write about what we like and don’t like? (And sometimes do it informatively so others can assign their own value to our opinion?) I don’t want HO to become like Instagram where the slightest disagreement will upset the balance of the universe.

I always consider regular takeout Chinese to be Chinese-American. PF Chang’s is something else. Neo-Chinese-American-Fusion? I don’t know, I give up…

We have ventured off-topic, hungryonion is so going to split this thread.

Right you are. Labels are convenient in place of words that express thoughts and the process behind the thoughts.

Leave out the hyphens and what’s left is: The only “authentic” Italian food is in Italy, just as the only authentic Chinese food is cooked only in China.

We have ventured off-topic, hungryonion is so going to split this thread.

You will need to put a @ in front of hungryonion to flag me. Or use the flag function under a post.

While I’m very much aware of the ‘what’s real Chinese food’ discussion, I don’t really get why it’s such an issue.

Except when people inadvertently drag a Chinese person to an American-Chinese restaurant and suggest that the food is very good, then inevitably it leads to disappointment.

I have not been to PF Changs and I really just dislike Olive Garden. IMO the food is not good. The combos make me sick when I see the commercials. I ate there once and that was enough. My local pizza place has better food - the Italian American things like chicken parm, etc, that are not authentic Italian either, if you get down to it, but better than OG.

While I’m very much aware of the ‘what’s real Chinese food’ discussion, I don’t really get why it’s such an issue. White Castle hamburgers are miles apart from Shake Shack but why should anyone care who prefers which and why? Taco Bell isn’t ‘real’ Mexican food if you have access to true Mexican cuisine

I agree that it’s of no ones concern whether people prefer the traditional foods of a culture or the Americanized versions. Or the haute, street, or home style versions. However not being aware that there exist these different types of food is problematic— food stereotypes are often linked to monochromatic perceptions about culture, class, and race.

food stereotypes are often linked to monochromatic perceptions about culture, class, and race.

I’m going to need a while to digest that. I guess we can blame Chipotle, Taco Bell, and Panda Express for a lot of things but that seems to be a stretch.

2 Likes
next page →
“Food is a pretty good prism through which to view humanity.”
― Jonathan Gold
Market stall in Lima
Credit: TXMX 2