I wasn’t quite sure where to post this, but I had an awful reaction to our dinner last night (chicken breast piccata, broccoli w/hollandaise). Almost immediately after finishing, I had bad GI discomfort and an intense pounding, pulsing headache that lasted about 20 horrible minutes long - like someone had wrapped a steel ring around my head and kept tightening it to the beat of my pulse. WTAF?

I’m not aware of any allergies to chicken, lemon, white wine, flour, fresh parsley, broccoli or hollandaise, so I am utterly mystified.

I have had this reaction once before, although that time also included nausea & vomiting. Unfortunately, I don’t remember what I ate that first time.

My dining partner had no such issues, and google doesn’t really bring much up.

IS THERE A DOCTOR IN THE HOUSE?

But srsly, I’d like to avoid such reactions in the future, but I don’t even know where to begin…

How did you prep the hollandaise? Perhaps the yolks were not heated enough to kill off any bacteria?

It was a Knorr packet. No raw eggs involved. The only thing I can come up with is that my chicken portion wasn’t fully cooked through, but I think I would’ve noticed. It’s just so bizarre.

Maybe you’ve developed a sensitivity to one of the ingredients in the Knorr packet? 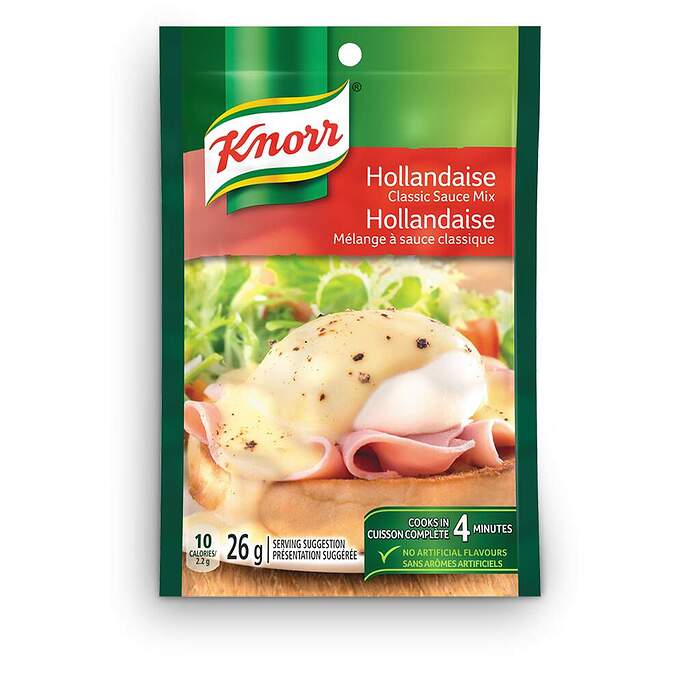 My cousin has become allergic to chicken. I hope that isn’t the case for you.

I have a sensitivity to preservatives that makes me break out in hives after many prepared foods and condiments. There’s no protein involved so it isn’t a true allergy, therefore, there is no test for sensitivities to salts, sulphites and sulphates. It’s based on trial and error, and an antihistamine can be taken to settle things down. That said, it doesn’t give me GI issues, just hives and itching.

Could be an issue with preservatives.

I have become violently ill after undercooked hamburger, undercooked Italian sausage and undercooked chicken, from restaurants, so maybe that was it. On one occasion, it hit me within half an hour.

I know many people like their chicken with a hint of pink. I cook it until there’s no pink and it hits 160 on the thermapen.

Did you also have wine with dinner? I find wine as a beverage with main courses with creamy sauces can lead me to GI distress.

MSG & sulfites in the Knorr packet? Pesticides on the broccoli? New or different beverages?

Did you have champagne, cava or prosecco with the meal?

Nope, just what I mentioned. I don’t generally drink alcohol with dinner at home.

Nothing but water, and the Knorr hollandaise has never affected me before (I had it fairly recently).

I have an official diagnosis for IBS, although it seems to be mostly booze-related - which has been rather easy to manage.

I often have adverse reactions to poultry fat or beef fat (yet I continue to eat both whole chickens, chicken thighs, and rib-eyes, I just put up with the aftermath bc I’m stoopid)…but those are exclusively GI reactions. That pounding headache OTOH is something I would very much like to avoid in the future if at all possible. It truly is mystifying!

If the white wine was under-cooked and left a trace of alcohol in the dish, would that be enough to affect you?

No, I have absolutely no issues with white or rosé. In fact, I had some the night before.

Not a diagnosis by any stretch, but I used to work with a lady who was hyper sensitive to sulfites. Her reaction was much like you describe.

This was many years ago…she had to be super careful with prepared foods in particular.

In more serious episodes she would be violently ill and (disturbingly!) Her tongue would turn blue-black like a chow dog’s tongue. (The color seemed to be a chemical type reaction and she said it felt prickly but didnt swell or hurt…it would fade to normal ib a day or two…but it sure was unnerving visually)

Internarional companies like Knorr have different manufacturing facilities and use different ingredients in different places. This might explain why you had no reaction recently )

My mom also had a sensitivity to wine sulfites years ago. It would trigger a migraine-level headache.

Interesting. The Knorr packets came from the same shelf in my supermarket, so it’d be odd if the ingredients were any different - I think I got 5 of them at once.

I WISH I remembered what triggered that first episode, but that was well over a year ago and - much as I tend to remember pleasant meals, this one seems to have been repressed by my subconsciousness

There’s broc & hollandaise leftover, and I may just have that for lunch tomorrow. If the screaming headache returns (gawd I hope not!) at least I can narrow it down ever so slightly to that part of the meal. If not, the chicken part is to be examined further

Is it at all possible that it was a coincidence of timing, and there was something else you might’ve reacted to that occurred at roughly the same time? Just asking because as an allergy parent, none of your building blocks are common allergens, and it’s also quite uncommon to have an allergic reaction out of the blue to something you never have before. It happens, but typically with allergenic foods, and typically because you’ve had a lot of them and at some point your body just o.d.s on that food and can’t deal anymore. Anyway, it sounds awful and I hope you feel better and figure it out.

That’s a really good point, and maybe it reall just was some odd coincidence. I think the last time this happened it was after having pasta with hot Italian sausage, which (obvy) would be something entirely different.

Hopefully the broc & hollandaise lunch tomorrow will bring a little more clarity. And no headaches

I am so sorry this happened to you and apparently more than once. I hope you are feeling better now.
The reaction happened a little quickly to be bona fide food poisoning, however nothing these days is out of the question. Possibly something you ingested earlier in the day bugged you. Sulfites in wine can trigger the headache you describe. Keep a food journal if you can for the occasions you are eating with others, out of your household, and when you dine out or get take out.
Personally, I have had more than my fair share of food borne illness. E-coli and giardia were two bugs I got, two instances of bad seafood and one was when the omelet pan was sprayed with bug spray instead of Vegalene at a local restaurant that we will NEVER visit again.
Food allergy testing can be a can of worms. My roomie has an anaphylaxic reaction to some seafood. We never know what will happen, when, and it seems to be limited to ocean going fish, but not shellfish. A sardine sandwich on my lips once put him in the hospital after a kiss. We’ve both been tested , extensively. I was allergic to scallops as a young adult and ‘outgrew it’ Another time was with mussels I suspect possible ‘dirty fish practices’. Ya gotta be careful with anything you put in your mouth. Not everybody out there practices or knows safe food preparation protocol. you also might want to check out the FODMAP recommendations if you haven’t visited that already.
I am not a doctor, nor do I portray one in blogs. I just speak from experience.
Be safe and keep hydrated! Best of luck!

Thank you. I am lucky in that I have no food allergies to date (to my knowledge), nor allergies to sulfites. This was a home-cooked piccata dinner with organic chicken & organic broc from Aldi plus that Knorr hollandaise pack… nothing I’ve not had before without any ill effects.

Perhaps it was just a particularly horrible IBS attack. I just hope this doesn’t become a habit, as I’ve learned to deal with my GI issues over the decades. Screaming pounding headaches - not so much!