Aleppo’s diverse population, Christian, Jewish and Muslim communities as well as populations of Arabs, Armenians, Greeks, Circassians, and others from across the region – contributed to its rich food culture.

From this rich mix, emerged a cuisine that is frequently ranked as the best in the Middle East and was awarded a Grand Prize of Gastronomic Culture.

The interest in food goes back a long way, where the oldest known recipe from the city – for kibbeh – dates back to the late 800’s.

Its origin dates back to the Assyrian Empire. As some scholars believe that the word Kibbeh was found in the ancient texts that describe the feast of the Assyrian king Assyrian Nasser II in 879 B.C, who used the term “kabtu” for anything circular or puffy.

Aleppo which introduced this recipe to the region, lays claim on dozens of Kibbeh variations, grilled, fried, baked, boiled, and raw. And although many claim that over 90 types of kibbeh exits in Aleppo, only 58 are documented in the comparative encyclopedia of Aleppo of the late Khair Al Din Al Asadi. 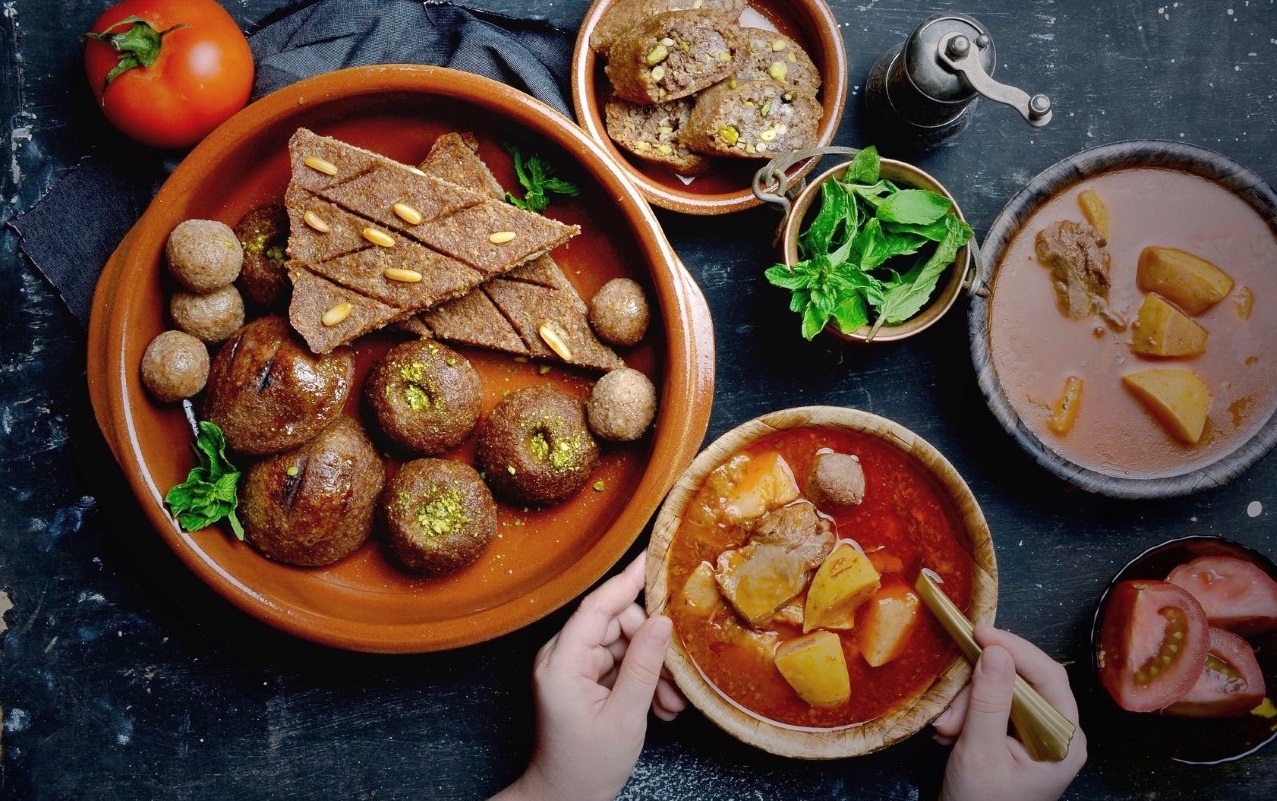 The oldest known recipe from the city | Aleppo To The World

Aleppo’s history as a trading city and its location in the most fertile area of Syria created the most complex and sophisticated cuisine in the Levant. A long history, a diverse population, wealth and a great range of ingredients meant the city was a...

I’ve made a few different kibbeh. From raw to fried and soup kibbeh. Raw kibbeh nayeh is by far the easiest. Even made a vegetarian kibbeh that uses red lentils that resembles the raw meat kibbeh