Criticism from friends who had been already was that their saucy dishes hadn’t been cooked long enough for the raw masala/spice taste to have cooked out.

So we avoided the gravy dishes, and tried a snack - dahi batata puri, a grilled dish - jumbo shrimp, and the biryani.

The snack was correctly flavored, though slightly unbalanced (too liquidy, very little potato filling, inverse of the original).

The shrimp dish was popular across tables - two palm-size jumbo shrimp split lengthwise and grilled. The sauce, however, highlighted what our friends had experienced - it was yogurt (which was a doozy to start - it’s unusual to see shrimp paired with yogurt, for good reason) with ginger, garlic, and green chillies, and the ginger-garlic paste still tasted raw (I scraped it off).

The biryani was a visual show-stopper, with a puffy dough lid to show that it had been cooked “dum” style. Generous portion and good spicing, but lacking the melded flavor that a properly cooked biryani has from the rice and meat being cooked together.

Priced at about half of their Manhattan restaurant - Rahi.

A cacophony when the room is full, if that matters. But it emptied out by about 8:30.

We might go back to try some of the other grilled dishes.

[quote=“Saregama, post:1, topic:17668”]
The biryani was a visual show-stopper, with a puffy dough lid to show that it had been cooked “dum” style. Generous portion and good spicing, but lacking the melded flavor that a properly cooked biryani has from the rice and meat being cooked together. [/quote]

I’ve eaten there once and I agree with the "raw spice taste"criticism overall, even with the whole grilled fish. In our case, the dahi bata puri was balanced, although the puris were very fragile. It was probably the best thing we had there. The baingan bhartha was the next best thing, well balanced between heat and smokiness, and with no raw-spice taste. The “naans” were very tasty, both plain and garlic, but were closer to parathas than to naan in texture, thickness and chewiness. Their rara gosht, a dish that has chunks of lamb in a sauce made with ground lamb, was the worst offender in the raw-spice department, and the sauce had no discernible ground lamb in it (unless it was blended in). The dal was unmemorable – indistinguishable from a lot of overly rich black dals across town. (It’s a remarkable achievement that Indian restaurants in the U.S. have been able to reduce the vast variety of lentil dishes in India – with no two households producing identical dals, there are probably over a hundred million variations – to or three formulaic types.)

The biggest pleasure for me at Adda, but also the biggest let down, was the bheja (brains). The versions I’ve had in Bombay (or, in the U.S., at Devi, when it was around, and in a Pakistani restaurant in Allston, MA) were all unmistakably brainy – like soft scrambled eggs, flavored minimally with turmeric (more for color), ginger, chillies, etc. The Adda version comes in a thick reddish sauce (a little too like the one for the rara ghost for a restaurant that boasts of not using the grid approach to Indian food that’s sadly ubiquitous in the U.S. – where you choose from a sauce column and a protein row) that so smothers the brains that you have to hunt for for them.

The heat levels of the food were much below the ones that the rave NYT review claimed for their dishes. Indeed the raves both there and in the New Yorker are hard to understand. Indian food is badly represented in the U.S., but there’s better food available than this. If you catch Haandi, a steam-table place on Lex, when the food is freshly put out, it’s much more flavorful, for example.

A quick comment on biryani: as you know, some versions – the “kaccha” ones – do involve cooking the meat and rice together from scratch, but others involve (for example) taking cooked meat, layering it with parcooked riced and caramelized onions, sprinkling saffron-infused milk over everything, sealing the dish (either by an entire dough cap, or by sealing a metal lid with dough around the edges, then letting the whole dish steam together till – as you say – the flavors meld. That last step might not be given enough time at Adda if the flavors haven’t come together.

although the puris were very fragile

That’s how they’re supposed to be, if they were thicker people (I

So… I find it odd to complain about/compliment naan, but I know what you’re saying. One of my biggest disappointments with Bombay Bread Bar/Paowalla was the naan (and also the namesake pao), because his naans at Bread Bar (Tabla incarnation) were just fantastic.

Indian restaurants in the U.S. have been able to reduce the vast variety of lentil dishes in India

Indian restaurants produce restaurant food, not home food. The two common varieties of restaurant dal are kali/maa ki/black dal and yellow dal tadka/dal fry - I would never order either, but I have family who can’t eat a meal without something wet, and so must everyone else, so…

I wanted to order this, or the kaleji/liver, both family favorites. Dining companion not so much. Was it the sauce you objected to, or did they mash it all up? I’ve eaten (and enjoyed) it both ways, but it is not uncommon to find the mashed up version because most people don’t like to see the whole form (hence: bheja cutlets). I’m also picky about where I eat it because I was taught the cleaning and preparation is very important (as with paya/trotters).

biryani: as you know

Indeed. I’m obsessive about biryani, both at home and out. I mostly don’t order it, because this is usually the outcome - korma and rice mixed together and called biryani - it ain’t. Dining companion insisted, because it smelled good going by us. By the by, after we were done eating, the sever circled back and explained to us that the dough lid was “a naan, you can eat it!” - the dough had been set aside on the shrimp shells that hadn’t been cleared, the meal was long done. (Also: no, it’s not a naan.)

@Saregama has eaten more widely in Manhattan than I have, so will have better recommendations. The chief problem I have with Indian restaurants in NYC (or in Boston) is the sameness of the food from restaurant to restaurant (as I said when I talked about dal above), and the frequent lack of consistency. A dish might be excellent on one try and flat on another. Having said that, I have eaten often at Saar on 51st (off 8th) lately. Their kebabs are quite good, and they serve unusual (for NYC) sauced dishes from different Indian traditions – a Bengali goat dish, a parsi lamb one, etc.

The food at Pondicheri on 27th (off 5th) is also unusual, although also uneven. I’ve had good pork dishes there, and they’re the only place I know that carries a version of mawa cakes, a rich Parsi cake from Bombay. Awadh (2588 Broadway) was good the one time I ate there, but that was over two years ago. Vatan (on 3rd around 28th) serves a set Gujerati thali meal in an unusual setting. If they have jowar (sorghum) or bajra (pearl millet) rotis as an extra, they are worth getting.

Malai Marke, Chote Nawab, and Chola, all have had the occasional dish I’ve liked. Saravana Bhavan (two locations) serves acceptable South Indian food, without rising to the heights that that cuisine can soar to.

As a complete aside, iirc you’re in the Boston area - have you tried Punjabi Dhaba in Inman recently? It used to be very good a decade ago, curious how it’s aged.

Quick responses: I thought the puris in the dahi-batata-puri more fragile than usual. I had to be careful not to hold them too tightly. Not a complaint, just an observation. (And I may be wrong).

I agree wholeheartedly with the post Bread Bar decline of Cardaoz’s food, mot just the naan, but in general. I used to love to eat at Bread Bar – I particularly liked a deconstructed pork-belly vindaloo they used to serve. I’ve eaten a few times at the two incarnations of his new place, without being really blown away by anything.

On dal, yes, I understand the difference between home- and restaurant-cooking, but I’ve eaten a variety of dals at restaurants in India, even (especially) in small towns, so there’s no reason for Indian restaurants in the U.S. to offer just the two types you mention.

The brains at Adda were whole, slightly rubbery lobes submerged in red sauce.

You do rc. Punjabi Dhaba was indeed very good ten years ago, but has declined since. It’s still better than many fancier places, though, and we take food out from them off and on when we’re passing through Inman. What the Boston area had for a while, that NYC lacks (you can correct me if I’m wrong), was two quite good Bengali restaurants, with several dishes not found elsewhere. Bengal Cafe on Mass Ave (past Porter), run by a harried couple that did the cooking and serving, closed several years ago. Royal Bengal moved from near MIT to Somerville, then closed a few months ago. Those were big losses.

Thanks for the recs @fooddabbler. So far I’ve been Saravana and Chote.

I agree food can be inconsistent. Saravana in NYC definitely pales in comparison to other locations I’ve been to - scratches the itch though.

Our favorite NYC Indian restaurant is Indian Accent. Chef Manish Mehrotra’s original restaurant with the same name is in New Delhi, and there’s also an outpost in London. His innovative cuisine is truly delicious. There’s an excellent wine list, and the cocktail list includes several non-alcoholic options. Service is polished, and the ambiance is very pleasant. 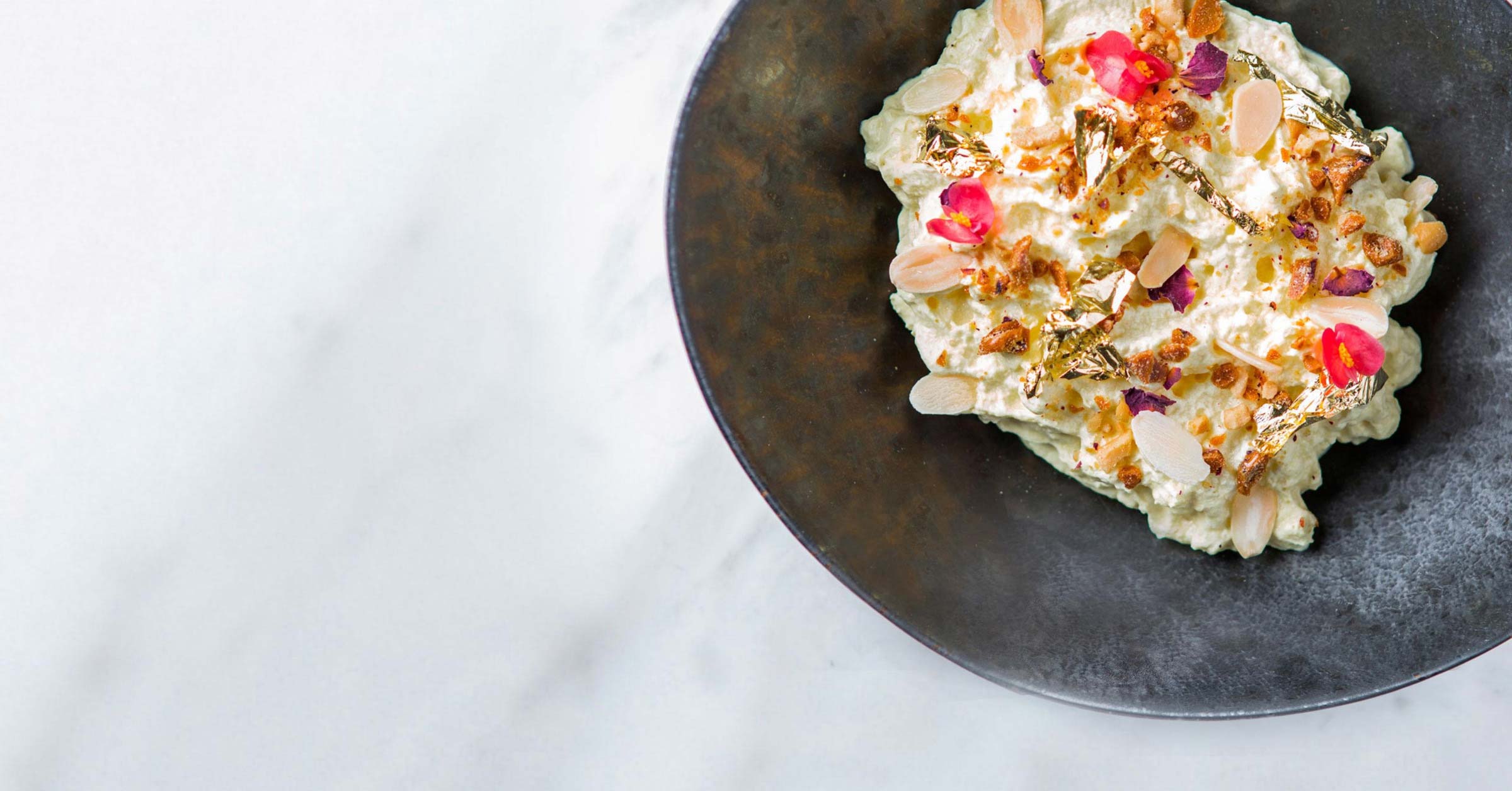