A first step back to normality

We went to the garden centre this morning. Inexplicably, garden centres have been open throughout the lockdowns as they are classed as “essential retail”. No, me neither. However, today was the first day that cafes are allowed to reopen if they have outdoor space.

Well, this place has set up a few benches in the car park. Bacon barm for me; cheese toastie for herself. Both come, a bit oddly for breakfast food, with a handful of salad and crisps. Coffee was decent enough. And we were given a freebie fruit slice to share, which was nice of the server.

It all felt, erm, quite normal. Except for getting a freebie of course. 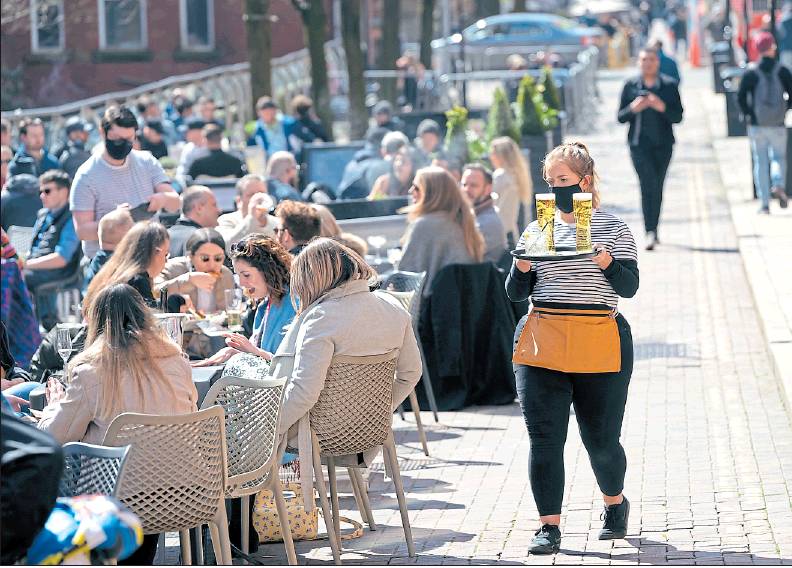 I hope your cafe was a bit more subdued than this one (a picture in today’s Philadelphia Inquirer taken on Canal Street in Manchester).

Actually the picture they ran of shoppers on Oxford Street in London was even more frightening,

Why do find the picture frightening? Its outside. Can’t tell how close the tables are as perspective is often difficult to judge in pictures but I think rules in the UK require spacing. I’ve been eating outdoors in NYC in similar settings. Its quite glorious when the sun is shining as it is in the picture having a meal with friends/family after all this time.

I guess I’m just used to greater spacing/fewer numbers in my neck of the woods. I’ve dined both inside and outdoors (though not recently due to an injury situation), but it just seemed more space was allowed.

Agreed. Although it doesnt look to me as though there’s the 2 metre spacing that should exist if there are not “mitigations” (over which the regulations are extremely lax). Canal Street is right in the city centre so the cops will be patrolling and I would have thought that, if they are too close together, the cops would be speaking to thr bar owners.

By the by, what’s nice about that photo is that there appears to be mixed sex groups at the tables. Not common for Canal Street - it’s the main thoroughfare of our Gay Village.

not recently due to an injury

Every time my ribs give me a twinge I think of your injury and hope you are healing quickly.

Eh, my right eye is still a bloody mess and the right side of the face is bruised from brow to collarbone. It’s been 3 weeks. Another 3 and I may appear in public.

Eh, my right eye is still a bloody mess and the right side of the face is bruised from brow to collarbone. It’s been 3 weeks. Another 3 and I may appear in public. 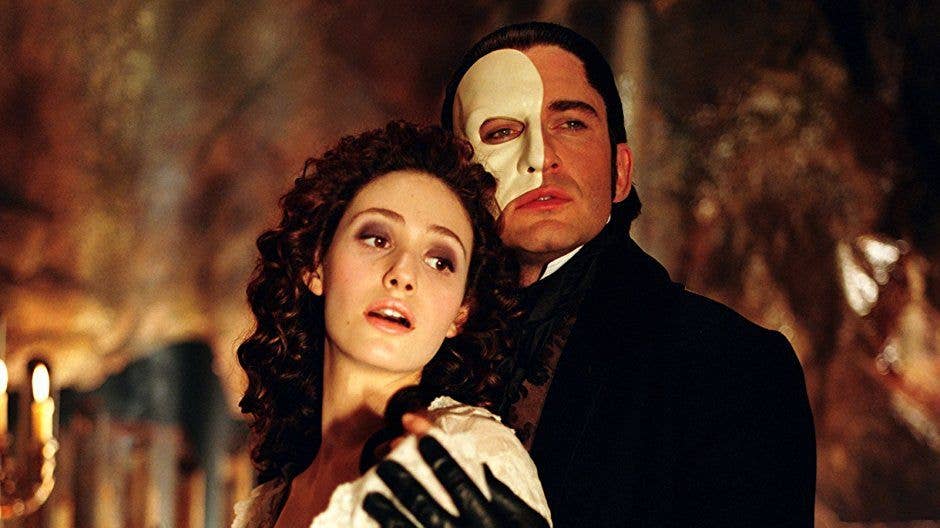 @gaffk, I hope that you heal fast and well. Somehow I missed that you had been injured. I’m gonna choose to think that this is the universe’s way of getting bad stuff out of your path all at once (ugh, pandemic), so you can enjoy brighter days ahead.

You’ve mentioned once about your injury. Hope a speedy 100% recovery.

Sorry maybe you’ve mentioned before, what has happened?

Sorry maybe you’ve mentioned before, what has happened?

Wait! @gaffk - run your story by me first. We may have to come up with something more interesting than reality. grin I’m thinking something with a runaway bus and saving a baby in a carriage. Perhaps snatching an elderly person from the rails of an El as the train pulls in. Maybe interceding during a robbery attempt in the curbside pickup lane at your local grocery. Give me a bit. I’ll think of something good.

I was too quick to tell the true story of breaking my ribs. I could surely have come up with a better story.

Thanks @tomatotomato hopefully you’re right and it’s all clear ahead.

Actually I tripped over some cords and fell into the curvy end of a wrought iron railing. I broke 2 orbital bones and into the sinus. But over a few days the bruising traveled the length of my face and neck.

Sorry @Auspicious . . . I would have made up a better story. But as Mark Twain observed, liars have to have good memories, and I’m afraid I don’t.

How well I relate to this. Several years ago in Paris, wearing dark glasses and just stepping in from the sunlight, I didn’t see a 6" step in a shop, stubbed and sprawled across the next level, landing on my upper face. Black and blue is actually complimentary for how my face looked within hours. But it was the progression of the bruise that was confounding. Almost by the hour, it grew south, kind of like Inspector Clouseau’s make-up in the Pink Panther. I slathered on concealer which only made it more grotesque. The pain was something I had never experienced. Only recently, an MRI revealed that I had actually incurred a hairline crack in my skull. But it was the traveling and ever color changing (black to purple, blue, green and finally yellow) bruise that I remember most.

All of my very best wishes during your recovery.

So sorry to hear … Speedy recovery wishes are being sent.

The pain was something I had never experienced. Only recently, an MRI revealed that I had actually incurred a hairline crack in my skull.

It really hasn’t been too painful (thank you oxycodone). And I was transported to a trauma center where everything from my skull to my feet were imaged, so by the time I was admitted to the hospital it was clear only the orbitals and sinus were fractured. But yes, the traveling bruising is memorable . . . I never even thought to put makeup on. I know when it finally clears I will need fresh mascara and eyeshadow.

Sorry to hear about the skull (scary what may have happened!) and the pain. I guess what doesn’t kill us?

Congrats, Mr H. Still not braved it meself.
Just as a matter of interest, what time was this at ?
Hope it was past the ‘salad and crisps’ watershed ( 11am earliest, Id say )

This was about 10.30 so deffo still brekkie time.

They are not the only place I know to do this frankly perverse salady thing. We go to a farmers market near Congleton now & again. Caff there does very nice Staffordshire oatcakes (bacon & cheese) but, when you rock up there at 9am, you really do not expect it to come with lettuce tomato & cucumber. Brown sauce, maybe, but not yer healthy stuff.

By the by, we’ve made a couple of reservations for after 17/5. First one up on 19/5 - the Lime Tree in Didsbury (South Manchester) which was bang-on for its Covidy stuff when we went in the summer. And, for early June, right up the scale to Adam Reid’s gaff at the Midland Hotel in the city centre.

Look like a good double to start with. Just had a look at Lime Tree menu- looks like the kind of place I wish I had closer to me. Never sampled Reid’s fayre. He came across as a bit up himself on Great British Menu too, so that didn’t make a visit more likely… though my bro in law rates his scoff too

Hope that you have finally recovered.
Need to look down when walking …