Not sure if this is going to be considered some kind of invasion of privacy for his disclosing it, but I do more or less support him for calling the guy a jerk. I can’t stand this type of behavior. Leave 10% if you are that upset but to do this is a total j/o move. 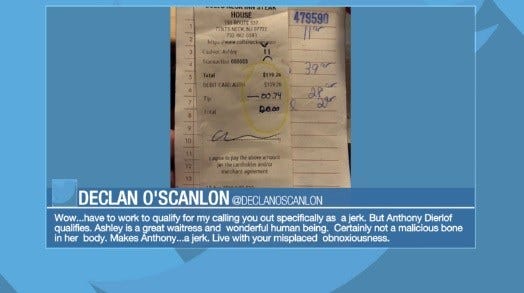 A lawmaker in Monmouth County is being criticized after calling someone on Twitter a ‘jerk’ for leaving a 74-cent tip on a bill over $100.

The guy posted the full receipt including his name and last four credit card digits.

While I agree that the tipper was a jerk/cheap bastard/whatever you want to call him, that IS an invasion of privacy.

Yes, the customer is a jerk, but this is disproportional level of social justice. We have people who steal and rob, and we are focusing on a bad tipper? People who eat and flee (not pay) do not even get this level of hatred against them.

I’ll play devils advocate. What did the server do to make this guy leave such a shitty tip? Maybe the server did something so outrageous that they are lucky to have a few cents and didn’t lose their job. Think about it. We don’t know the other side of the story.

I see no “justice” component here. All I see are facts being put on display. Since when is being a d*uche covered under HIPPA? Just yet another point of view.

For me the distinction is that it’s one thing for the waitress or management to expose the customer because the “business” was exchanged between those two parties. For a 3rd unrelated party to pick up someone else’s receipt I think is a violation of privacy, again in my opinion.

The lawmaker used his public twitter account where his cover picture had his senate credentials prominently displayed and where he had thousands of followers, to call a citizen out on tipping practices. Poor form.

Here is the customer’s side of the story. 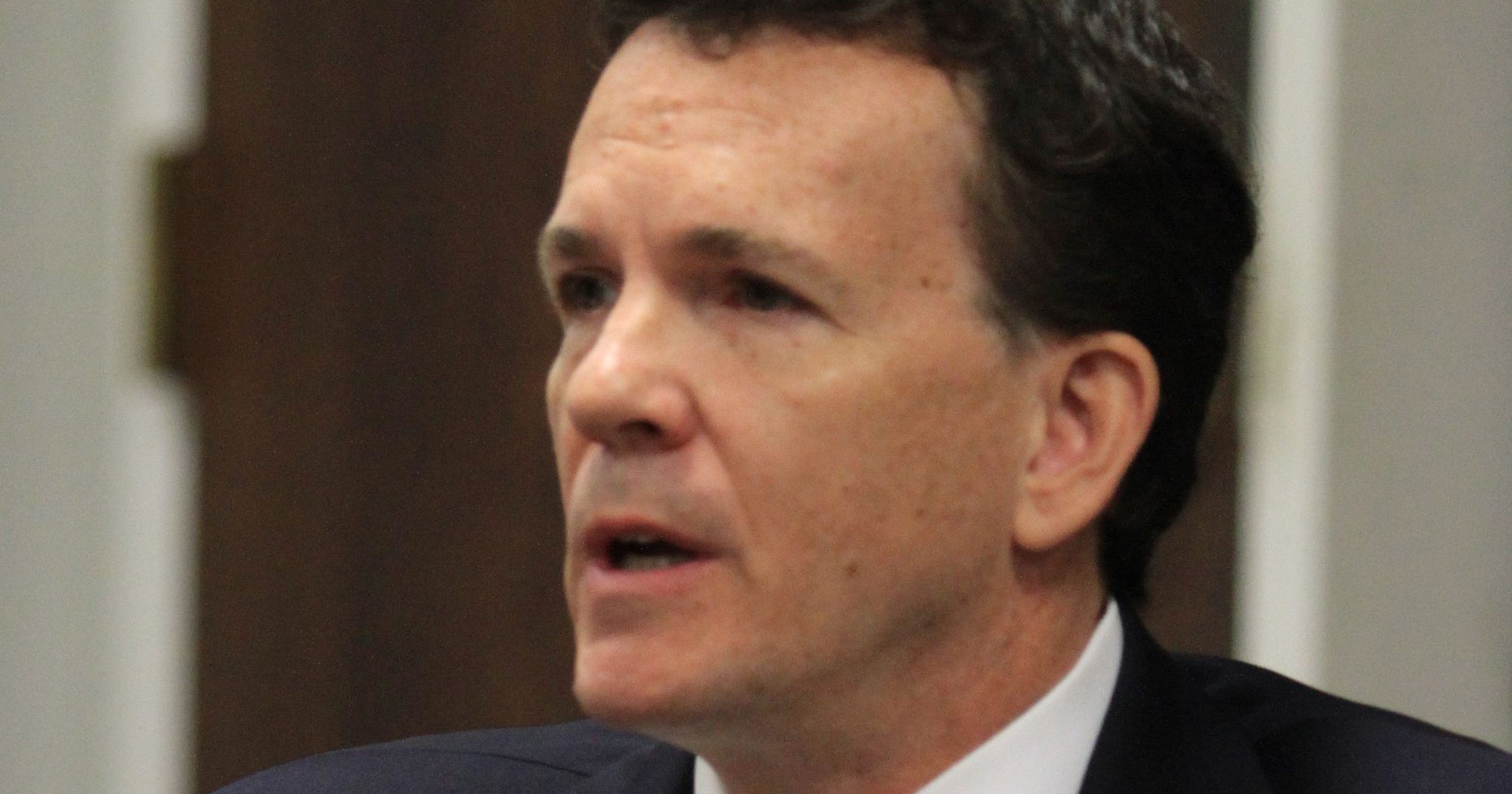 NJ lawmaker shamed his 74-cent tip, now he's talking to a lawyer and...

It was the last night of vacation and he says the service was bad so he left a 74-cent tip. Then a state lawmaker got angry and took to Twitter.

attention seeming from a politician? Shocking!!

I find that if I don’t want to see something plastered all over the Internet I will be sure to destroy it. And we don’t seem to have an entitled jerk on our hands - just someone who should appreciate the work done by others.

And, yes, Declan displayed very poor judgement. But he’s Just following the example providedt by our glorious leader. The only real difference is that he was reporting actual facts.

I worked a large private birthday party at a wine bar last night. Owners contract was for menu prices of everything consumed with tip to be additional. Yeah, you got it. Bill was almost $1500 and the cash tip left (with lots of thank yous for the great service) was $40!!

The people who threw the party are coming back today to pick up all their gifts,etc. I’m hoping they will be asked if they thought the tip was included in the bill. I saw the check and it was detailed with an open tip line before the total. The owner wants to ask if they weren’t satisfied with the service, but there was zero evidence of that, so I’m hoping he takes the less confrontational approach. I’m thinking they were each a bottle of wine in by the end and weren’t paying attention to what the check really said.

Wow. Call me crazy, but a private party of more than 6 people (with so many gifts that they have to come back the next day, I’m guessing it was a larger number) says to me that a minimum X% tip should be included in the contract/reservation! And (over-) drinking is the main reason!

Since when is the coltsneck inn a steakhouse?

The owner has found that patties like that tend to tip more when the % isn’t fixed up front. But… it apparently was a case of too much drink since they emailed an apology (all on their own) and came in with what did amount to 21%. All’s good.

New York Times rule is a commonsense rule of ethical conduct that a person should not do anything arguably newsworthy in public or in private that one would mind having reported on the front page of a major newspaper.

Or in this modern age, maybe pay in anonymous cash if you want to tip terribly and remain anonymous. I believe that the guy had lousy service, but I also believe one should speak to a manager (or directly to the server) and express one’s dissatisfaction before leaving less than 1% and slinking off.

ETA Did not mean to reply specifically to Midlife - hit the quote button by accident.

Well as I suspected, there is a lawsuit coming! Stay tuned for more details… 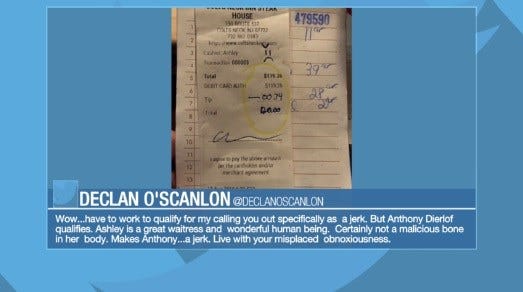 Published reports say a restaurant patron is considering suing a lawmaker in Monmouth County who called him a 'jerk' on Twitter.

Leave 10% if you are that upset but to do this is a total j/o move.

Shouldn’t there be some threshold that justifies a 0 tip?

Sure, for me it would have to be something the server did deliberately to ruin out experience. Like literally if I saw them spit in or tamper with our food, then certainly. However the truth is many times service issues aren’t really the servers fault, it can be, but if a server is in the weeds then an on floor manager should be overseeing things.

So for me to completely stiff a server it would have to be an egregious offense on their behalf. Otherwise I seriously would still leave 15% - I’m not even sure I’ve ever just tipped 10% when pissed off.

I hate the tipping system…