Planted my first seeds yesterday! 3 kinds of head lettuce, 2 kinds of radish, mixed salad greens and arugula. I plant the seeds in between the tulips and alliums as my space is small. So now I watch every day to see those exciting first bits breaking thru the soil. I’m in ct so I guess further south people are more advanced with their planting.

Seeds for tomatoes sowed indoors on 15 March, one of these days, need to transfer to bigger space. Around 75 of them. Finally that will need to be reduced to 40.

Fava beans sowed around 15 Feb, no flowers yet, about 20 plants.

3 kinds of head lettuce, 2 kinds of radish, mixed salad greens and arugula. I plant the seeds in between the tulips and alliums as my space is small.

I give up on salad greens or arugula, slugs and bugs snacked on those too merrily. I already have enough trouble with cats attacking my strawberries.

I never have much luck with radish, any tips?

I have raised beds maybe that helps with radishes. Slugs not too bad, again maybe the raised beds help. There are roving woodchucks that are sometimes dumb enough to come into the yard under the fence but the dog loves to chase and corner them (thankfully doesn’t eat them just circles and barks). So far the dumb bunnies have escaped back under the fence. I don’t have full sun, large trees, so that actually works well for lettuces.

I started herbs and peppers under lights a couple of months ago but I’m waiting for a big landscaping project to be completed before I plant anything outside. It’s a little early for us anyway - I usually don’t fully trust the weather until May 1.

I started hardening off a couple of days ago and hope to get everyone outside full time in a week or so. Slugs are not a problem on the fifth floor, but aphids and cabbage worms manage to find us, unfortunately. 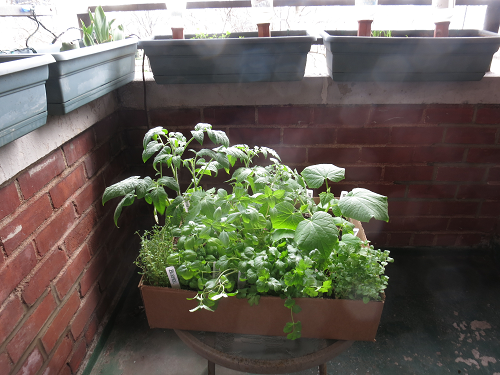 I generally have terrible luck with root vegetables. It pains me.

I’m not south but in N Cal, and usually have something going year round, like garlic and shallots from fall. The latest emerging stuff includes potatoes and onions, and my tomato and pepper seedlings are about to move out of the garage into their “forever homes”. May 1st here as well.
Peppers 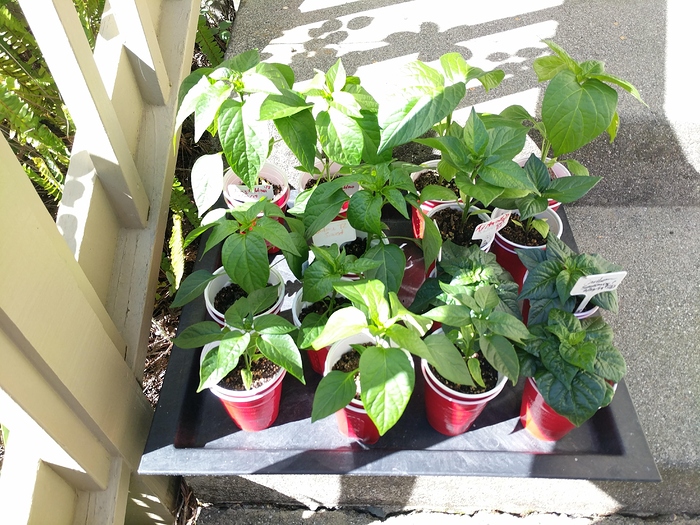 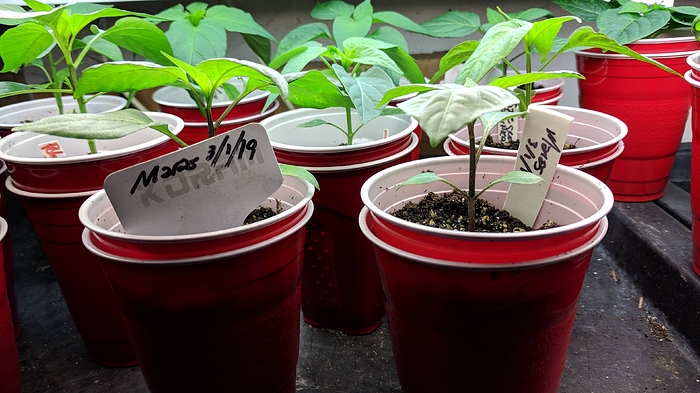 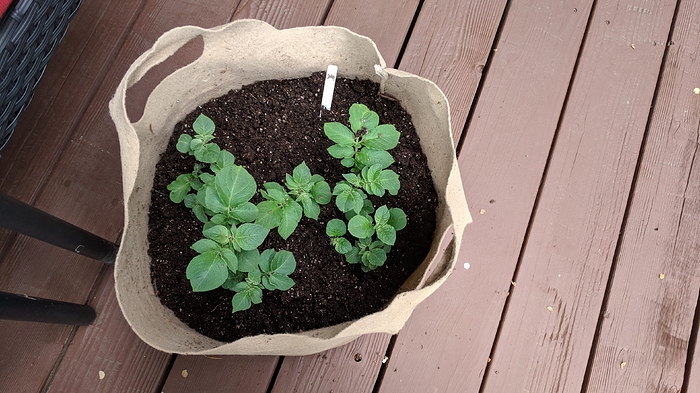 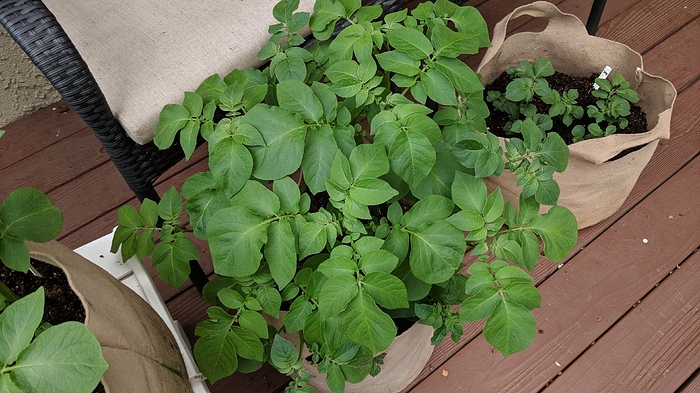 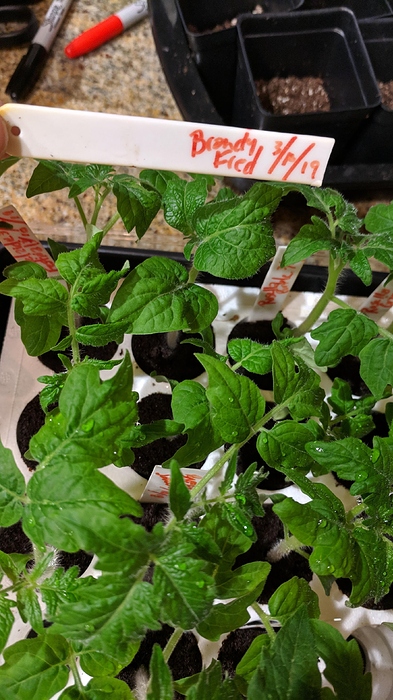 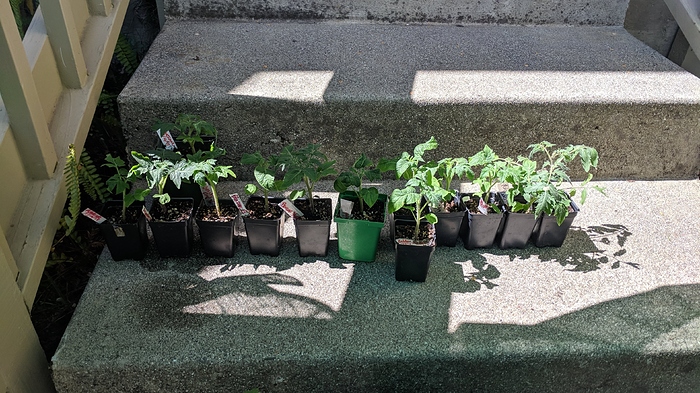 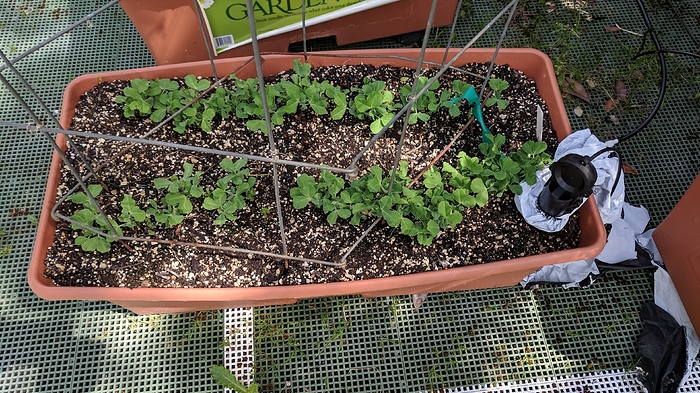 I’m a bit behind. Put in 55 onion starts with a few more to go in the ground. Peas and lettuce seeds direct sown, need to get the chard and beet seeds planted. Sweet and Campeon peppers ordered from the nursery–should be ready to harden off early May. I’ll buy tomato plants at the $1 sale.

Wow! 55 onions! From seed or sets? I am fine with shallots from sets, but terrible with onions from seed. What kind of onions?

Yes, and more to get into the ground planted from sets. A red onion variety whose name escapes me and Patterson Hybrid which is a yellow sweet onion. Fingers crossed!

This is pretty cool … has anyone here grafted trees?
https://www.wideopeneats.com/tree-of-40-fruit/?fbclid=IwAR2uZAhZzOvEeWReLE72lE3XC_MmIxP3N472vaH7qacGDoQxGbWCWJn7ggI#?utm_source=facebook&utm_medium=buffer&utm_term=wopfeed&utm_campaign=wopfeed

Over the years, I’ve grafted a bunch of trees, mostly apple. One issue with grafting a bunch of varieties on one tree is you get more disease issues, since some are more disease prone than others. Also, slower growing types tend to get aborted over time. Stone fruits are easier that way. I’m hoping to graft an apple that’s almost gone, next spring; it’s about 100 years old, by most accounts. The main trunk died, but a promising sucker has sprouted, hopefully above any graft union.

More grafted tomatoes are healing up, to be planted in a few weeks. 47 of 48 grafts took hold, so i’m happy about that. Last year, the rains killed non-grafted plants (about 12) by late July, but the grafted ones kept going until Oct., same varieties.

This year, an almost extinct heirloom is the only one planned, for pure seed: Mary Anne Billera’s Super Italian Plum, a.k.a. “Billera”. I haven’t found a better tasting tomato, at least for my palate. Maybe some Italian genes are at work; “real, old-fashioned tomato flavor” means the tomatoes are not just sweet, without acidity. Not only is that dangerous to process without adding acid (e.g. citric), the flavors of really sweet ones are unbalanced without a bit of tart. The Bilera seed originally was from an Italian great grandmother, back in the 1970s, so you know it’s old fashioned…and delicious! 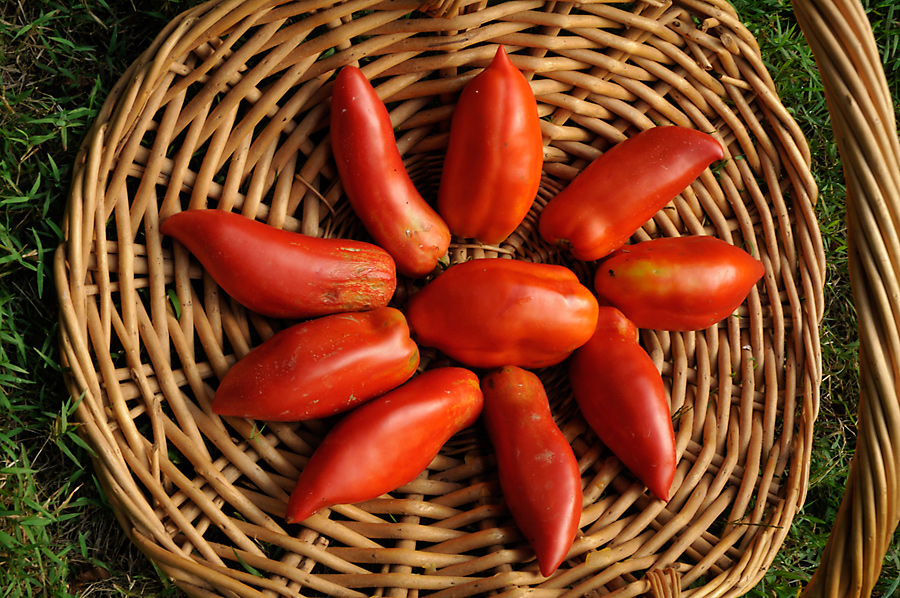 May I ask where you live?

Have 4 artichokes growing from two plants! 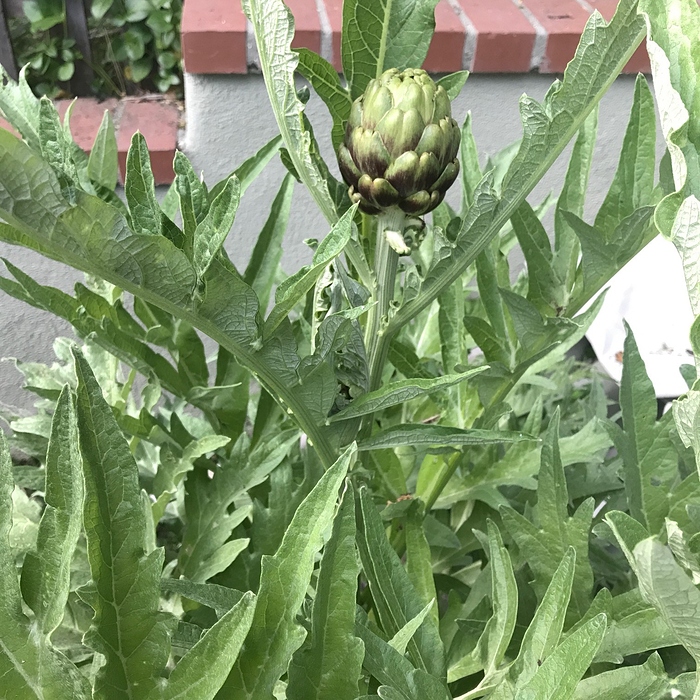 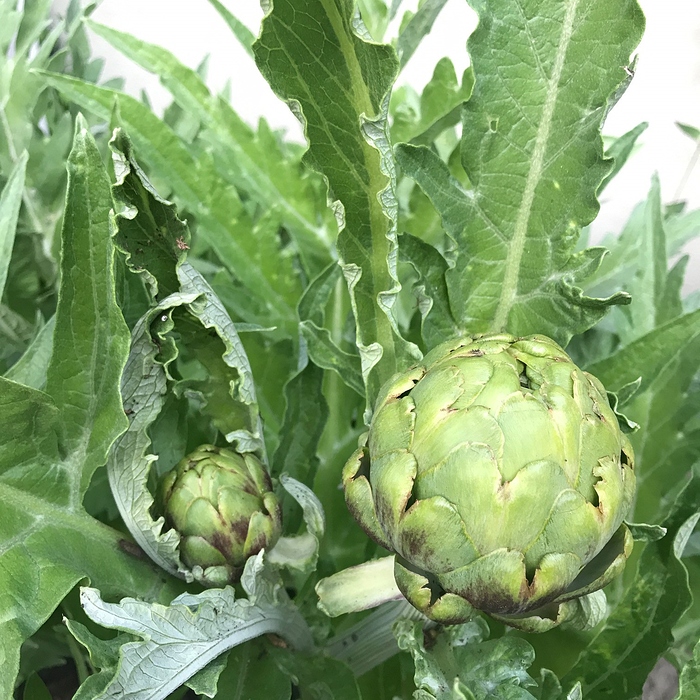 And, these fennel have been growing like crazy. They were started last year from a spare seed packed my sister had. I tossed some seeds in an old barrel planter and left them. They were small last year, but this year the bulbs are good size and the fronds are huge. 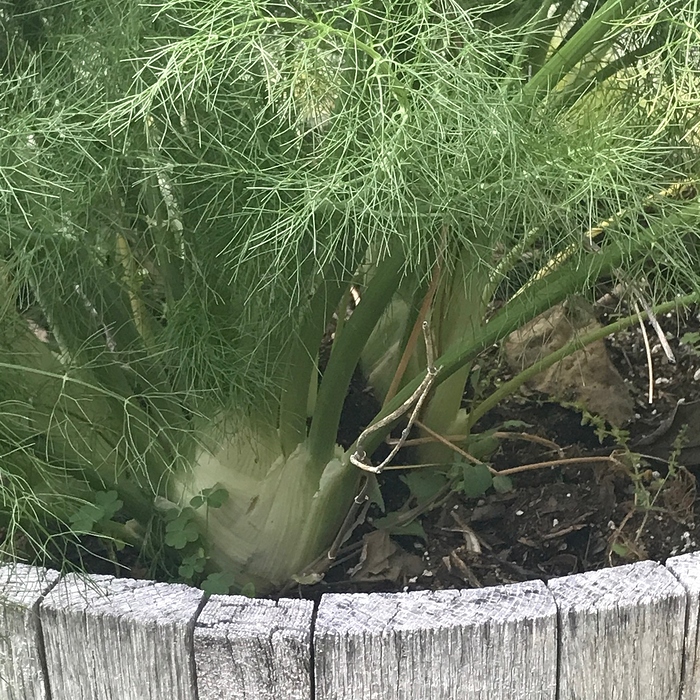 Have you ever eaten the green seeds that form on the fronds? Right off the stalk, I mean. So delicious!

By “left them” do you mean you didn’t harvest the bulbs last year, and they’ve grown in size? I buy the bulbs, but I’d grow some for the fresh green seeds which I’ve never seen in markets.

Does anyone have tips on growing lemongrass?

I’ve coaxed roots and new shoots out of some stalks I had bought, but I’m scared to plant them in soil, because in the past they have been fine in water but died when I moved them.

Have you ever eaten the green seeds that form on the fronds? Right off the stalk, I mean. So delicious!

Last year I let these same plants to to seed - but I waited for them to be dry and then used them just like store bought fennel/anise seeds.

By “left them” do you mean you didn’t harvest the bulbs last year, and they’ve grown in size? I buy the bulbs, but I’d grow some for the fresh green seeds which I’ve never seen in markets.

Yes - did not harvest the bulbs last year and this year they are much bigger. DH harvested one last weekend by pulling the whole root out…but I suspect if the bulb was cut off and the root left in the ground, it might re-grow?