So I’m going to take a different angle on this …

I’ve posted about my CSA experience on the Boston board and I’m doing the CSA again this year. But this year I’m focusing on “putting up” as much each week as possible to reduce the stress of eating it all every week.

To that effect I’m going to post what’s left from the previous week (instead of what I get each week) in the hopes someone can help me come up with preserving strategies (freezing,pickling,etc) - before I - the horror - give up on them and throw them out.

(While I could normally eat what’s left, with a CSA a whole new full basket shows up each week so there just is no way to catch up - bring on the shaming I’m ready).

So here is what’s left after week one - some bok Choy, some lettuce, some kale, some rhubarb.

The rhubarb I think I’m going to cook down into a compote. Has anyone frozen kale to use later in a soup/beans? 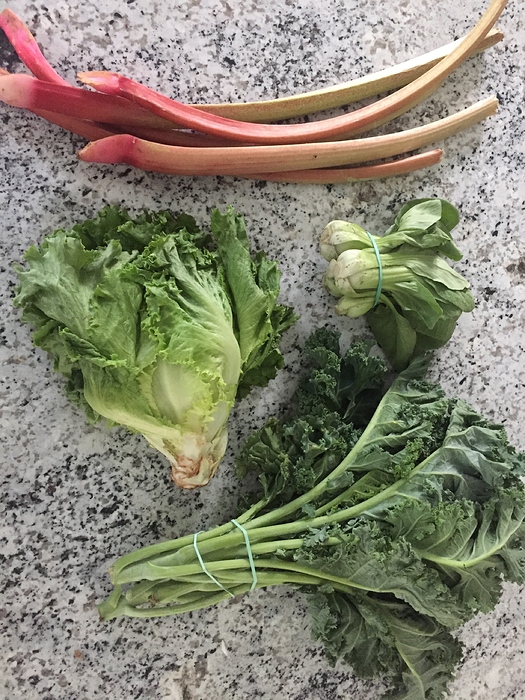 Has anyone frozen kale to use later in a soup/beans?

I have not. But in my area they sell frozen greens of all sorts and they work well in soup. I recall being instructed to blanch leafy greens before freezing when I took classes on preserving a while back.

Do you have a food dehydrator? Mine was very helpful in reducing waste when I was a CSA member.

This is a great topic!

I don’t have a dehydrator… that’s a good idea though. Someone suggested making beet chips (the first two rounds of beets went to pickling). I wonder if I could dry the kale in a low oven?

Break out the Fuchsia Dunlop book and pickle the boy choy for Jiangnan cuisine.

Koreans usually use napa cabbage to make kimchi, I wonder if you can do the same with bok choy.

I had tried freezing chard per Bon Appetit.

Rhubarb and beetroots can be pickled or “kimchied”, if you like kimchi. Beetroot Sauerkraut is also possible if you don’t eat kimchi. People tend to use rhubarb in sweet things but I don’t have a sweet tooth so I use it in savoury food. The sharp and refreshing sourness is too good to be drenched in kilos of sugar!

Risotto
Dumplings (Austrian-style), or gnocci.
Sauerkraut
Puree, add to hummus or thick yogurt as a dip.
Felafel
Boil to obtain the liquid if you want to give some food a striking colour.
Goes well with sharp cheeses, (smoked) fish, cream.
Soups

I had stir-fried lettuce in China, with lots of garlic. It was nice. Chinese don’t eat salads so stir-frying things we eat as salad is OK in China.

dry the kale in a low oven

What is your lowest oven setting? Dehydrators are around 140 F IIRC. Even with greens it still takes a bit of time.

I wonder if I could dry the kale in a low oven?

Sure, just keep an eye on it.

Kale chips.
My kale hating anti green vegetable picky eater mother ate half the pan first time i made them.
Use whatever oil, i like olive oil and some nutritional yeast and salt.
This recipe is a good basic, they should be dry to the touch and need space on the tray. Might take longer, just check towards the end burnt edges aren’t tasty 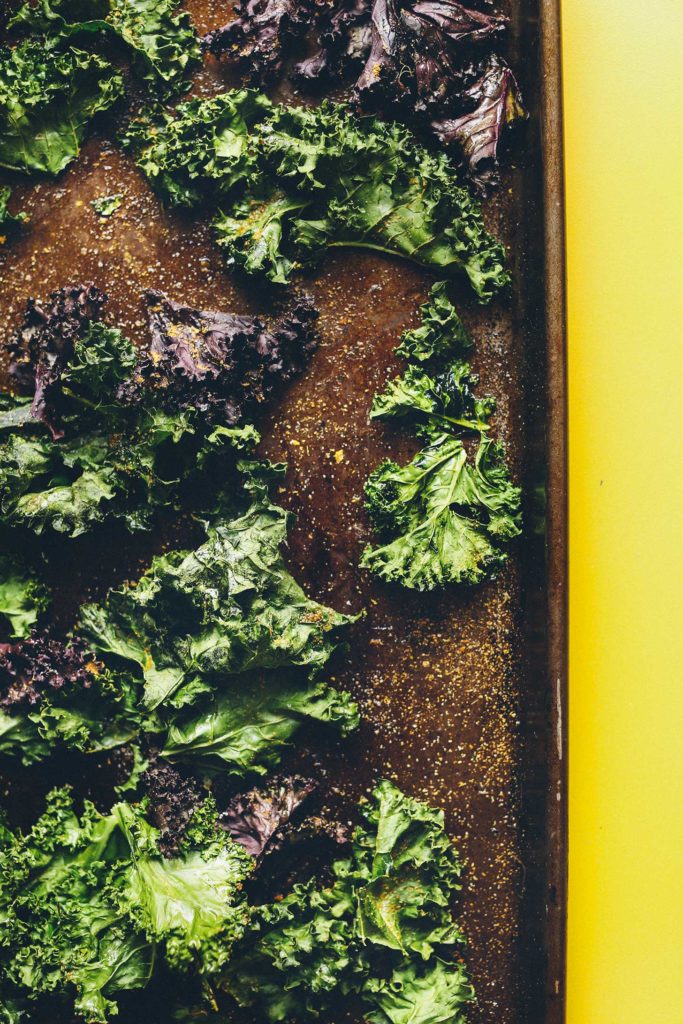 For the lettuce you can do something more fun than salad and use for salad cups or wraps the way you wrap grilled meat and tasty stuff together for korean ssam meals. Well, breakfast salads are now A Thing, so you could give that a go too- basically salad plus an egg, this one could be worthwhile 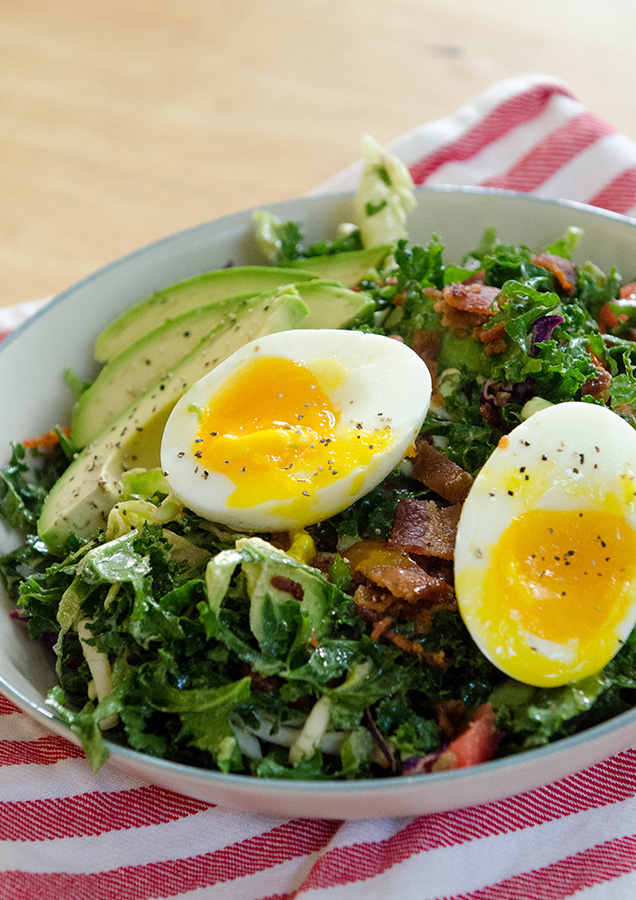 So I've been meaning to tell you...I've been eating salad for breakfast.  It's true. I wrote an entire post with my best breakfast salad tips and tricks over here.The truth is, I've never been a

The bok choy you can use to make a bit of fresh kimchi, it’s not fermented and a rather quick recipe 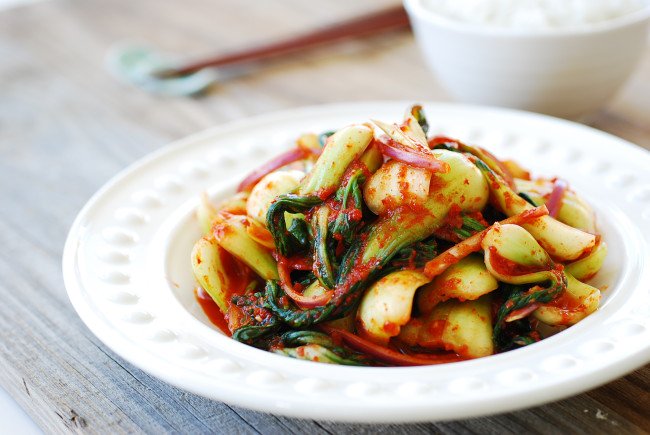 A quick and easy kimchi salad recipe when you need to whip up a kimchi substitute or want fresh kimchi.

Again, I’m having trouble getting through everything each week, so I’m hoping for ways to preserve them for . . . . months? Until fall? Until the CSA ends and no new baskets keep showing up each week!

My conclusion from last year is that CSA’s are a lot of work if you don’t have a large household! It’s a “first world problem” for sure, but one I’m dealing with none the less.

Rhubarb freezes nicely if you plan to cook it later. I cut it into pie-sized chunks and freeze it in portions large enough for a pie, then make pie later in the year. PIE PIE PIE.

When I’m overwhelmed with kale, I usually cook it down with broth, and maybe some onion and/or carrots, then freeze in pint containers. It comes in handy for soups or a simple side dish.

I agree with other commentators about the bok choy, it makes a nice kimchee and is very easy to do. Pack it in a mason jar, let it ferment for a couple days, then refrigerate. It lasts for months.

Here is a starter recipe to play around with, you can use it for lots of different cabbages. (Bok choy is a cabbage.)

I love citrus, so I often get overwhelmed during the seasons. My neighbors share, I stop and knock on strangers’ doors when I see a beautiful tree, I have my CSA, plus the farmers’ markets! 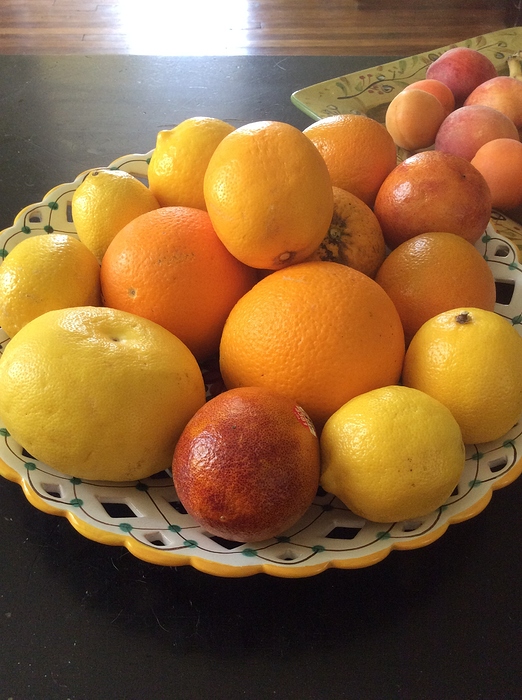 So, any ideas other than freezing the juice? I make preserved lemons, and have been considering a limoncello. Has anyone ever done that?

I have made both limoncello and “orange-cello”. They are both very easy and darn tasty.

Essentially all you do is use the peel (no pith) and submerge then in vodka (lots of recipes call for high proof alcohol but it isn’t easy to buy everywhere). I leave them for 4 weeks for so. Then I do strain through a coffee filter. When you don’t, there are particles that separate out over time but no one cares if you don’t filter.

Then add simple syrup to sweeten to your liking. Letting it sit longer after adding the sugar does help it all mellow a little. For high proof batches I’ve seen recipes call for as much as 2:1 syrup to vodka. That is sweet for me but YMMV. I’m more of a 1:1 but for lower proof batches I have done 1:2. So you just have to play with it.

You can do this with almost any fruit or berry. Raspberry vodka (no sugar added) is one of my favorites.

And I love frozen raspberries in vodka with a dash of pomegranate juice, so your raspberry suggestion is very intriguing. 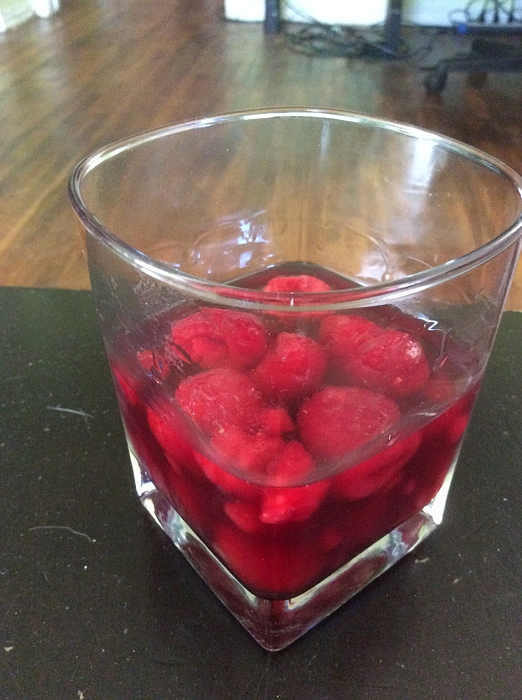 The kale chips do need to be eaten within a few days- which is seriously not going to be a problem! They’re light and fluffy crunchy like chips- nothing like eating a big bowl of wilted kale.
As other have already said it will certainly freeze just fine too, i would just take off the stem and blanch it first.

Oh! Kale pesto! Nobody mentioned that.? You can use it for pesto , like half kale and half basil and then you could freeze the pesto.

Marmalade and lemon curd. Lemon bars (or whatever mixed citrus), those freeze well. You can do candied peels although that’s a legit project. And might as well use some for ceviches.

It’s extremely important that the kale is evenly dry, or else parts will char before the damp pieces dry enough. Use a salad spinner. A mesh cookie rack on the sheet pan during oven drying helps, too, but you need to have the pieces large enough not to fall through.

A mesh cookie rack on the sheet pan during oven drying helps, too, but you need to have the pieces large enough not to fall through.

… and it does shrink considerably as it dries!