2 stainless stock pots- one has terrible heat conductivity. Why? Looking for a good value replacement.

I had never given the slow heating much thought because I always cook like 7" of water in that pot for a big pot of oatmeal. So the slow heating was previously attributed to just the large volume of water that needed to be heated. Recently, in order to speed up the oatmeal cooking, I heat water in both SS stockpots simultaneously, so that I could combine them when they both started boiling.

The other stockpot was a stainless Cuisinart.

So I just eyeballed about the same amount of water for each pot and started heating. The Cuisinart was done a few minutes after. Wanting to speed up even further, I poured perhaps one third of the water from the no-name pot into the Cuisinart and let them continue heating.

Well, that was a waste of gas I thought, by the no-name pot, not just this time, but many times over the years. I asked the wife and the no-name pot was a cheapo pot.

The question is, if they are both stainless steel, what could cause them to deviate so wildly in conductivity? Nickel content? My Cuisinart has a bunch of crap at the bottom so I can’t read the engraving unless I scrub the pot clean. But I am fairly sure its a 18/10. The no-name pot probably has no nickel. Any other factors? The no-name pot is fairly light. Though the Cuisinart is not much heavier. With that said, the Cuisinart is shorter, but wider by maybe an inch or 1.5" in diameter. Maybe that makes a difference too in ‘capturing’ more heat from the gas with the larger bottom surface area?

I am trying to understand the factors that causes its terrible heat conductivity so I can get a replacement that performs better.

Now the background is out of the way, what is the stock pot product line out there in your opinion that achieves the best tradeoff of great heat conductivity and price? I don’t need looks for the pot since all I do is boil water/ soup in there. Ugly/ food service is fine. I will figure out the needed size later. Thanks!

The question is, if they are both stainless steel, what could cause them to deviate so wildly in conductivity?

That is unusual. Assuming your two stoves are not strangely different, then the two pots are indeed acting very different. Not I don’t think the nickel context can explain something so different. I am guessing it has more to do with the Cuisinart able to capture more heat with the larger diameter. One thing odd about many cheaper gas stoves is that…as you increase more gas, the gas get more powerful, but the gas ring also get larger. A pot with a smaller diameter will not able to capture as much heat at high heat setting. 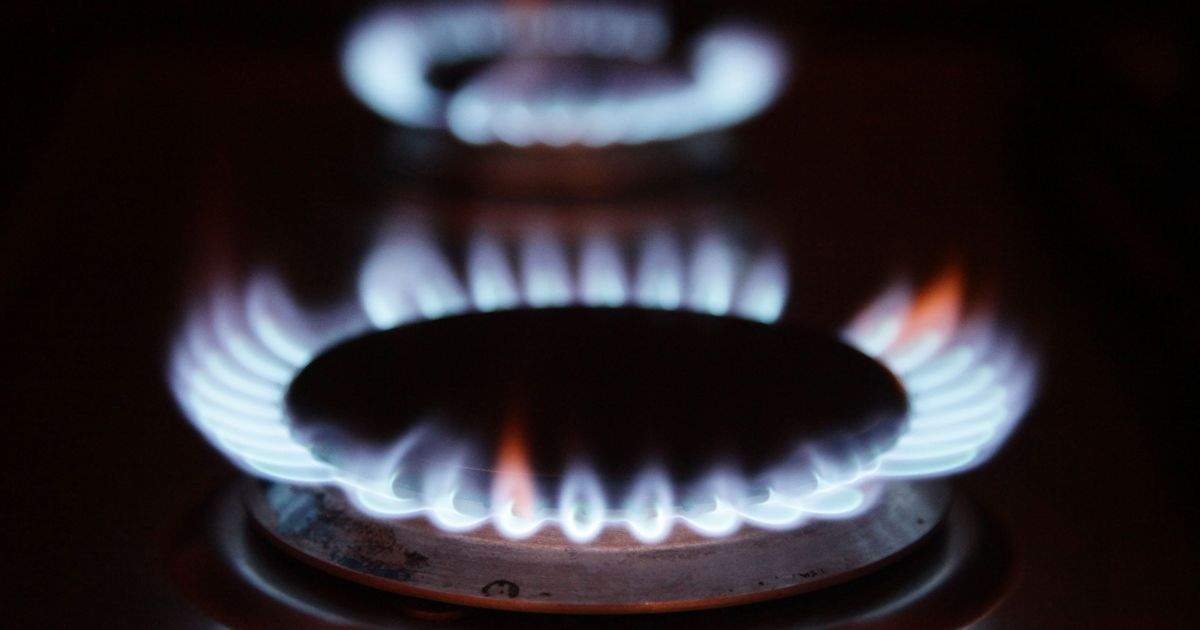 That being said, I am also surprised too because typically a stock pot has a very wide base. How large is your no-name stock pot? What is the diameter. It is much larger than the gas ring, right?

The two burners are the same size and the fires look the same size to my naked eye. So I don’t think there is a material difference in the heat generated. The stove was an antique Wedgewood.

Both pots completely cover the fire with space to spare. 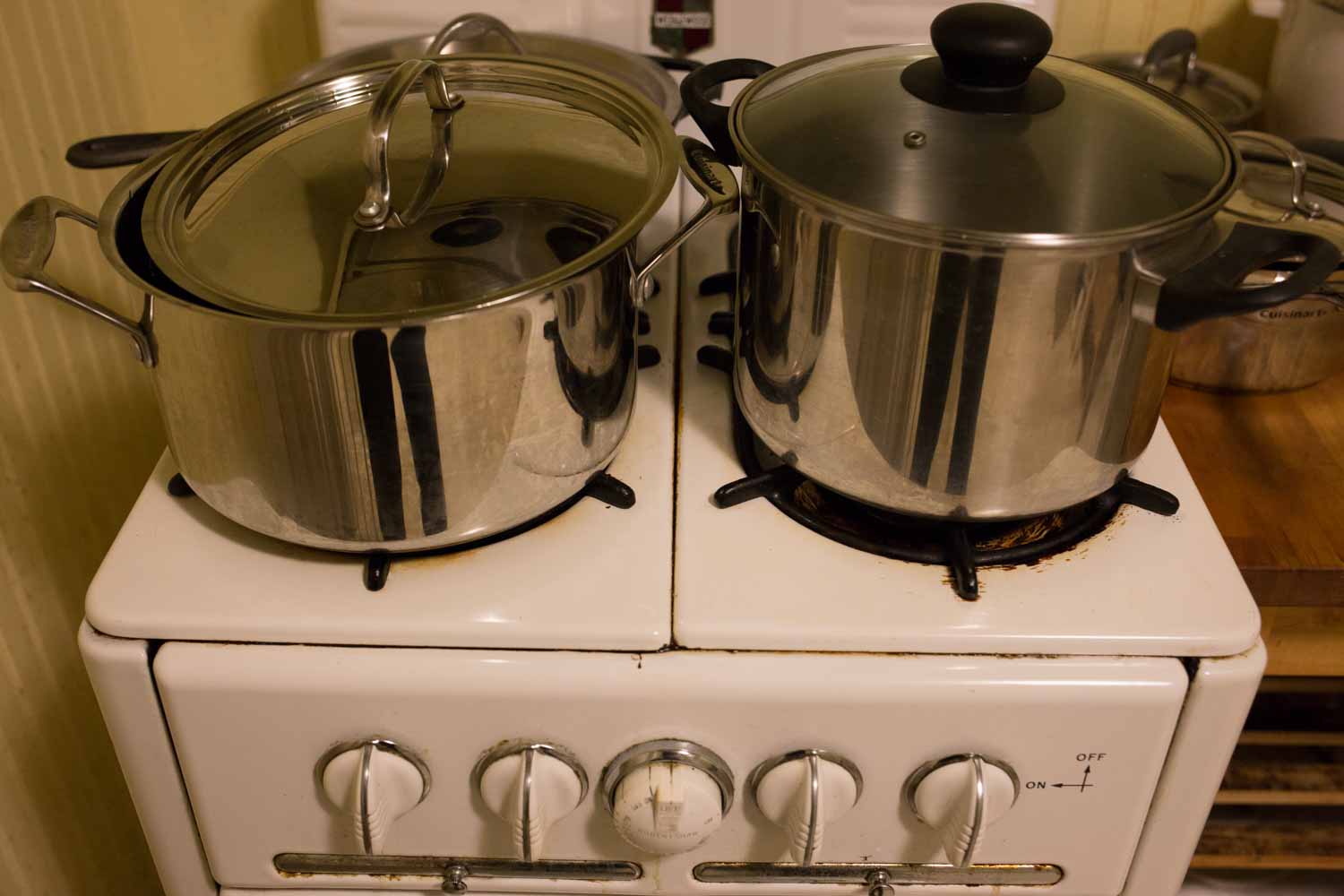 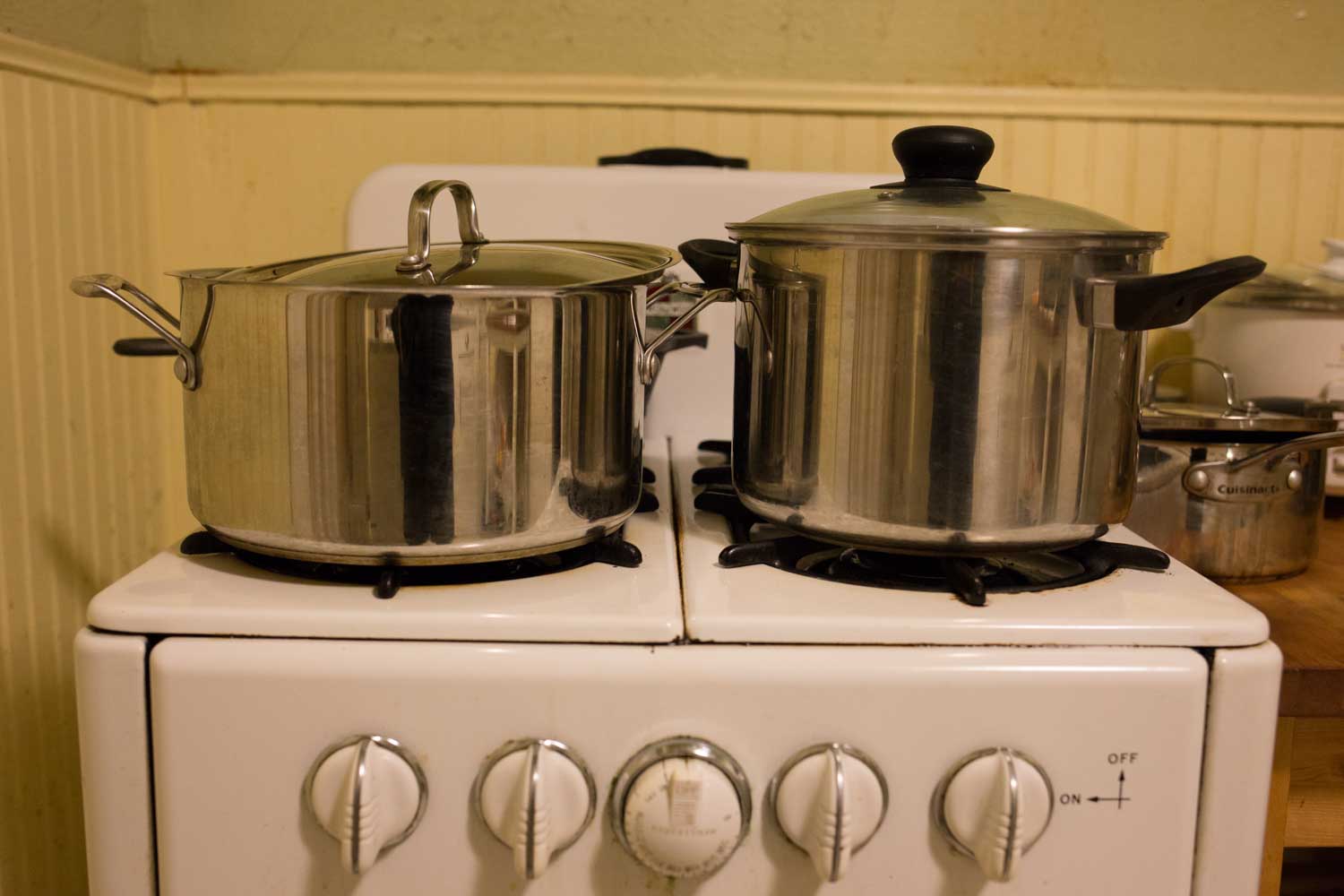 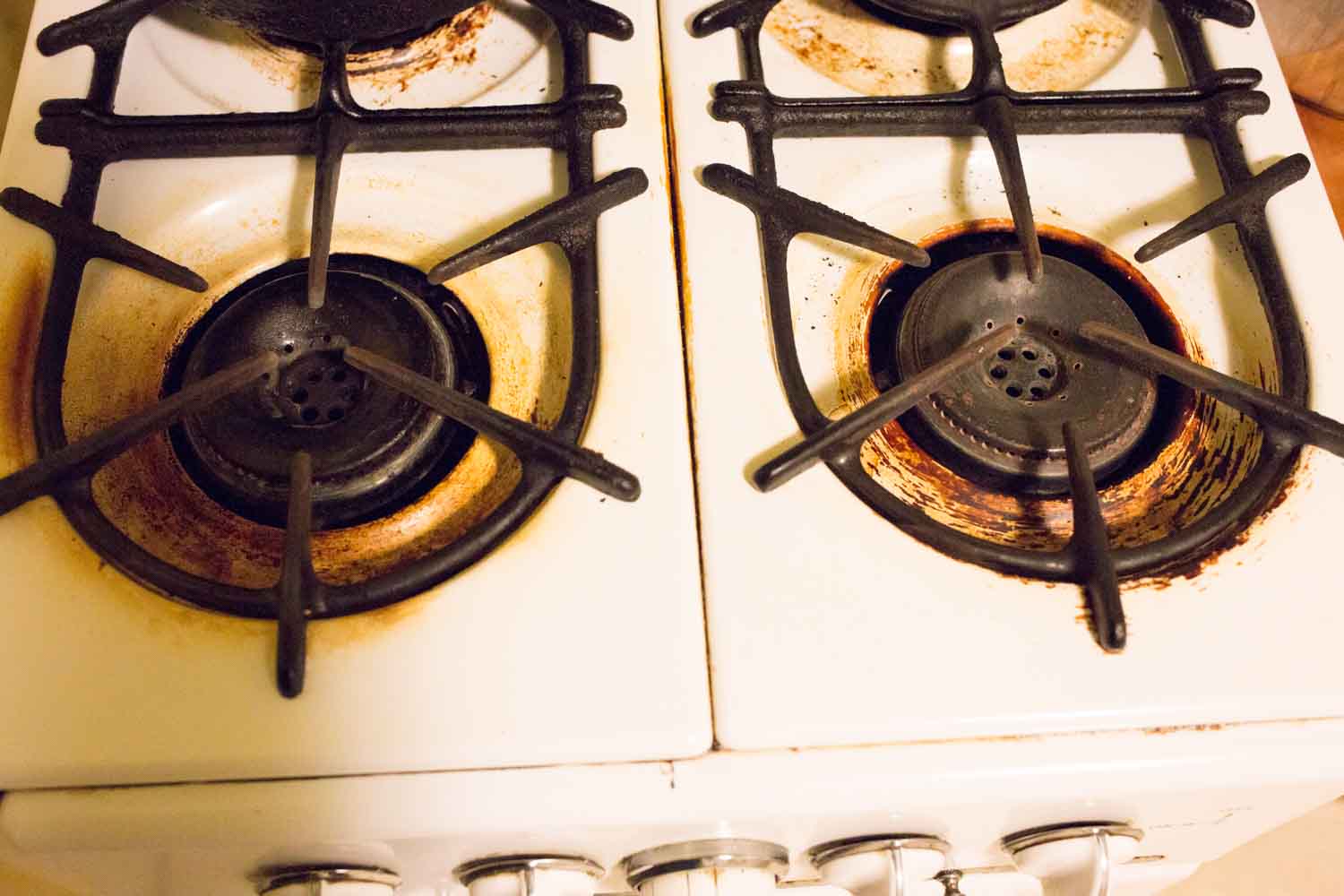 Your Cuisinart is a disc-bottom cladded cookware. I cannot be sure about the no-name one. I suppose one possibility is that the no-name pot has been abused and the cladded material has been separated… that would greatly reduced the heat conduction, but that is just a guess.

the fires look the same size to my naked eye

To make sure that it’s not the problem of the stove, maybe you should test the two pots on the same fire with the same amount of water and time it. Do it on both fire to be sure.

This is interesting… Perhaps your Cuisinart has a copper core?

To make sure that it’s not the problem of the stove, maybe you should test the two pots on the same fire with the same amount of water and time it. Do it on both fire to be sure