Yumi Hot Pot & Sushi just opened in Davis Square (where the Pinkberry used to be).

Also, Davis is getting a new Japanese restaurant called Sugidama. It’ll be in the old Bedford Research offices near Orange Leaf and Davis Square Family Practice. Most likely won’t open until early next year.

Yumi Hot Pot & Sushi just opened in Davis Square (where the Pinkberry used to be).

I was going to go on Saturday, but the prices put me off. You only get one broth, their house broth. The meat’s $10-$20, veggies are $3-5 each, and their selections aren’t very interesting. For hot pot, I’d much rather go to Little Q down the street. Sushi looks like the same sort of Korean sushi you’ll find at Yoshi or Genki Ya. 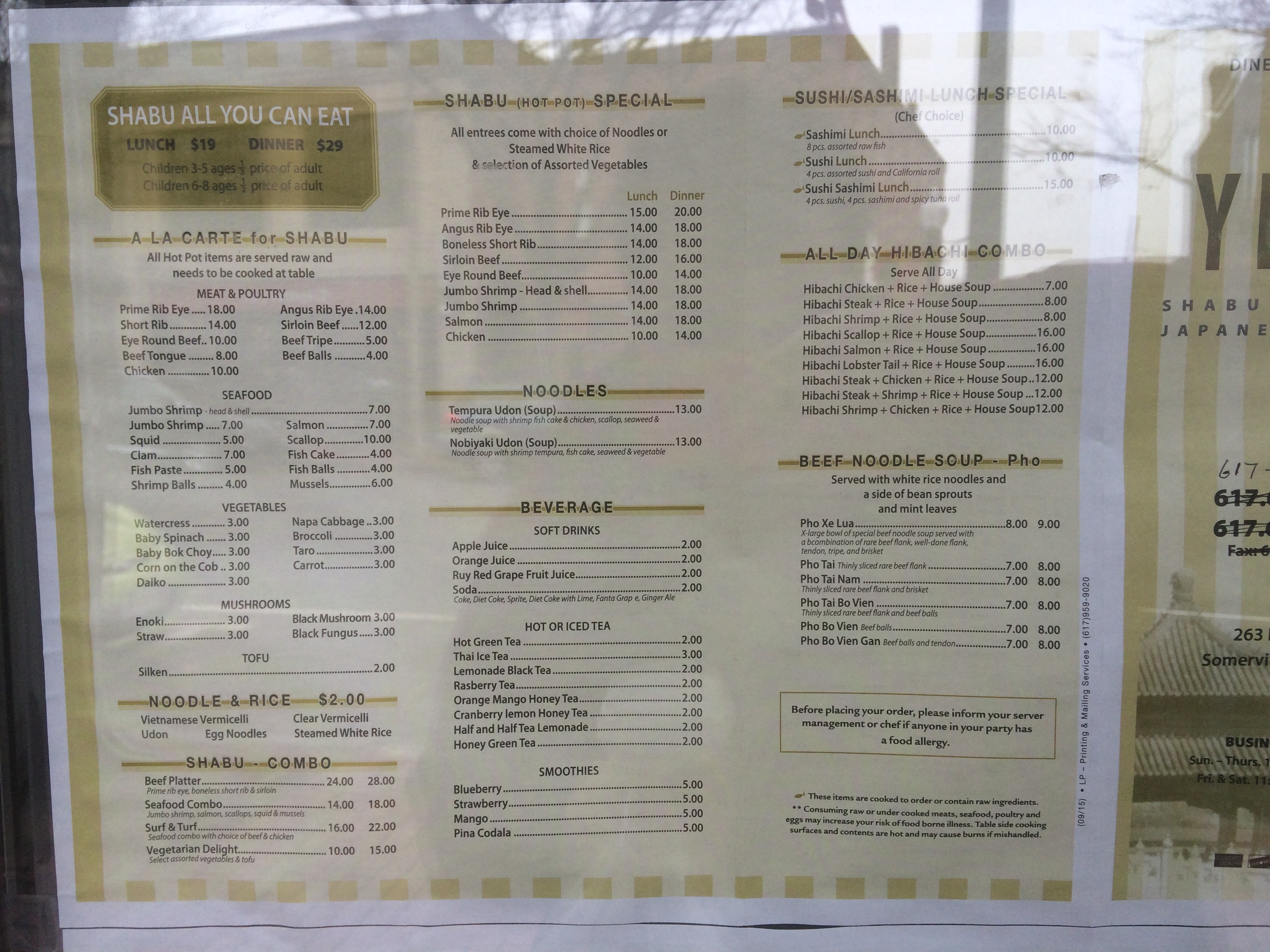 That’s a bit steep for something you cook yourself. That’s the gripe I sometime have for hot pot restaurants. They should be slightly cheaper than a regular restaurant since the patrons do most of the cooking.