Mezzetta Marinara is higher in sodium and sugars vs. Rao’s

The Mezzetta Napa Valley marinara I use has no added sugar… so maybe the tomatoes are sweeter.

I’m referring to the nutritional chart per serving.

And the love is viral at this point. 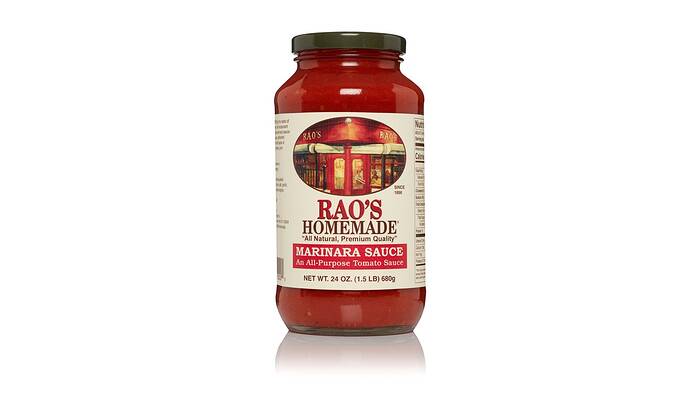 This Is the Best Jarred Pasta Sauce There Ever Was

The best jarred pasta sauce is flavorful, balanced, simple, and something we'd proud to make ourselves.

Can you share the recipe for your Rao’s clone?

One of the attributes of Rao’s sauce is the level of olive oil they use. It is that mouthfeel and the richness that reminds me of family sauce.

And the love is viral at this point.

No argument here… I like Rao’s, but equally like Mezzetta (and it is considerably cheaper where I’m at).

Rao’s is always good (generally best, but spendy). I like Victoria and also Mid’s, for more affordable options.

Out of standard grocery store products, I like the Cirio and De Cecco brands, which are imported and come in a smaller jar.

I have been working my way through the brands at Eataly and other Italian stores, the jars that cost more than $7 or $8. They do taste a lot better than the Canadian-made sauces that cost $3-$5 a jar.

I barely eat out anymore, so I’ve been splurging on things like jarred sauce, dry pasta and capers.

Just to double check… I got a jar of Rao’s this morning. To me (compared to the Mezzetta) it is too salty and disjointed. I find the Mezzetta sweeter, more balanced, and cohesive.

So… if you’re a Rao’s fan and have not tried Mezzetta, I would recommend you check it out. Cheaper… better, IMHO.

We have Rao’s in our house, but I don’t get the hype. I don’t think I could pick it out by blind taste test. I will try Mezzetta.

Of the widely available brands of canned Italian goods, I usually gravitate to Cento and Mezzetta. It is so easy to a great sauce from Cento whole San Marzanos that it never occurred to me to try Rao’s.

The Italian imports I’ve tried, DeCecco, Cirio, Nanu, regardless of price ($3-, all taste better than the $3-$5 Cdn made Classico / Prego sauces.

Rao’s marinara and vodka sauces are better than the $3-$5 Cdn grocery store sauces in my experience.

What am I missing here? Both these sauces are assessed with a 1/2 Cup serving size. The Rao’s serving contains 340mg of sodium, and the Mezzettas contains 540mg. Rao’s has 3g total carbohydrates, Mezzetta’s 7g.

Can’t explain it other than maybe the recipe is more about the taste than sodium/carb content.

The Rao’s, straight out of the jar tasted salty, and a bit too acid. The Mezzetta was sweeter (like of riper tomatoes), with less “hmmm… this isn’t quite right” in my mind, and put a bigger smile on my face.

I know our palettes can be different, so what works better for me may not for you. I can only say that if you haven’t tried it, it’s worth the 4 bucks to see if you like it as much as I do.

Rao’s, as many have already endorsed.

I will give Mezzetta’s a try, I’m curious now.

(That said, some of my family who are heavy Rao’s users tried to switch for cost to Cucina Antica… it was ok for a while, but Rao’s is back. Just buy on sale or at Costco.)

I will give Mezzetta’s a try, I’m curious now.

This is the one I’m referring to: 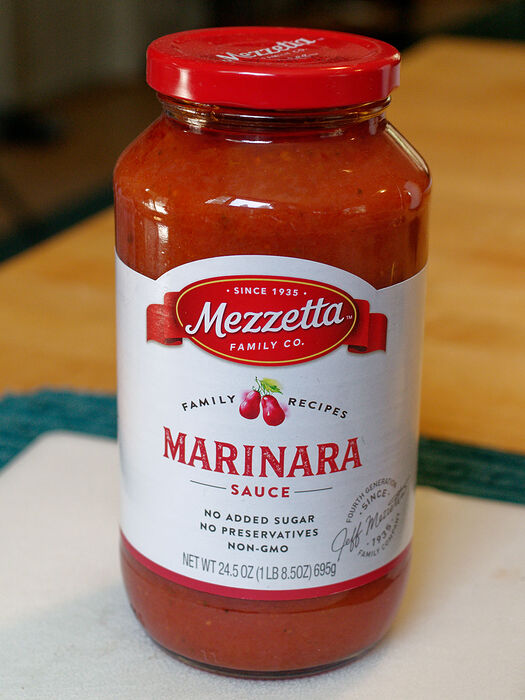