We arrived in Yinchuan yesterday. Coming from an oppressively humid 95F in Baltimore, I’m enjoying the weather here. The air is much cleaner than Beijing. Even when it’s 90F, it’s dry and there’s a cool breeze. Of course, the locals are still complaining and running for their air conditioners. (Reminds me of West Coast folks.)

Anyway, I’m going to report as much as I can. Please bare with me. It’ll often be random and might not even make sense. But I’m already starting to forget details, so I wanted to report while I’m still here. 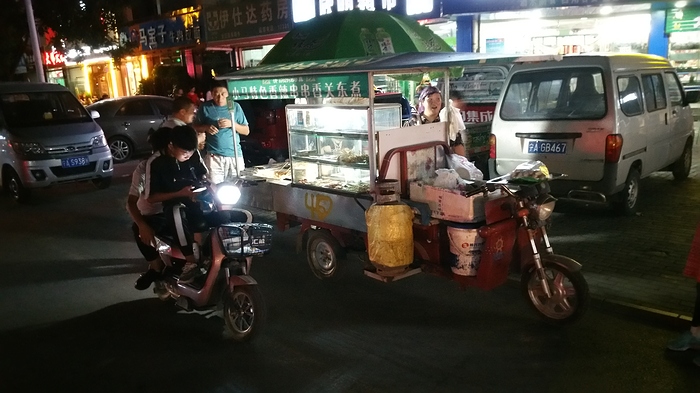 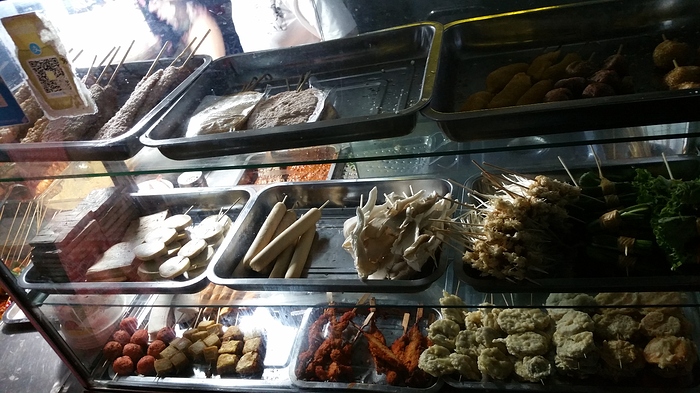 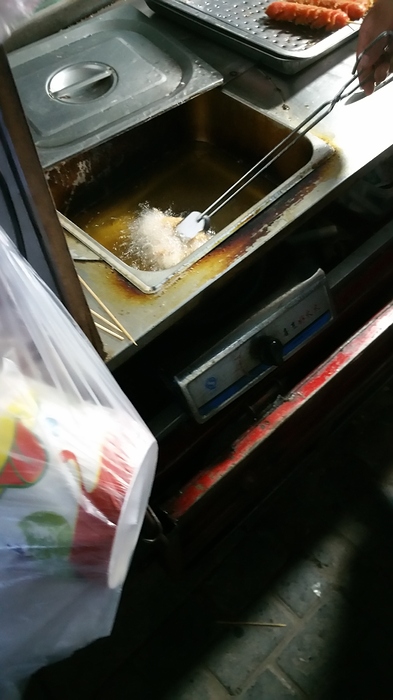 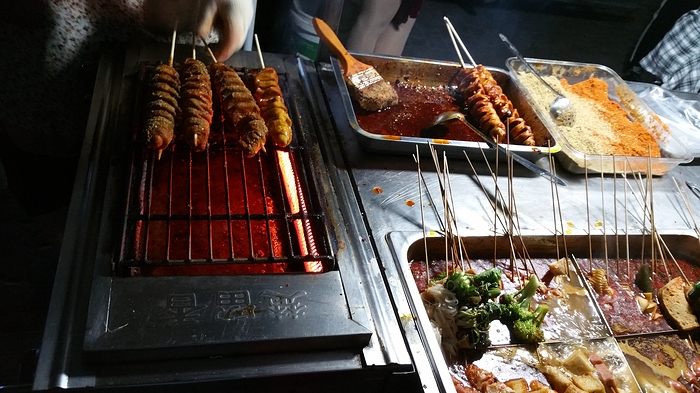 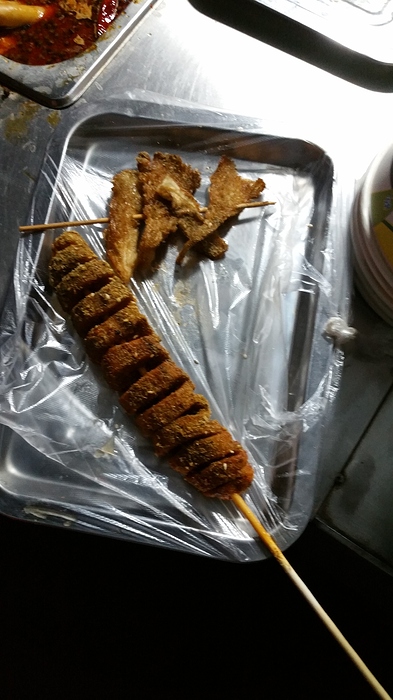 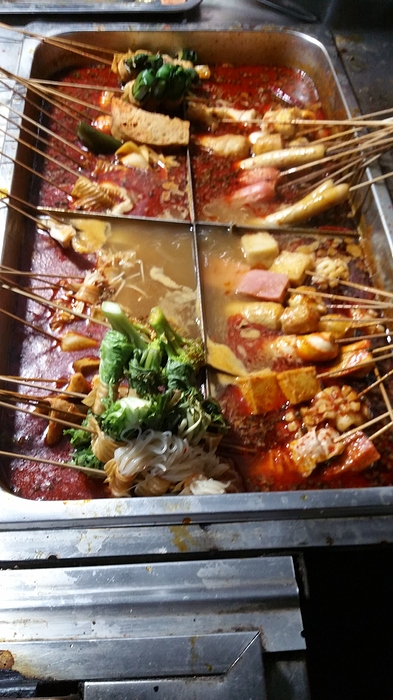 I’m still in shock at how much cheaper everything is here than the other parts of China I’ve visited. I’ve been to Zhengzhou and four other smaller cities in Henan province and none were even close. This fruit was just 4 RMB. The fresh dates are great, plums are delicious, and the apricots are phenomenal. I forgot what the small apple-like thing is called, but those were better in Beijing, as were the nectarines. 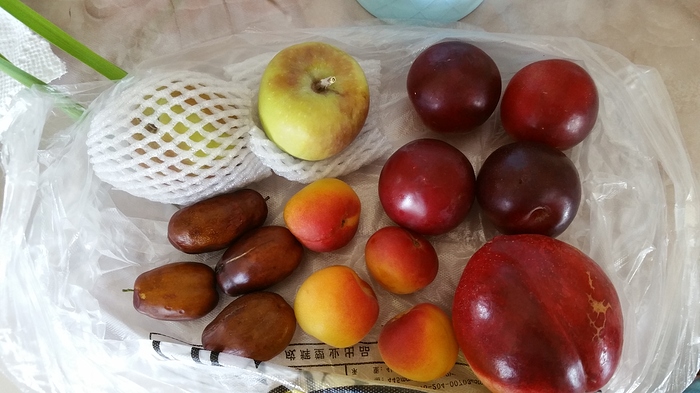 Thanks! There are many places in China I would like to visit and always look forward to reading about your China trips even though I probably won’t return to China (anytime soon). It’s like my “little” collection cookery books and mags, I read them to learn and to get idea but rarely to cook from. 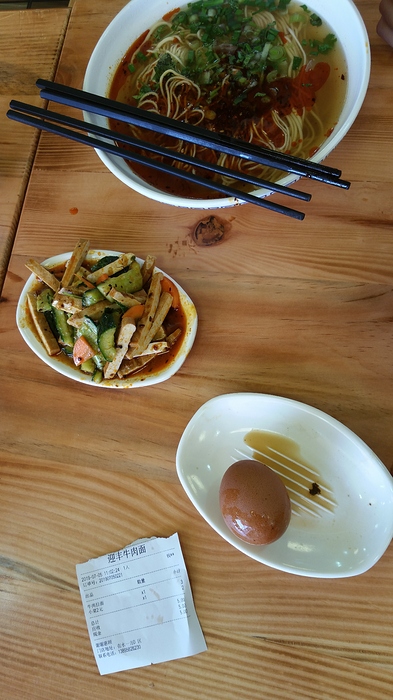 This was breakfast/lunch today. A boiled egg, pickled cocumber with tofu, and the traditional Muslim beef noodle soup. In Yinchuan, the soup comes with chili by default, while it’s the opposite in Beijing. This was much better than what I’ve had elsewhere in China, though. (I don’t know how I will go back to eating those.) The flavor was also significantly less medicinal. I don’t know if in Beijing they purposely adapt this dish to local tastes or if they use premade spice packets that are more medicinal (or some other reason.)

Total price 6 RMB. The receipt shows 5 RMB because I purchased the egg later. I was shocked, I thought for sure they meant 15 RMB and kept giving them 10 extra, but they kept giving it back to me. Then I saw the receipt and it actually read 3RMB for the soup. I thought maybe I was reading it wrong. But, no, the soup came. I thought, oh no, is this some super fast food version like instant noodles? But the broth was excellent. Ok, maybe the noodles were factory made. The noodles were perfect. I turned around and went toward the kitchen. 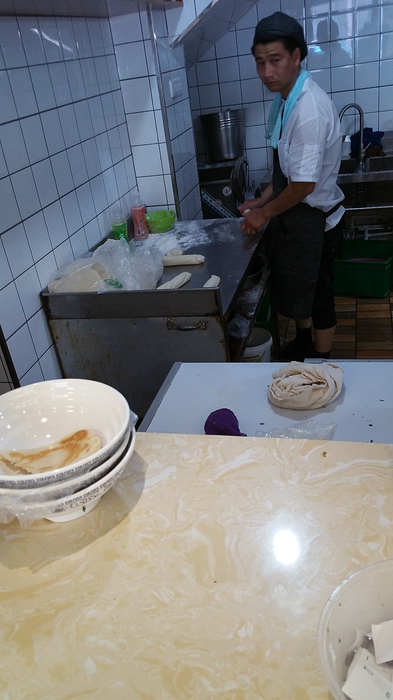 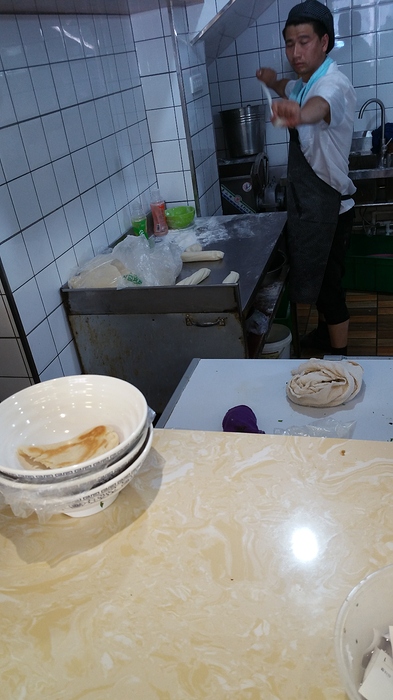 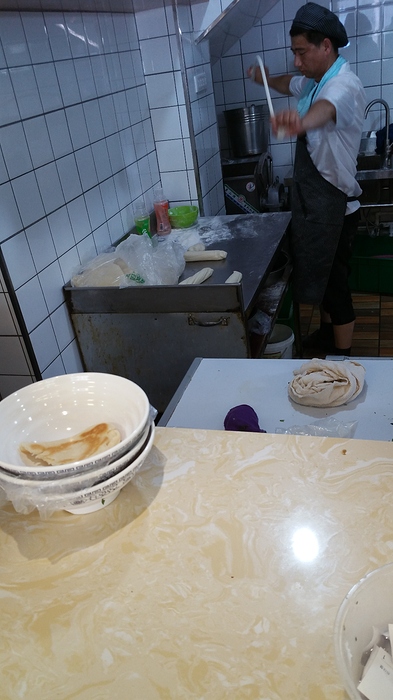 Definitely hand made. I still don’t… I just can’t understand how it’s even possible. This same meal is 23RMB in Beijing and not as good! 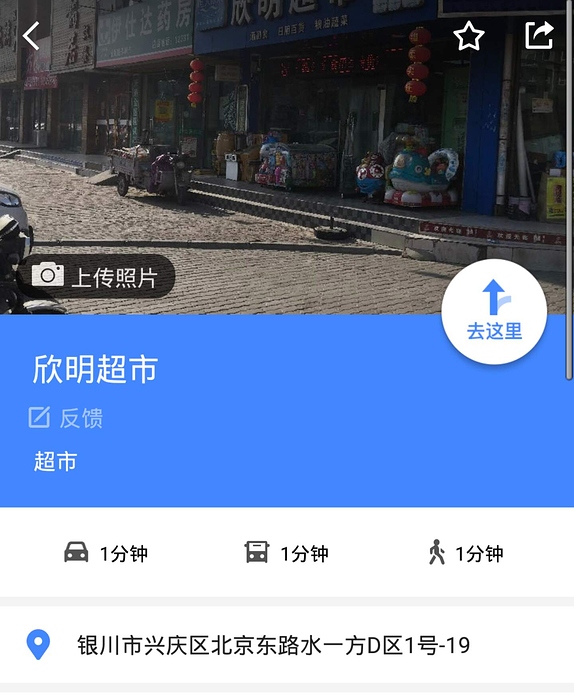 I can’t find an exact address for the restaurant, but face this shop and walk a few doors to the left. 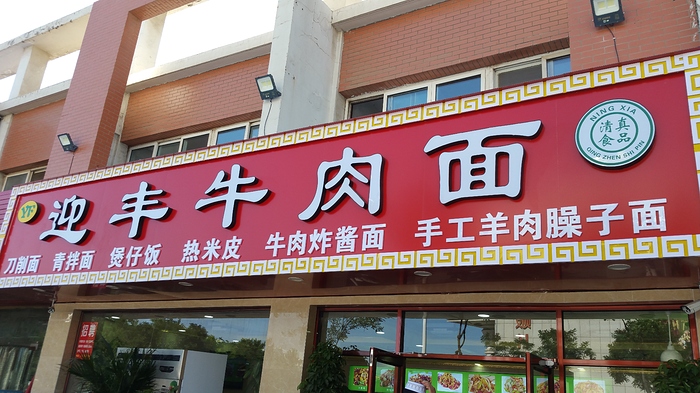 This is the front of the soup restaurant. 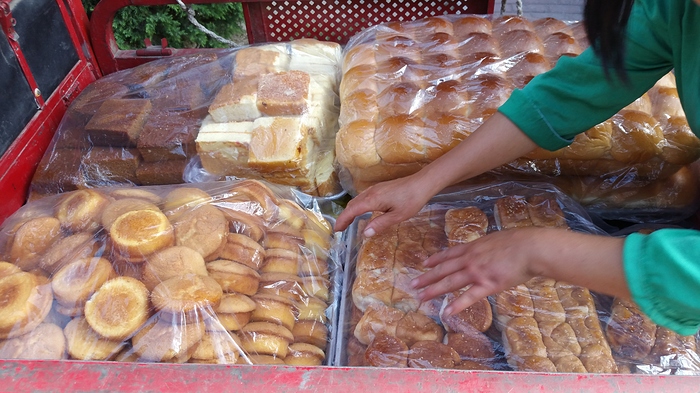 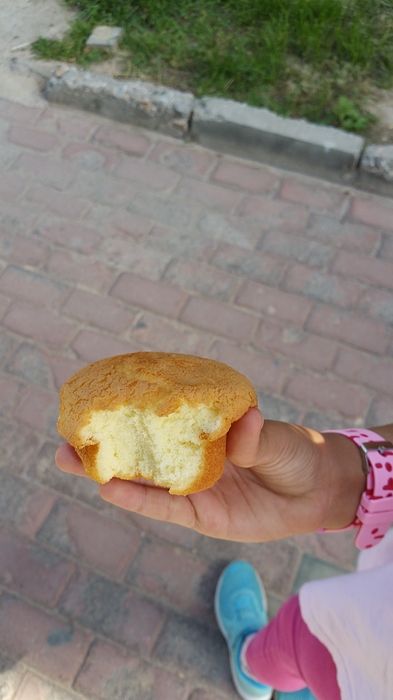 Right outside our AirBnB, we saw this lady loading bread and cakes into her “truck”. She confirmed she baked everything herself. I showed her some of the baking we do. She had to leave but not before gifting us with cakes! The texture is what I expected but the flavor reminds me of old-fashioned cakes in Pakistan. In fact, this city reminds me a lot of Pakistan, especially the smells.

We came here to attend a wedding. Our hosts took us straight from the airport to their house, All the wedding guests were being treated to a spread. My phone battery died, so this picture is from today. Sadly, the more interesting dried fruits were already gone. All the nuts and dried fruit are from Xinjiang province. The walnuts don’t have any of that acrid(?) taste. And you can easily break the shell with your hands. I finally got them out in one piece. I thought red dates in Henan were great, but these are a level above those. 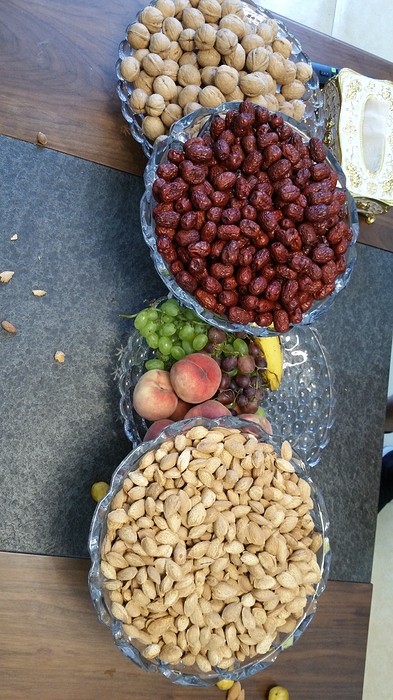 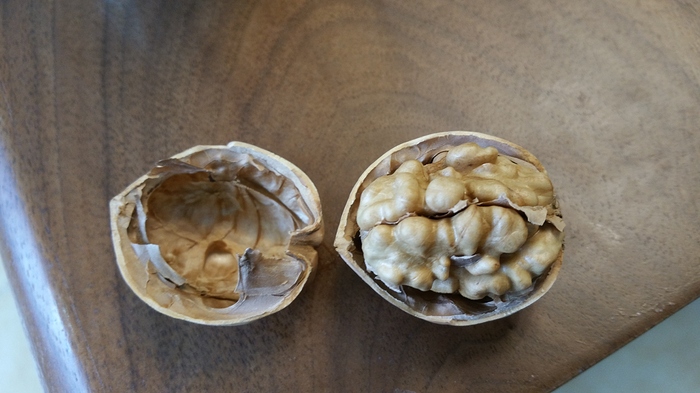 I do so love your travel posts, thanks so much, it’s almost like being there!

Great thread and pics. Thanks for posting.

She had to leave but not before gifting us with cakes!

How interesting! Yinchuan is the epicentre of the Hui Muslims in China.

Over here where I am in George Town, Penang, we historically have a Hui Muslim population since the 19th-century, known as the Koay clan. And we also have a similar egg-cake known as “kay nooi koe”. I’d always presumed it is the food of the Hokkiens/Fujianese who form the majority of Penang’s population. Now, I’m wondering if the Hui Muslims’ influence has something to do with this very popular, local cake: 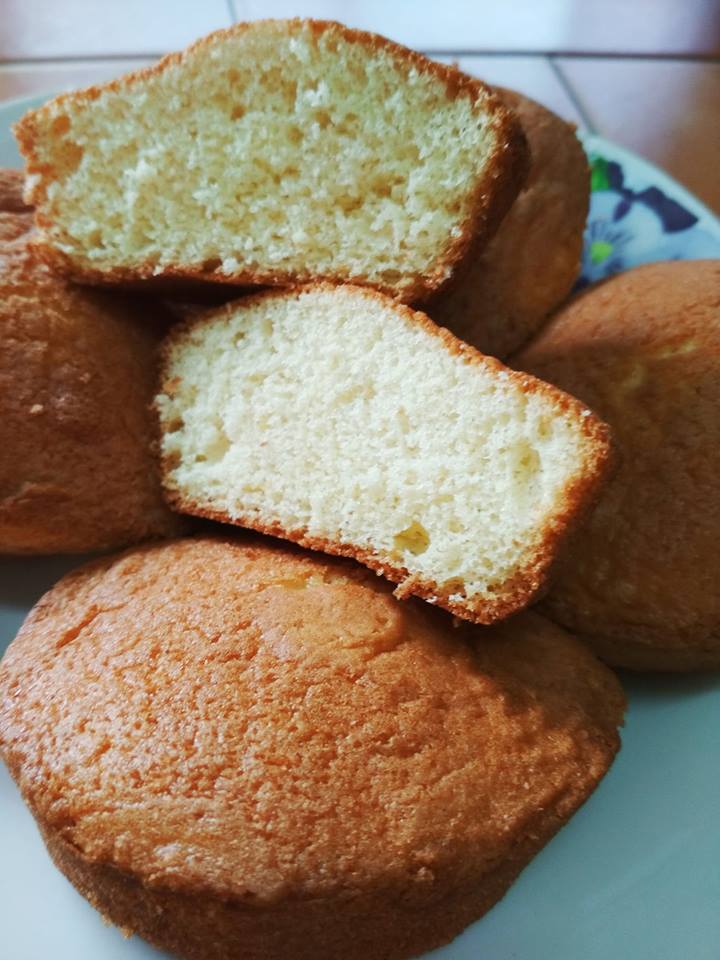 I camped outside her apartment unit today at the same time, but she didn’t come out. It’d be interesting to see if she had some knowledge about this.

Hopefully I can post again soon. The wedding guests are a very interesting spectrum of folks, Uygur, Hui, mixed Uygur/Hui, Shangainese, etc., currently residing all over China. I’m trying to communicate the best I can.

Ningxia is known for its Eight Treasures Tea (八宝茶). Everyone has their variation, but here are the common ingredients I have seen: flowers, sesame, red date, dragon eye (longan), goji, green tea, and rock sugar. Beyond that, I’ve seen something described as sand date, walnut, black sesame, and another type of tea (haven’t asked what type it is.) The wedding hosts served this tea all day, every day. I don’t know if it was just because of the wedding, or they actually drink it every day. It’s served in most restaurants, but I haven’t seen it in any of the other homes we’ve been to. It may be a celebratory drink. 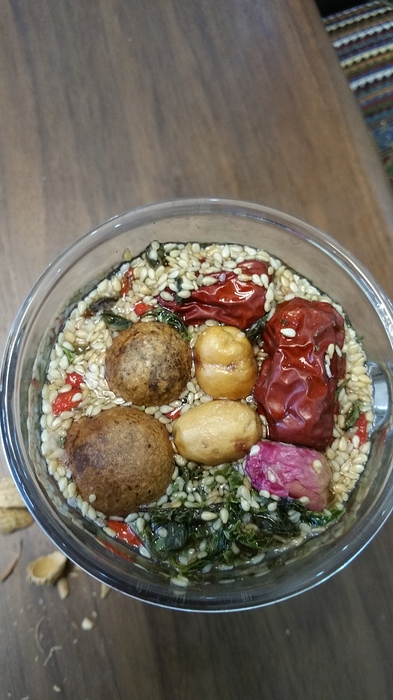 Here’s what the rock sugar looks like. You put it in your glass and it slowly dissolves as you refill the glass again and again. But the restaurants don’t do it that way, they pre-dissolve the sugar. The yellow rock sugar was described as containing honey. 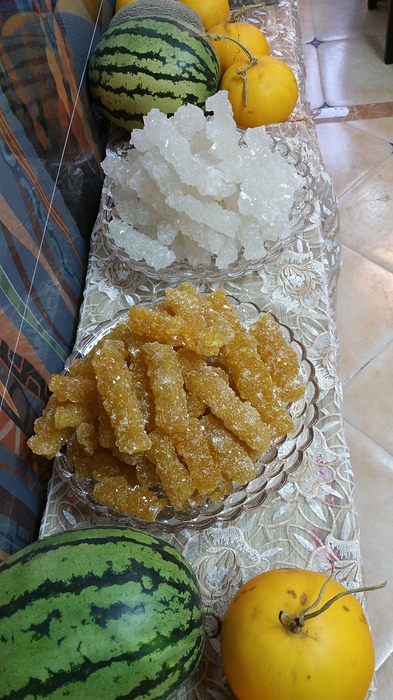 Just wanted to present a disclaimer. First, there is a language barrier. Second, just like anywhere else, food is not most people’s hobby. They don’t really think about the ingredients, its origin, etc etc. I get conflicting information all the time. So please keep that in mind.

Here’s what the rock sugar looks like. You put it in your glass and it slowly dissolves as you refill the glass again and again. But the restaurants don’t do it that way, they pre-dissolve the sugar. The yellow rock sugar was described as containing honey.

Incredible posts! Grateful that you’re letting us hitch a virtual ride as you experience everything.

The tea we were served here was the best version of Eight Treasures Tea we had. You could actually taste each of the eight ingredients whereas, every other time, one ingredient overpowered the others.

Our hosts are actually Yinchuan transplants, so they are still learning the exact names of dishes, too. The cut up wide noodles dish was not on the menu and I could not get a name for it. It was recommended by the waitress. Kind of like with Pakistani/Indian dishes, you have to watch out for the aromatics. I’m used to looking for sliced ginger and garlic. However, although the Sichuan peppercorns used here are beautifully fragrant, don’t bite into one. My translator told me the fish was confited (sp?) in such a way that the bones were soft and edible. I didn’t believe it, but it was true. Those large bones in the picture were edible. The only miss was the beef dish with what looks like spaghetti. There was a pasta sauce kind of taste to it. It was so off, I actually asked if they were going for an American-style dish. I was told no. My favorite (and everyone’s favorite) were the long, squarish noodles for 22RMB. I had these many times last week and this version was by far the best. All in all, an excellent introduction to Ningxia’s cuisine! 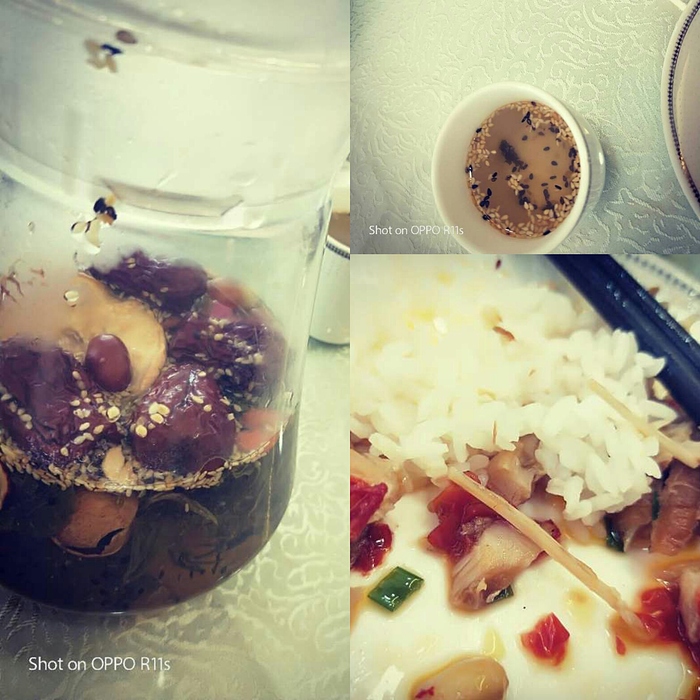 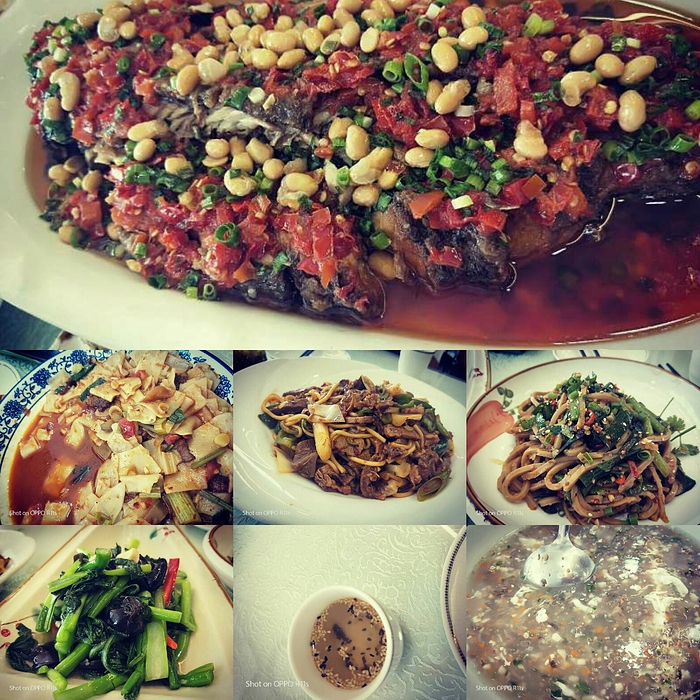 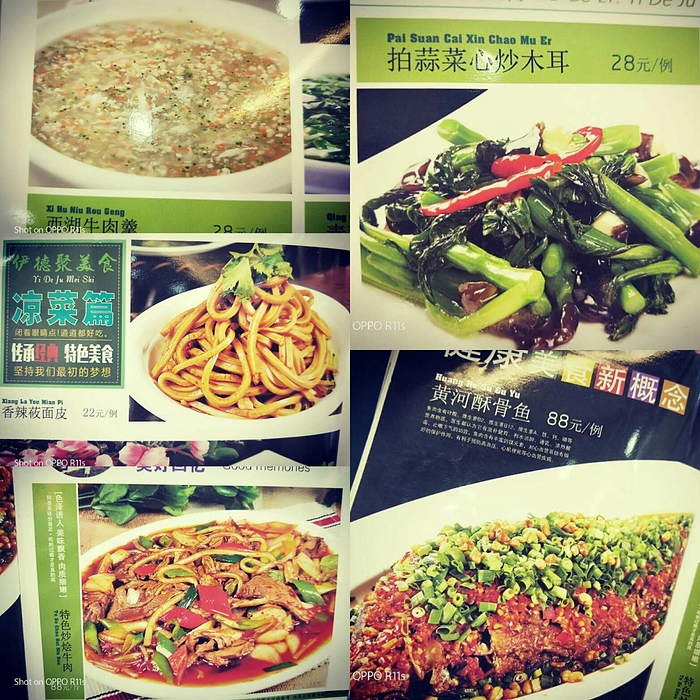