In a major win for SF’s central neighborhoods, a former Chili House chef is making Beijing style dumplings, buns, noodles, and sweet items in the former Lower Haight Wonderland space. You can see her (doh, I didn’t catch her name) making things by hand through a glass window en route to the bathrooms. 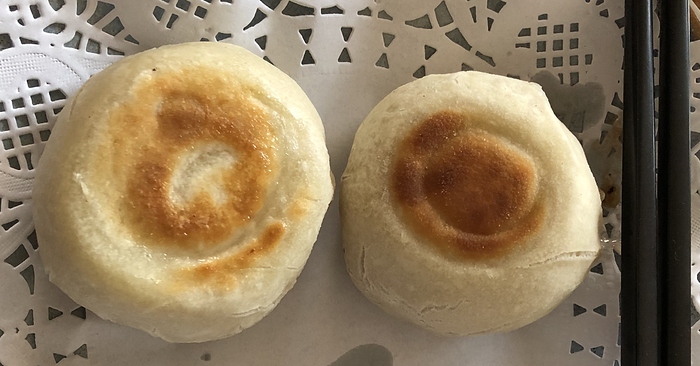 The beef button pies (men ding rou bing) had a bready dough dense enough to seal in meat and a spoonful of boiling hot juices— be careful, even after a few minutes of cooling! The “men ding” in the name refers to “a round headed metal decoration on the gate (of a palace, temple, etc.)” Fans of the no longer available fish buns at Royal Feast will find their construction familiar. The preparation is fresh and didn’t have the desiccated outsides like the frozen and pressed/grilled versions at Dim Sum USA (original Beijing chef at Chili House, Chef Wang, owned that and is now at the Beijing 49er pop-up in Chinatown restaurant). 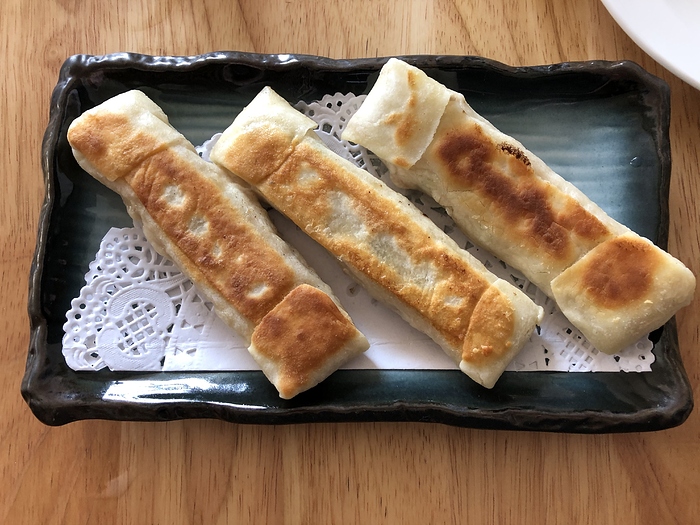 The flattened cigar-shaped Beijing potstickers 褡裢火烧 had a similar bready rather than pasta-y dough as the button pies. The filling was juicy but not gushing, so more kid/user-friendly. 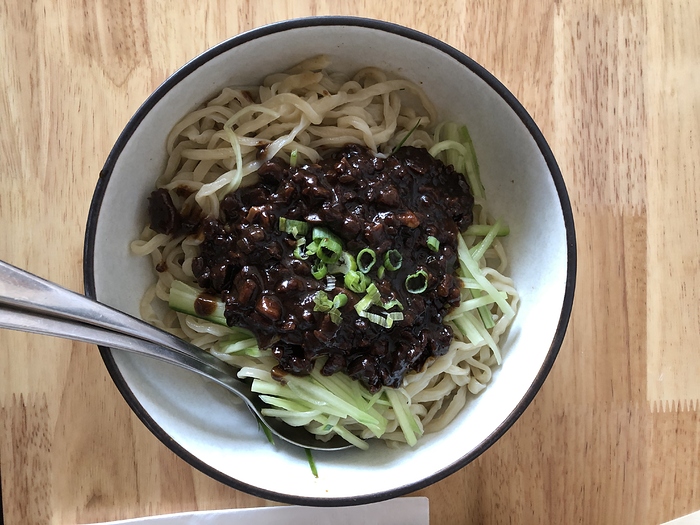 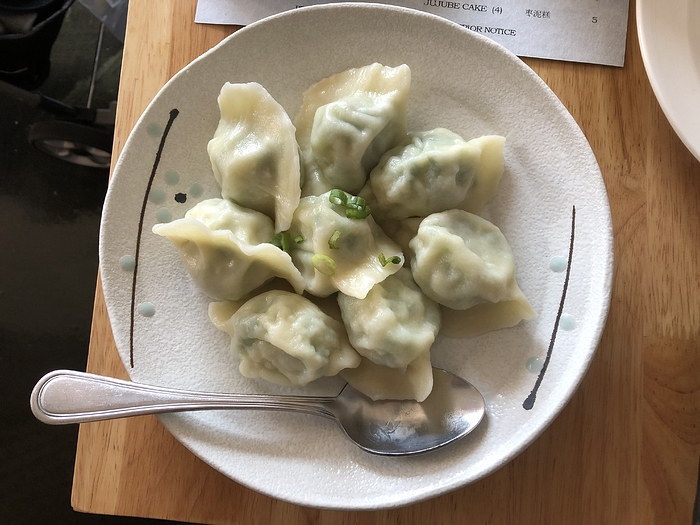 I neglected to order a vegetable dish, and jealously eyed the generous portion of steamed broccoli that accompanied a neighboring table’s General Tso‘s.

Parking on a Friday afternoon was way easier than Mama Ji’s in the Castro, so I’ll return here again next time I’m at the Randall Museum. Another new nearby option on Haight is Purple Rice, which makes an impressive kim chi pancake.

The menu lost a few items from a soft opening menu I saw in on yelp, but I don’t know for sure they’re out of soft opening mode yet.

Yeah, so with her gone, how are the similar items at Chili House? 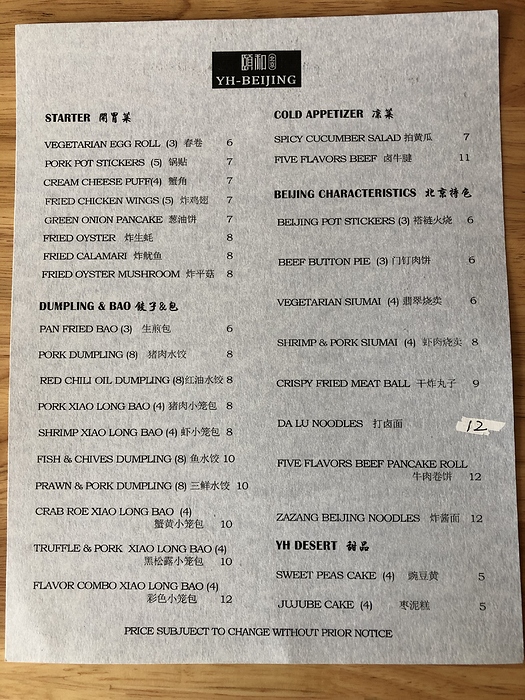 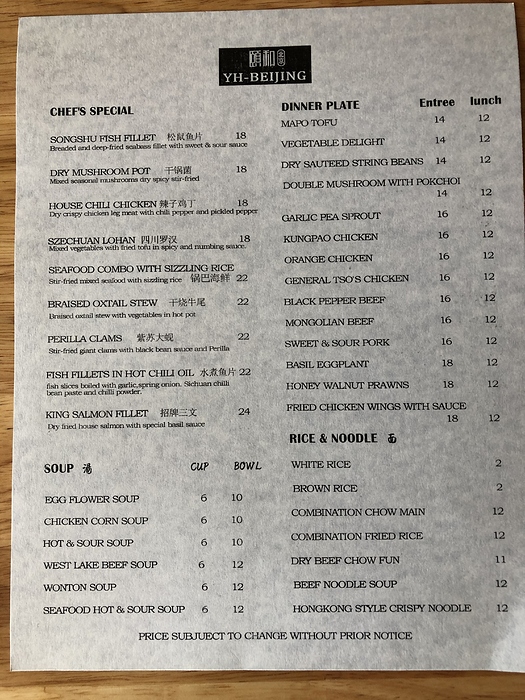 Looks great! 褡裢火烧 is a rare find even in the south bay.

I’m curious whether the ZhaJiangMian was overly salty or not, as I find the “authentic” versions in Beijing to all be too salty for my taste.

I’m curious whether the ZhaJiangMian was overly salty or not, as I find the “authentic” versions in Beijing to all be too salty for my taste.

Do you find local versions too salty too?

The base was typical Beijing style zhajiangmian, as I’ve has it in the Bay Area. It was salty but not obnoxiously so. The sauce tasted like a mix of some sauces rather than straight tianmianjiang (yellow bean paste I assume was in there too, but I’ve never cracked open a container to know it for sure).

YH Beijing’s “Beijing dim sum” is available frozen at 25% off the menu price.

Beef button pies (men ding rou bing) were juicy and, despite a month in my freezer, the dough had a suppler, more even, crunch than versions I ate at restaurants pre-pandemic.

To cook, I lightly brushed with oil, lightly browned both sides in a cast iron pan over medium heat, and finished in a 350 oven until a 165 degree internal temperature. 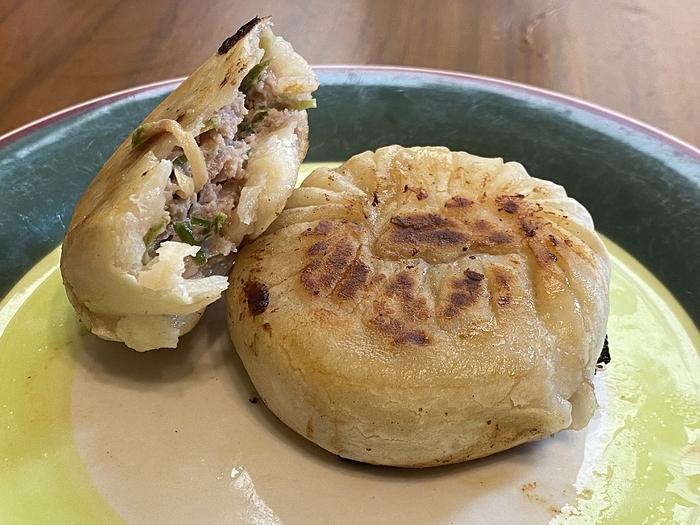