Yes, we do have a biryani food truck - Houston 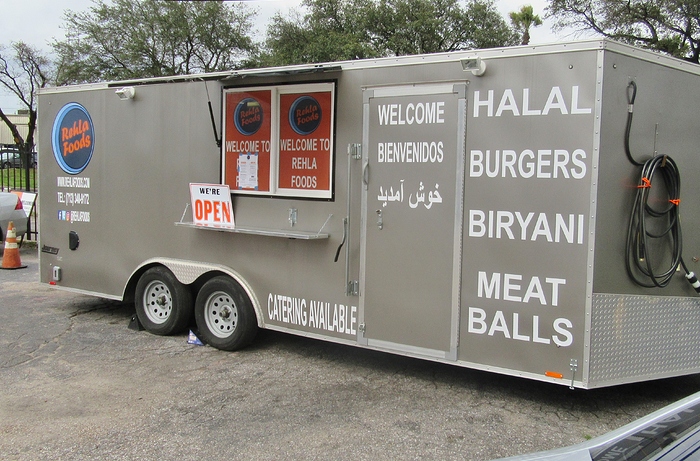 I’ve been trying to catch this one open for some time. It’s in the driveway of a former Texaco on the SW Fwy feeder @ Harwin and the gates are often closed. 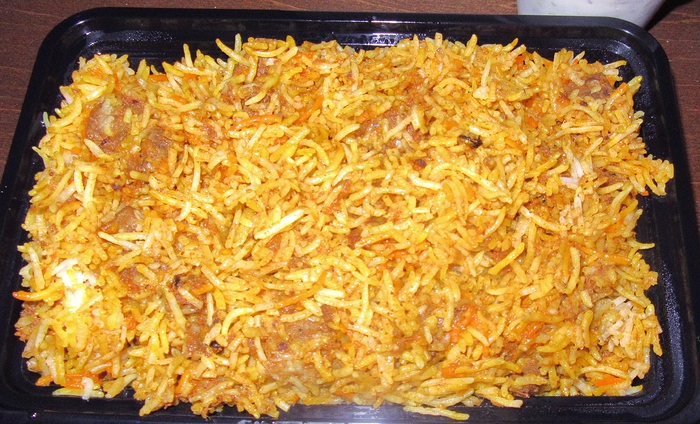 Beef, chicken and veg versions are available; I got the beef. Was warned it was very spicy so they gave me two containers of a cucumber raita. Spicy it was, very. Probably the spiciest biryani I’ve ever had. Not as complexly seasoned as Himalaya’s version, but very good. Some very long grains of rice were apparent; the beef was possibly round, possibly sirloin, and good. It was plenty moist. I didn’t think until after eating about a third (I may get 3 meals out of this) to add some cilantro.

I asked what type of biryani it was, expecting it was from Pakistan because of the Halal meat; the two young men, very nice, obviously brothers, vied with each other to answer. It’s Northern Pakistani, where they are from. It’s a family recipe and very spicy.

Did I mention it was spicy? And very good. The pictures online of their burgers, which is probably most of their business, look very good. I may have to try one.

Wow…nice pic. That looks tasty. I wish we had some in my town.

Googling “Rehla Foods” got me to this:

They say it is a Lahori Biryani.

Thanks! I see that page was on the site I linked to. I hadn’t clicked through.

It looks delicious, but I don’t like spicy food.

I don’t usually think of biryani as spicy at all, but spicy is a bonus to me. Welcome to HO @BrandonSpringery! What type of foods do you like? Someone here can surely help you find it, at least in Houston.

Good afternoon. For me, spicy food is dangerous for my health, so I refrain from such food. I have been having stomach problems for quite a long time and acute is contraindicated for me, although sometimes I want to. I love pizza, shrimp tacos and various pastas. It’s pretty hard to find all this in one food truck, and it’s sad. I often eat at new york food trucks, where most of the dishes I love are on the menu. As for biryani, I’ve never tried it, but I really wanted to, because in the photo it looks really delicious. In any case, I am open to anything new and happy to try new things.