Yellow Fever recently opened in a Whole Foods 365 - and yes, there has been social media backlash: 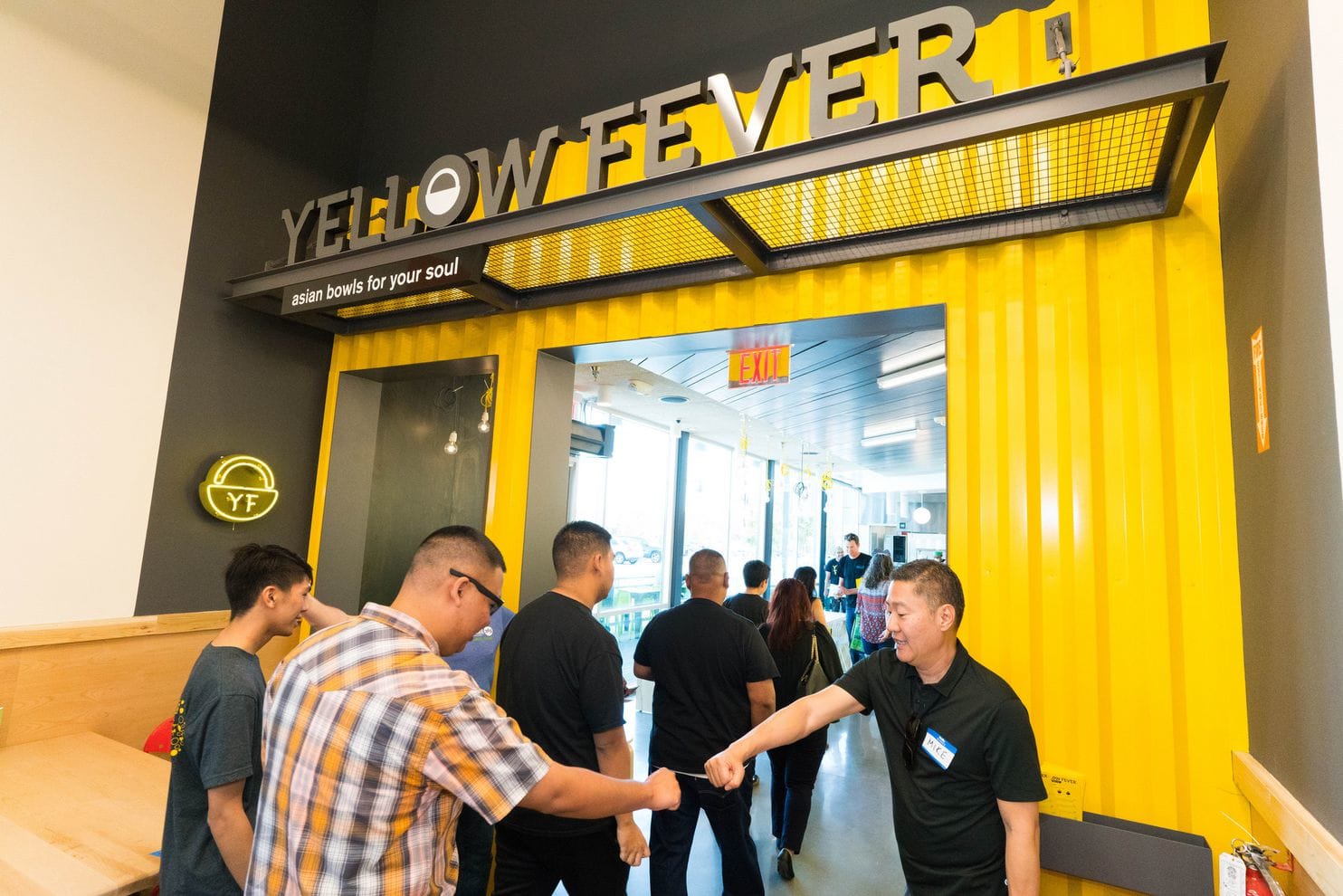 Whole Foods is slammed over Yellow Fever restaurant. The owner says it’s not...

Some have criticized the store's name is an offensive sexual reference and the deadly disease that ravages the developing world.

I’m torn on the topic. At the same time, at least here in the L.A. area, there is a definite “edginess” in some restaurant branding that makes me uncomfortable.
Eggslut 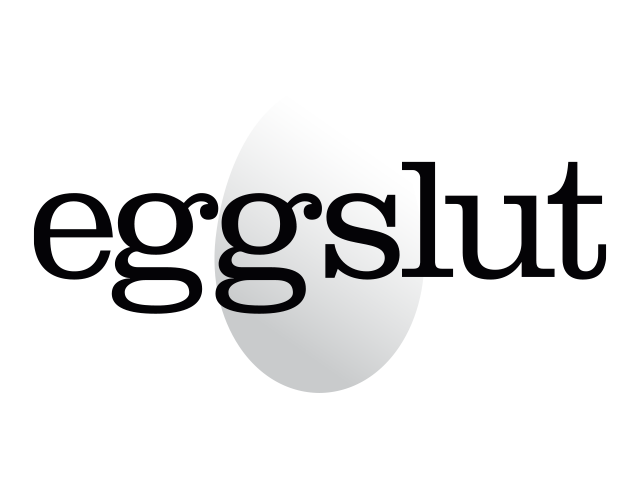 Savor every bite of locally raised, free-living chickens without a care or an antibiotic in them - just as nature intended.

Yellow Fever
I’m likely missing out on some good food, and that’s on me, but I am so alienated by the names that I can’t see patronizing the places.

Am I becoming an old fogey?!

Am I becoming an old fogey?!

Well you don’t have to go and get age-ist to boot!

I don’t know, I guess if the proprietors are Asian, that makes it OK and it’s not up to us to decide what they should be offended by? Being controversial is one way to stand out …

Chocolate Krak, a local confectioner, has this in their FAQ, so you know they’ve heard some disapproval:
Why is it called Krak? Candy makers all over the world use terminology to describe the stages of heating sugar and other sweeteners for various outcomes. They are: thread, soft ball, hard ball,crack , hard crack and caramel. Our candy is heated to the crack stage and once set has to be cracked into bite size pieces. We would like to remind those who are upset by our name that Coca Cola once had actual cocaine in it and that Coca is the name of the plant from which cocaine is derived. So ,if calling their product ,basically, cocaine leaf cola doesn’t upset you, then our candy 's name shouldn’t either.

Tough call. If anything, The Simpsons has the reverse dilemma about Apu Nahasapeemapetilon. That is, what is cool a decade along is no longer acceptable in today’s society.

Another piece on three restaurant, name, Whole Foods, personal identification, and so forth. (All of this fascinates me.) 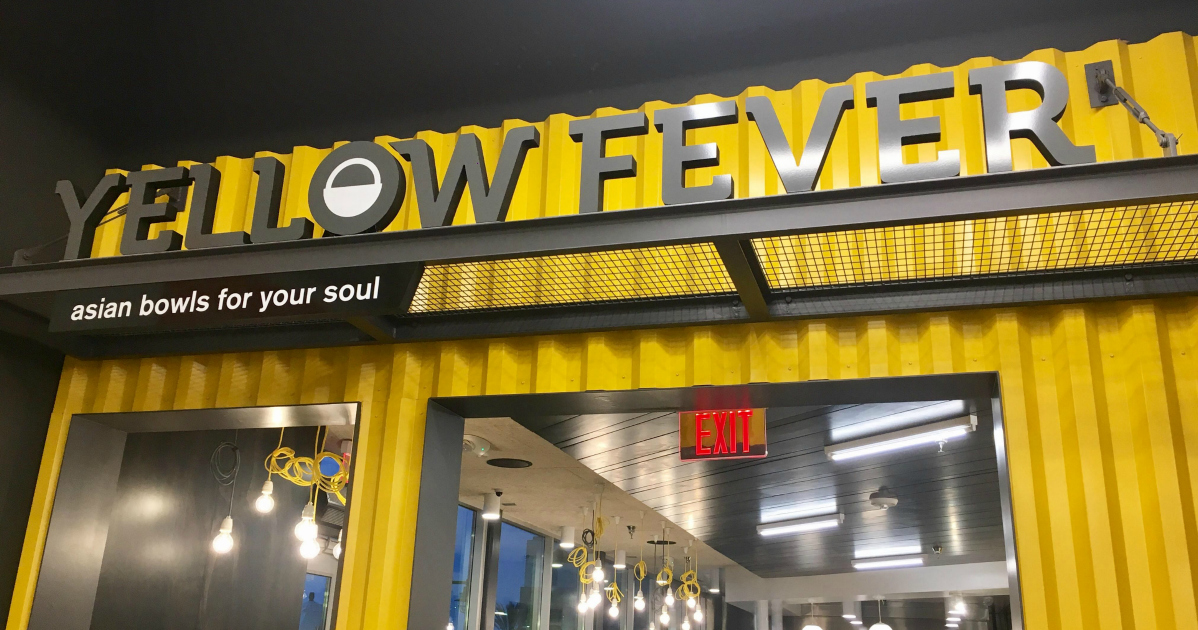 Keep "Yellow Fever" Out of Your Mouth

An antiquated, demeaning term describing the sexual fetishization of Asian women, has no place in one of the country’s largest grocery store chains.

I’m still white, so I still don’t know, but they point out she had been in business for 4-1/2 years already with that name. It may have been controversial from the start, but should she change it just to partner with WF? As a small business owner, I think it would suck to have to re-brand and lose the recognition she’s built.

As for Eggslut, I don’t like eggs that much.

But if there was a shop called Cheese Whore … actually a local sushi restaurant’s website used to be sushiwhore.com. It no longer is, but I don’t know why.

Not a restaurant, but apparently a cultural outrage over the Japanese PM bring served chocolate in a shoe. http://www.newsweek.com/israel-serves-japanese-prime-minister-dessert-shoe-causing-offense-914460

It wasn’t an actual shoe, but a metal replica of a shoe. A bizarre move on its own even before offending the Japanese. There’s the high heeled shoes made of chocolate for mother’s day thing which I find a little weird, but a replica mans shoe as serving bowl? What was he thinking?

a replica mans shoe as serving bowl? What was he thinking?

I’m thinking it could have been even worse, based on what I’ve seen on We Want Plates:

What was he thinking?

I am sure that he put a lot of thought into this, and I bet he was looking for a reaction, a positive one. He just didn’t know he will get a different kind of reaction… I am not a Japanese, but I am aware of some of the cultural perception here. It can be taken a pretty offensive gesture to make a Japanese to eat out of a shoe. I think it is weird for most people anyway.