Have you tried both? If so, do you have a strong preference? I have not seen or tried the Prime Food ones. I’ll keep an eye out.

Where do you get those? Hopefully in SF?

They are both pretty good. I think the Wei Chuan dumplings are a little prettier, but the Prime Foods version bring back the Shanghai flavor memories more.

Here’s the Prime food product, steamed by my wife (she’s from Shanghai, so she knows what she’s doing). 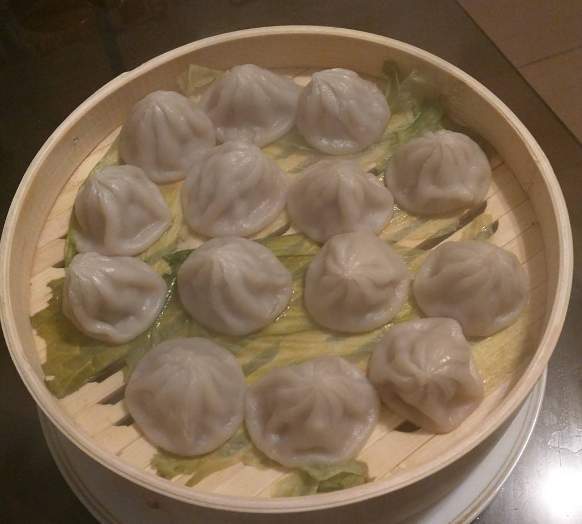 My wife gets them in SF, probably in Chinatown since she seldom shops anywhere else. I’ll ask her when I talk to her (she’s out of town now).

I have no idea of the history of Nanjing Tang Bao. DTF was not in Shanghai in 1994, and the only JJTB venue was a seedy-looking place way off the beaten path in Nanshi and you would have to have been looking for it. I’ve also been to a couple of shops NAMED Nanjing Tang Bao (one on the Shouning Lu food street and the other in Changning), but have no idea of their vintage.

Here’s the original Jia Jia Tang Bao, Henan Nan Lu at Wenmiao Lu. I was lucky to hit it a few months before they tore it down and moved to Huanghe Lu. 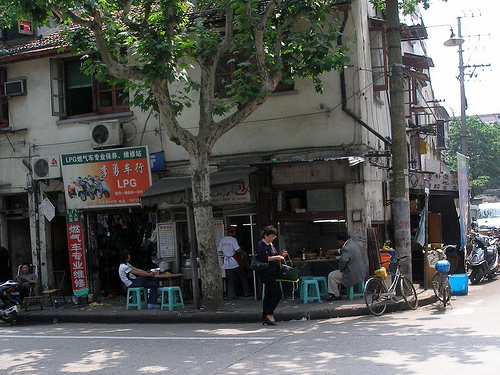 Another XLB/ dumpling specialist in the south bay. This time in Sunnyvale. I have to give them a try some time. 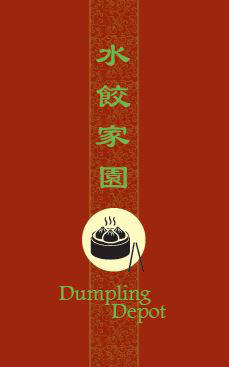 Delicious handmade dumplings, soup dumplings and noodles! Many flavors to choose from! We promise you won't be disappointed with our high quality dumplings.

Farris sent me a new article by that DUMPLING CALIPER fellow in PVG: 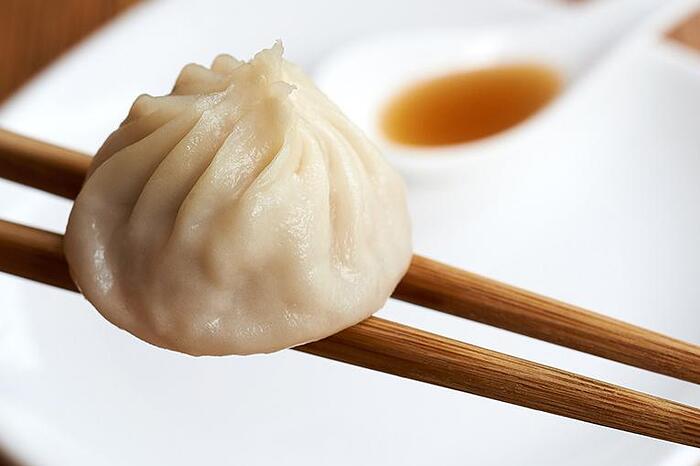 Shanghai's resident dumpling Copernicus comes back around and elucidates the 10 best places in Shanghai to get xiaolongbao. And how to consume them properly.

Also interesting claim:
soup dumpling fatigue sets in after three shops, no matter how hungry
… held true for friends … some cosmic boundary there"

Wow, it is like the GREISEN/ZATSEPIN/KUZMIN LIMIT for DUMPLING
ABSORPTION … he’d know that if he’d gone to college instead of
eating dumplings (is he kidding about college? autodidact?)

I found this choice of NCOPERNICUS curious:
“Shanghai’s resident dumpling Copernicus comes back around …”

Do they Chinese not have the much more natural “Einstein of
Dumplings”? Or is it because NC wrote about “heavenly spheres”? Was he
an authority on the nature of KOPYTKA?

I cant think of a “D” scientist to go for Dumpling Alliteration …
Dumpling Dirac, clearly is a no go if you know anything about “Dancing
Paul” Dirac …
http://www.americanscientist.org/bookshelf/pub/dr-strange

Fatigue after 3, eh? Nature’s reminder to try other dishes

Mala XLB? Is that a new thing now? I didn’t try. 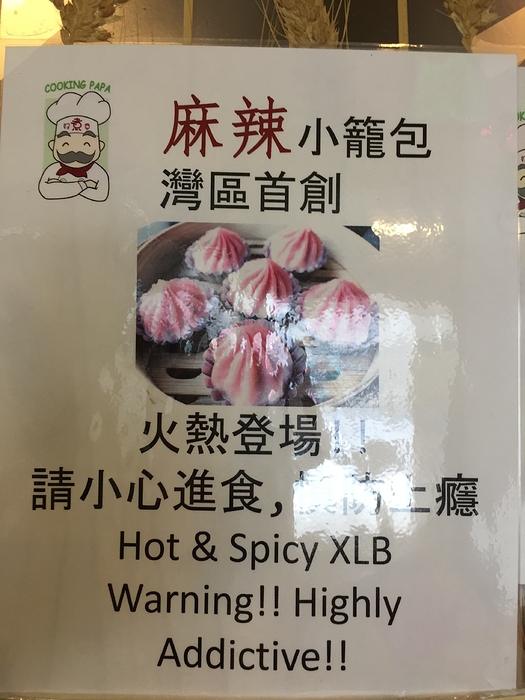