We’re pretty spoiled here with dim sum (and other Chinese cuisines), especially given where we live.

I’ve only had XLB at Dim Sum Garden & Bing Bing Dim Sum in Philly, and both were superior.

I remember the xlb at joes shanghai in nyc having more soup inside. But it’s been a while…

Again, I’m sorry they were subpar and I hope that was ‘just’ an off day. We’d thought about going Saturday but we’d had Sichuan on Weds. and dim sum on Friday and were kinda over it so went to Sonoma for Portuguese

I don’t mix XLB with dim sum and vice versa so can’t address their other dumplings.

barleywino, I seem to recall a discussion on CH where the true afficionados (?sp) said that there can actually be too much broth.

Interesting concept (too much soup). The xlb at yank sing are good imo. But they don’t have pork shank

the true afficionados (?sp) said that there can actually be too much broth.

True afficionados will also say skin can be too thin too.

this is all a matter of personal taste. personally i think thin skin and lots of broth (and a soft meatball and small knot, although some would say that is secondary) are a sign of skill by the chefs. anybody (?) can make xlb with thick skins and little or no soup (and a hard meatball, and large knot). then again some would say this is really tang bao and not xlb. just depends what one is looking for.

I can’t find a photo quickly but the ones at DTF sag under the weight of the filling but don’t tear. Perfect.

i like it when the skins are thin enough to be translucent and show the soup inside. 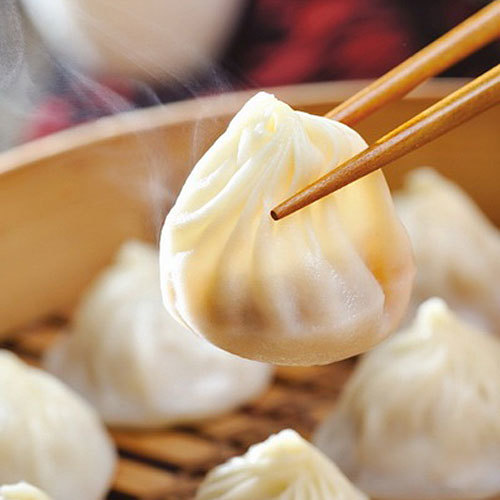 anybody (?) can make xlb with thick skins and little or no soup (and a hard meatball, and large knot).

Yet, that does not mean the further from that direction the better it is. For example, anyone can serve an unseasoned uncooked piece of beef. That does no mean the more seasoning and the more well-done the beef, the better it becomes.

what is your favorite xlb in sf? do you think skin is too thin by DTF? if you prefer thicker skins and less soup, you can find that easily.

the xlb i was most impressed with (besides those in Shanghai, such as Jia Jia Tang Bao) was the xlb at Tapas Molecular Bar in Tokyo. 100% hot soup inside, with a very delicate sodium alginate skin, like a spherical balloon. Regardless of whether one enjoys a thick or thin flour wrapper, light or rich broth, soft or firm meatball, 7 pleat knot or 9 pleat knot etc., one has to admire the skill of such a creation.

Actually, I don’t claim to be an expert in XiaoLongBao, and I don’t know any favorite XLB place in SF. However, there are a few places which I like over here in the East Coast. I have had Ding Tai Fung XLB a long time ago in Taiwan and remember liking them quiet a bit.

I was not attacking Ding Tai Fung. I was just questioning the idea that thinning skin makes XLB better. I often hear that restaurant A’s XLB is better than restaurant B because restaurant A’s skin is thinner. I don’t think it is true, and I also think such a “one-side” criteria undermine or over-simplify XLB – as if there is nothing to this famous dish beside making the skin thinner and thinner.

Let’s do a mental exercise, and imagine the thinnest possible skin… paper thin, maybe it is so thin there is nothing… it is just pork with gelatin soup suspend in the air (magically) – just like you see liquid sphere suspending in gravity-less space. 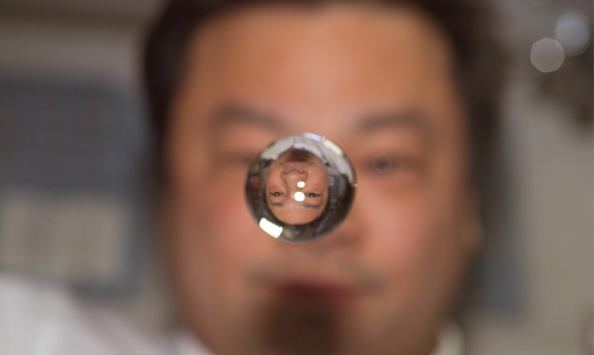 Just imagine that all you eat is the “pork surrounding with a sphere of gelatin soup”. Is that the ultimate XLB? I am sure it is visually absolutely amazing and beautiful. However, would this be the ultimate taste of a XLB? Would this skinless XLB be “the best it can ever be”? (assuming the idea that the thinner the skin, the better the XLB)

I would argue that it would just be pork in its own juice, and that its taste won’t be better.

So this is the best argument you came up with? I rest my case.

Shanghai food critic Shen Hongfei (沈宏非): “What most shops sell these days are not xiaolongbao, but Nanjing tangbao [Nanjing soup dumplings] marketed as xiaolongbao. These are the soup-filled dumplings with very thin skin, like the kind you find at Jia Jia Tang Bao.”

These are XLB (pictures are from the above link): 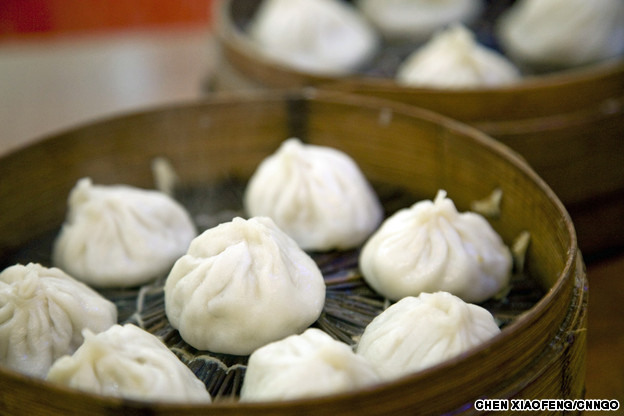 These are Tang Baos: 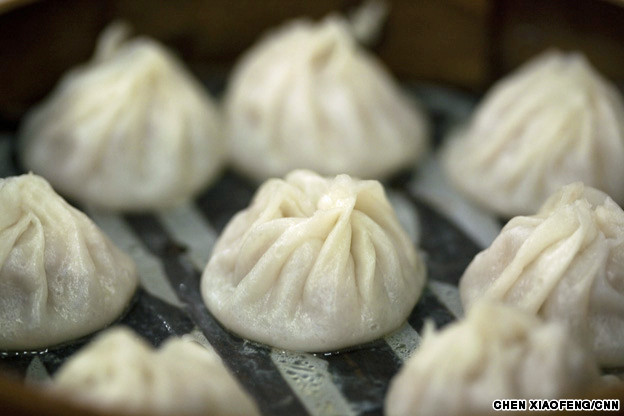 I don’t think you’ll find many people willing to engage in your silly argument. I’m certainly not interested in doing so.

Of course, you are not. You are not interested in making an intelligent argument, but you have no problem making a fairly insulting and empty response: Ridiculous.

《 just for context, the original post above was split off from a comment by somebody about the xlb at Bund Shanghai in sf being as good as any in nyc》

In this case, this post should be in culture board, than in restaurant regional?

Wait, so what’s the difference? What am I eating when I go to Shanghai Dumpling Shop?