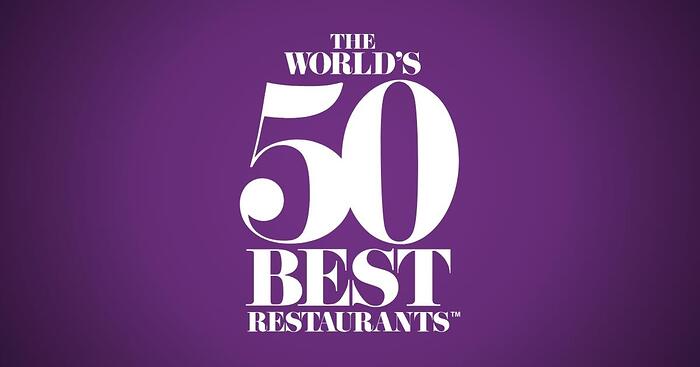 I haven’t been to any of them.

Looks like Canada doesn’t exist. (The food sucks up here. )

The US barely made the list. Italy owns it.

You have to look to the way the voting works to understand why that might be the case. It may also explain why the two listed UK restaurants are there, when they’d probably not hit anyone Top 50 UK restaurants, let alone Top 50 World. Of the five in the Top 100, all are in London and three are in the same small district of Shoreditch.

Treat it as a bit of fun, designed to feature this year’s internationally “trending” restaurants, rather than an assessment of quality.

Treat it as a bit of fun

All lists are fun and open season for criticism.

I’m surprised to find two Berlin restaurants in the top 25. I’ve been to Tim Raue’s old place that was heavily influenced by “Asian” techniques and ingredients. I still remember being presented with a white cardboard box containing a super-duper special melon from Japan (of which only a certain number get exported per year) as if it were the restaurant owner’s firstborn.

The other one, “Nobelhart & Schmutzig” has such a stupid name and such a pompous concept I couldn’t be arsed to check it out.

But there’s a bug in the software the site uses that doesn’t always work well with numeric values.

I reported it April 3 but assume it’s so obscure it was assigned a low to zero priority.

Couldn’t agree more. There’s also the issue of restaurateurs who refuse to engage/humor the raters or rating organizations. Steve Johnson here in Boston was a case in point. Turning out fabulous food in a succession of restaurants, but never received recognition that many of his peers did because he didn’t play along.

Respectfully disagree about the food in Canada! There are a number of places in Montreal we would go well out of our way for.

I was joking. Sometimes Americans don’t get Canadian humour.

Nor can they properly spell the word.

Nor can they properly spell the word.

But our cars and roads aren’t broken.

You have to visit Saskatoon!

Oh yeah. I forgot about the potholes. Tons of those. Lol So many detours in Minneapolis right now due to road repairs. Some places I can get close enough to see but there’s no way to reach the parking lot. What the heck?

MN and WI cities are a shtshow right now with all the construction. Like you said, you can see the place you want to eat at; but can’t figure how to get there.