So I just found out that it was world kebab day a few days ago! This probably is one of my favorite dishes. I remember when I visited Turkey a few years ago I had one thing on my list, which was to eat Kebabs. To my surprise, I found out there are so many different varieties of this one dish.

Which is your favorite? Mine is Iskender Kebab. If you don’t know yet this delicious video from Turkish Airlines might help 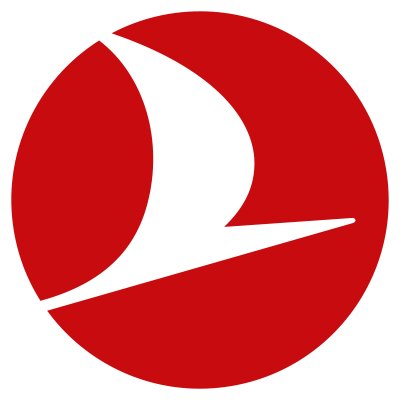 I don’t think I’ve ever come across a kebab that I didnt like. Favourite Turkish kebab would be an Adana kofta.

Other favourites would be a Cypriot lamb shish (or pork souvlaki), Syrian/Palestinian lamb kofta or shish taouk, North Indian seekh, Afghani koobideh or an Indonesian satay. Yes, I like kebabs.

And the people of Wigan near me, are famous for their enjoyment of pies. So, the old joke goes "What’s a Wigan kebab? “Three pies on a stick”.

Never met a kebab I didn’t enjoy either. 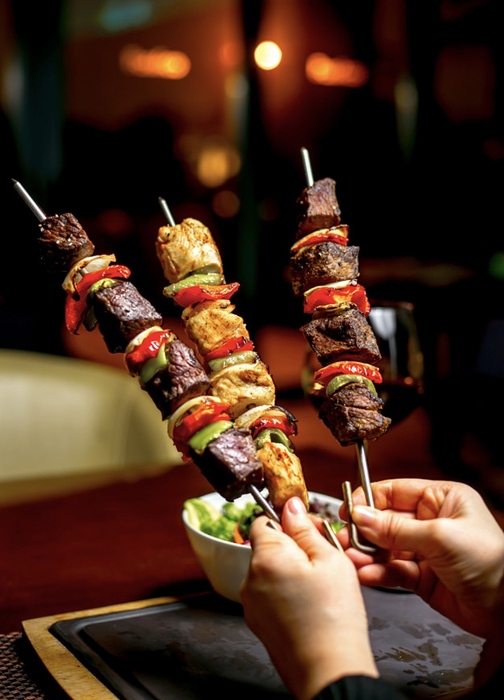 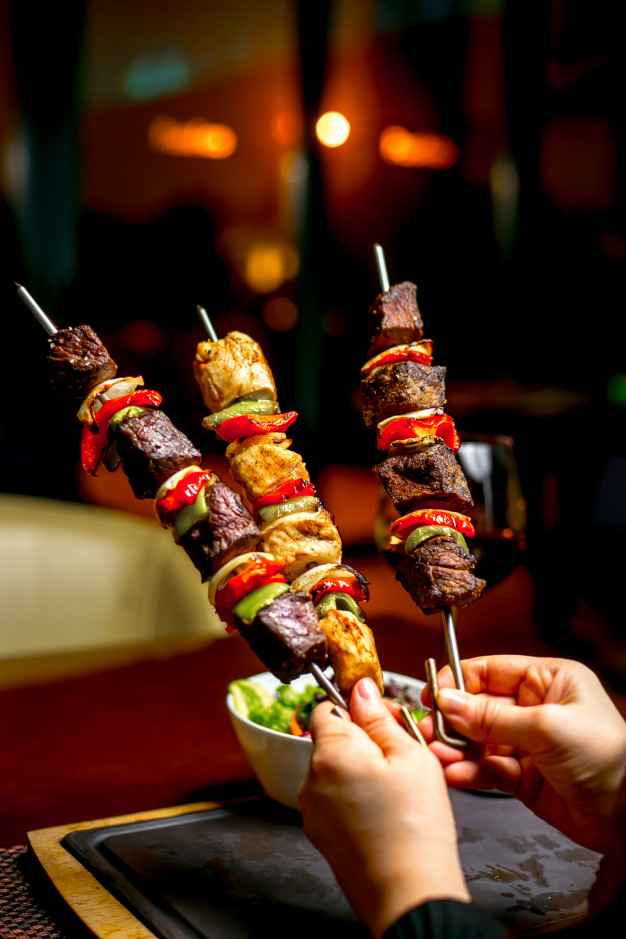 Looks like the start of an interesting juggling act.

By the by, I’d not come across an Iskender kebab before, as mentioned in the OP. Having Googled, I realise that here we’d usually know it a a doner kebab or shawarma (depending on the ethnic heritage of the kebab shop)

One of each, please.

Turkey is one of about three countries that US folk can visit right now. We were there last year, and tried a lot of things that to me, had similar names. One stood out.

I can’t find the picture right now, but this was the meze ( ? ) at the wedding reception. The music in your video reminds me how the in laws could dance forever! 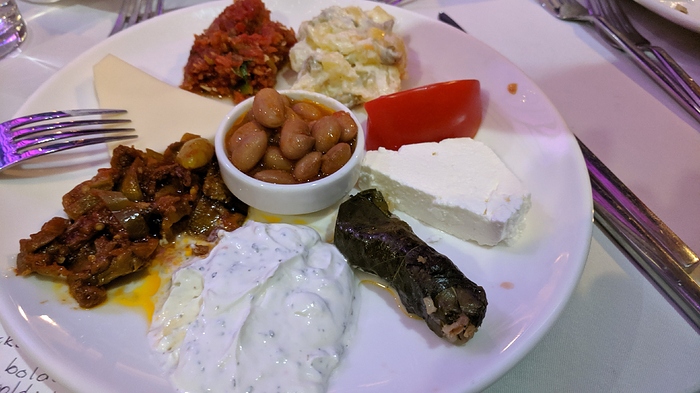 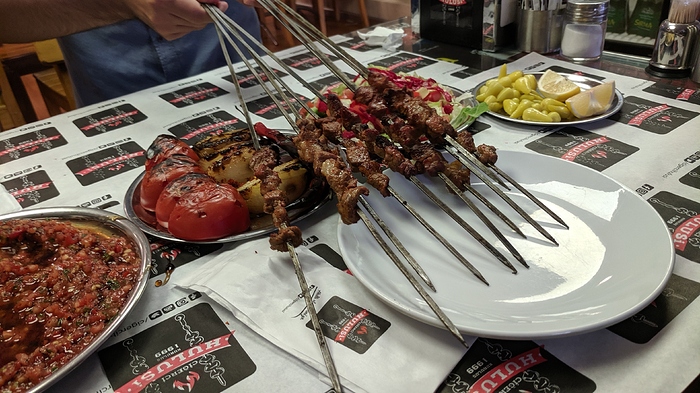 At this place. It was my favorite 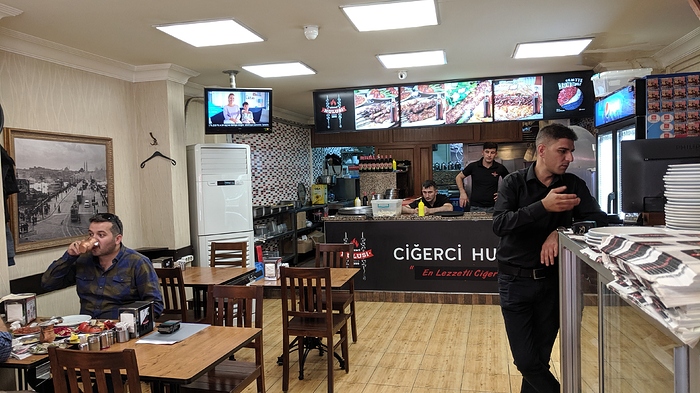 This version was at The Panoramic, or something like that. 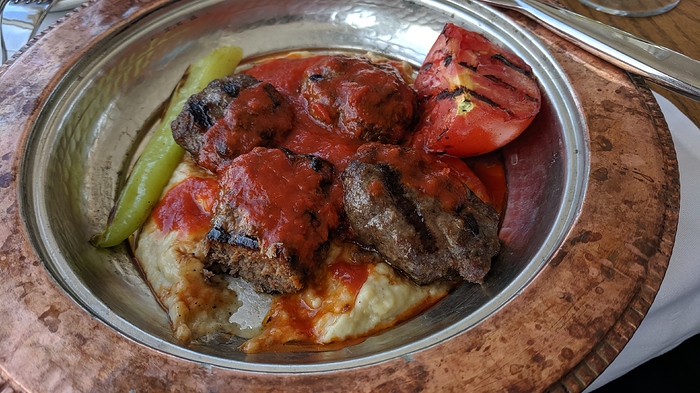 I think I struggle with the distinction between kebab and kofte. I love the highly spiced ground lamb kofte kebabs, and have tried to make them at home.

This is the first thing son brought us to eat, and I didn’t like this one too much. Don’t tell him. 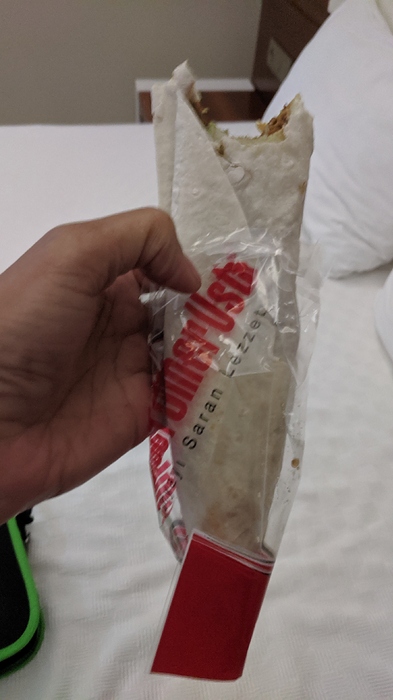 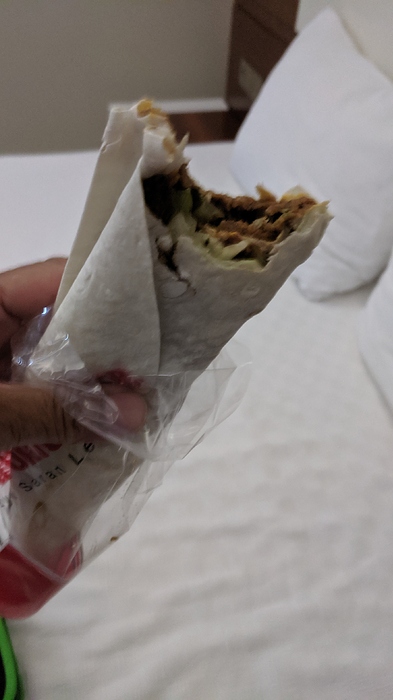 Yep, we are persona non grata most places now @shrinkrap. Hopefully memories can tide us over until we can travel again safely or be allowed into other countries, or even states without a QT.

I’ll throw South African sosaties (usually made with chicken) into the mix.

Oh wait! I forgot these, at the same place. Maybe these were my favorite. 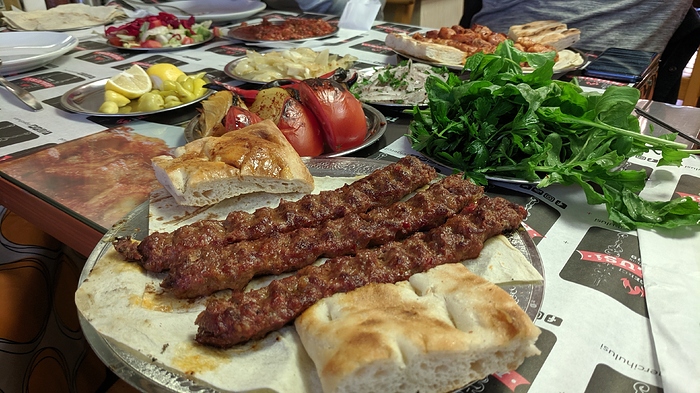 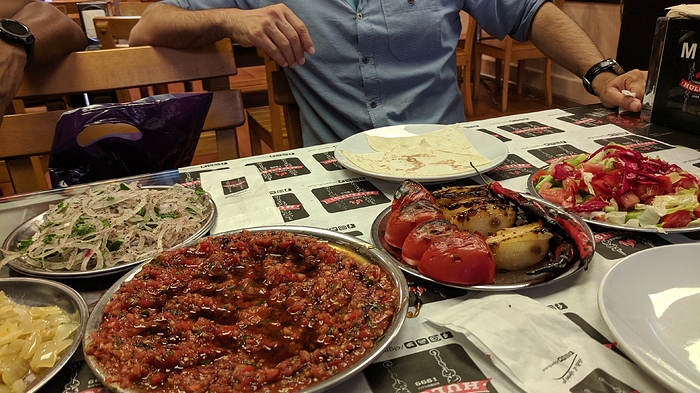 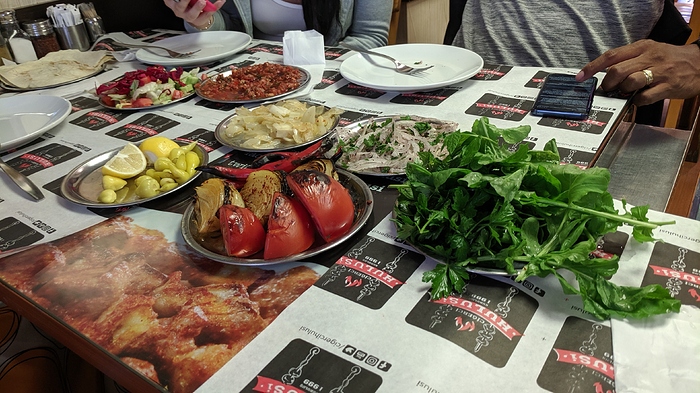 This was good too. Different place, different dish. 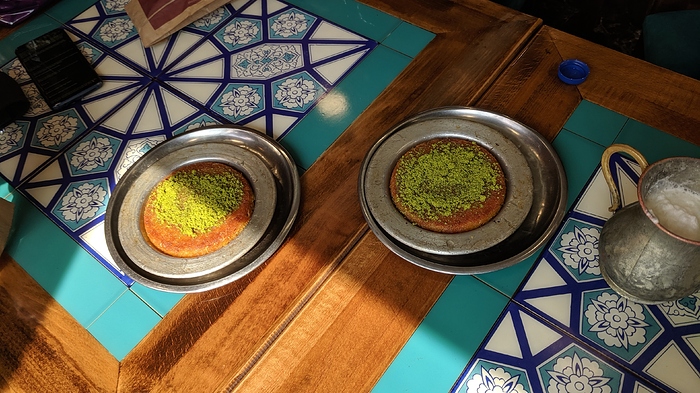 I guess it’s not really surprising - thinking about it even a little suggests the owners probably had pre-immigration experience in the same businesses, and to a great extent they cater to an immigrant/first-generation Turkish demographic - but except that the platters are a bit bigger than is typical here (and I suspect the prices were a bit a lower, for various reasons), your restaurant photos could easily have been taken at a couple of “kebab houses” around here (“here” being South Brooklyn, in between Midwood and Sheepshead Bay, along the B/Q line…) Starting with the food, of course, but not excluding the furniture, décor, server uniforms, flat-screen “menus”, and Turkish-language television on a wide-screen TV suspended from the ceiling (here, usually showing what looks like the Turkish equivalent of CNN…)

What’s not surprising? That I’m confused?

Cool bottle of olive oil from son and DIL. 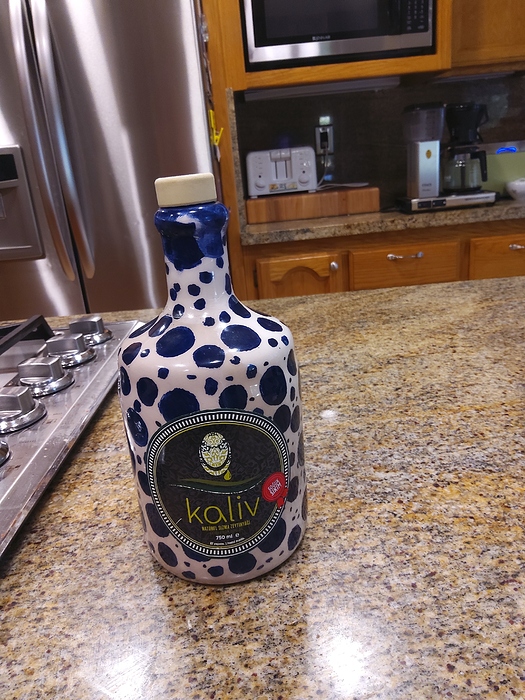 May have to see if its the right thing to visit Queens or Istanbul.

Go to Queens and visit this amazing bakery: https://www.gulluoglubaklava.com/about-us/. I used to live 2 blocks away and miss it so much.