Why Are Millennials So Obsessed With Food?

Not a new article, but find it thought provoking nevertheless. 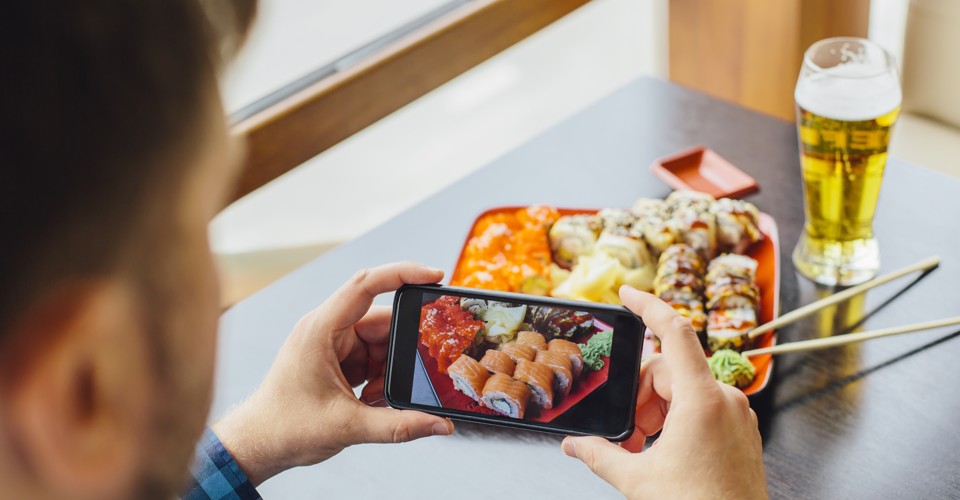 Why Are Millennials So Obsessed With Food?

The author Eve Turow argues that a generation’s taste for natural ingredients will shape the future of restaurants, grocery stores, and agriculture.

I really think it comes down to technology, for a few reasons. One, is sensory deprivation. We have formed into a society that’s so accustomed to sitting in front of a screen and typing, for the vast majority of the day…At the same time, [technology is] also making us more isolated. We’re craving community. And food is also allowing us to access the globe, so we can find out what harissa is made with and how to prepare something with it, in two seconds on our phones.

I feel like one reason that young people, or really, people, obsess over food is that it lets people have social currency. It’s a way of showing off. And there’s a weird dimension: You are demonstrating that you have the luxury to be very, very deliberate about something that a lot of people really struggle to have.

Their parents became very interested in food when the sheer variety came to the US. The 60s and 70s were a wasteland of frozen and canned foods, burning bras and tiny kitchens. Millennials are interested because they were exposed to different foods from a young age and are adventurous, but they are certainly not the first generation to discover the joys of a vast array of dining options in the modern times.

The millennials I work with are obsessed with bad food, lunch being Uber eats from the usual suspects of fast food, “good” Italian is Olive Garden and pizza is from the terrible trio + Costco.

We have good pizza and Italian down here if you take a small effort to find it. Most won’t touch seafood unless they are Asian.

I graduated high school in '75 and we didn’t eat canned food but there was an occasional Nighthawk TV dinner.

My mom worked so we were on our own for lunch, usually a hamburger, grilled cheese, grilled steak or chicken, and the TV dinner.

We ate a lot of oysters and fish when we went out.

Oh, the girlfriend didn’t burn her bra, she didn’t own one.

You ate oysters in the 70’s! Sounds cool.

I had an aunt who served food in Brooklyn in the sixties, but I have a feeling it wasn’t legit. I still aspire to her dishes.

I am only beginning to realize how fortunate I was to hang out with my mom, in Queens, in the seventies. Sometimes I/ parents paid for"Sabrett" lunches rather me making myself a sandwich. Did I like that? Gah!

Amazing knishes, “patties”, and pizza by the slice, but no oysters. If they cost then, what they cost now, no wonder. I think I could eat my weight in a sitting now,and I’d love to try!

You ate oysters in the 70’s! Sounds cool.

Don’t even get me started on what passes for music now.

There was a place in Houston called Angelo’s that had all you can eat raw oysters, Rockefeller, boiled and fried shrimp, fried chicken and biscuits. Obviously a while back but I think it was around 15 bucks.

We hit the oysters hard and one day the fellas and I each opened with six dozen before moving on to the Rockefeller which were incredible and I have stumbled on to the recipe.

The shrimp were the second act but a lot were consumed.

Dessert was a piece of the excellent fried chicken.

The major cause of obesity between many people is eating more and moving very little. If we consume more energy from our diet but do not burn the energy through physical activity or exercise then the excess energy turned into fat. It’s applicable for all people from the planet. We can’t differentiate this between Millennial and others. To away from obesity it’s important to have regular exercise and consuming proper healthy diet. This healthy diet includes all vegetables, flours, fruits, meats, cooking oil, and other ingredients.

Millennials are interested because they were exposed to different foods from a young age and are adventurous, but they are certainly not the first generation to discover the joys of a vast array of dining options in the modern times.

I think Millennials are consumers who can’t be bothered to cook at home and choosing where to eat a meal is another way to talk to their friends about buying something.

Like most generational labels, Millennials get a ridiculous rap, imo. If anything this generation is no different than any other in that their parents, myself included, exposed their brood to a variety of food experiences and that became a very comfortable lifestyle of eating.

Our son grew up going to farms, eating at home and eating in restaurants. He learned about ingredients and where to find them.

Right now, the entire country is obsessed with food. Young people have it made in the options, why not enjoy it!

Did you cook every meal at home for yourself when you were younger?

Nothing wrong with music today, partner.

My 2 cents: I think many of the current generation, having grown up in foodie households want to identify differently than their parents. So their foodie foods contain super nutrients, or so they believe. Some do some don’t probably.

In any case, the interest is there, but is often so focused on restaurants & coffee spots. It’s part of their social currency to track down trendy places to which their friends have never been. I will say one of my spawn & SIL’s will spend a good part of Sunday preparing their lunches and breakfasts for the week. Pretty healthy & budget friendly. However, after 8 years I’ve pretty much given up on the idea of being invited to their apartment for dinner.

So what’s up with that?

It was in the news yesterday that 49% of millennials blame social media for their overspending habits…Watching their friends and people they probably don’t even know posting play by play vacation trips and restaurant scenes on FB, Instagram etc. has created a new generation of having to keep up with the Joneses. I really don’t think it has a lot to do with food for the most part. And Selfies galore of course. It’s all about them.

They are the most self absorbed generation so far imo. Hopefully one of these days they’ll grow up.

I am staying in my sons apartment as I type this. We have gone food shopping for produce and basics. Eaten in and taken a few meals out. Also enjoyed a few cocktails together. All I did was ask.

He travels for work so stocking the kitchen would be wasteful. But I see from his pantry he is making pancakes from scratch, steaming frozen vegetables and eating fresh fruit and Siggi’s yogurt

I don’t think my diet when I strated out in my career consiisted of such healthy options and now I’m playing catch up on my own better eating habits.

I like to keep an open mind about young people. In my line of work I both mentor and learn from this generation. Makes life far more interesting.

Wow. I am amzed at that observation. Mostly because my very large family introduced their children to being filmed on gigantic handheld camcorders well before any of the children used a cell or got online accts.

Why are their parents placing their entire lives on FB? I believe helicopter parenting, lying about your kids talents, paving their way through life has also been written about in the news. I wonder when patents will enjoy stepping back and letting their children be adults?

Food is a gateway on this forum but the subject is far wider.

It was in the news yesterday that 49% of millennials blame social media for their overspending habits…Watching their friends and people they probably don’t even know posting play by play vacation trips and restaurant scenes on FB, Instagram etc. has created a new generation of having to keep up with the Joneses. I really don’t think it has a lot to do with food for the most part. And Selfies galore of course. It’s all about them.

The first part is interesting, and not surprising though really not all that different from earlier generations being influenced by TV and popular magazines, and before that movies, and before that “popular literature” and the activities and behavior of “local” elites.

But I have to strenuously disagree with:

They are the most self absorbed generation so far imo.

The later-boomer “Me Generation” gets my vote for that, recognizing though that as Rooster mentioned and I agree, “generational” labels are often as ridiculous as they are pointless…