What are you going to eat, your very first meal, when this virus sh*tshow is over? At home or restaurant it doesn’t matter. 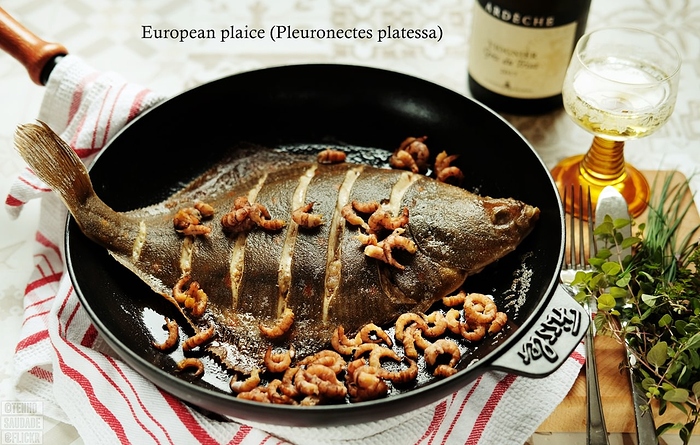 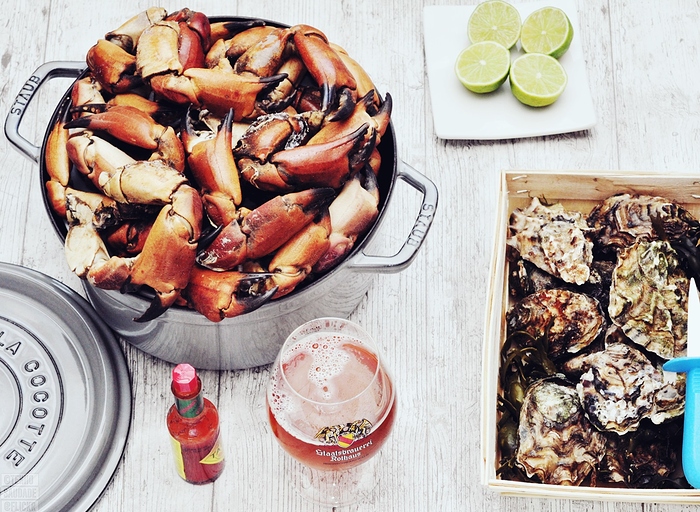 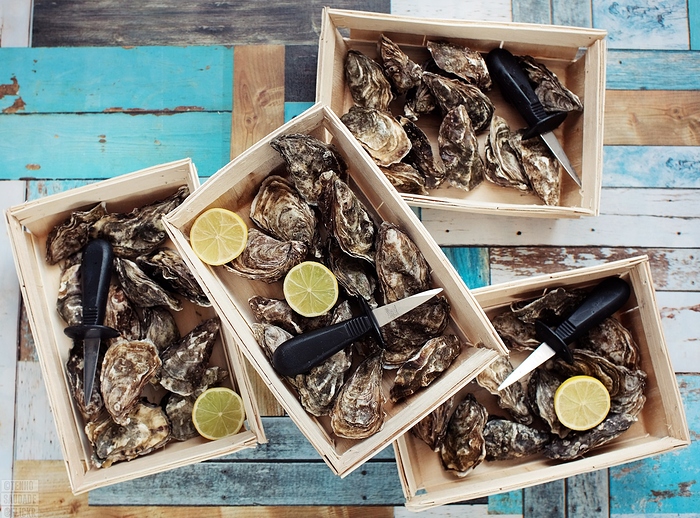 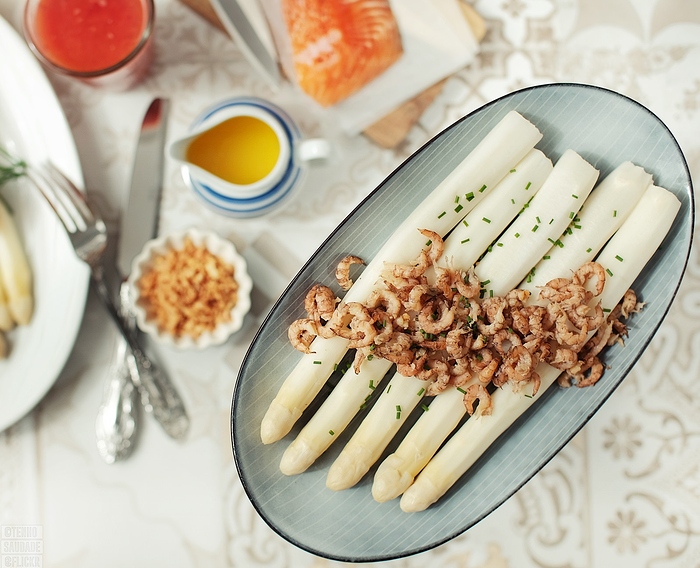 I’ve made sashimi from a fish (usually tuna or mahi-mahi) fresh caught and butchered on the aft deck of the boat we caught it from. Butchered is the operative word. It tastes great but looks pretty bad. I can butcher a cow, a lamb, or a pig, but parting out a fish continues to defy me. I want a beautiful plate of sushi to enjoy with my wife.

I’m hoping and expecting that meals at home won’t be significantly disrupted. Yes, it may well mean choices are more limited. Supermarket factory raised chicken, rather than organic, (but only if push comes to shove). And we’re skilled enough cooks to mostly be able to substitute one ingredient for another.

So, I’ll be looking forward to having our first restaurant meal. We already plan to substitute “delivery night” for our weekly “restaurant night”. But it’s a poor substitute. Assuming all is well and they have survived what may well be many weeks of closure, that meal is going to be at one of our two particularly enjoyed restaurants. One, a specialist in Mumbai street food, where we both have favourite lamb dishes. The other, a Modern British bistro, where I don’t know what I’ll have as they change the menu seasonally. But I’ll be ordering something that is entirely bang-on for whatever season it is.

Most def a big potluck feast at my home with family and friends.

Ask me in three weeks or a month. sigh

So far, while it’s affected my shopping/stocking up somewhat, it hasn’t affected my eating habits at all. (And while I wasn’t buying enough to constitute what I’d call “hoarding” before all hell broke loose, I was  stocking up a bit more than usual on shelf stable things even before “everyone” started going crazy.) I don’t eat “out” very often anyway, and even less rarely at higher-end places, and while there’s been a constant  run on fresh (and more recently, even frozen) “protein” for just about a week now, the availability of produce is still generally more than adequate, and if you’re flexible and not overly picky when push comes to shove (and I’m not), there’s still enough animal flesh of one form or another available so that I don’t feel deprived - and unless supply chains are disrupted even more than I expect them to be - don’t expect to… (though even in that event I normally have enough canned and frozen stuff of various sorts to last quite  a while…)

So off the top of my head, it’ll probably be something I really just can’t do anywhere near as well at home as the pros can with their experience and the right equipment, like properly stir-fried anything at a good Chinese restaurant… (If I liked raw fish, I daresay sushi/sashimi would end up being high on my list, too, but I don’t, so it won’t…

Some locations are more affected than other, even if it’s the same supermarket chain. From news reports it seems really bad in the UK.

Not crazy hoarding yet where I am but things could change fast seeing as new cases and fatalities double every day. I can still get frozen fish (Chinese supermarkets) but much of it comes from China. Besides, many are (Chinese) fresh water fish which I don’t eat at all. For the time being I’m not desperate for seafood so I don’t touch Chinese farmed fish.

Last week when the government announced restaurants, bars, sport clubs etc to be closed for 3 weeks the wholesale supermarkets also announced they would open their business to the general public. On Thursday normal supermarkets ran full page adverts in national papers saying there’s no need to hoard.

I hope the situation doesn’t last long. For now I will have to find creative ways to make the most of what I have on hands.

Dreaming about a big fat brill or halibut, North Sea shrimps and oysters!

On Monday, before the restaurants had to close, I wandered around looking for one last dollar oyster happy hour, but all of my usual haunts had already gone dark. So I settled for a plate of French fries (which I never make at home) and a Hendricks martini. 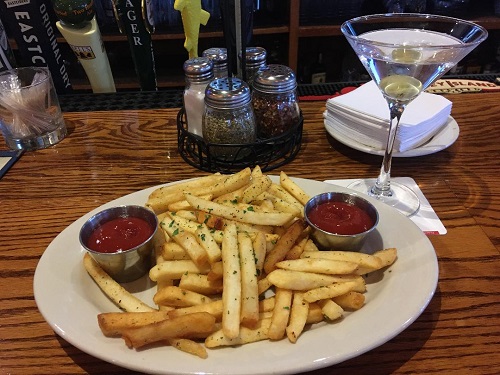 That will be my first meal out when this is over, hopefully with oysters, too.

Good idea. Chips/fries are something I don’t cook at home. We eat them standing by the stall at Saturday market.

I hope they have oysters when you return.

Right now it would be laab, som tum and Isaan sausage and a very cold beer at my favourite Thai place. Though it’s not local so I’d rather support them first and I think a pint at my local would be the first order of business, if it’s still there as they can’t really do real ale deliveries but some are delivering food and bottled drinks. I hope it’s enough for them to survive.

Two words: Ice cream! We look forward to the reopening of seasonal ice cream stands each spring. This must wait.

Upscale Thai. I have a reservation for my birthday dinner at a newish Thai restaurant 2 weeks from now that will likely be canceled. Assuming it survives the shutdown I will gorge there.

When it’s over. I am going to become a social butterfly. And say thank you lord . Enough of the six foot rule

When it’s over I’m going to hug everyone I see until I get caught up on my massive hug deficit.

Dim sum, if there’s still one left in town after all this is over.
And sushi.

Six months after my initial response still sushi. However, I expect it will be at least a year after the world declares the virus stamped out before I eat inside a restaurant. Just doesn’t feel safe.

that meal is going to be at one of our two particularly enjoyed restaurants. One, a specialist in Mumbai street food, where we both have favourite lamb dishes. The other, a Modern British bistro,

Well, in the event restaruants were allowed to reopen at the beginning of July and our first was the Mumbai street food place, followed the next week, by the bistro. Since then, we’ve eaten at 17 other restaurants - some old favourites, others new to us.

A trip to Italy to our fave Michelin starred restaurant in Verona.

It’s far from over, but restaurants have been allowed to open for about a month now. I mostly eat out on decks or patios, but I have eaten indoors a few times.

I don’t fry at home, so I’ve been enjoying various french fry flavors with cheese sauces. Cheese steak spring rolls are a thing in my area and I now have two faves. Mom has also been enjoying the gamut of fish tacos (ahi poke, fried cod, popcorn shrimp).

And we both enjoy fresh salads with greens I could never sustain for a week at home.

A trip to Italy

Yes! Ours will be to the Piemonte region to see good friends that we’d be visiting this fall if we could. I dream of the truffles and the wine. (In the past we’d been able to tack on a visit after a conference my husband used to attend.)

Closer to home I simply want to eat in a restaurant, indoors, with friends and laughter. Lots.

Until then we’ll follow the rules to break the chain of transmission and stay safe.

4 Likes
next page →
“Food is a pretty good prism through which to view humanity.”
― Jonathan Gold