Nice find ;-). I keep one of those “Ah So” wine openers around for bottles with older corks. Saves a lot of fishing/filtering.

The cork looked solid so I just tried my Screwpull. When the crumbling started after the cork was half out, I switched to the Ah-so but it just pushed everything into the bottle. Next old bottle will start with the Ah-so. Every once in a while I think about getting a Durand, which combines a screw and the two finger puller, but the price is like a case of wine.

*HE ‘RED AND WHITE’ MARGAUX SHOW! 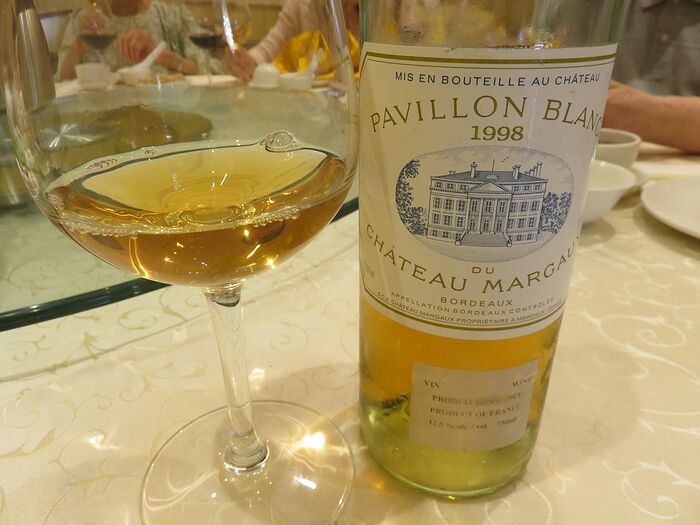 Ever since Covid restrictions were lifted and restaurant dine-in has become part of our daily life again. I have started to engage in more and more culinary related activities. One such event involves a weekly ‘Chinese food‘ dinner gathering amongst foodie friends and relatives.

Initially, the main focus was indeed centred on food. Wines brought along for the ride were treated mostly as supporting casts. However, unbeknown and slow to recognised by the food-centric gourmands in our group, this weekly event has somehow morphed into a ‘Vino’ affair instead. An outcome generated by the insertion of much better quality wines from some participants. Suddenly, the wines commanded a front row seat and became the stars that outshines the food!

Tonight’s event was another such scenario. After enjoying weeks of wine orgies fashioned by the likes of Gran Reserva Riojas/Priorats, Super Tuscans, Grand Cru Alsaces, Classed Growth Bordeaux……etc., and culminating in last week’s climax brought about by a First Growth bottle of 1998 Haut Brion. This time, we decided to elevate things up a few notches more……How about indulging in two bottles of Red and White from First Growth Bordeaux Estate?! Our choices settled on the esteemed and illustrious Chateau Margaux. A 1999 Chateau Margaux and a 1998 Pavillon Blanc de Chateau Margaux. ( plus a bottle of 2014 Leoville-las-cases, Clos du Marquis as backup……just in case?! ). Once again, the wines ended up costing more than the meal, trumped the food effortlessly and shifted most of our attention and enjoyment away from the edibles.

1999 was a fine vintage year for Margaux. True to its ‘consistent form‘, the Chateau offered a seductive and fabulously perfumed wine. Taking over a couple of hours to open-up, the wine exudes aroma of black and red fruits/currants, vanilla and a nice shot of dark chocolate. Acidity was balanced; medium to full bodied, with a formidable mouthfeel of fine, cedar tannin. Austere, complex and concentrated and IMO still has some ageing potential.

The 100% Sauvignon Blanc, 1998 Pavillon Blanc, was one of the best Sauv Bl I have tasted and indeed worthy of being called best white in the Medoc. Green and flinty with a lively bouquet of white peach, Chinese plum and lemon/lime citrusy notes. The typical grassy element was minimal. Wine was well balanced, smooth and well rounded with crisp acidity. Almost Burgundy-like, probably due to its oaky component. A very classy wine!

As for the food. Since the venue was O’Mei……Yup! you guessed it right! It’s back to the good-old ‘Giant Lobster Multiple Ways‘ routine……AGAIN!..tasty but to some of us, becoming repetitive and boring! Sigh!!

However, based on taste and the evaluation criteria laid down by Michelin, this superb and delectable creation by O’mei, IMO, should deserve a serious mention in future edition of Toronto Michelin Recommended Guide for Chinese Restaurant!!

Lastly, for a change, maybe time for me to form a more humble and less profligate ‘ Noodle and Congee ‘ splinter group?! Ha! 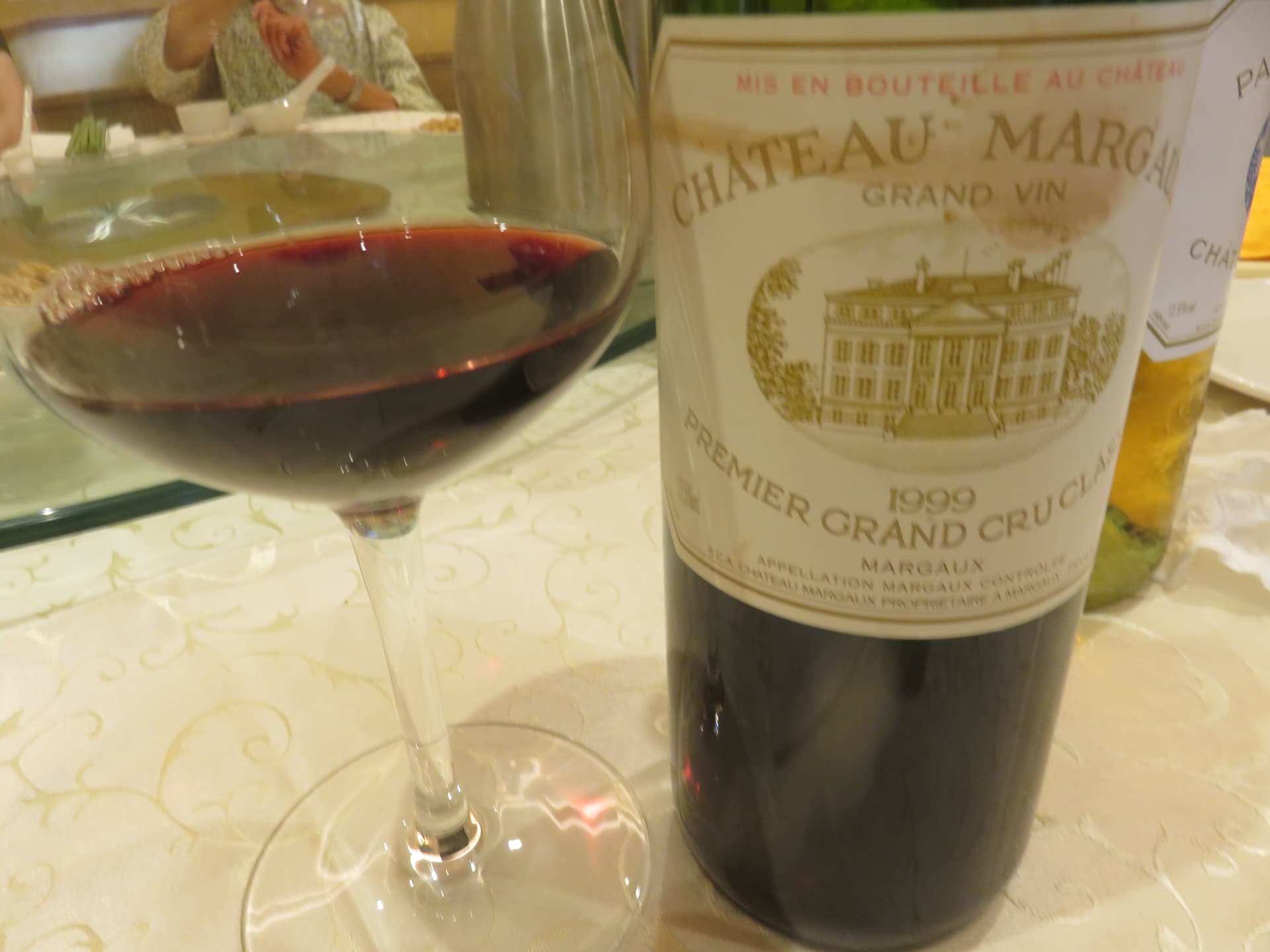 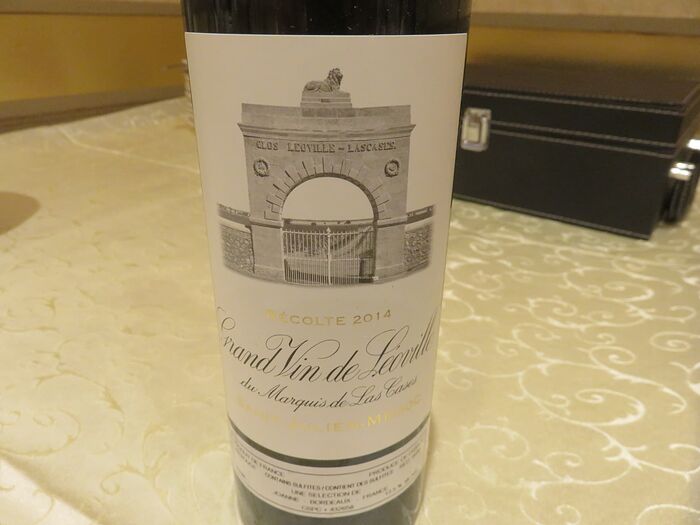 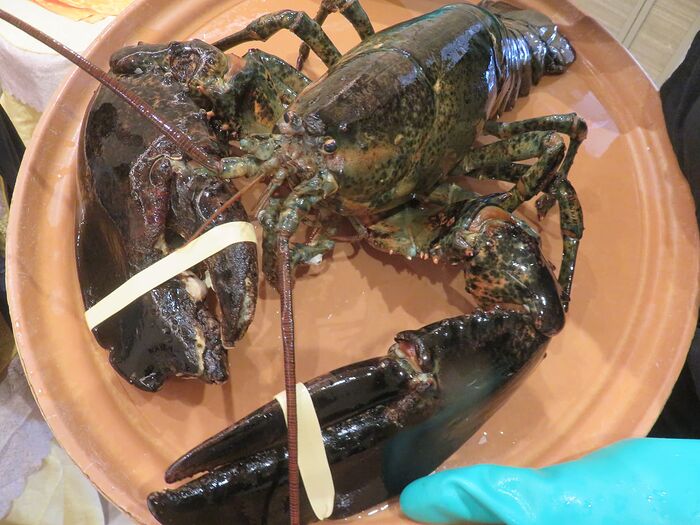 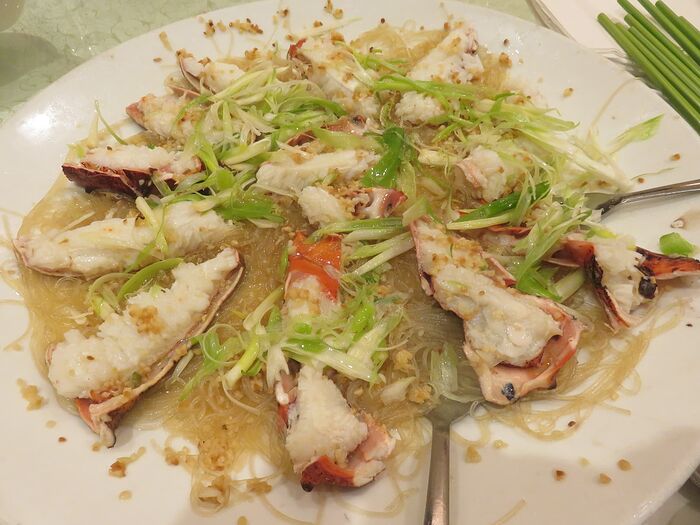 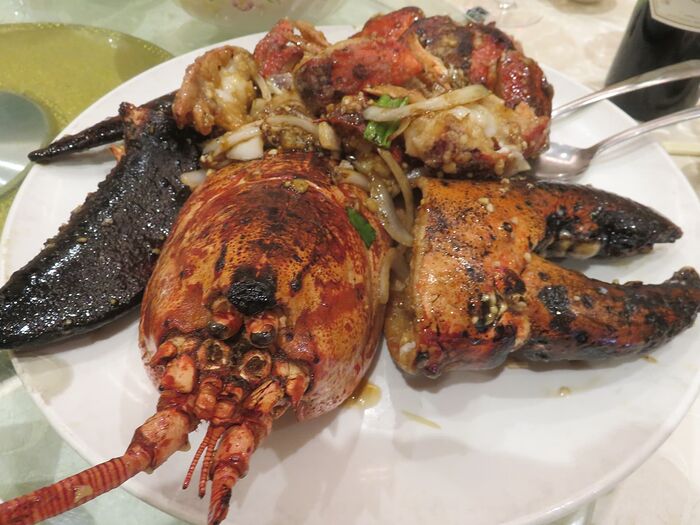 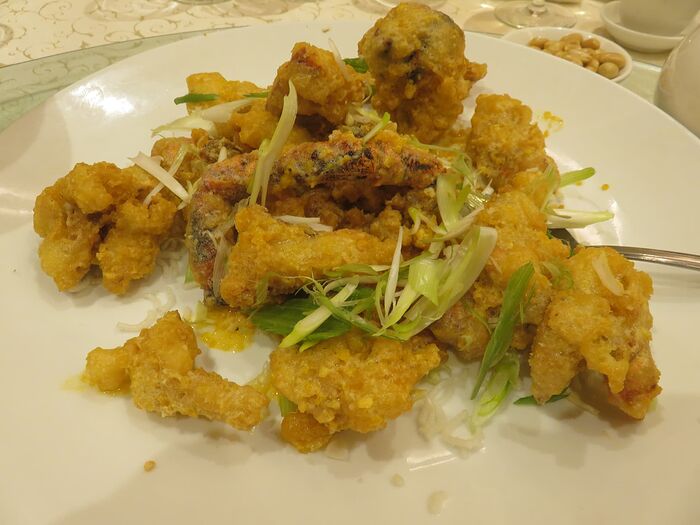 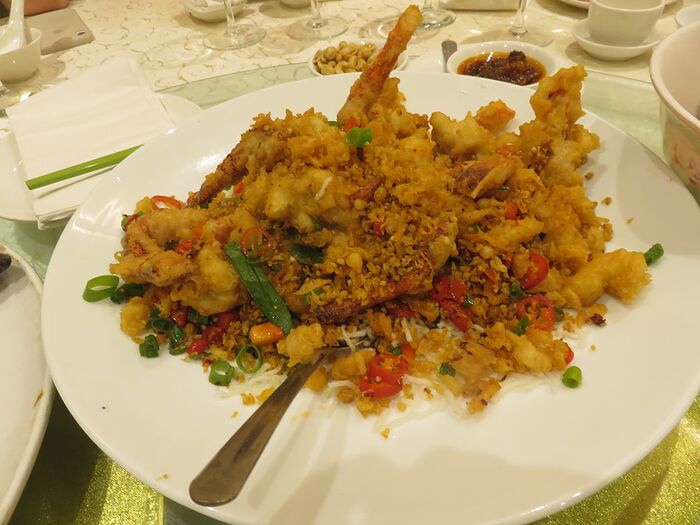 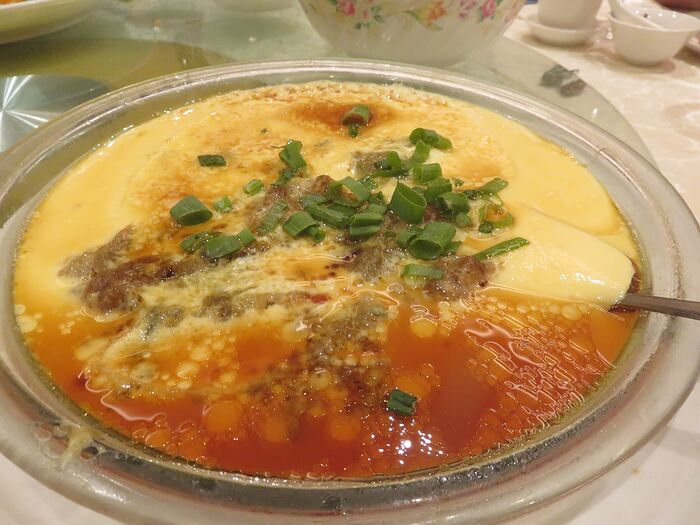 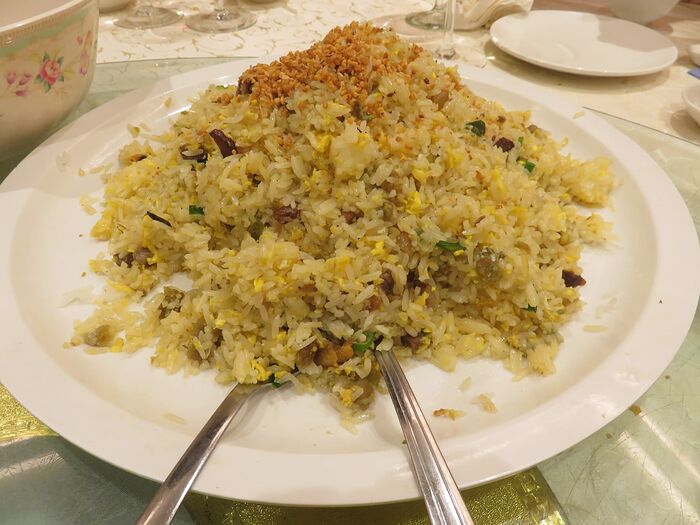 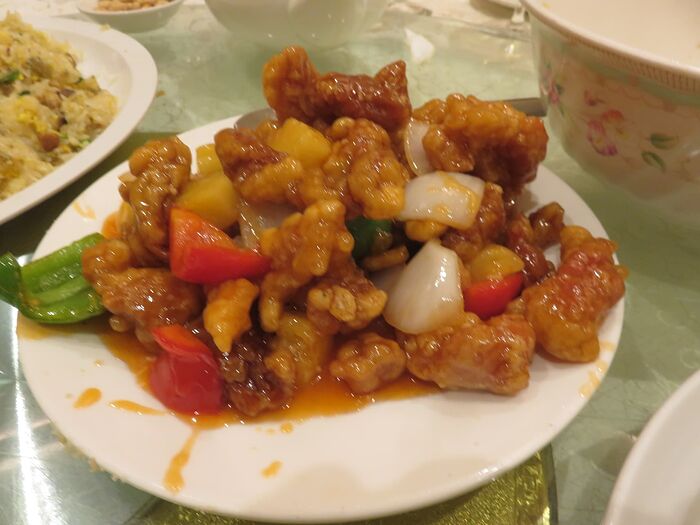 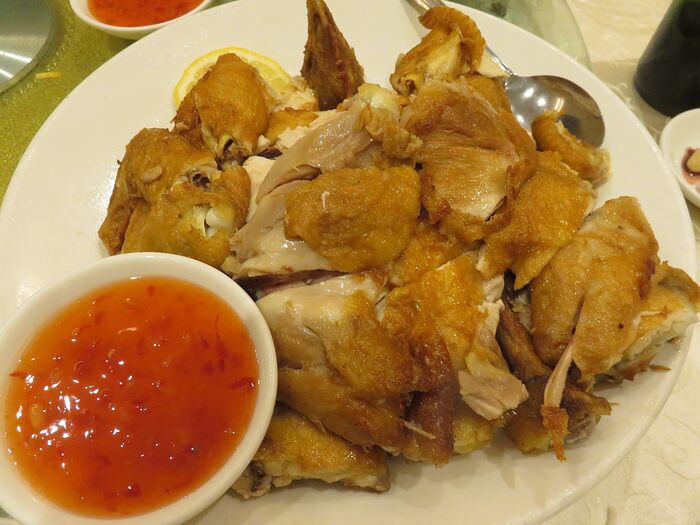 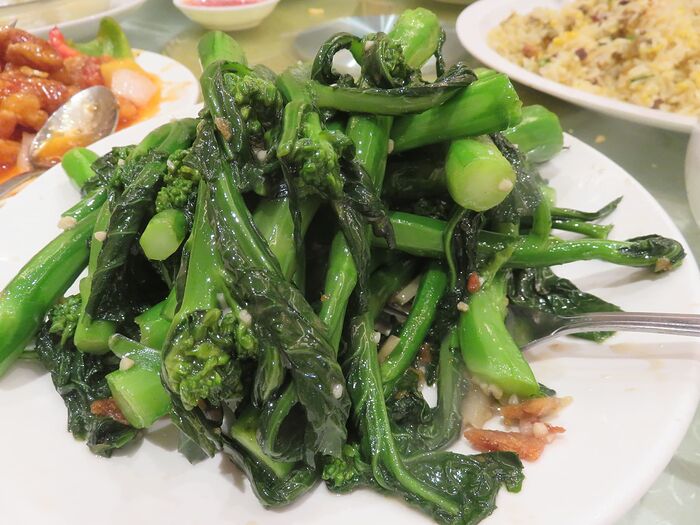 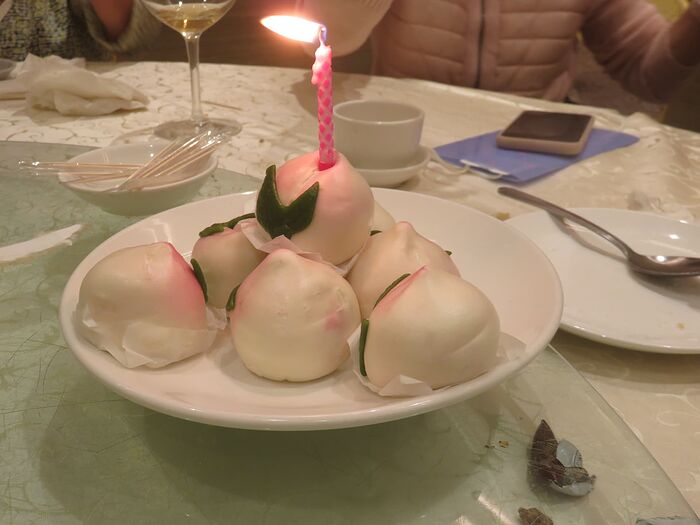 [IMG_0066] [IMG_0067] [IMG_0069] Tonight’s weekly chow-gathering is a meal involving numbers…lots of numbers!! The venue chosen is ‘ Providential 9, Markham‘. For our main wine choices, we leapt from the 1855 Bordeaux classified growth listing to the more recent, revised 1973 classification. The bottle we picked, a 1st growth Bordeaux from Pauillac….1999 Châteaux Mouton Rothschild. Rated 93 pts by Robert Parker and Wine Spectator. First, a little about the wine. A tiptop French classic, th…