What else? What would you expect to start seeing going forward once things open back up? 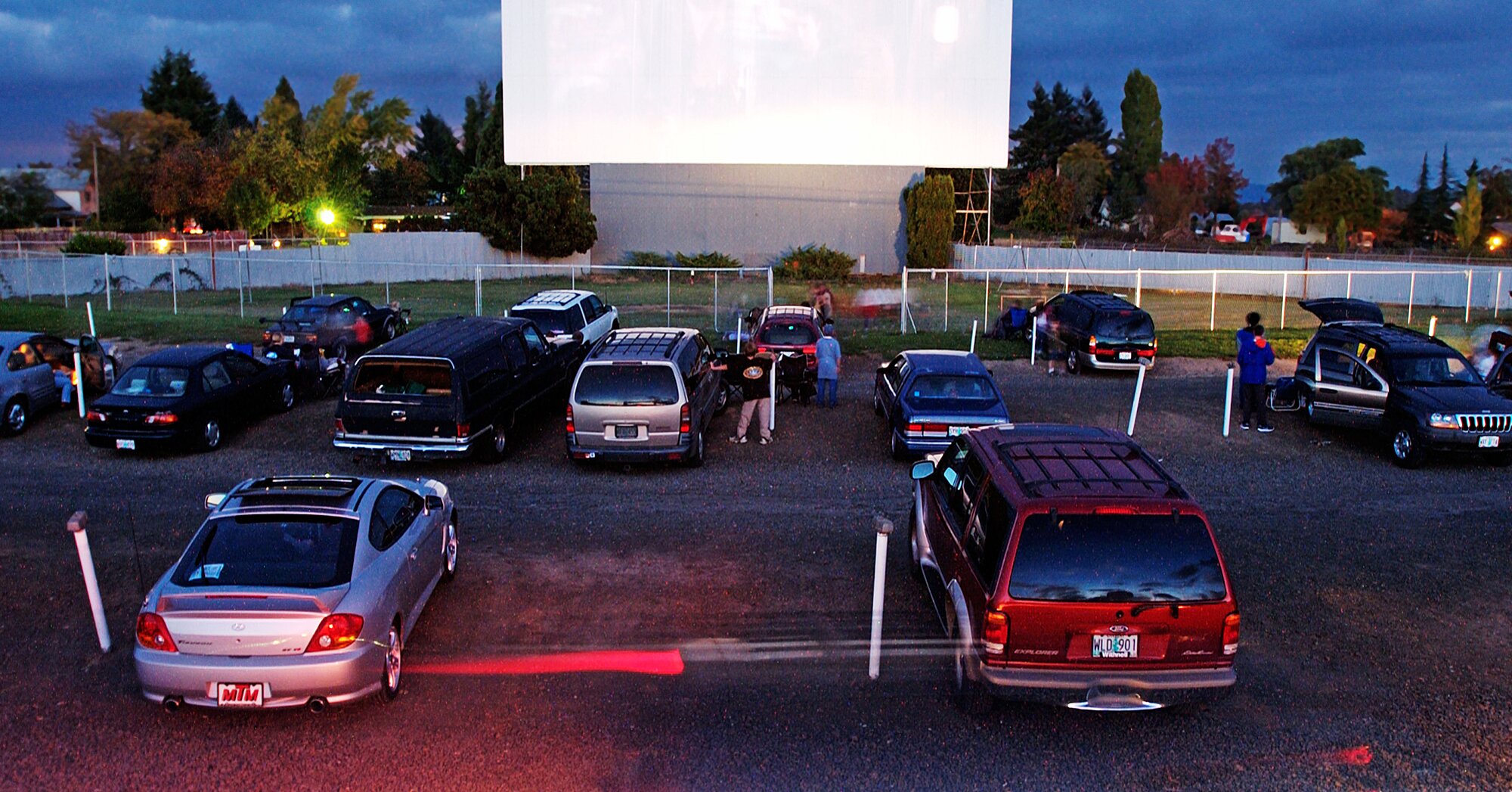 Restaurants Are Turning Their Parking Lots into Drive-In Movie Theaters

It's the perfect socially-distanced outing.

What would you expect to start seeing going forward once things open back up?

To date, I have only seen firm proposals for a way forward set by the Spanish government. It seems to set a staggered occupancy for restaurants. First, it will allow terraces and other open spaces to open at 30% occupancy, then moving to allowing indoor tables to be occupied at 30%, before everything moving to 50%. Nothing further than this is being planned at present.

I’ve also read about how one upmarket Madrid hotel is planning to open its restaurant. Basically, scrapping its buffet so everything is table service. It will include removing tables so that there is distancing. Plus requiring diners to wear face masks moving to and from their table and for staff to wear masks all the time.

Now, how on earth a restaurant is going to manage with this and still make a profit is a question as yet unanswered. I wonder whether eating out will become something restricted to the reasonably well off who can afford what are bound to be increased prices.

Not that I think there is going to be a general rush to go out for dinner once restrictions are relaxed. The hospitality industry is probably going to be towards the end of the queue for “normalisation” so it some way off. In the UK, the government has put the population into three broad categories. The vast majority are the ones who, of course, have to conform with the regulations but can work, visit supermarkets, etc. The second category - those over 70 or with underlying health conditions (which inlcudes me and Mrs H) are advised to treat the isolation more stringently. And the third group, who the government says need to be “shielded” from the virus are those who have serious medical conditions. They are very strongly advised not to leave their homes at all until about the end of June. Mrs H and I have discussed this and said that, most probably, even when things are relaxed and our “group” can return to a new normal, we will probably follow the situation for the shielded group - just for extra safety. That, I’m afraid, was a rather long winded way of saying that, much as we enjoy restaurants, we enjoy not dying more so.

Funny you mention the buffet, I believe all buffets will be forced to change their structure. I do not see a balance between health departments and public (lack) of demand for that form of dining will allow that to continue.

Personally I have interest in a restaurant where an extensive salad bar is a big draw. The discussion is having a fully protected employee (face shield gloves etc) to work the salad bar, you instruct what you want on your salad and he prepares it for you.

There is also talk of “screening” people prior to admission to a restaurant. You would be subject to a fore head temperature check before being allowed into the premises.

you instruct what you want on your salad and he prepares it for you.

Oceania Cruises have that arrangement on their ships for all the buffet items. It works. It also seems to limit the number of idiots who stand in a buffet queue seemingly unable to make their mind up what they want to eat - while your own hot food is going cold.

Also think the temperature screening should be a no-brainer for restaurants supermarkets and other places where there are likely to be groups of people. It was something we saw on TV that was going on regularly in China in the early stages of the virus and I’m surprised it has not already become commonplace.

They are going to have to expand the space or remove half the tables. And add partitions. 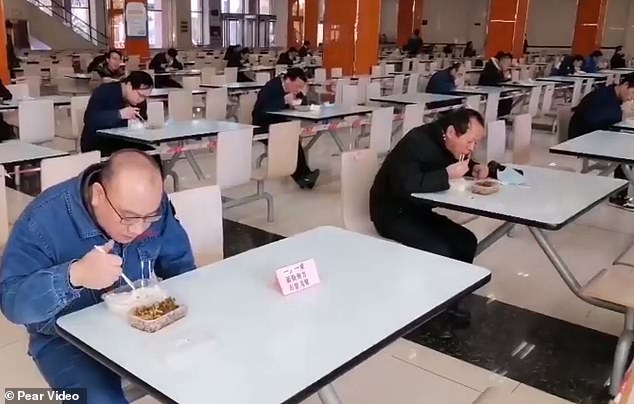 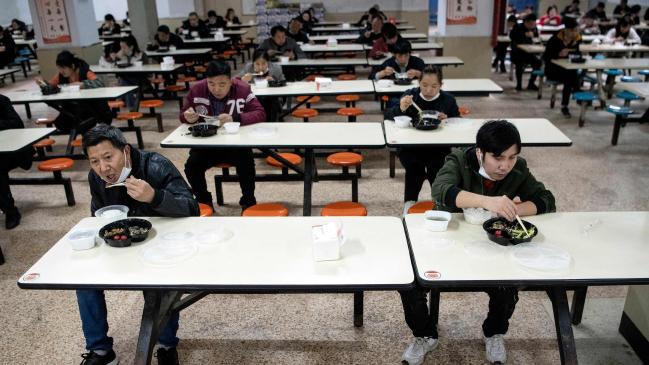 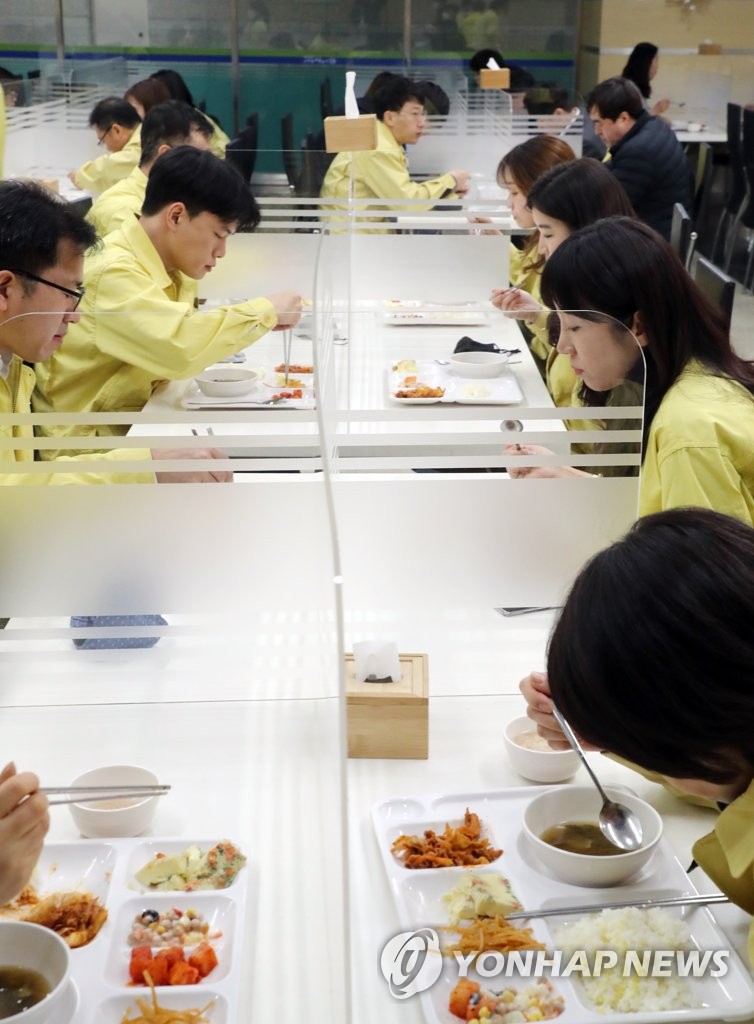 Korea already has restaurants like this way before the virus thing. I really like it. Must find it next time I go to Korea. 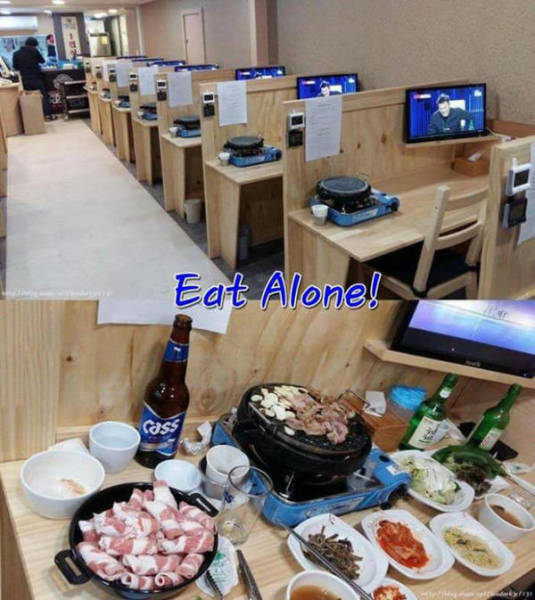 Back to the future: 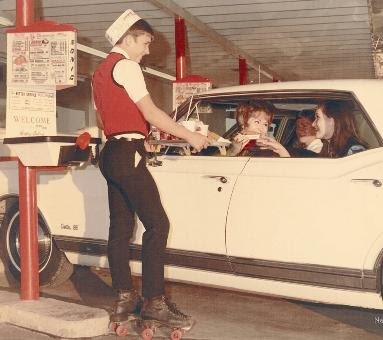 Starting tomorrow in Texas, restaurants, malls and movie theaters will be open at 25% capacity. I figure all those people who couldn’t be bothered to wear face masks will flock to these places. Let em have at it. I won’t be one of them. No matter what Greg Abbott says. I think it’s too early.

Sorry for getting on the soapbox.

Drive-in movies are likely to return as well, although they don’t help urban movie-goers. There will probably be more outdoor screenings of films in summer. Till now these have been free, municipally- funded events showing older films. But it’s not hard to imagine part of a megastore parking lot partitioned off at night, with movable fencing, charging admission for new films that are projected onto a white wall, to viewers seated on benches or their own lawnchairs.

We have an actual drive-in theater here…they just announced reopening in every other space.

Governor is saying we’ll try this…if theres no spike then we can talk about the next step.

Miami is not included, as it’s still bad there. 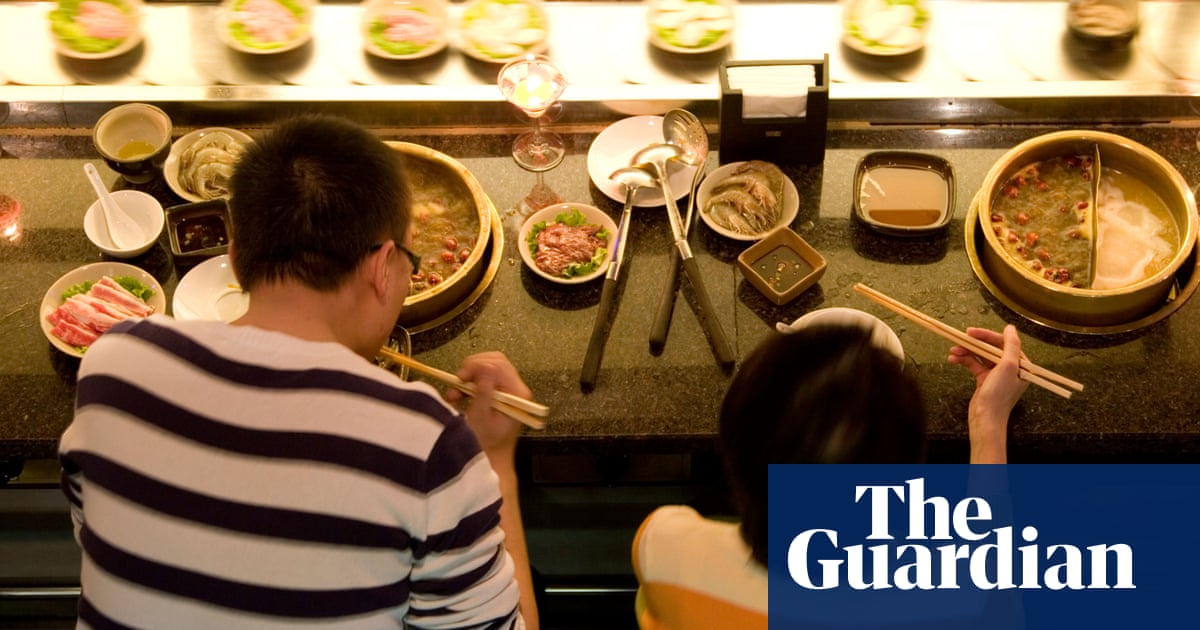 Drive ins! My first movies were drive ins at Valley Stream in New York! For some reason the one that stuck with me was Planet Of The Apes. Not so much the movie, but the opening sound track.

Here’s an idea from Sweden: 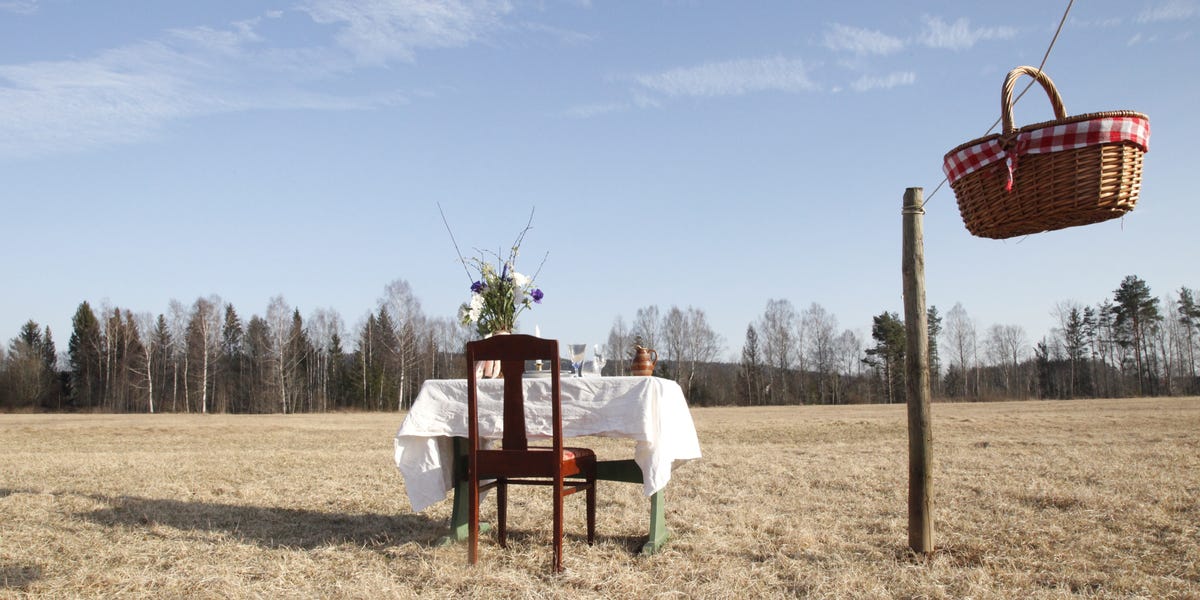 A one-person restaurant is opening in the middle of a field in Sweden,...

A restaurant in Sweden is taking the concept of social distancing to a whole other level: It will only serve a single guest each day.

At times, we Europeans can come up with some very silly ideas.

As a species of performance art  (or something), it’s… interesting… As a restaurant? Hmmm…

Capacity restrictions, unless soon and permanently relaxed, will be many (really many) operators’ death knell, because leveraged landlords cannot be counted on to make timely rent adjustments to promote their restaurant tenants’ survival. When regulators fail to move at the speed of business, they dislocate the market, and often are not accountable to those their pokey pace injures.

I wonder. I think it hasn’t really been working for years so in a way its good if it doesn’t back to what it was, but I don’t know what will work better. If you barely made a profit in the last few years, quarter or half capacity going forward is a losing proposition.

What if you pre-ordered online and got your table assignment and had way less server interaction?

People have been complaining for years about being crammed into small spaces to dine on top of each other. And I’m always annoyed by loud music blasting while I’m trying to enjoy a quiet meal. On the plus side, I read that upon re-opening, restaurants will reduce their capacity by 50% and many have cancelled their streaming music services. On the down-side reduced capacity in restaurants that only seat 20-or-so diners at a time will not be able to survive.

Strange times now and scary for the near future.