Berlusconi: salad, pasta without garlic and onion. Doesn’t like fish.

Suarez: loves fried chickpeas the most. Favourite dish is cocido (a very nice braised/boiled meal with all sorts of meats, sausages and root vegs in it. My personal favourite dish from Spain and Portugal).

Kennedy: loves prawns and lobsters. Virginia ham. (What is this ham?)

Obama: typical fast food. A fan of his own brew.

The Queen: loves traditional British food. Doesn’t like seafood at all.

Mitterrand: oysters from his home region.

Rajoy: all kinds of stews.

Kim (Jong-Un): shark fin dishes, Emmental cheese. (I’ve read he was at boarding school in Switzerland in this youth and became quite fond of cheese). 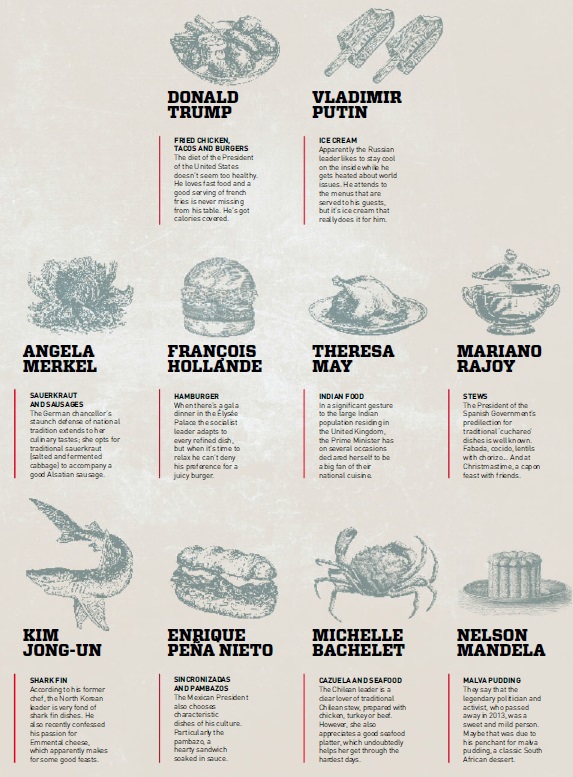 What’s the source for this? Because it seems…questionable. The only people on here whose culinary choices I’ve paid any attention to are Trump and Obama. The entry for the former seems mostly on point, although there’s no mention of Trump’s frequent consumption of well-done steak with ketchup, which has been documented. Obama’s pretty well known for his good taste in restaurants (and not fast food restaurants, either), his love of Ben’s Chili Bowl (which is fast food, I guess, but not, like, McDonalds) and his willingness to hang with Anthony Bourdain and eat noodles in Vietnam.

From 1 of the food mags (I have thousands of them).

We can’t know for sure where they got this kind of information. Probably “from xyz source” like they always claim. Take it with a pinch of salt. Just did a quick search “what world leaders like to eat”, got some similar results but not all.

Several of these have been dead for years.

And, FWIW, Churchill was usually a brandy drinker when it came to spirits. Although he did like whisky, I can’t recall anything about him enjoying whiskey.

Hollande likes chocolate too. He has a nickname Flanby due to his appearance.

The French feels Sarkozy is Hungarian.

USA native. I love that man and all he did for our countries.

Could it have been the roast beef that did him in?

Could it have been the roast beef that did him in?

Virginia ham. (What is this ham?)

Virginia country ham is a dried cured ham not unlike Spanish Jamon or Italian prosciutto. 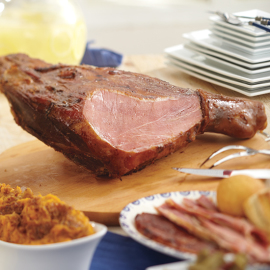 It is seriously one of the best things on this planet that you can put in your mouth. 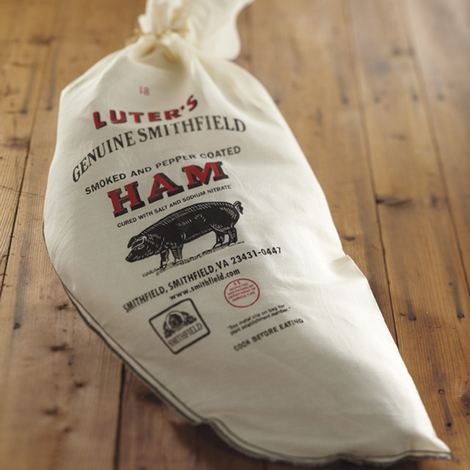 While not approaching the highs paid by Spaniards and Italians for chestnut fed wild boar hams, a good Virginia country ham in the US will run about $ 150, whereas an ordinary US bone-in wet cured ham will run maybe $ 25, so they are not cheap either.

Also difficult to find outside Virginia, Georgia and North Carolina, unless you mail order.

A fact which is self evident, especially if you have seen her from behind.